A recent pair of mass killings by ISIS may on the surface appear to be a ghastly surge of power from the terror group, when it fact they serve as a grisly reminder that the United States and the global community should be looking ahead to the next big terror threat under our noses.

The UK-based Syrian Observatory for Human Rights reported this week that their monitors witnessed this year’s largest ISIS mass execution, in which 33 young adults were lined up along a hole dug in the ground before their throats were cut. On the same day in Tikrit, Iraq, ISIS terrorists killed 22 civilians and police in a mass shooting and suicide bombings.

This is ISIS, 2017: When they feel backed against a wall, they lash out. When they feel their relevance is dwindling, they feel the need to get back in the headlines by any means possible. When they fear they’ve lost the shock value they once had, they try for something even more gory—even making young children execute prisoners on video.

This isn’t exactly a terror organization that’s in its heyday anymore. In this week’s new issue of Rumiyah, an ISIS recruitment magazine published in English and several other languages, Muslims around the world were urged to steal from non-Muslims and send ISIS one-fifth of the loot. The terror group even tried to sweeten the incentive by declaring if the non-Muslim was killed in the process, the jihadist could keep all of the victim’s personal belongings and even his family members.

The desperation smells rank. The demise of Islamic State territory in Iraq and Syria is within view, thanks to hard-fought gains on the ground by the Iraqi Security Forces in the battle for Mosul and the multi-sectarian, multi-ethnic Syrian Democratic Forces fighting to choke off and retake Raqqa. Despite the challenging battles, even ISIS understands their last stand is on the horizon.

If there’s one place ISIS is still getting the attention they crave, it’s from Washington. Yet, laser-focused vows to obliterate the Islamic State, already on the path to obliteration, need to more all-encompassing.

Secretary of State Rex Tillerson told the Senate Foreign Relations Committee during his confirmation hearing that nothing should “distract from our utmost mission of defeating ISIS” because “when everything is a priority, nothing is priority.” The network of modern international terror does not originate with the Islamic State, though, nor does the out-of-control wildfire of online propaganda dissemination and recruiting platforms that Tillerson acknowledged spread “poisonous ideology.”

“The demise of ISIS will also allow us to increase our attention on other agents of radical Islam like al-Qaeda, the Muslim Brotherhood and certain elements within Iran,” Tillerson said.

By “demise,” many in Washington mean the eventual loss of the physical caliphate in Iraq and Syria, though that’s not synonymous with the end of ISIS. Self-proclaimed caliph Abu Bakr al-Baghdadi has known that their territory wouldn’t last forever as he sells recruits on his washed-up, apocalyptic last-stand prophecy. Thus, ISIS’ focus has been on growth in outlying “provinces”—cells or pockets of ISIS control in places such as Southeast Asia, the Caucasus, the Gulf and North and West Africa—and on adherents launching attacks in countries in which they were born or raised.

ISIS has had to evolve beyond their caliphate, striving to be something more like their ancestors: al-Qaeda.

Before their shameless plea for money, ISIS was running a how-to terror series, from knives to vehicles to arson, in Rumiyah magazine, something al-Qaeda has been doing for years with more precise and user-friendly detail in their Inspire magazine. They’ve been two steps behind al-Qaeda in new territory: Before the gruesome July café attack in Dhaka, al-Qaeda had been terrorizing Bangladesh with machete attacks on carefully selected targets, including an American atheist. ISIS has been training kids and making them kill; Osama bin Laden’s millennial son Hamza, integral to their youth outreach, was promoted to the U.S. list of global terrorists in early January.

Al-Qaeda has made clear they don’t care which terror group gets the credit for homegrown jihad—they know part of their strength and growth is a vast array of jihadists around the world putting their resources and institutional knowledge to use. And 44 percent of Islamic terror cases in the United States over the past six years had no connection to ISIS, according to a George Washington University study last summer.

By dividing, you won’t conquer. It’s poor strategy to determine in an era of universal jihad, when terror groups freely poach ideas from each other and successful homegrown jihad is seen as a victory for all jihadists, that the cash-strapped terror group trying to bump up their death tolls and releasing beheading videos with the pace of a voracious horror franchise should receive front-burner counterterrorism treatment over the quieter yet dangerous and steadily growing terror granddaddy.

ISIS will unleash more carnage as their territory continues to shrink and they adjust to post-fame jihadism. All terror groups are in a global transition, with Telegram chat replacing arduous journeys to a training camp and the Taliban who once banned TV now releasing propaganda films under their own studio. Jihad globalization feeds buckets of recruitment, training and methodology from different groups into an overflowing, easily accessible melting pot.

Our strategy? Recognizing it’s simply impossible to forge victory out of pursuing one group first and worrying about the leftovers afterward. 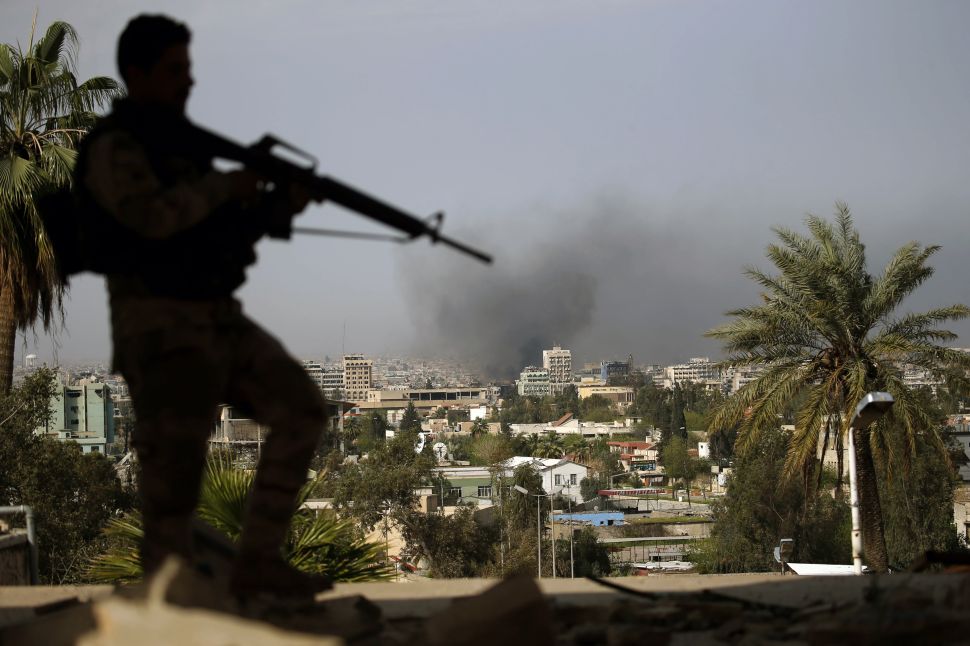