Before the Harry Potter series, J.K. Rowling was clinically depressed.

In the early 1990s, she returned to the U.K. to settle down in Scotland near her sister. A three-year stint in Portugal had led to a short, unhappy marriage, and she left the country as a single mother of a newborn child.

Rowling spent the next few years struggling to meet ends.

“I was jobless, a lone parent, and as poor as it is possible to be in modern Britain, without being homeless,” she said in her commencement speech at Harvard.

During this period, her depression took a dark turn, and she considered herself a failure. She had fallen and felt stuck. She even contemplated suicide.

Luckily, she found it in her to seek help, and writing became an outlet.

The idea for the Harry Potter series had come to her years before on a train ride from Manchester to London. She had worked on a few chapters in Portugal, but she only really found her momentum back in the U.K.

Rowling finished the first two books while still on welfare benefits. The dementors introduced in the third book were inspired by her mental illness.

The whole world now knows the story of The Boy Who Lived, but not many people know the struggle behind his creation. It holds a very practical lesson.

Seemingly definitive failures can often be debilitating. They break many, but J.K. Rowling’s story provides a rich narrative for how this kind of failure can be made temporary with the right approach. Let’s take a look.

Rock-Bottom is a Foundation, Not a Conclusion

A consequence of a psychological rock-bottom is that we cease to recognize opportunities. We get so caught up in defeat that we don’t sense when another road might be opening up. We see our situation as a conclusion.

In reality, that’s not really where it ends. The act of falling to the ground comes with a strange and unintended side-effect. Liberation. With nothing more to lose, we have a foundation and this foundation limits downside.

With the onset of her depression and the lack of visible opportunity, Rowling treated her rock-bottom as a conclusion, and the feeling that accompanied her failure was acceptance. She believed in the story she told herself.

That began to change after her visit to seek help. With time, she realized that though her situation was what it was, it could also be more. With defeat behind her, she was left with great upside potential and little downside risk.

In a state of definitive failure, we don’t have to worry about what other people think, or face any more pain than we’re already in.

We can focus our attention with more deliberation and less hesitancy. With a platform below us, we can move with more clarity and more confidence. With less risk, we have the incentive to chase the reward more aggressively.

It’s not easy to think like this when we feel at our lowest. Feelings of inadequacy don’t go away because we want them to, and that’s okay. You just have to accept that you can either stay where you are, or decide to be more.

Less is Generally Not a Bad Thing

Failure can place limitations on our means by stressing our resources.

If you’re a business owner and you’re dealing with low demand, you might be faced with a need for a new source of income. And until you’re able to readjust, you may even have to downsize. It’ll force you to live with less.

In most developed countries, we live in societies of abundance, and after a while of getting used to that abundance, it can be easy to fall into the trap of thinking that less is bad. It’s actually often the opposite of that.

Barry Schwartz has analyzed much of the research on the topic. In The Paradox of Choice, he explains how backward our thinking on the concept is.

He points out that although modern culture is obsessed with the freedom of choice, more choice isn’t a good thing. Research has consistently shown that the more we have to choose from, the less likely we are to do things.

Limitations Can Fuel Work and Resourcefulness

When Rowling returned to the U.K., without a job or the ability to accumulate, she produced far more in the next few years than she had in the years leading up to her new life.

She attributes this to the routine guided by the simplicity of her life. There wasn’t much she could do, so she would pretty much just get up in the morning and go to a cafe. Her daughter would sleep, and she would write.

Such limitations also drive resourcefulness. When we have more, we follow existing patterns built into our environment. We have less of an incentive to look beyond what’s immediately accessible and how it’s presented.

That isn’t the case with less. If you want to keep moving, you have to think outside of the box. You’re pushed to be creative, and that sparks inspiration.

Failure often simplifies, and it eliminates. It removes any excess noise, and though these limitations may initially appear as hurdles, if you use them right, they actually free you to better stimulate momentum.

The likelihood of success depends on the effectiveness of output and the consistency of effort. It’s not only about creating great work, but it’s also about how far you’re willing to go for it.

Rowling is now a globally renowned author. Her success with the Harry Potter series can’t just be attributed to luck. Critics widely agree that she’s a talented writer, and the rest of us can attest to the beauty of her imagination.

In spite of that, she didn’t always have the easiest time convincing others of that. According to some sources, she was rejected by 12 major publishing houses in the U.K. It wasn’t until a year after her first attempt that Harry Potter and The Philosopher’s Stone was recognized as a tale worth printing.

Today, the first book alone has sold more than 100 million copies, and the combined series is estimated to have sold close to 400 million. It’s the highest selling book series in the world.

Probability of Success Increases with Persistence

In hindsight, it’s easy to laugh at the absurdity of it all. But what if she would have quit after that first round of rejections? It’s almost a scary thought, but it’s not an unreasonable one.

Now, this isn’t to say that we should always push ahead in spite of external circumstances. Sometimes, we’re just not good enough, and sometimes, the reward is insignificant relative to the risk. It’s important to have checks and balances in place to provide a sanity check.

The only real point is that persistence matters. Rejection and failure may not be easy to absorb, but if you have a rational reason to believe that what you have to offer is of value, then showing up and trying, again and again, is a critical part of any strategy for success.

In statistics, the law of large numbers dictates that if our sample size is small, then factors of chance play a greater role in determining an outcome.

For example, if you flip a coin twice, you could very well land on tails with each flip, even though the probability of each avenue is even. If you flip a coin 200 times, however, you’re far less likely to have randomly skewed results.

J.K. Rowling has been there. Before her status as the most successful living author, she had her own struggles. Mentally, these struggles weren’t too different from the kind that the rest of us face from time to time.

This is what her story can teach us:

I. Choose to see rock-bottom as a foundation and not a conclusion. A byproduct of failing is a sense of liberation. With no more room to fall any further, the risk relative to the potential reward gets skewed. It can be easy, in a state of pain and disappointment, to not see that as an opportunity. Try to.

II. Use limitations to fuel resourcefulness and inspiration. Heavy defeats, in part, hurt because they limit us. They force us to restart and get by with less. Fortunately, that’s not a bad thing. Limitations help cancel out the noise. They force creativity by providing a more opportune environment for it to flourish.

III. Take control by increasing your odds of success with persistence. Success depends on the consistency of effort as much as it does on the quality of work. We can produce great work and not have it recognized. It takes more than that. It’s a numbers game. Trying again and again makes all the difference.

Failure is an inevitable part of life. It can stop us from aspiring and achieving. Dealing with it is a skill, and psychological preparation can go a long way.

As with all matters of the mind, however, it’s much easier said then done. You have to actively fight it to beat it.

Love learning? Zat Rana publishes a free weekly newsletter at Design Luck. He uses engaging stories to share unique insights on how to live a better life by dissecting science, art, and business. This article originally appeared at DesignLuck.com. 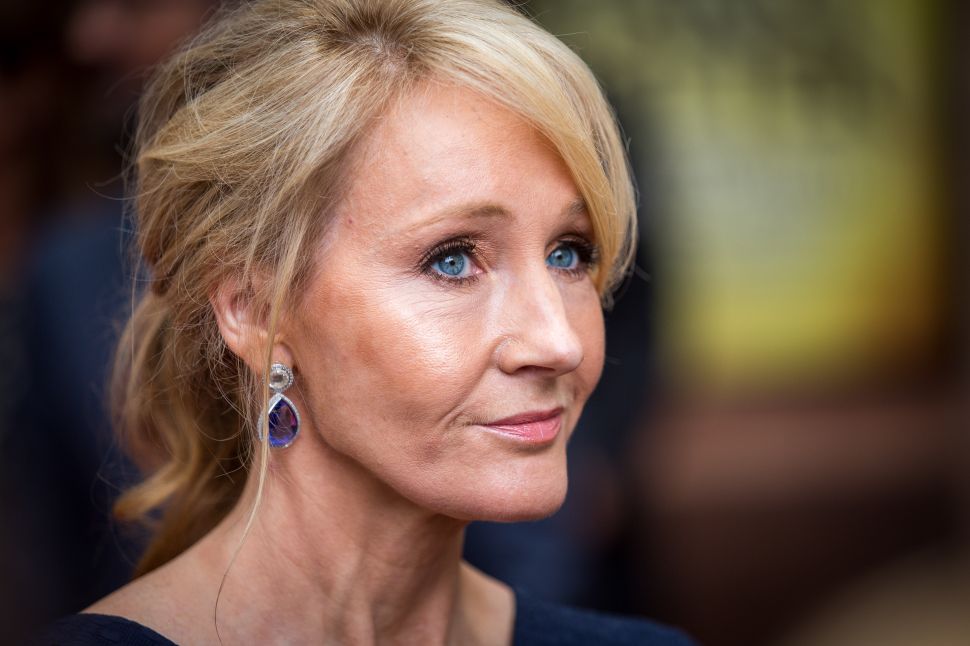