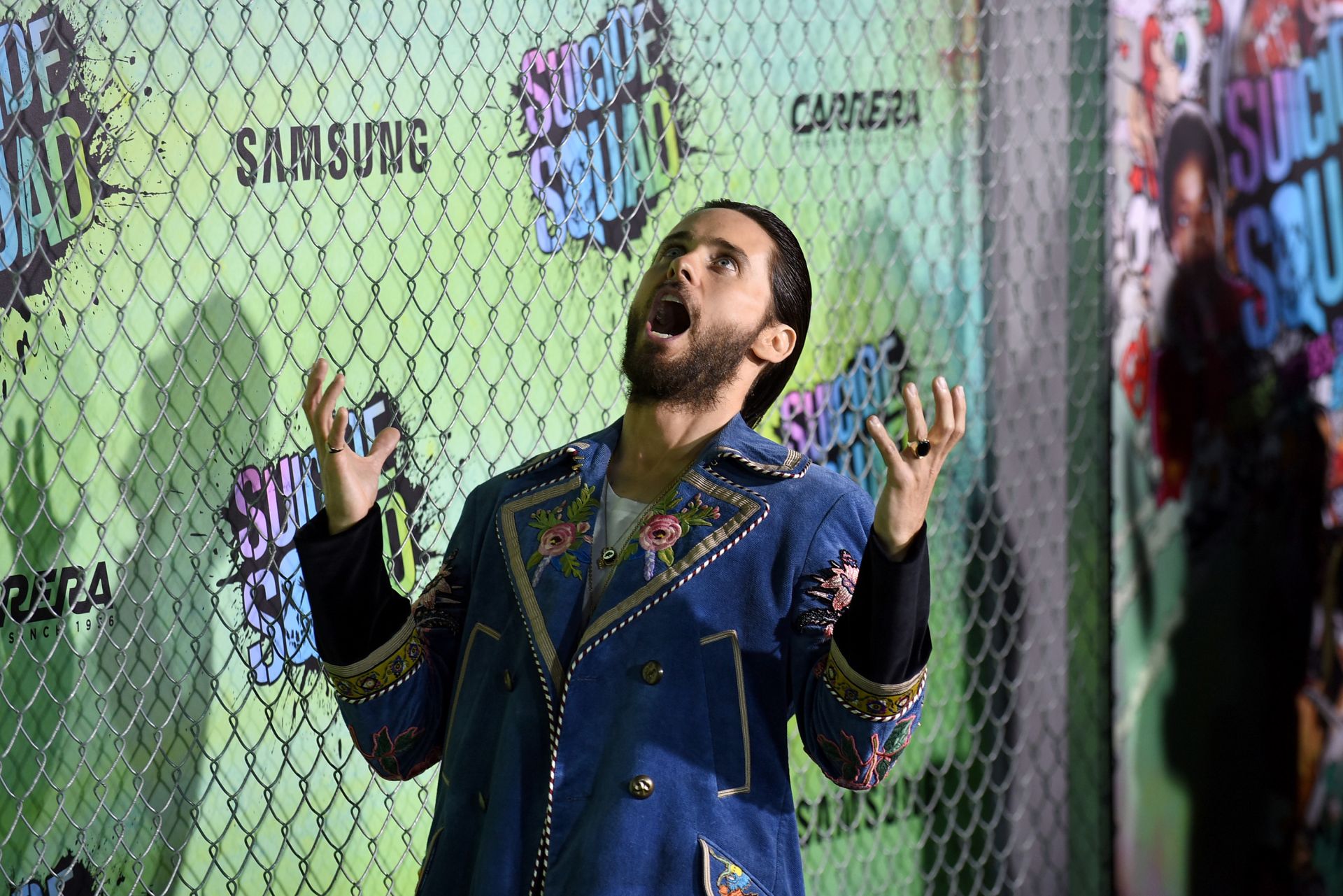 Jared Leto wants out of his midcentury Hollywood Hills come - click through to see the newly staged home.
Bryan Bedder/Getty Images for Carrera 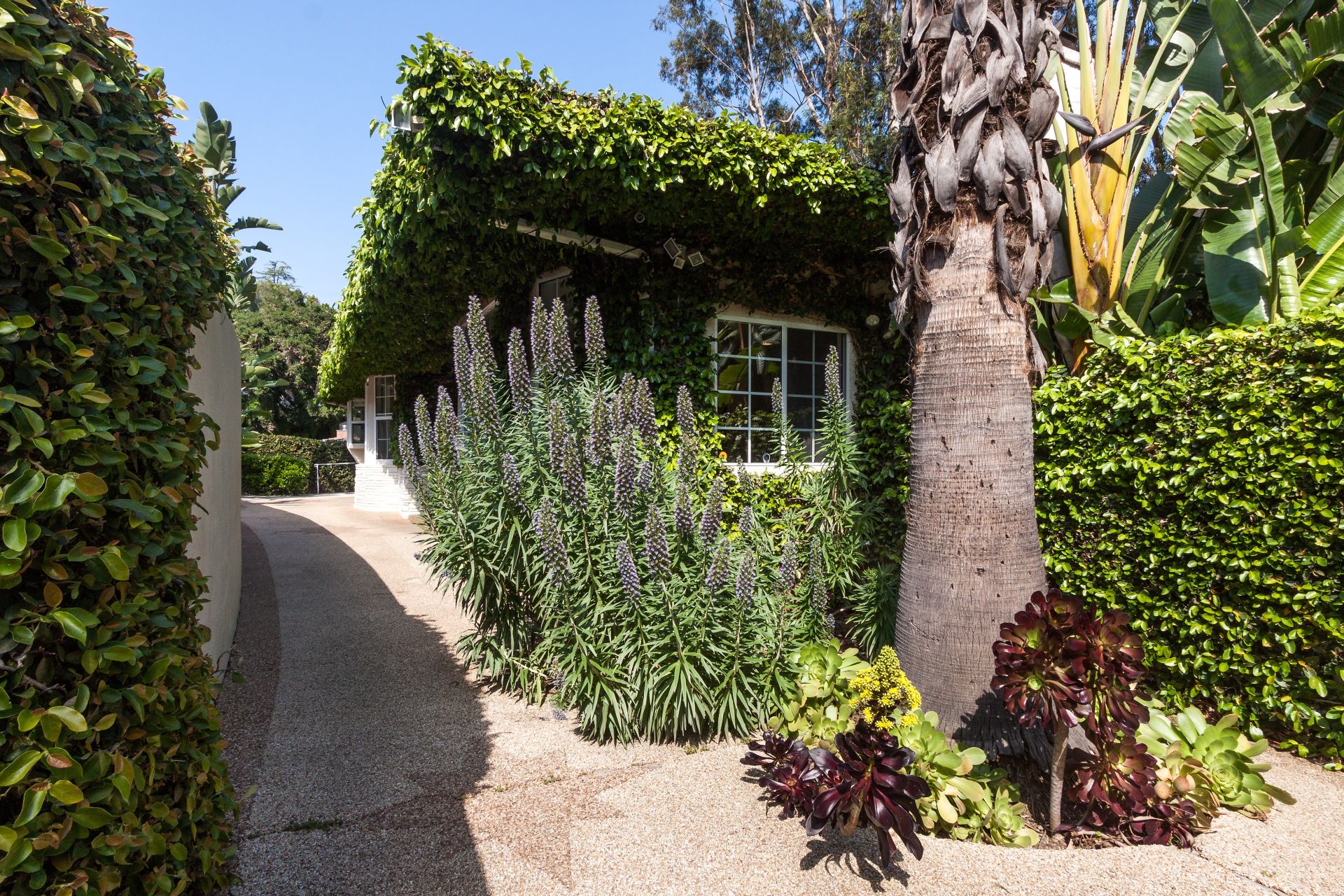 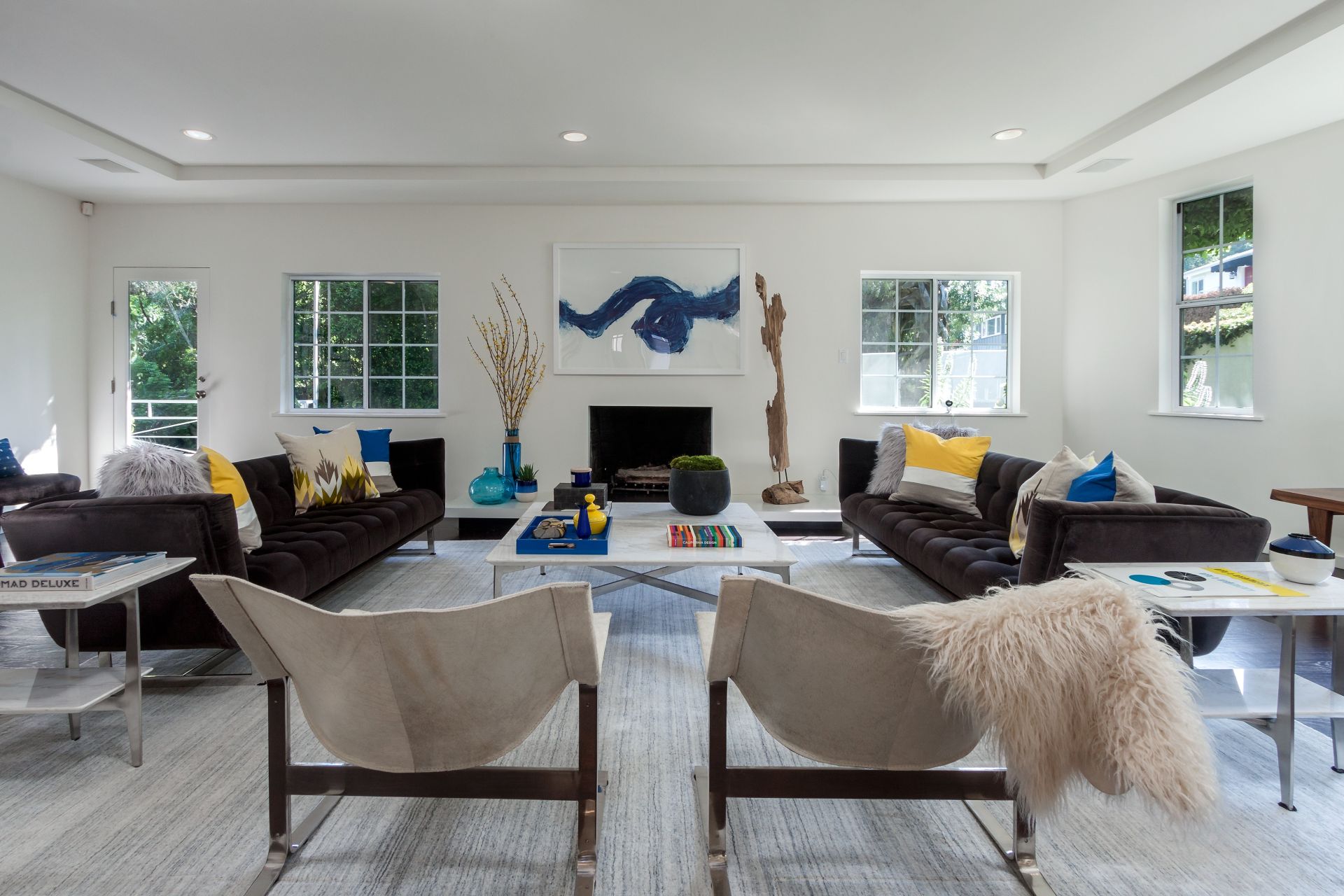 It's way more photo-friendly than before.
PJ McMullan from Shooting LA 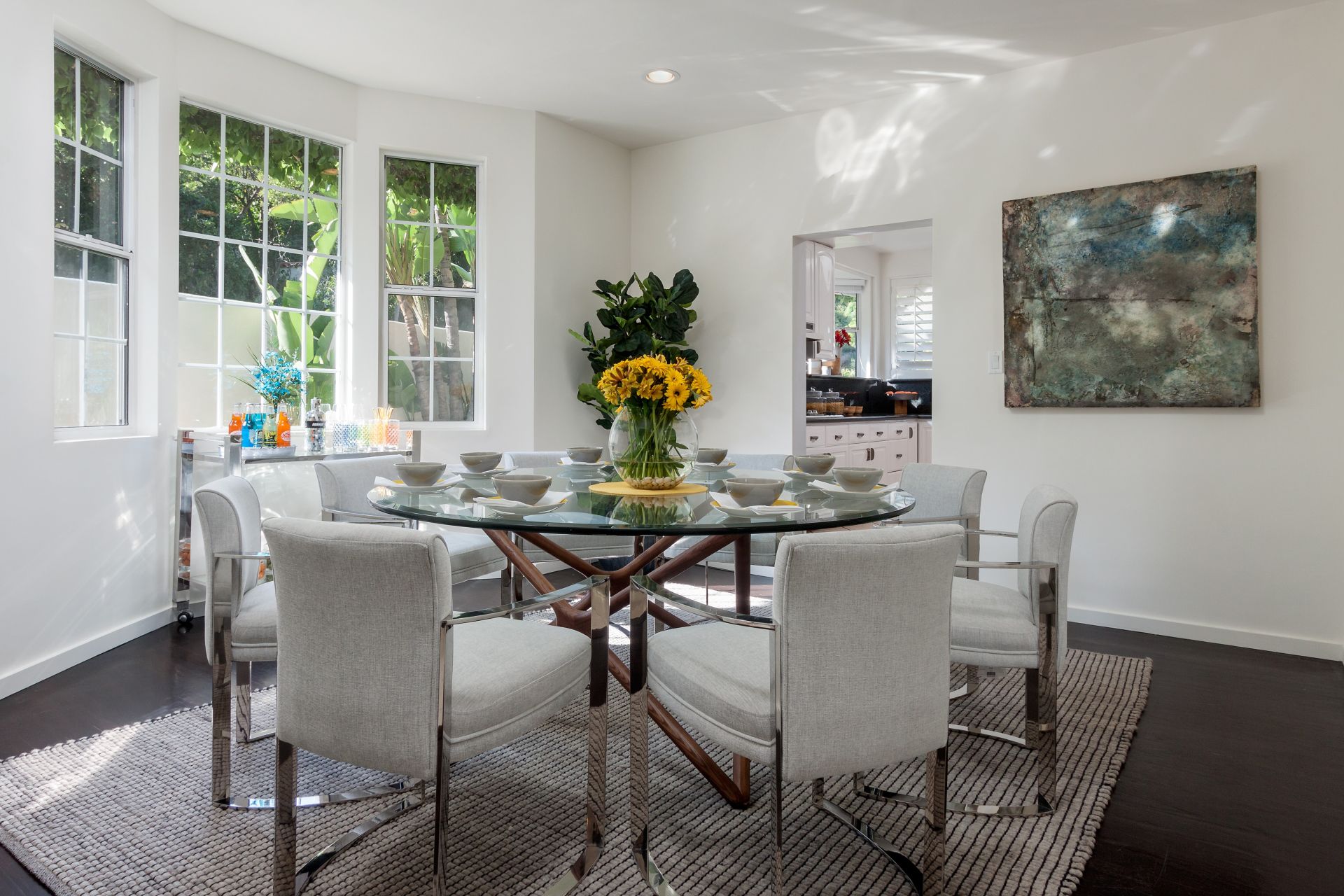 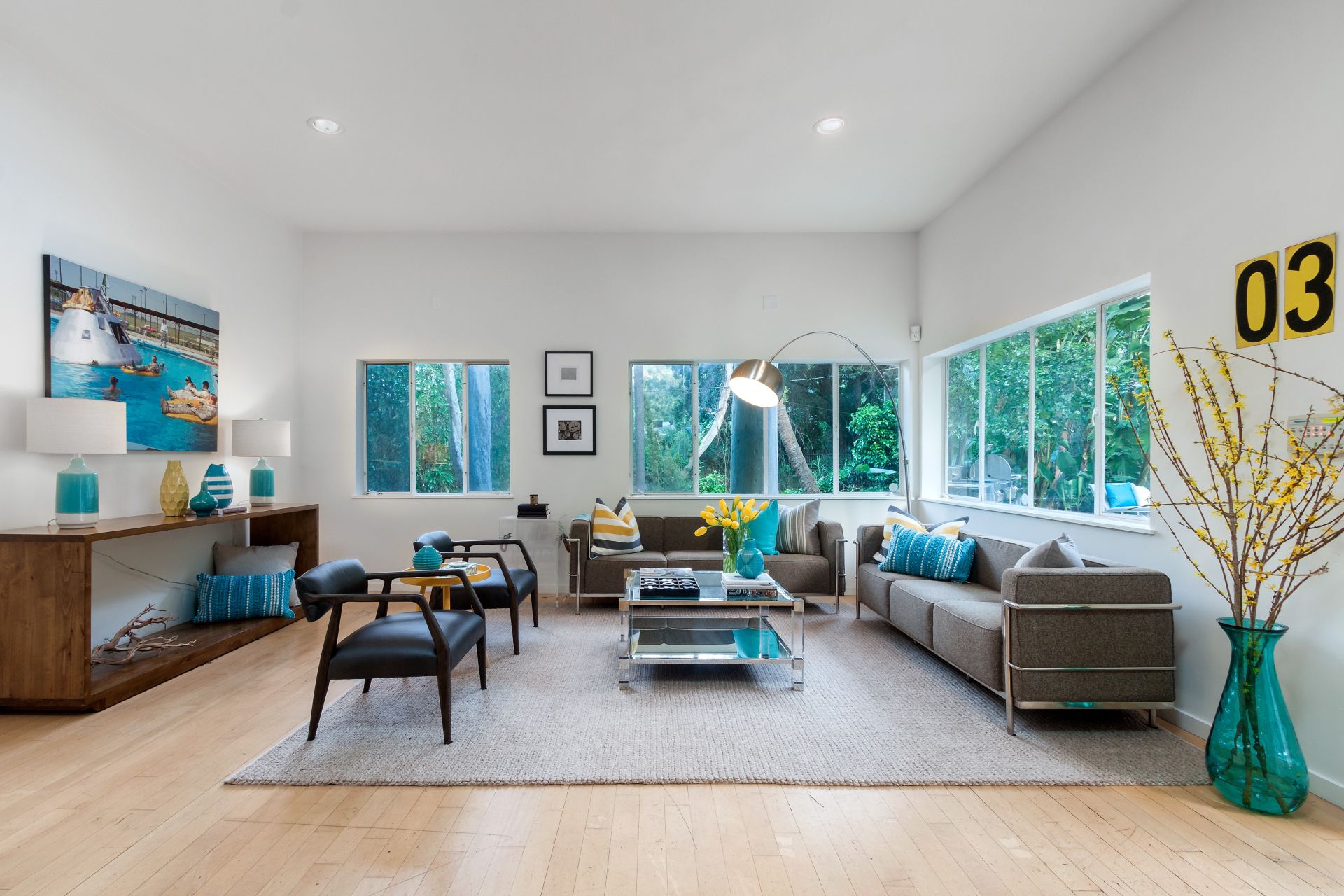 Leto has since moved to a warehouse-like complex.
PJ McMullan from Shooting LA 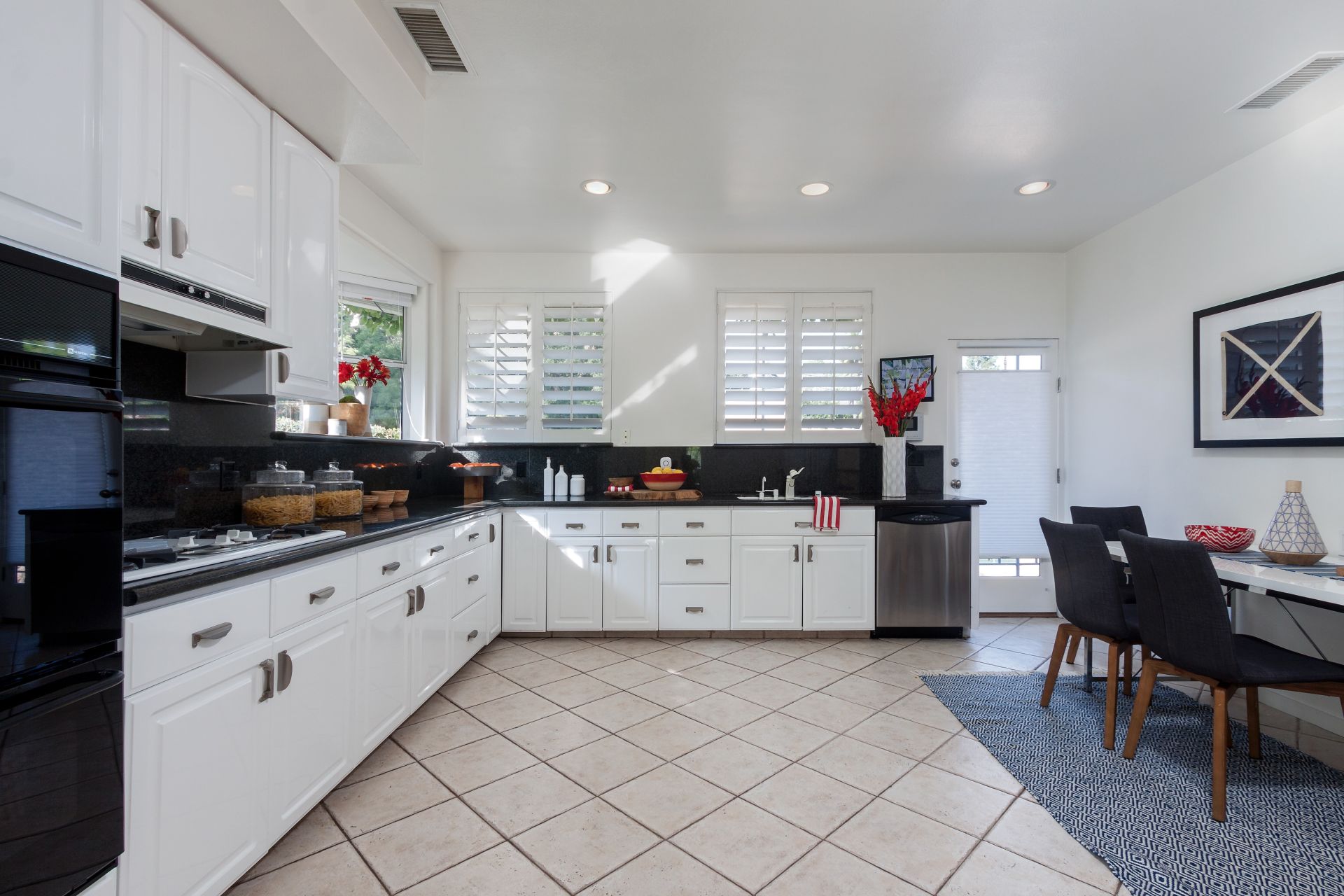 The kitchen is perfectly nice, but the tile looks a tad dated.
PJ McMullan from Shooting LA 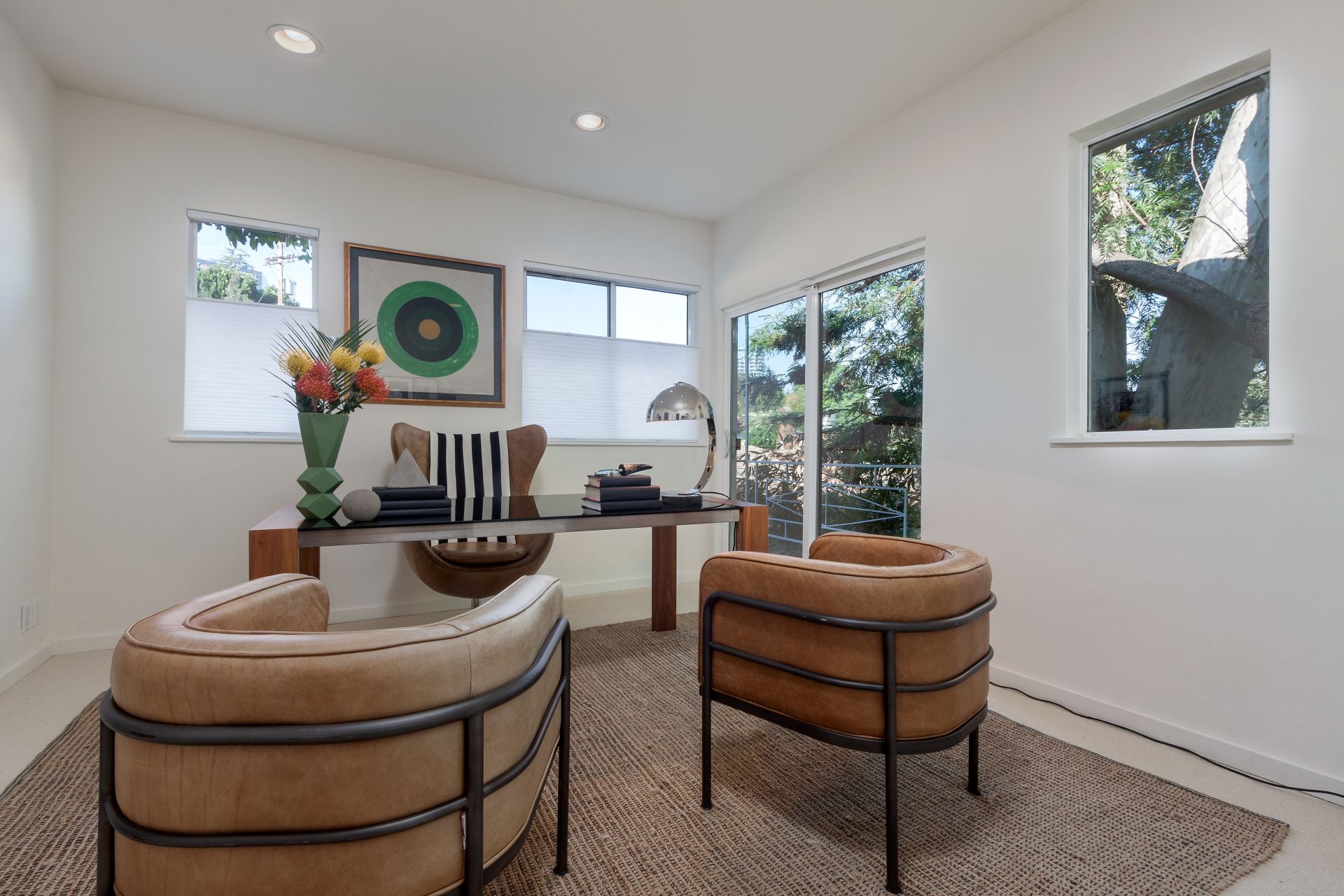 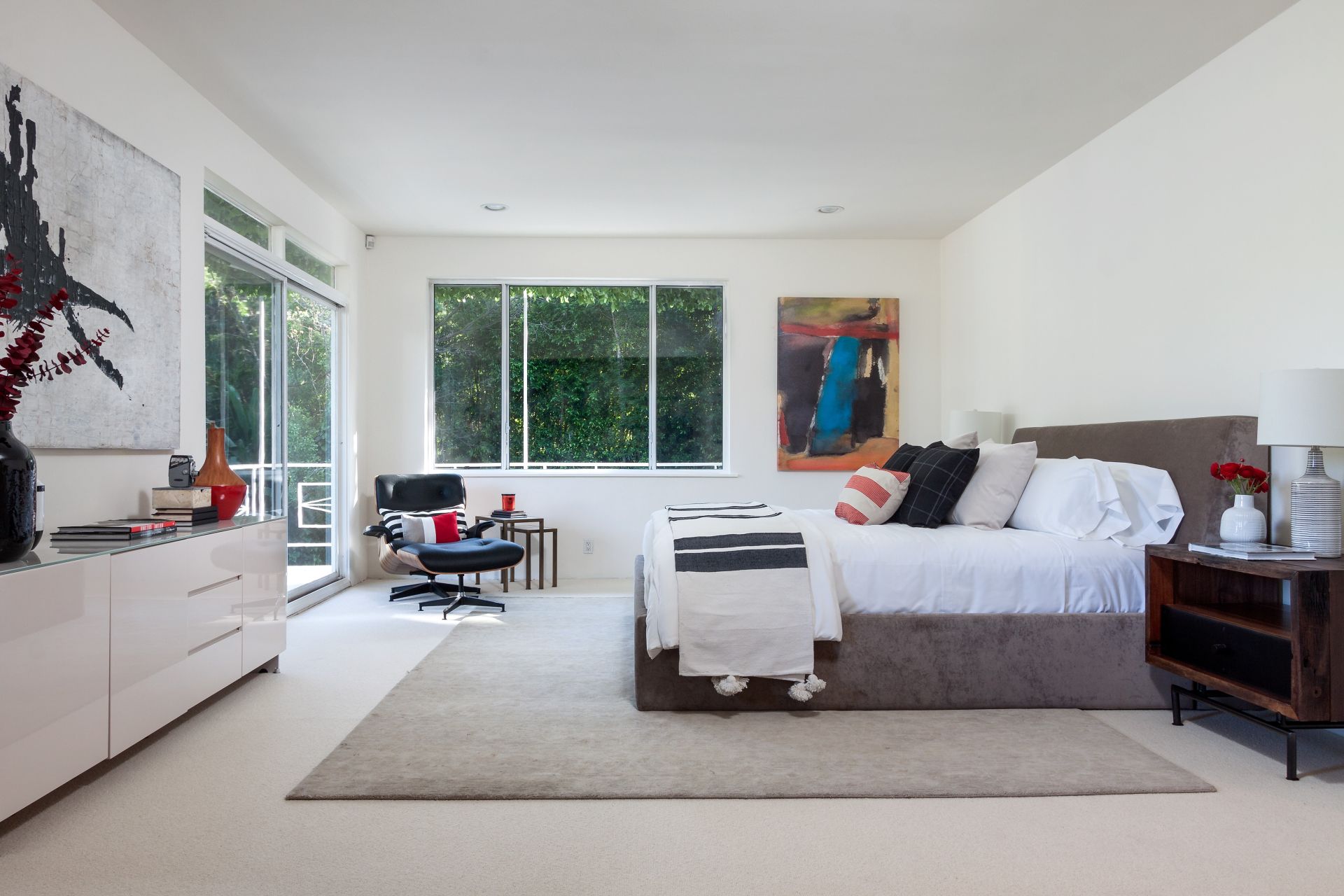 One of four bedrooms.
PJ McMullan from Shooting LA 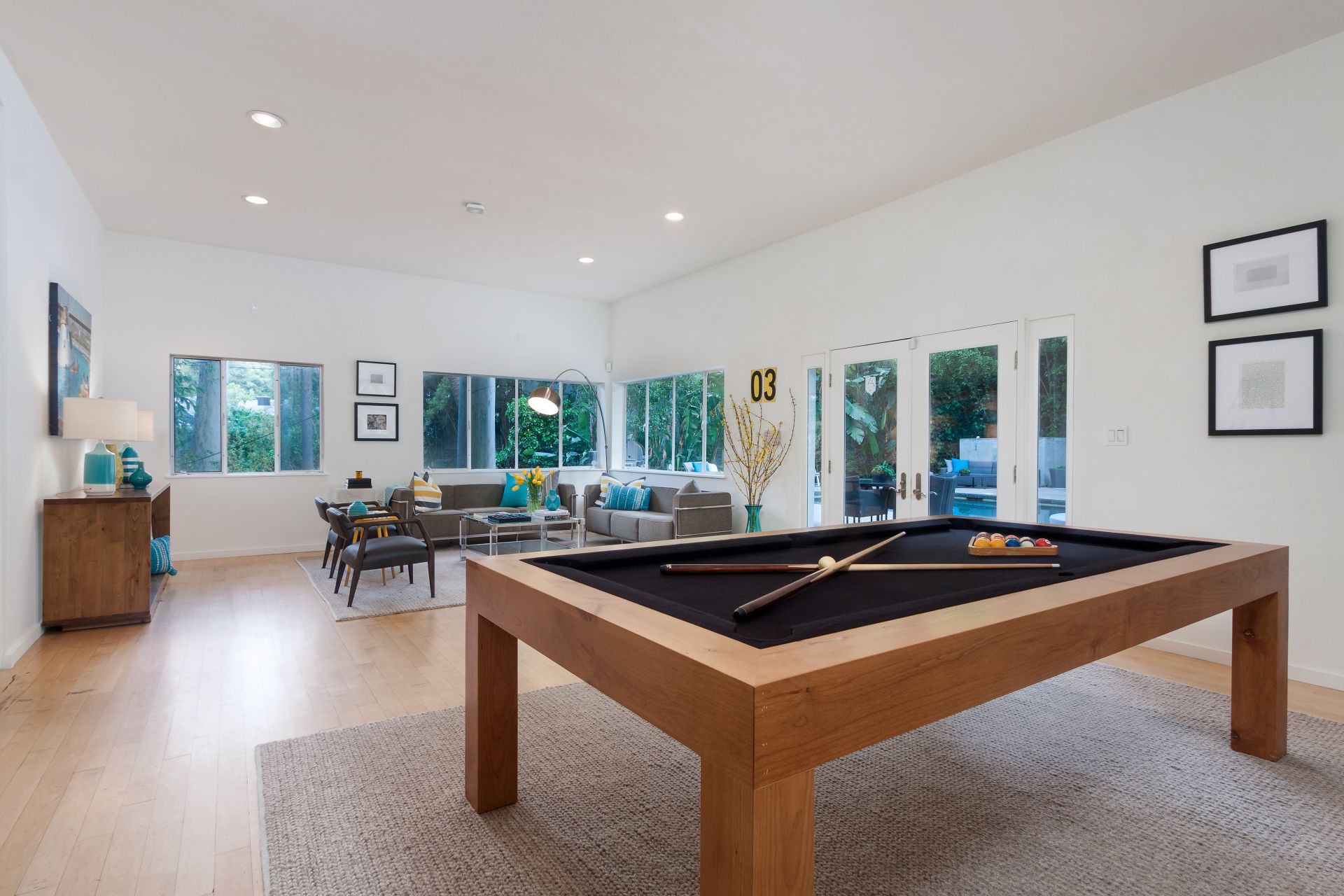 The actor purchased the home in 2006.
PJ McMullan from Shooting LA 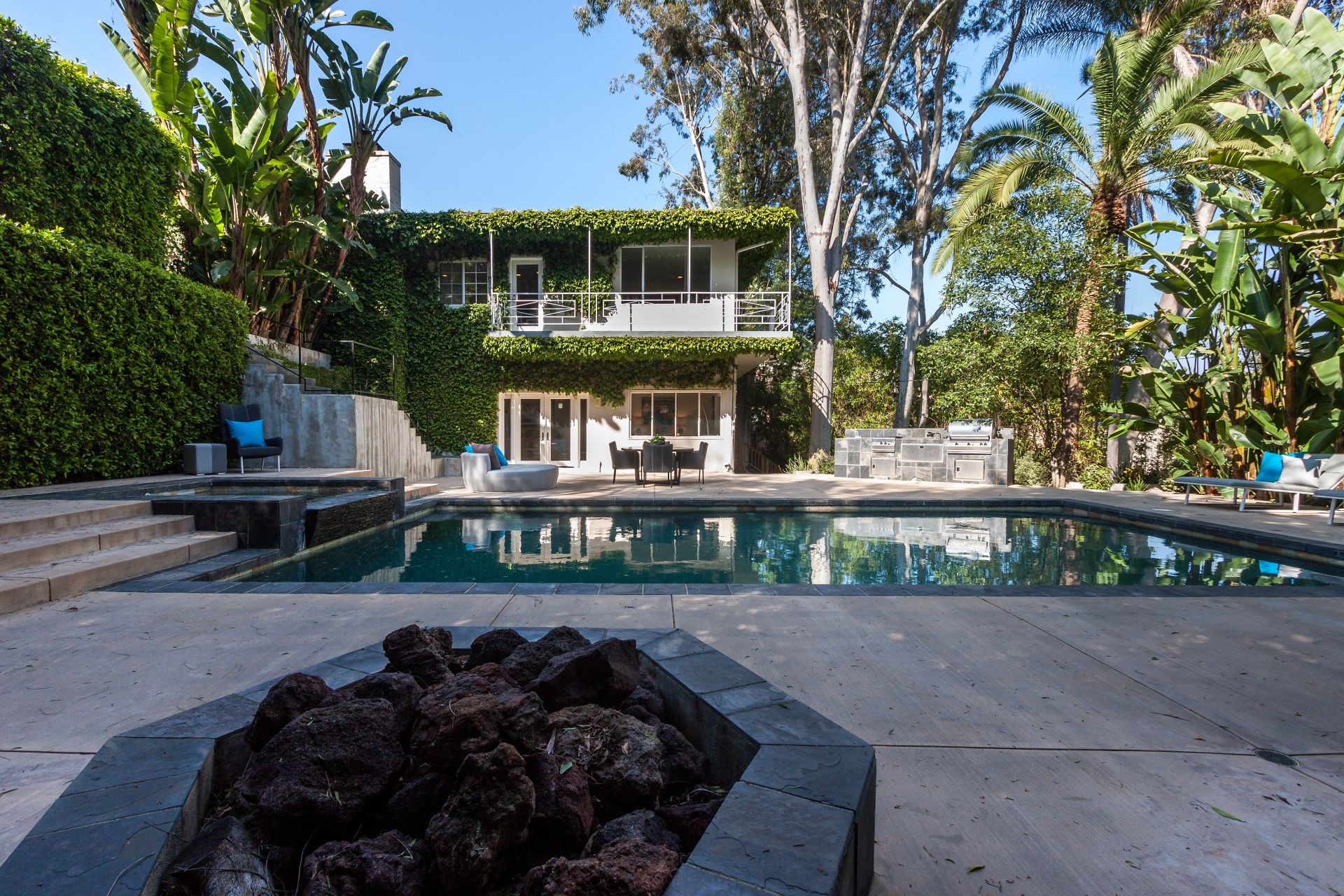 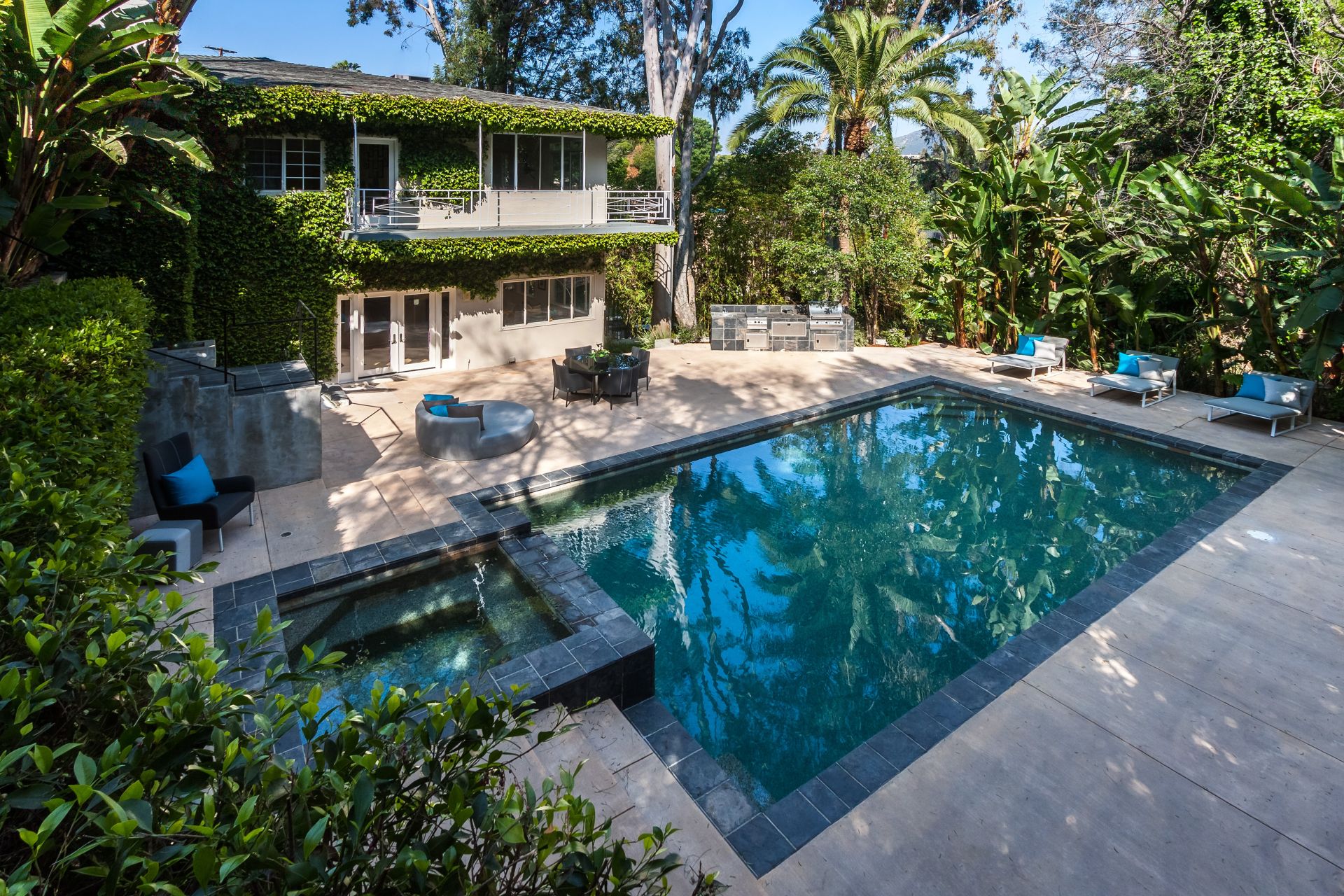 The outdoor areas are nice.
PJ McMullan from Shooting LA 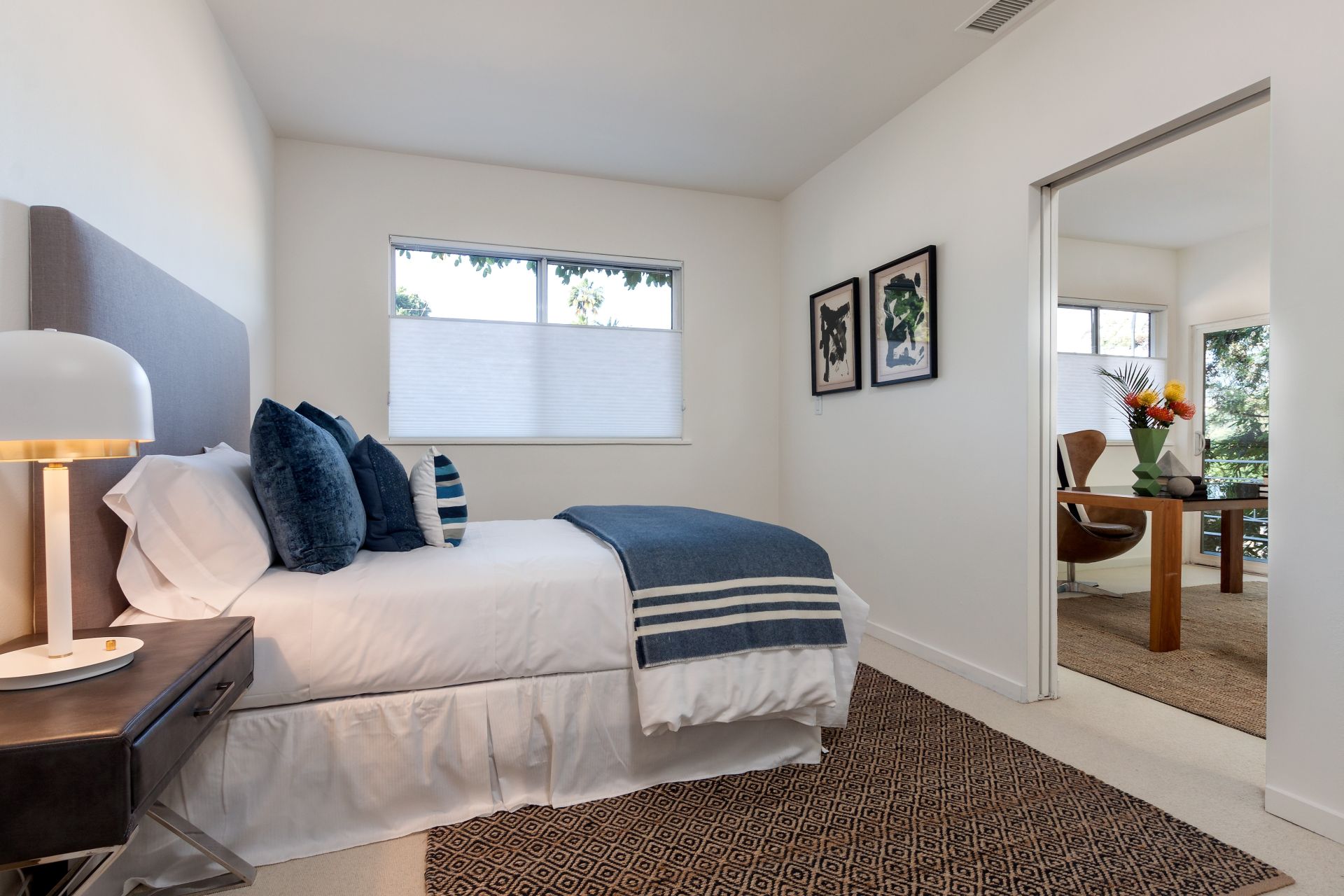 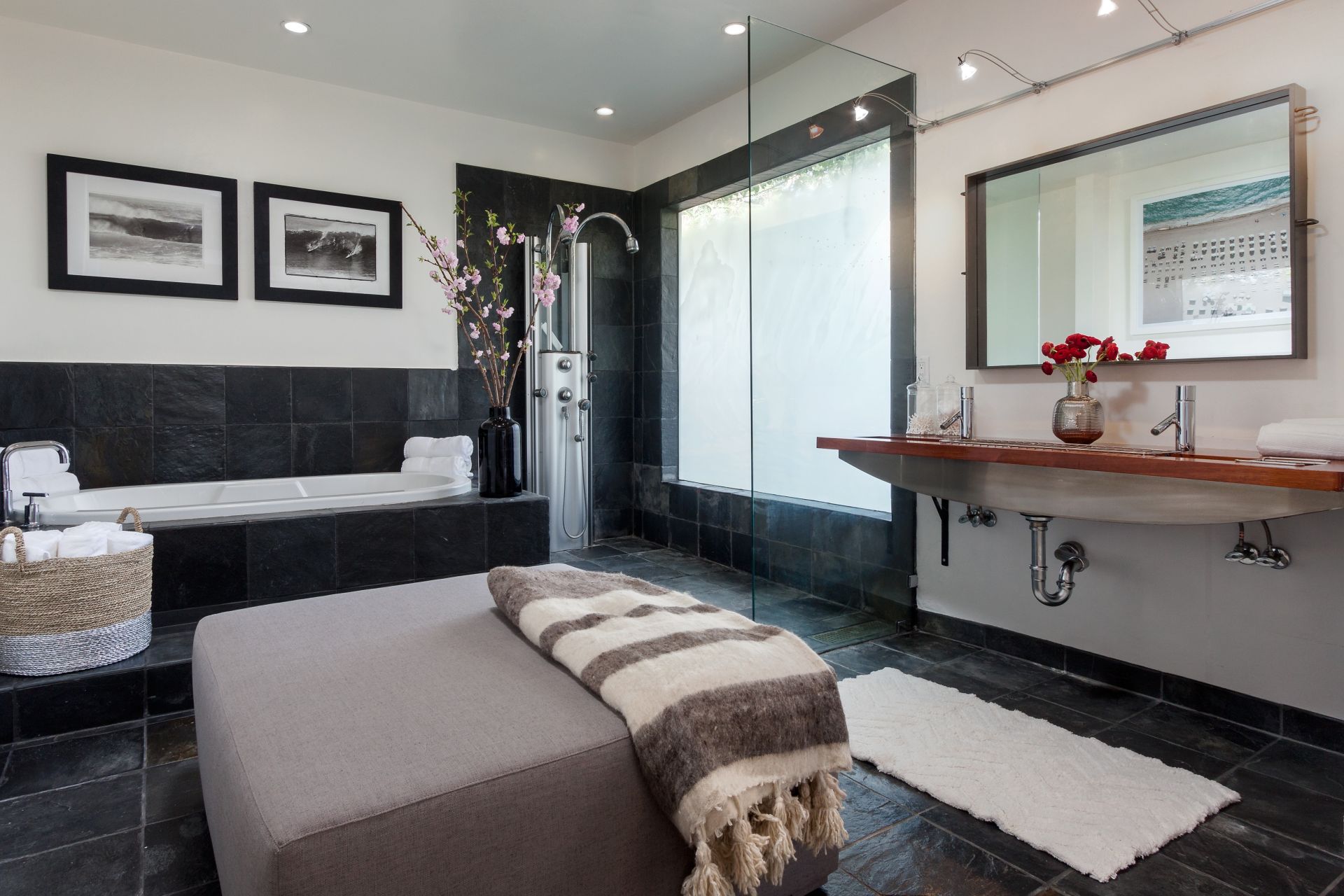 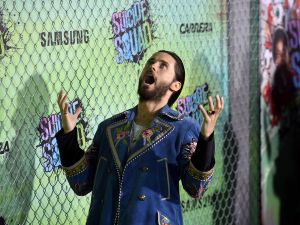 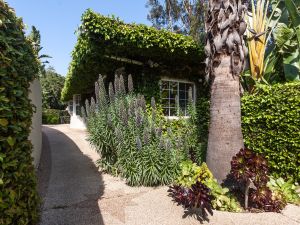 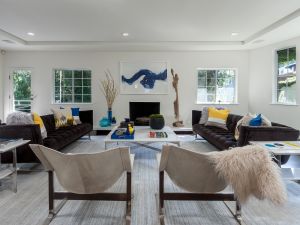 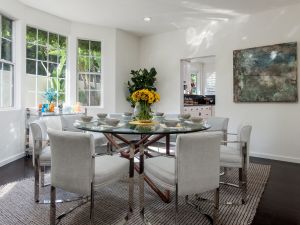 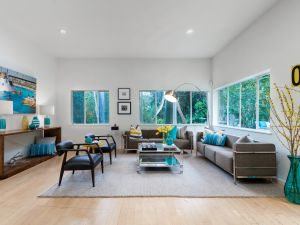 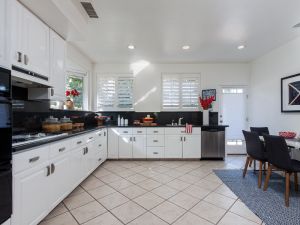 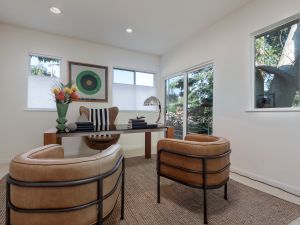 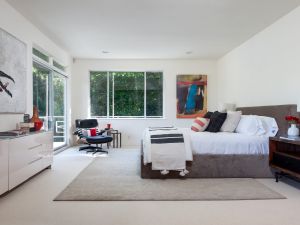 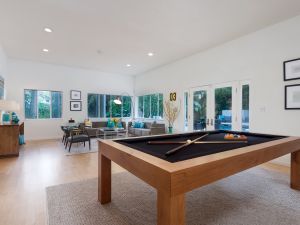 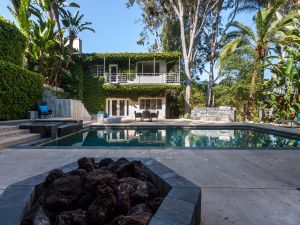 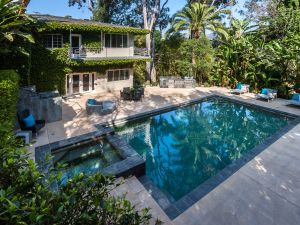 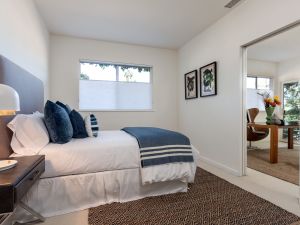 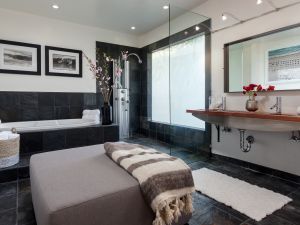 Jared Leto is taking a pause from posing in Gucci and is focusing his efforts on trying to part with his Hollywood Hills home.

The Suicide Squad actor listed the four-bedroom, three-bathroom home in 2016 but apparently didn’t get any takers, as it’s returned to the sales market for the same $2 million price. This time, the midcentury 1955 property, which Leto bought in March 2006 for $1.65 million, has been fully furnished with lots of blue accents, as one can see in the slideshow above.

The two-story Cahuenga Pass home is situated on .29 acres, with two master suites, brown hardwood floors throughout and two fireplace. Leto has also apparently given free rein to use his name in order to market the 4,021-square-foot house, per the listing shared by Modern Living LA brokers Brian Courville and JB Fung, which is labeled “Jared Leto’s Home With Lagoon Style Pool In The Hollywood Hills.” 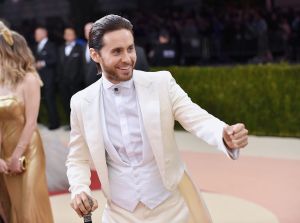 The rather oddly shaped, boxy home is a little dated, but it has some nice outdoor space, including the aforementioned lagoon style pool, patio, built-in barbecue, fire pit and living area, but it’s not the only Los Angeles property the Academy Award winning actor owns.

Indeed, in 2014, Leto purchased the “Lookout Mountain Laboratory” for $5 million—the eight-bedroom, 12-bathroom Laurel Canyon complex is set on 1.7 acres. The property resembles a warehouse, and is perhaps a more fitting home setting for the rather intense actor, who is known to go into full method for his roles.

Leto isn’t the only famous face having some difficulty parting ways with West Coast properties, right now—Kylie Jenner is still struggling to find a buyer for her glam room-equipped starter home.