It’s that time of year when everyone in state politics becomes a handwriting expert.

Lt. Gov. Kim Guadagno this week sought to kibosh Assemblyman Jack Ciattarelli’s chances of appearing on the June ballot for the Republican primary for governor. But Ciattarelli successfully defused her challenge after a hearing with the Office of Administrative Law on Monday.

Ratcheting up the heat in what has been a sleepy Republican primary, Guadagno filed a challenge to more than 700 signatures that appear on the formal candidacy petition Ciattarelli filed last week with the state Division of Elections. Candidates must file a petition with at least 1,000 signatures to appear on the ballot in a gubernatorial primary and Ciattarelli filed just under 1,700, meaning Gudagno’s challenge, if it had succeeded, would have knocked him off the ballot.

By Monday afternoon, Ciattarelli’s camp reported that it had survived Guadagno’s challenge.

After word got out last week that Guadagno would be challenging Ciattarelli’s petition signatures, the assemblyman’s team issued a challenge of their own alleging that a number of signatures on Guadagno’s petition were questionable.

Both challenges are being investigated by administrative law judges. According to Ciattarelli strategist Chris Russell, Guadagno is challenging the signatures of well-known Republicans in “a ham-handed attempt to slow our momentum.”

“Given that the lieutenant governor is calling into question the signatures of people like Somerset County Sheriff Frank Provenzano, Hunterdon County Freeholder candidate Shaun Van Doren, Morris County Young Republican leader Jordan Chester, countless other GOP elected officials and leaders around the state — and even the signature of Jack Ciattarelli himself — we feel confident in the outcome,” Russell said. “It’s just a shame that taxpayers are going to have to foot the bill so the lieutenant governor can tilt at windmills.”

Guadagno campaign spokesman Ricky Diaz said Monday that Ciattarelli was “stuck in the low single digits in the polls and facing real questions about petition fraud.”

Meanwhile, state Sen. Jennifer Beck (R), who is running for re-election in one of the state’s few competitive legislative races this year, said Monday that she successfully fended off a Democratic challenge to her petition. In legislative races, only 100 signatures are required to qualify. Beck submitted 145. According to the state Democratic Party, Beck’s signature and her father’s signature were inauthentic, something that would have disqualified her submission. However, according to Beck, the OAL disqualified the challenge to her submission at a hearing Monday.

“It is an abuse of our legal system, challenging my 84-year-old father’s signature which he has had for most of his life and challenging my signature,” Beck told Observer NJ. “The judge has asserted that indeed they are correct, appropriate signatures and they are our signatures. And they are.”

To which Gopal responded: “If Jen Beck thinks she can be coronated state senator by hurling insults at her opponent rather than standing up for the families who got her elected, she is welcome to try. Beck has turned her back on working women by voting against pay equity, supported efforts that would limit access to women’s health care, and ignored the needs of working families. Monmouth County deserves more than a state senator who chooses to only do the bare minimum and treats election law as mere recommendations.”

Democratic gubernatorial candidate Phil Murphy broke records when he submitted more than 43,000 signatures on his own petition last week. No one is challenging his petition. 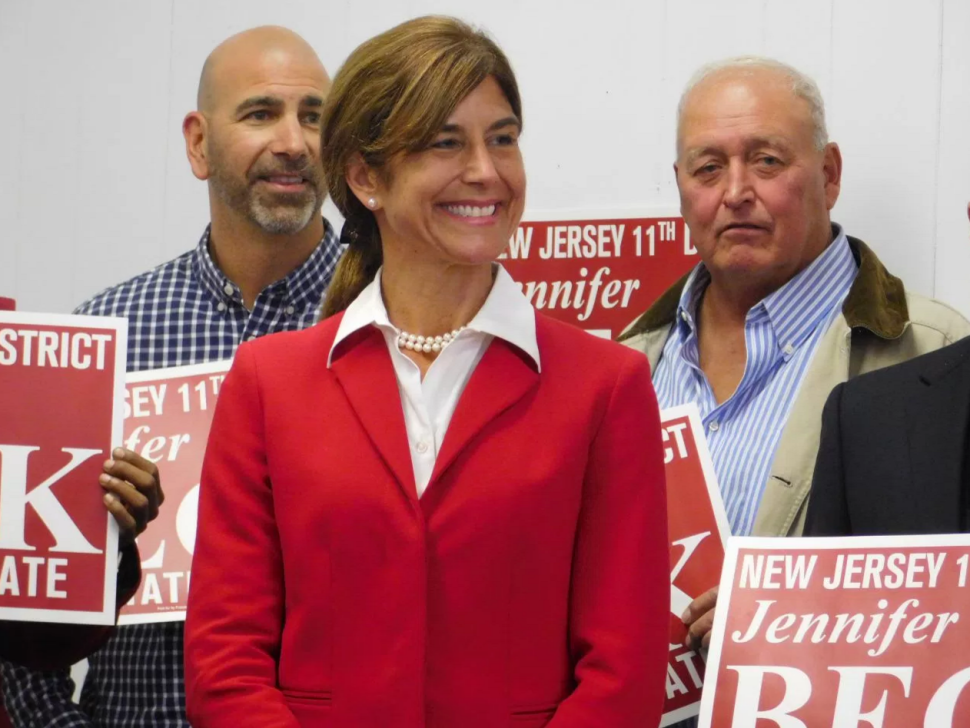