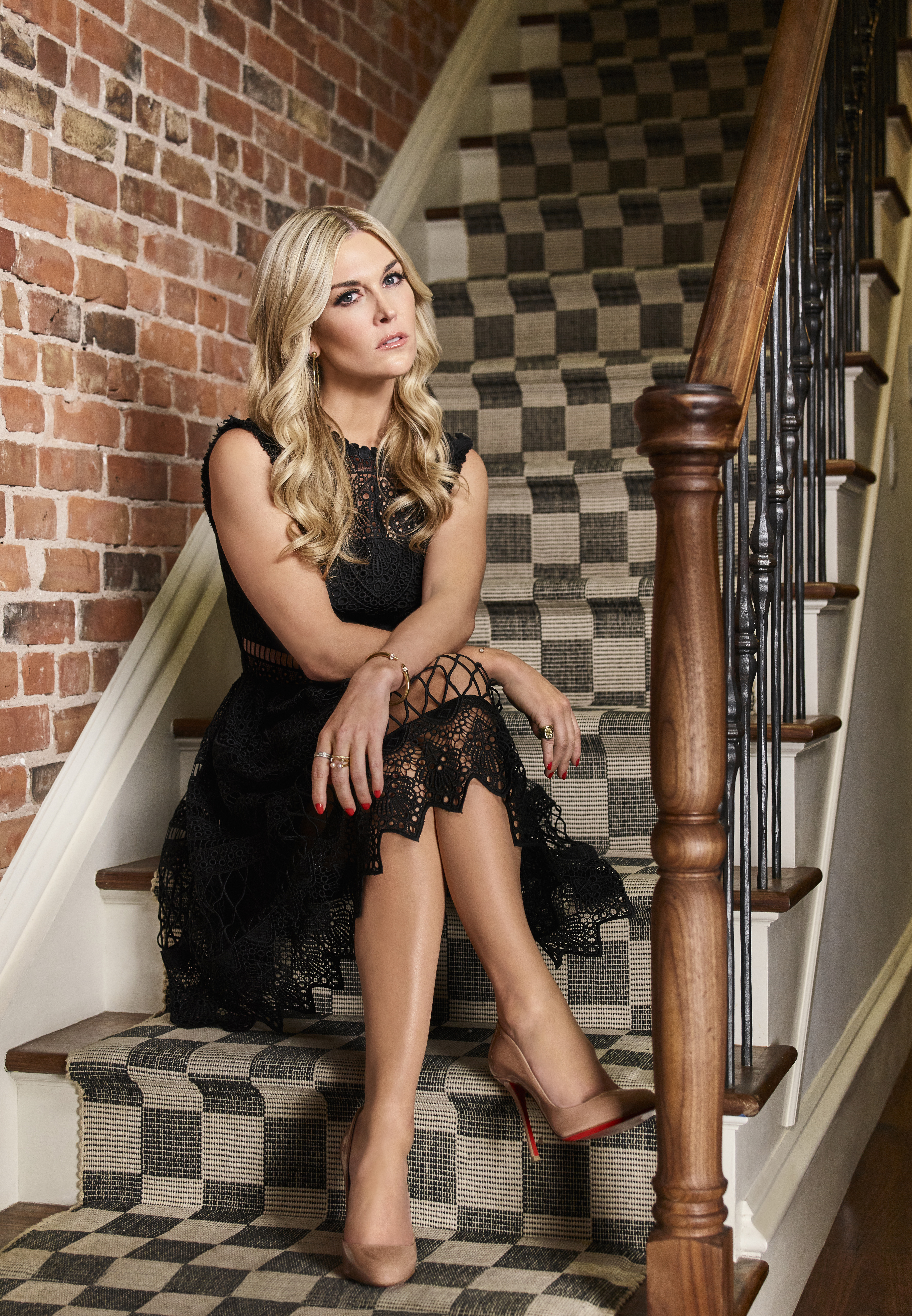 When veteran sitcoms used to look for a way to boost ratings after the popularity buzz started to wear off, a late season pregnancy would be written in. For proof, look towards Growing Pains, Friends and Will & Grace. Even Girls is doing it! But on a reality show, you can’t really do that, no matter how powerful Andy Cohen appears to be. What you can do is introduce a new character, who will bring fresh life, and new drama, to the show.

The Real Housewives franchises are quite familiar with this concept and the New York iteration in particular has brought on someone new almost every season. But we think this year’s new addition, socialite Tinsley Mortimer, might be the best addition yet.

She has everything you could want in a reality star: a great pedigree (Lawrenceville, Columbia), beauty, a bubbly personality and brutal honestly. Once the toast of the town in New York as the wife of Standard Oil Fortune scion Topper Mortimer and an assistant at Vogue, she even had a guest appearance on Gossip Girl. But then she got divorced, moved to Palm Beach and got into a tumultuous relationship with Alexander “Nico” Fanjul, the son of sugar baron Alexander Fanjul. The relationship ended with her arrest and a very well-circulated mugshot. This gal was made for reality television. When it turned out she had a connection to RHONY‘s Sonja Morgan, it seemed like fate.

Though returning to reality TV would seem like a bizarre choice for someone that had been recently tarnished by the press and exposed in the public eye, Mortimer actually looked at the show as a blessing. “I am so grateful and thankful to be joining this show. I’ve been a fan of the show and Bravo for so long. Being a part of this big franchise is so exciting,” she told the Observer.

Mortimer really looked at the show as an escape from a low point in her life. Plus, it would place her back in the city where it all started for her. “It was just the right time after everything I’d been through in Florida with my relationship. There were a lot of things that were humiliating in my life. This [opportunity] actually broke the cycle and allowed me to step outside of it,” she said.

Most sane people would not consider being thrown into a lion’s den of six women known for their extremely strong personalities as the most calming environment, but Mortimer insists it was exactly what she needed. Her first day of filming for the show was also the day she moved from Palm Beach into Sonja Morgan’s Manhattan apartment.

“I can take it! I am a New York girl and I love being back,” she said. But don’t think this doesn’t mean she isn’t going to throw some fire into the mix. “I definitely go head to head with them, but I also came out of it with some really strong friendships. It was a positive season, but it is still really fun with lots of drama. It was like therapy for me.” Some people do SoulCycle to unwind others prefer a Pinot-fueled screaming match with six women. Whatever works.

You can tell that Mortimer legitimately respects and enjoys the company of these women. She considers Morgan to be like a sister to her, especially since she opened up her home. She noted that Medley has a huge personality, but ultimately found her to be extremely endearing. “I love the girl, she’s hilarious,” Mortimer says.

What does Mortimer think of RHONY’s most famous cast member, who is also the most intimidating? 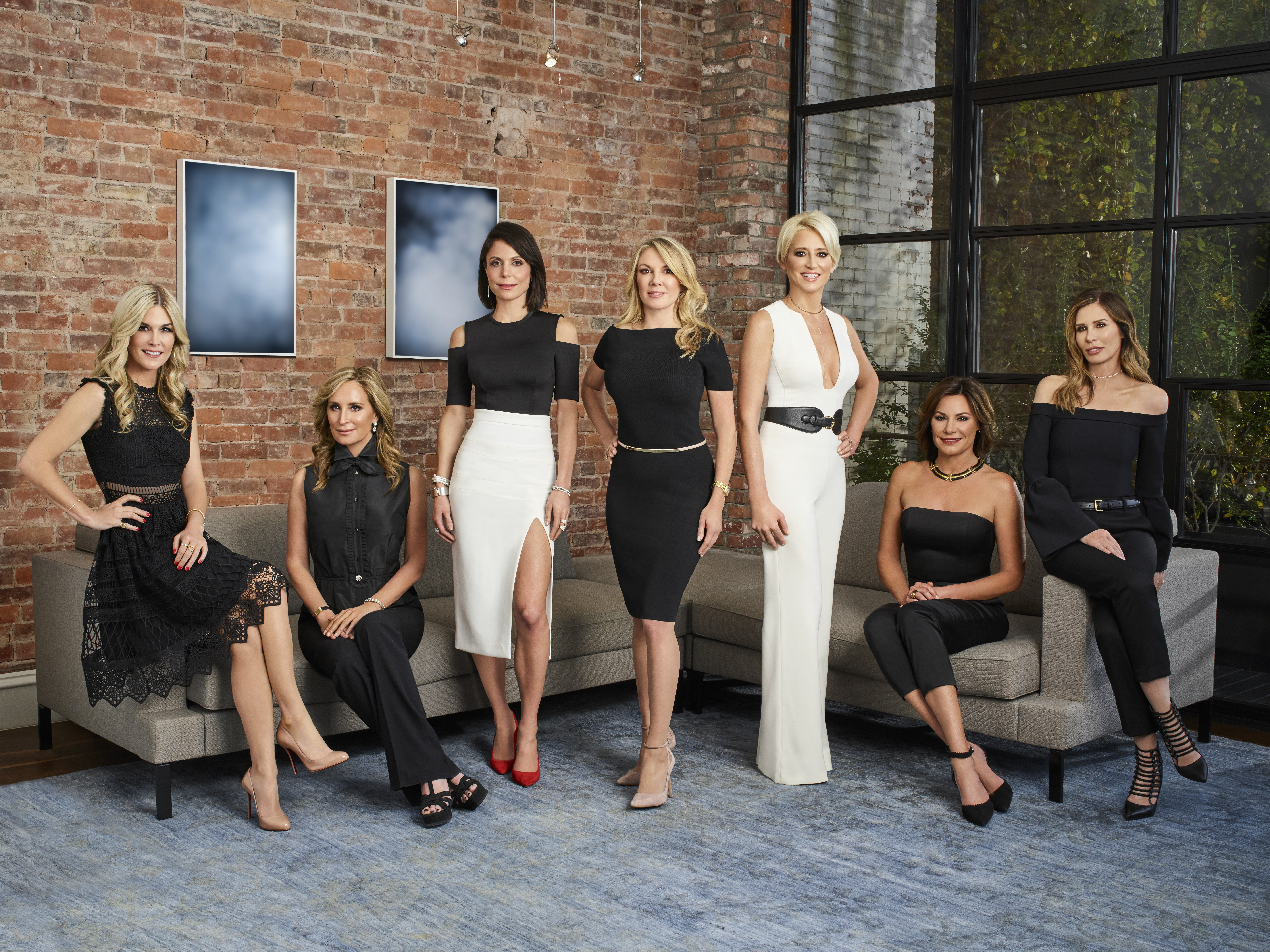 “Bethenny is very strong. She is hilarious and obviously so smart and confident. She’s hot and cold some days. One day she can be really warm and other days acts like she doesn’t know you. I’m from the South, so I’m an open book, but I respect her for that. She wasn’t that warm in the beginning to me, but then I think we really did connect.”

Mortimer also fits in with this group in that she is also not currently married (we all know that housewife is really more of a status symbol, than a label, at least in the Bravo universe). All of the cast members are either divorced or widowed except for LuAnne de Lesseps whose wedding this season will be a pivotal storyline.

“We’re a bunch of single girls! We’re having fun and then some drama happens when you put these big personalities in a room. We go a little wild on the trips,” she admitted. At age 41, Mortimer also enjoyed being labeled as “the young one” in the group.

“They’re all gorgeous and I hope I look like all of them [at their age.] Ramona [Singer] is 60 and looks amazing! She is so full of vibrant life!” Sounds like it will be a juicy season and even though Mortimer assured us she did not throw drinks in anyone’s face, there will still be plenty of action. Plus, drink throwing is more of a second season privilege.

Season 9 of The Real Housewives of New York airs on Wednesdays on Bravo at 8/9 C. Watch the trailer here. 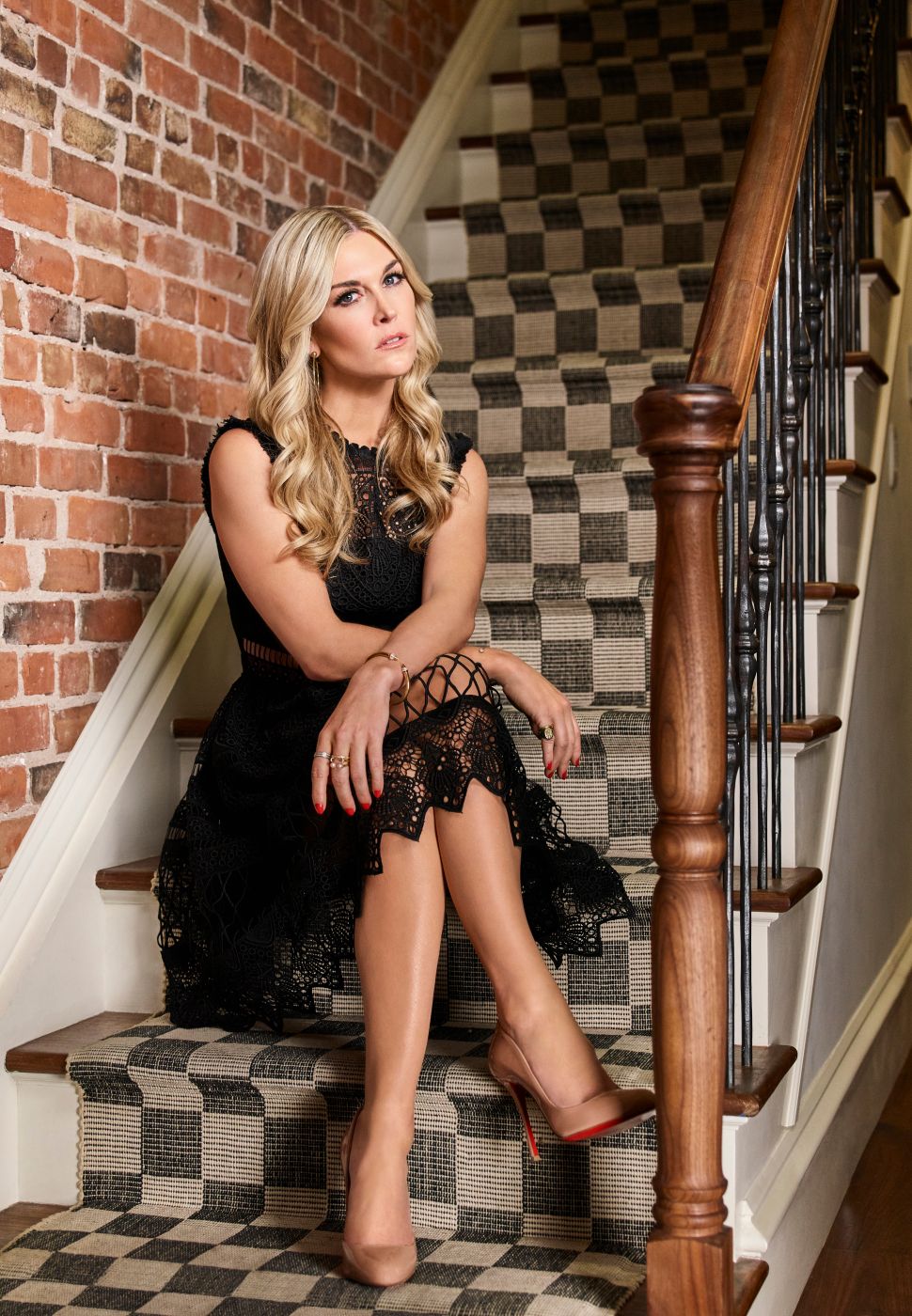