Initially, the premise of the Tribeca film Keep the Change – a New York romantic comedy pairing a Jewish couple on the spectrum, played by special needs actors – seems to promise a spoonful of medicine. It might be good for you but not necessary good in itself. Like so many of my preconceptions about the film, this turned out to be very wrong! In reality, Columbia MFA alum Rachel Israel’s labor of love is a tart and touching love story about the high-functioning judgmental David (Brandon Polansky) and the outgoing Sarah (Samantha Elisofon). From their meet-cute at a Jewish Community Center program for special needs adults, the pair shares abundant chemistry and surmounts concrete obstacles. The lovers crack assumptions of otherness, of living with learning disabilities and autism, while propelling a universal and touching love story.

“I’ve known Brandon who plays David for 15 years,” Israel explains about the male star of her first feature. “He met his first serious relationship at the JCC seven years back. And that relationship really intrigued me.”

While at first, Israel focused on David’s family and some of the drama that arose because of the relationship, the focus shifted to the romance itself. (That still leaves plenty of room for an honest, grating performance fromJessica Walters as David’s mother, who insists that he pass as “normal,” denying him the counseling he needs as much out of maternal love as a fear of stigma.)

Israel, who has an MFA from Columbia, tailored the skills she honed there to work with a cast composed largely of non-actors. She says, “I had to really individualize my directing approach to each one differently. That’s normal,” she continues. “As a director, you should do that with the actors. In this situation, they weren’t going to pretend if they didn’t understand what I was telling them. Some of them read the script and could rehearse it on the lines multiple times. Others only read it once while some didn’t read it at all and just knew their particular character arc.”

Sarah’s character literally glows with enthusiasm but she struggles to communicate clearly and connect with those around her. “Samantha read the script once and we set it aside and she was free to improvise,” explains Israel. “We discussed scene objective and circumstances. She would be stiff if she stuck too much to the lines. As an actor, she is an amazing listener and is very responsive to what comes back.”

In contrast, David is more guarded. While he’s highly-functioning – he graduated high school and had a Bar Mitzvah –he’s having trouble as an adult connecting in mainstream society. The strain of hiding his ticks and disabilities is evident. Comparing her leads, Israel says “As David, Brandon is stronger at initiating and getting a scene rolling and he can memorize lines and keep them fresh.”

One of the episodes that would appear to have been more difficult to orchestrate is the bedroom encounter between David and Sarah. “No,” counters Israel. “The intimate scene wasn’t particularly difficult to shoot. It made Brandon nervous, which works for the scene. Samantha loves male attention. She loves her sexuality. It was the plum scene for her. She couldn’t wait. We rehearsed with clothing on. That wasn’t that difficult. I was more nervous about the scene where David’s cousin humiliates Sarah.”

One unusual element about making Keep the Change was how embedded Israel became with her acting troupe. She spent two years developing the script with the actors and rehearsing. And, then, after that long period of discovery, “We had a 25-day shoot. We were really well geared up to make it then. I didn’t over-rehearse the actual, scripted material but the screenplay had been written with them in mind. We wanted it to feel very spontaneous and real.”

After an enthusiastic Tribeca premiere, followed by a Q&A with the primary talent, the audience reception has been enthusiastic. As for Israel, “I’m wholeheartedly enjoying it. After a year of post-production, it’s refreshing to see people emotional at the film.” 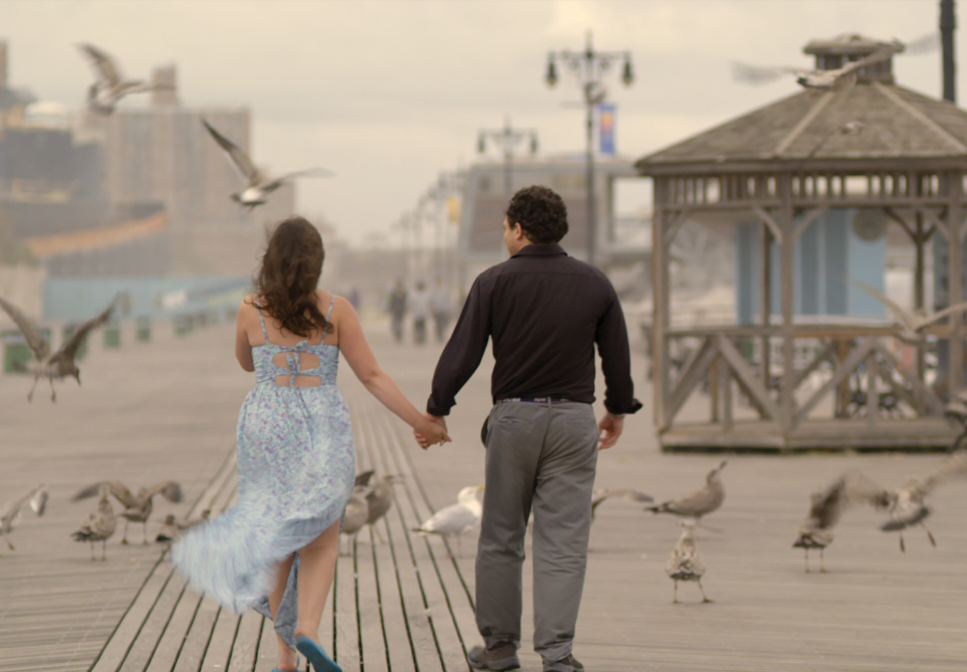