“The Israeli-Palestinian conflict… is essentially the core conflict in our region” said King Abdullah II of Jordan at the White House Joint Press Conference yesterday.

This statement constitutes one of the most hackneyed staples in the standard talking points of Arab leaders, yet it did come across as particularly egregious yesterday, uttered as it was less than 24 hours after more than 70 people in Syria, including women and children, had been gassed to death by the dropping of chemical bombs.

The idea that Israel is the root cause of the woes of the Middle East is a fallacy that has been pushed by Arab autocrats for decades. Any observer, who actually bothers to look at the region for a little longer than it takes to merely scan the headlines, will realize that the region’s numerous conflicts and full scale wars have nothing to do with it.

In Syria, an uprising against President Bashar al- Assad six years ago – a part of the “Arab Spring” which swept the region and quickly spun into an “Arab Winter” – turned into a full-scale civil war, which has killed 400,000 people according to UN estimates. Roughly, 5 million people have fled and 6 million have been internally displaced. ISIS has killed and raped its way through Syria, victimizing both Christians, Yazidis and Muslims on its bestial rampages. Far from being any “root cause” of the conflict, Israel has taken in and treated thousands of civilians and rebel fighters in its hospitals.

In Iraq, the war on ISIS continues. ISIS has committed the same kind of bestial killings and rapes in Iraq that it has committed in Syria, including the horrific massacre at Sinjar in August 2014, where at least 5000 Yazidis were killed and Yazidi women and girls taken into sexual slavery. The war is complicated further by the sectarian tension in the country between Shia and Sunni Muslims. Over 4 million people have fled their homes since January 2014. Amnesty International recently published a report, which highlighted the civilian casualties of the war, when on 17 March 150 civilians were reported killed in a coalition airstrike in the Jadida neighbourhood of West Mosul. King Abdullah II would have a hard time explaining, how what he calls the “core conflict of our region” has any bearing on the carnage and misery in Iraq – but then again, no one at the White House press conference bothered to ask.

The list goes on. A civil war is raging in Libya, there is a war in Yemen, and sectarian conflict in Lebanon. Not to mention the struggle and oppression of the Kurds across the board in a variety of both Arab and non-Arab countries in the region. None of the above have anything to do with Israel. Still, King Abdullah thinks it appropriate to dub Israel the root cause of all the trouble.

In doing so, he is perpetuating a pernicious myth, which has proven extremely expedient for Arab rulers like himself, especially because the West has been more than willing to play along and present the myth as fact. Mainly, the myth of Israel as the root cause of all evil, has served as an excellent diversion from the poor life quality – socioeconomically and otherwise, such as lack of freedom – that citizens in Arab countries such as King Abdullah’s Jordan, regularly find themselves in. What if they were to find out that the root cause of their misery is not Israel?

At the White House Joint Press Conference, King Abdullah waxed lyrical about Arab and Muslim states fighting terrorism. King Abdullah II, who has embraced the terrorist Hamas group – allied with the likes of ISIS and Iran – and hosted its top leaders, has given sanctuary to one of its most vicious terrorists, Ahlam Tamimi. In 2001, she was an accomplice of the Hamas terrorist who blew himself up in the crowded Sbarro Pizzeria in central Jerusalem killing fifteen people, including seven young children and a pregnant woman. Another 130 people were wounded. Tamimi picked the pizzeria as a target, precisely because it was a popular hangout for families with young kids. Tamimi, who was released in 2011 as part of the Gilad Schalit deal, has violated the terms of her release, as she has spent her time since boasting of her terrorist act and inciting further terrorism, including on Hamas television where she has been a host. The only reason she is not back in jail is that she fled to Jordan. In March 2017, the United States Justice Department officially requested that Jordan extradite Tamimi to the US for prosecution, as three of Tamimi’s terror victims were American citizens. Jordan, which according to King Abdullah is so keen to fight terror, refuses.

The king is good at making lofty speeches. He should employ a bit more enthusiasm when it comes to putting them into practice. 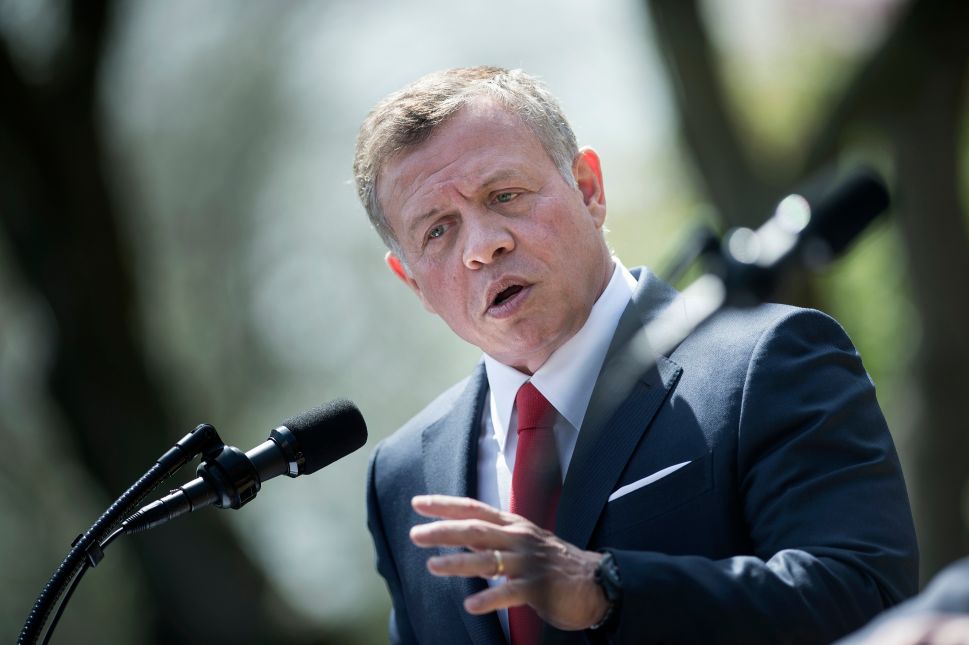