President Trump’s Russia problem is off the front pages for the first time in months. In retaliation for the Assad regime’s continued use of chemical weapons against civilians, Trump attacked a Syrian airbase using 59 cruise missiles launched from U.S. Navy ships.

To the great distress of many of the president’s most ardent fans, the Trump White House has honored Obama’s Syrian “red line,” which his predecessor so embarrassingly walked away from almost four years ago, thereby handing the Syrian problem—and much of the Middle East—over to Vladimir Putin. It’s no wonder that the Kremlin is suddenly critical of the new administration, using strong words to express its displeasure with Trump’s muscular act against the Assad regime, which is Moscow’s loyal client.

But none of this means the FBI’s counterintelligence investigation of KremlinGate is going away. In fact, we now know that it’s been underway for almost a year. According to a new report in The New York Times, John Brennan, the CIA director during President Obama’s second term, knew last summer that Kremlin interference in our election was a serious and fast-growing problem. He was so worried that, in late August, Brennan personally briefed eight senior members of Congress on new evidence of Russia’s meddling—in some cases, the CIA director interrupted their summer vacations to share the bad news.

The Times doesn’t indicate what that urgent new intelligence was, but members of the Intelligence Community with access to that evidence have told me there are several top-secret reports—mainly, but not exclusively, signals intelligence from NSA—demonstrating links between Team Trump and top Kremlin officials, hinting at collusion with Moscow during last year’s election. Although none of these reports individually is conclusive—there is no “smoking gun” as Beltway wonks like to say—taken together they lead to the disturbing finding that Trump’s campaign was in cahoots with Moscow to hurt Hillary Clinton. That the IC knew much of this last summer invites disturbing questions about the Obama administration’s puzzling inaction last fall, in the weeks leading to the election.

FBI director James Comey has tamped down expectations of any quick resolution of his Bureau’s investigation of KremlinGate. He is surely correct that this weighty matter is best addressed thoroughly and judiciously, not rashly. We need the facts—not assertions or unprovable claims from dodgy dossiers. The existence of top-secret evidence pointing to collusion between Team Trump and Team Putin means that investigators and prosecutors have red meat to work with, but that does not necessarily mean that indictments are coming soon.

Comey faces a particular problem, little understood by the public or even by most journalists covering KremlinGate. That’s the fact that classified evidence is inadmissible in court, and top-secret information will never be shown to a jury. FBI agents therefore face the uncomfortable difficulty of knowing (from highly classified reports) what was going on—and finding unclassified corroboration if they want to prosecute anybody.

Hence the pressing need to get co-conspirators to “flip” on each other and, even better, coercing confessions from those facing possible prison time. This is the usual FBI modus operandi, and it’s most effective against smaller fish who aren’t eager to take the rap for bigger ones. We can safely assume that the Bureau will lean on former members of Team Trump to get confessions; here the recent ham-handed effort by Michael Flynn, Trump’s disgraced former national security guru, a man with plenty of odd ties to the Kremlin himself, to get immunity in exchange for telling what he knows seems relevant.

Without such cooperation, including confessions from at least some members of Team Trump, the transition of KremlinGate from the investigation phase to prosecution is likely to stall. We don’t know exactly what the FBI knows, but some examples from past counterintelligence cases can illuminate the conundrum the Bureau faces right now.

Take the remarkable story of VENONA, the above-top-secret NSA program which at the dawn of the Cold War gave investigators a look into encrypted Soviet intelligence communications. Armed with VENONA, the FBI painstakingly identified numerous American agents of the Soviet secret police and military intelligence—that is, KGB and GRU. But such top-secret evidence was known to very few officials—President Truman was “read into” VENONA only in his last months in office—and served as lead information only.

In the notorious Rosenberg case, top-secret intelligence from NSA led to confessions from members of the KGB spy ring run by Julius Rosenberg. Yet he and his wife Ethel were convicted and executed not on the basis of VENONA, which proved the Rosenbergs were Soviet spies yet couldn’t be shown in court, rather thanks to lots of circumstantial evidence plus the confession of Ethel’s brother, who sent his sister and brother-in-law to the electric chair to save his own skin. The Justice Department relied on such unsavory tactics to win cases when the real evidence they possessed was classified.

That MO didn’t work as well on Alger Hiss, the State Department official with a side gig as a GRU spymaster whose involvement in espionage for the Soviet Union was proven by VENONA intercepts. A cagey lawyer, Hiss stood his ground and created doubts about the witnesses against him, and ultimately was convicted of perjury, not espionage. He served less than four years in prison and remained a left-wing icon until the mid-1990s, when VENONA messages illuminating his secret GRU career were declassified by NSA.

In some cases, important Soviet spies were never charged with, much less convicted of, any crimes. Take the case of Ted Hall, a physics prodigy who graduated from Harvard at 18 and went to work on the Manhattan Project, the development of the atomic bomb, in early 1944. A few months later, Hall approached the KGB, offering the Soviets atomic secrets—a treachery which placed Hall in no less than eight VENONA messages. The classified case against him was airtight.

Therefore, in 1951, armed with top-secret details of his clandestine Kremlin career, the FBI interviewed Hall, trying to get him to confess, but he stood his ground. His denials were firm. Bureau efforts to break Hall’s friend and fellow KGB agent Saville Sax likewise failed. Without a confession from either man, the FBI had no case they could take to court, and both Hall and Sax walked away, free men.

Other suspects broke quickly under FBI pressure. In the spring of 1950, the Bureau confronted Jones Orin York, who appeared in VENONA as a Soviet spy who had passed classified military secrets to Moscow. York admitted what he had done and named his KGB handler on the West Coast in the early 1940s, one “Bill Villesband.” Quick work by the Bureau revealed that his actual name was William Weisband—and he was working in the heart of American intelligence, inside the codebreaking effort against Moscow.

Bill Weisband in fact had been a Soviet spy since at least the mid-1930s, and he betrayed countless secrets to the Kremlin, including top-secret programs which broke into high-level Soviet military communications. He was a highly productive agent and agent-handler for the KGB. Thanks to Weisband, Moscow knew about VENONA (where the traitor appeared in at least two messages) several years before the White House did.

The FBI leaned on Weisband, to no avail. He firmly denied accusations of espionage and the case against him stalled. He was convicted of failure to appear before a Federal grand jury and did a year in prison, then returned to obscurity. Despite arguably being the most damaging traitor in American history, Weisband was never charged with espionage. NSA was just as happy to have the embarrassing Weisband debacle be forgotten, as it was until the late 1990s, when VENONA revelations got the case a modicum of attention.

The FBI today may be armed with reams of top-secret intelligence about KremlinGate. If Edward Snowden didn’t compromise it when he fled to Moscow, perhaps NSA has excellent information about this saga—something like VENONA 2.0. Yet even with such top-secret gems, the Bureau must convert SIGINT into indictments that will stick, which is never an easy task. Nobody should expect a quick resolution of this complex and most important case. 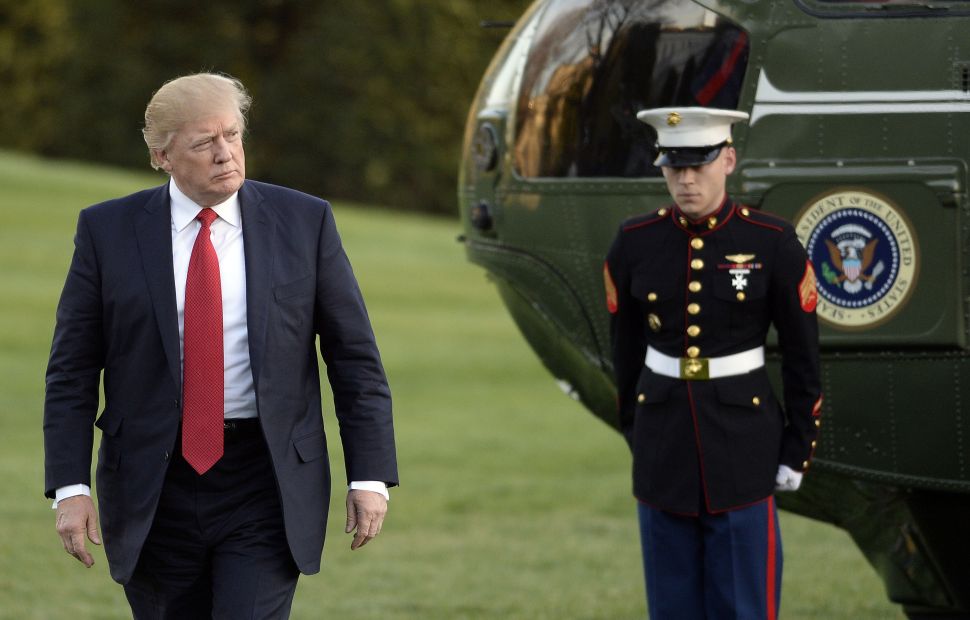