Kurt Bardella is about as controversial a PR and communications specialist as they come. He’s worked for Republican congressman Darrell Issa and was famously profiled in a nearly unbelievable political profile which sparked a media war and cost Kurt his job. Before you say, “That doesn’t sound so controversial. He’s no Steve Bannon,” let me remind you that he worked for Steve Bannon as the spokesperson for Breitbart from October 2013 to March 2016.

What’s interesting to me about Kurt is not his deep understanding of the new economics of political media and the way the online-driven news cycle works, but his decision to walk out from Breitbart after the Michelle Fields incident and his outspoken criticism of the current Republican administration. It doesn’t help an insider’s career to do something like that—and even if you disagree with him (from whatever side)—I think it’s important to acknowledge people who take a stand in their own way. But of course, it’s mostly the media stuff that I wanted to ask him about. I reached out and Kurt was gracious enough to answer all of my questions. I asked him about how he’s seen the media system change over the last several years, what books he would recommend to a young person looking to work in PR and media, what his media diet looks like and we even got to chat about his side project, Morning Hangover, a daily morning email about country music. Enjoy!

When I wrote Trust Me, I’m Lying back in 2012 I included your quote that “Some people in the press, I think, are just lazy as hell. There are times when I pitch a story and they do it word for word. That’s just embarrassing. They’re adjusting to a time that demands less quality and more quantity.” You were just incredibly right weren’t you? I’m curious how you’ve seen things evolve over the last several years. Better? Worse? Lazier? More embarrassing?

I think this time of Trump has put a renewed emphasis on quality and truth. Journalists feel a deep responsibility to get the story right and to tell the story in it’s entirety. Media platforms are investing more and more in investigative journalism and fact-checking. The media really is the public’s check-and-balance to an Administration who has, at best, a casual relationship with the truth. If anything, I think an entire generation of journalists will be inspired to be diligent, tenacious and difference-makers.

If you were to train a young person under you to work in media/PR spokesperson role, where would you start? How would you sum up your philosophy? What books or movies would you recommend that they read or watch? What would your training playbook look like?

I’d tell them to read “This Town,” George Stephanopoulos’ “All Too Human” and Carville-Begala’s “12 Winning Secrets from the War Room.” That was my crash-course in politics and campaigns and how they interact with the media. This Town represents how ego, ambition and arrogance can put you in a bad place completely of your own making. All Too Human showcases what challenges exist at the highest levels of our political process and the human toll it can take on the people who live it day-in and day-out. Carville-Begala’s book lays out, like a textbook, what a successful approach to media should look like and how to navigate around crisis situations.

You’ve worked with Steve Bannon and know the man fairly well. What do you think has been missed in the media coverage about his ascent—and his descent now—from your point of view?

I think because so little was known about Steve to start with that there was this atmosphere surrounding him that was heightened vs a traditional Washington power player. I think the one thing that gets missed is more than any particular ideology or conviction, Steve is and has been someone looking for a political figure to attach himself to ever since Sarah Palin came onto the scene back in 2008. Over the years, he has bounced around to the flavor of the moment, hoping one of them would take-off. First it was Palin, then Jenny Beth Martin, Rand Paul, Ted Cruz, Ben Carson and ultimately Donald Trump.

To stay with the election for a second, what were the biggest lessons that you took away from 2016 in terms of how you think about the media and your approach to it?

I think the media fundamentally underestimated how angry the American people are at Washington. Too many (myself included) just couldn’t wrap their arms around the idea that Donald Trump could actually win. The reality was the American people were, if anything, enamored with Trump’s style and tone and could care less about facts and numbers. They just wanted change. The reality of today is this discontent with Washington still exists. I think Democrats’ decision to reappoint Nancy Pelosi as Leader was incredibly out-of-touch with reality and shows Democrats just don’t get it. It’s enough to be against Trump, you have to give people an alternative for leadership. Republicans need to get shit done and show they can handle the responsibility of governing. This election was a signal that the American people want action.

For the media covering Trump right now—caught in endless outrage cycles, seen as the so-called enemy (some in the media even embracing their role as the opposition), what would you say to them? How could they do a better job? What tricks or traps do you wish they could avoid?

What matters first and foremost are decisions and policy. What is the President doing that translates to real-world effects. What is Congress doing that impacts the American people. So frequently, the press, really all of us get caught-up in the inner-fights within the Beltway, more often than not, the American people don’t give a crap. When Trump tweets about the fake-media or the failing-media, it’s a trap. It’s a distraction. If the press can keep the focus on policy and it’s real-life impacts, they’ll be a huge difference-makers.

How do you, as someone who has really seen how the sausage is made, approach your own media diet?

I try to read a little bit about a lot from multiple viewpoints. I personally read the NY Times, Politico, WSJ, USA Today, The Hollywood Reporter, People Magazine, Rolling Stone and watch CNN, Fox News, MSNBC, the Today Show, GMA, Tonight Show, Late Show, etc. If there’s one thing I’ve learned, it’s that we have a very diverse country. I’m more interested in learning why someone thinks differently than I do rather than trying to prove them right or wrong. People’s values are shaped by the world they live in, by the family they have around them, by the community they grow up in. You can’t change someone’s mind if you don’t understand where they’re coming from. If you watch MSNBC or CNN, tune-into Fox News once in a while. If you read the Wall Street Journal, check out Huffington Post.

In addition to our mutual fascination with media, we seem to share the path of then choosing something radically different to focus on. I chose philosophy and  there was a piece on your music project in the New York Times earlier this year. I’d be curious to know more about that as well? Aside from that project, what’s next for you?

Thanks for asking about that. Yes, I started a daily morning email about all-things country music called the Morning Hangover: www.morninghangovertipsheet.com. I love country music and the energy and positivity of live shows. As a fan, I thought it would be cool to create a platform that shares every day with the country music audience, anything a fan would want to know – who was on the Today Show or Kimmel, who released a new album or music video, who’s going on tour this summer, etc. Much to my surprise and delight, my daily email really caught on in Nashville and has become the daily morning must-read for Music Row. The next step is to build it out and reach as many country music fans as possible. 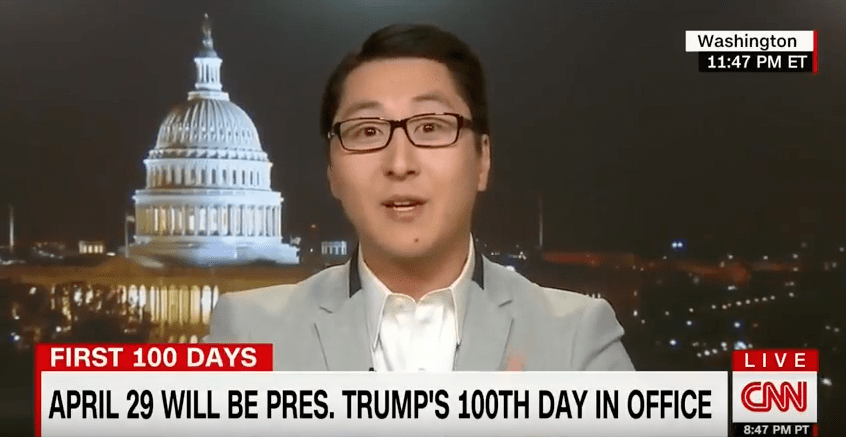