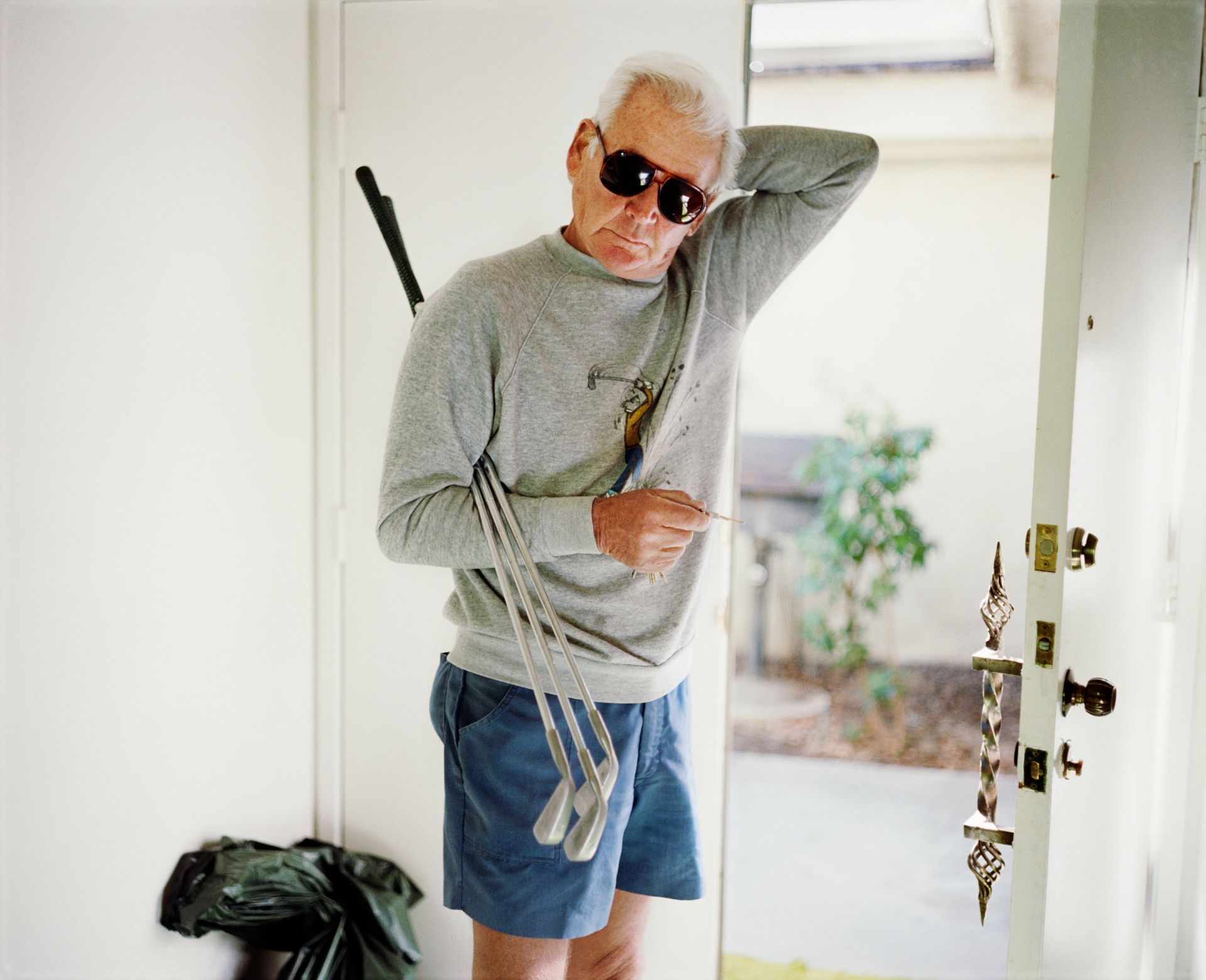 Dad with Golf Clubs, from the series Pictures From Home, 1987.
Courtesy Casemore Kirkeby and Estate of Larry Sultan 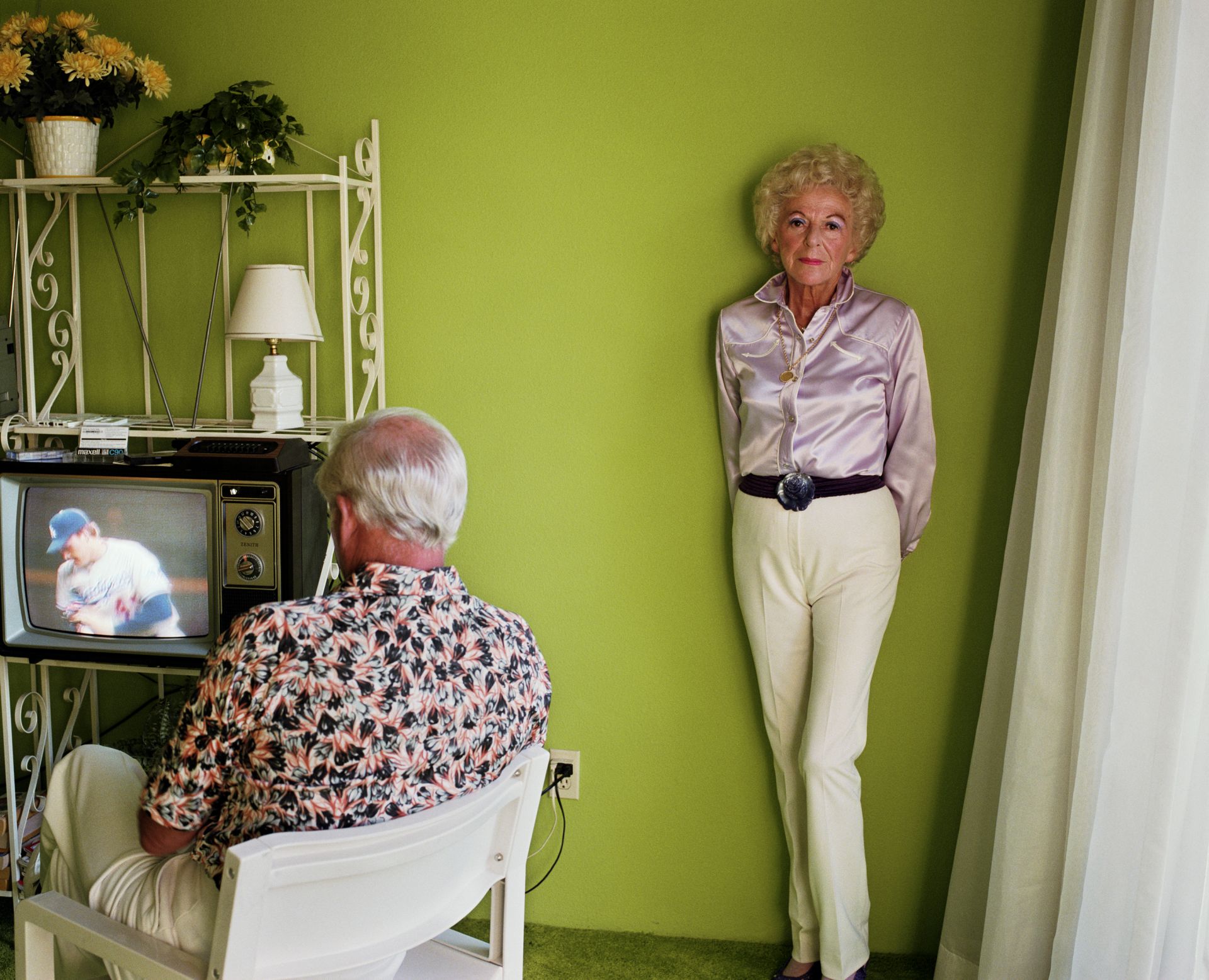 My Mother Posing for Me, from the series Pictures From Home, 1984.
Courtesy Casemore Kirkeby and Estate of Larry Sultan 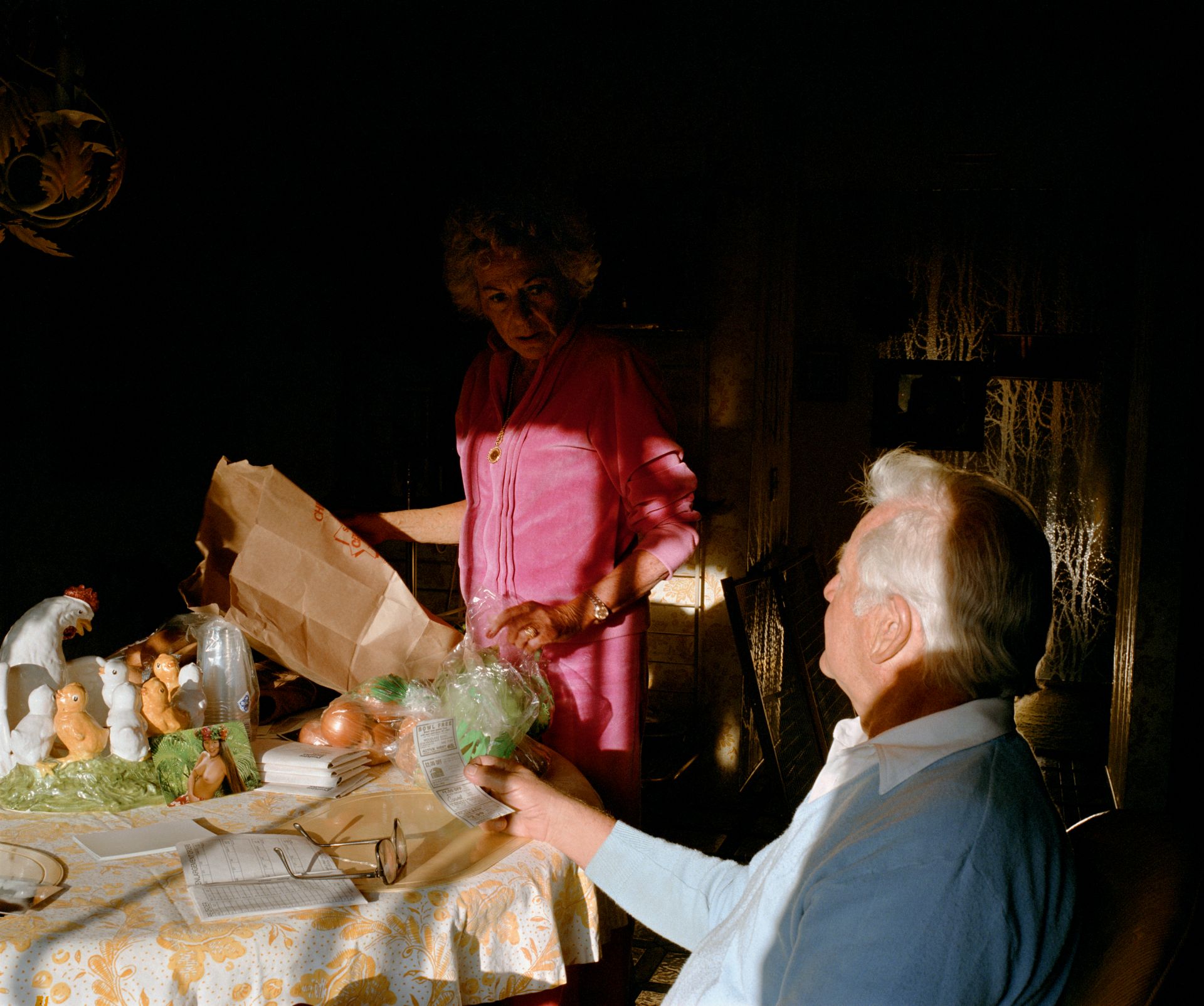 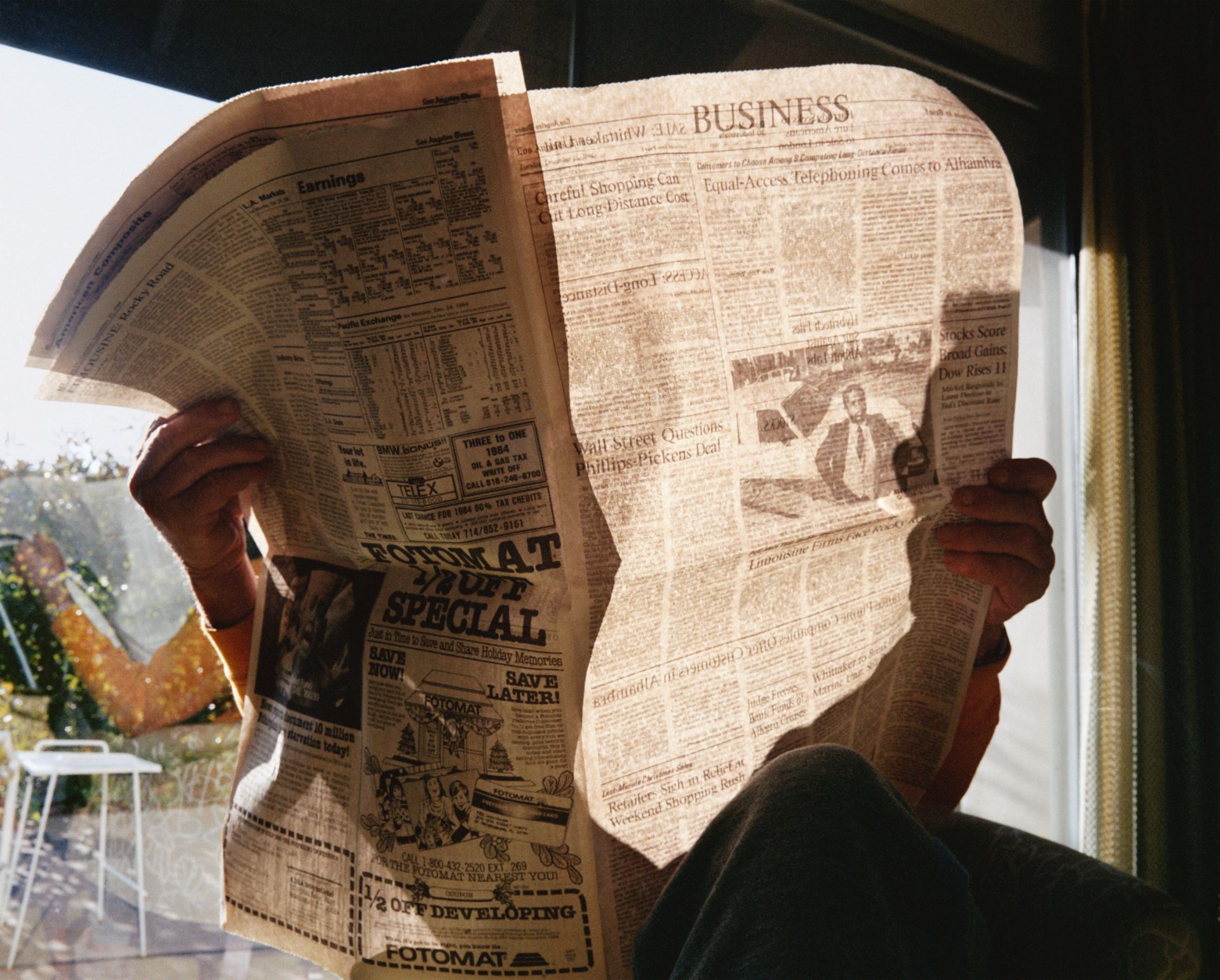 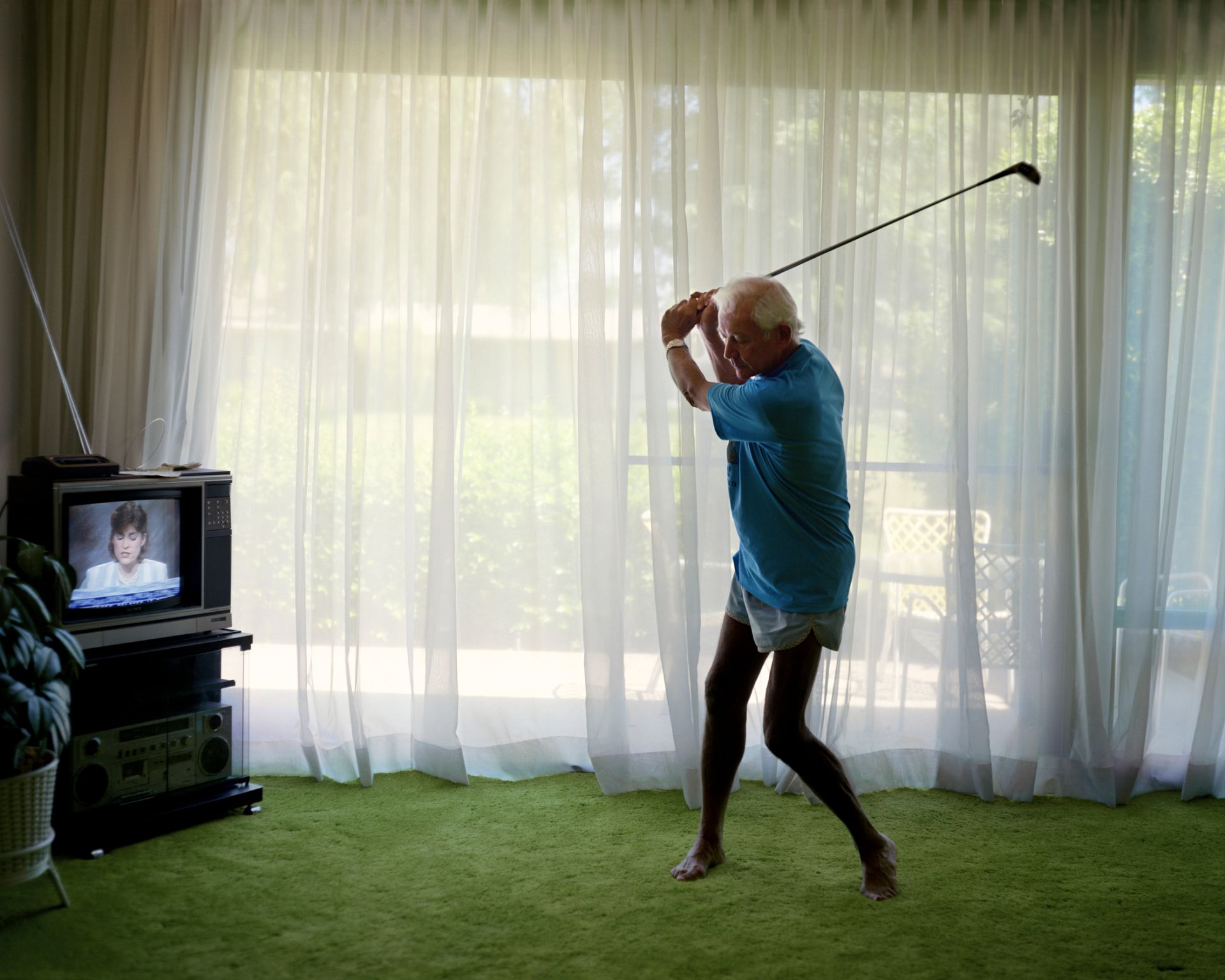 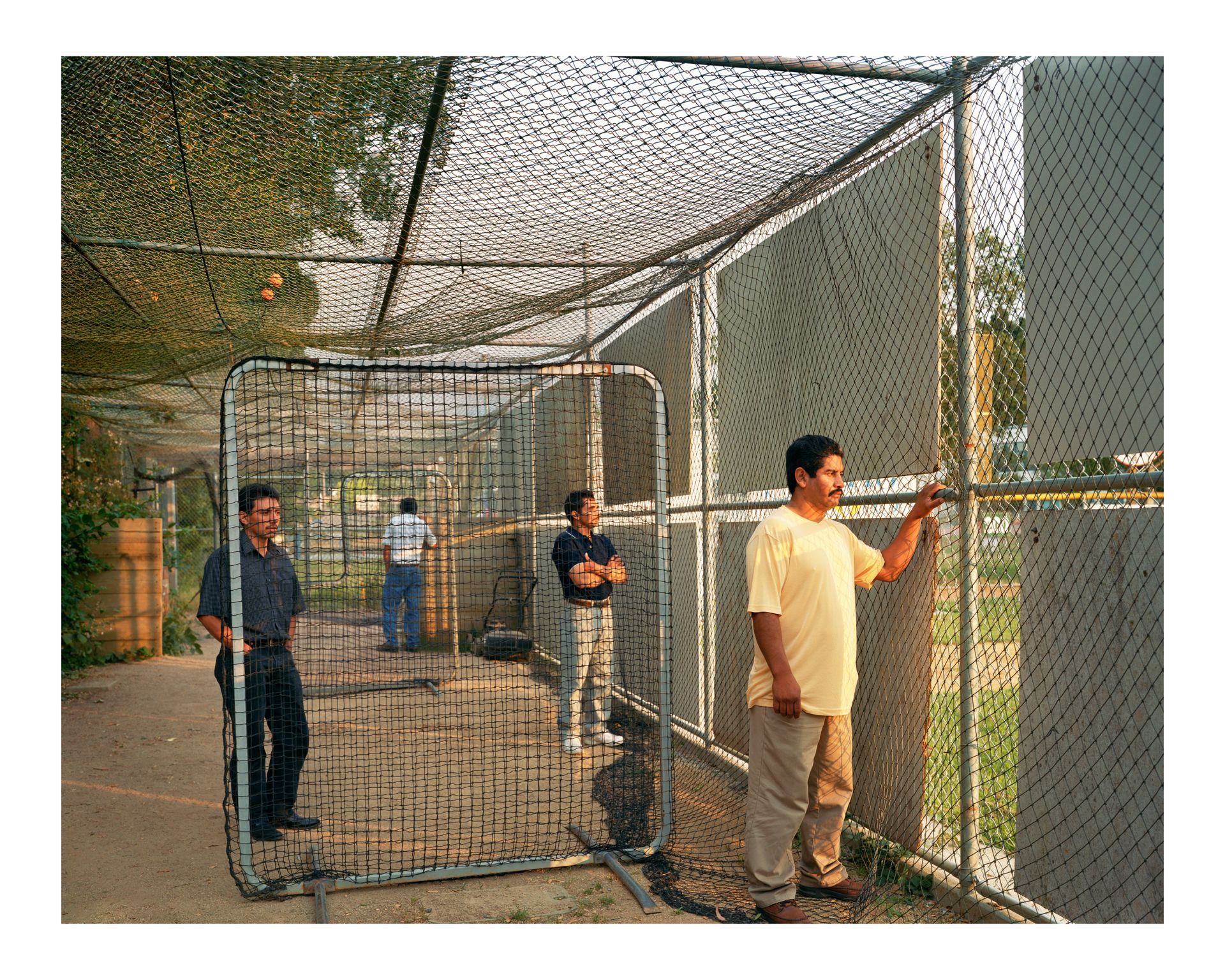 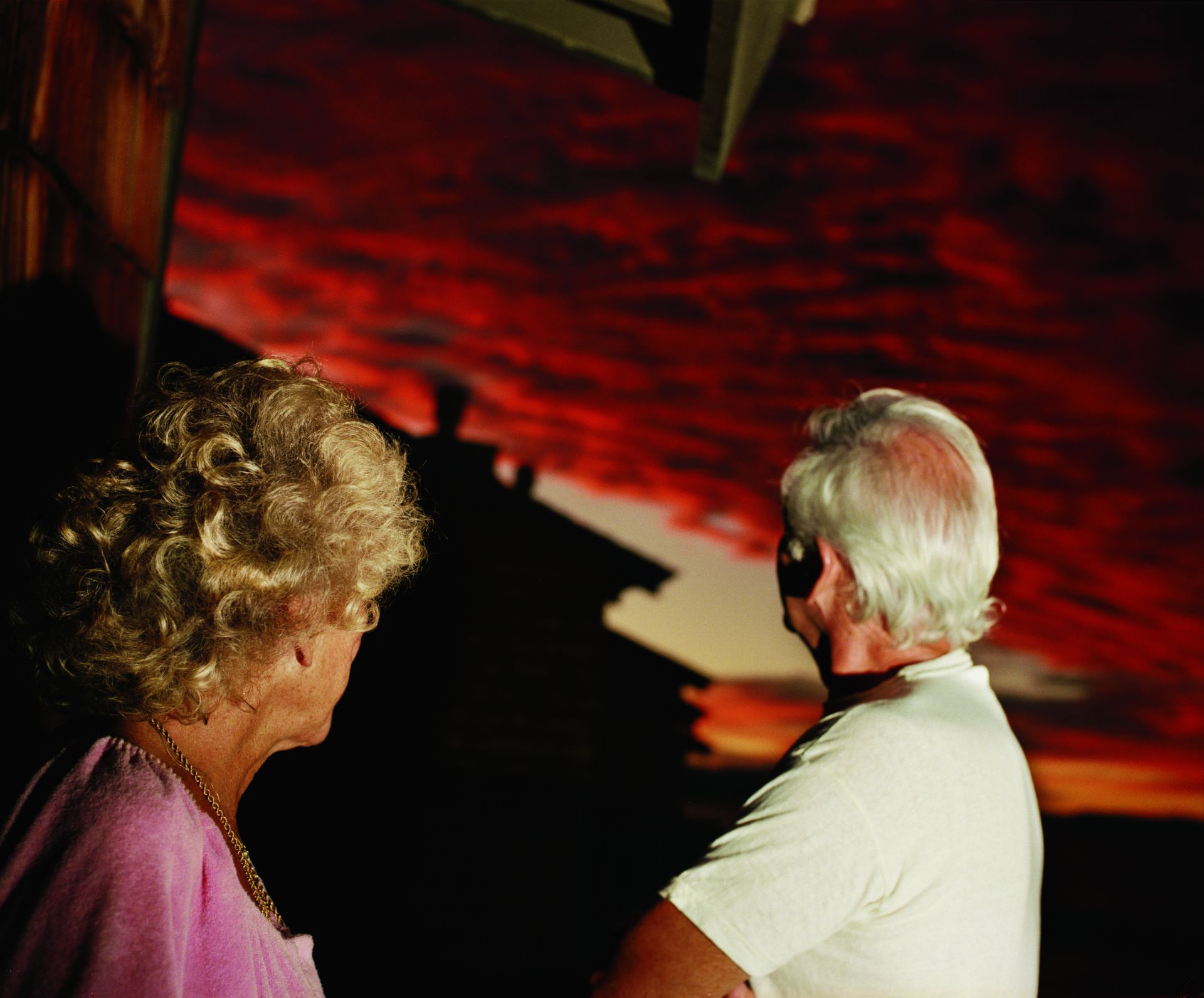 Sunset, from the series, Pictures from Home, 1989.
Courtesy Casemore Kirkeby and Estate of Larry Sultan
Advertisement 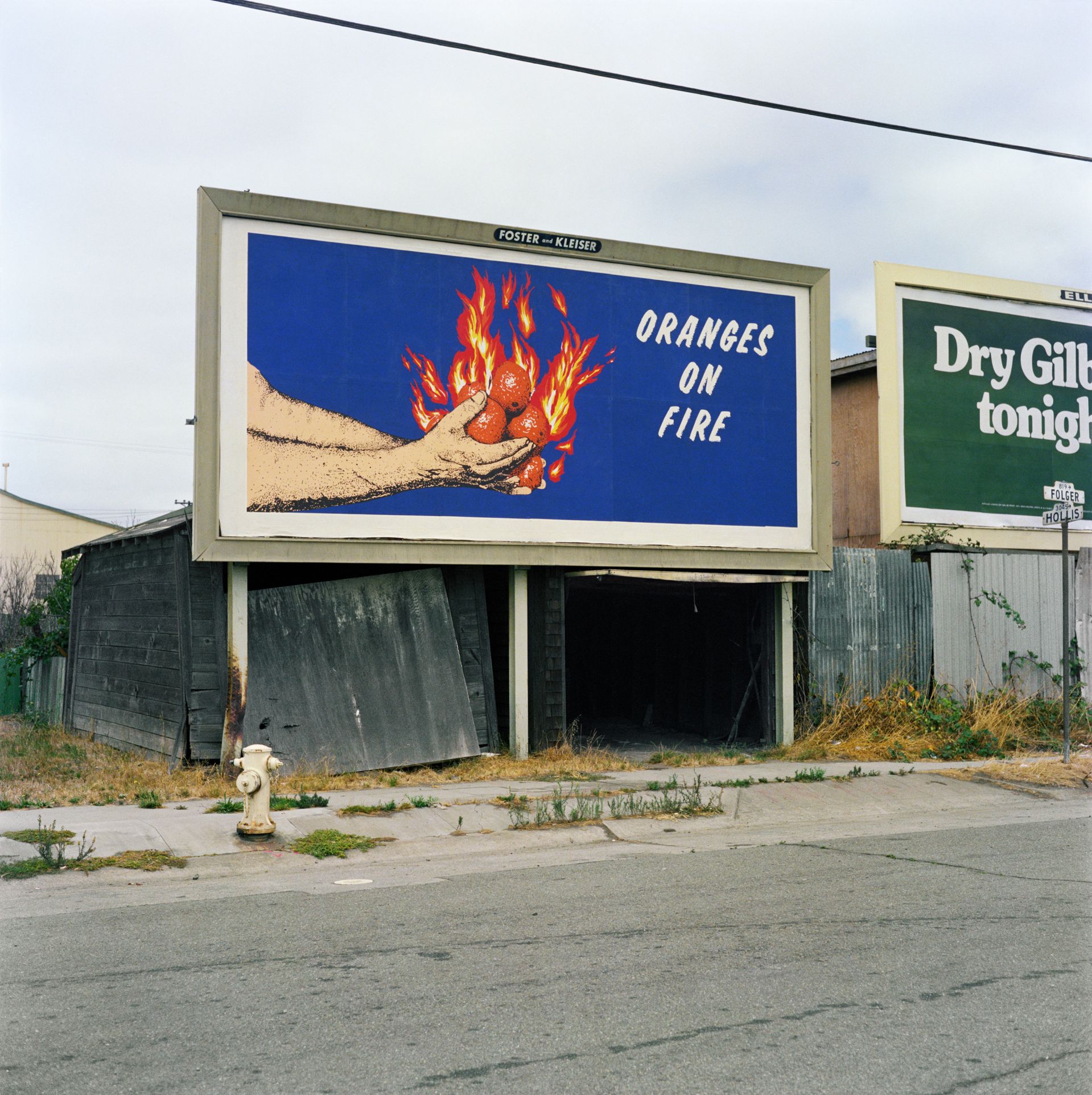 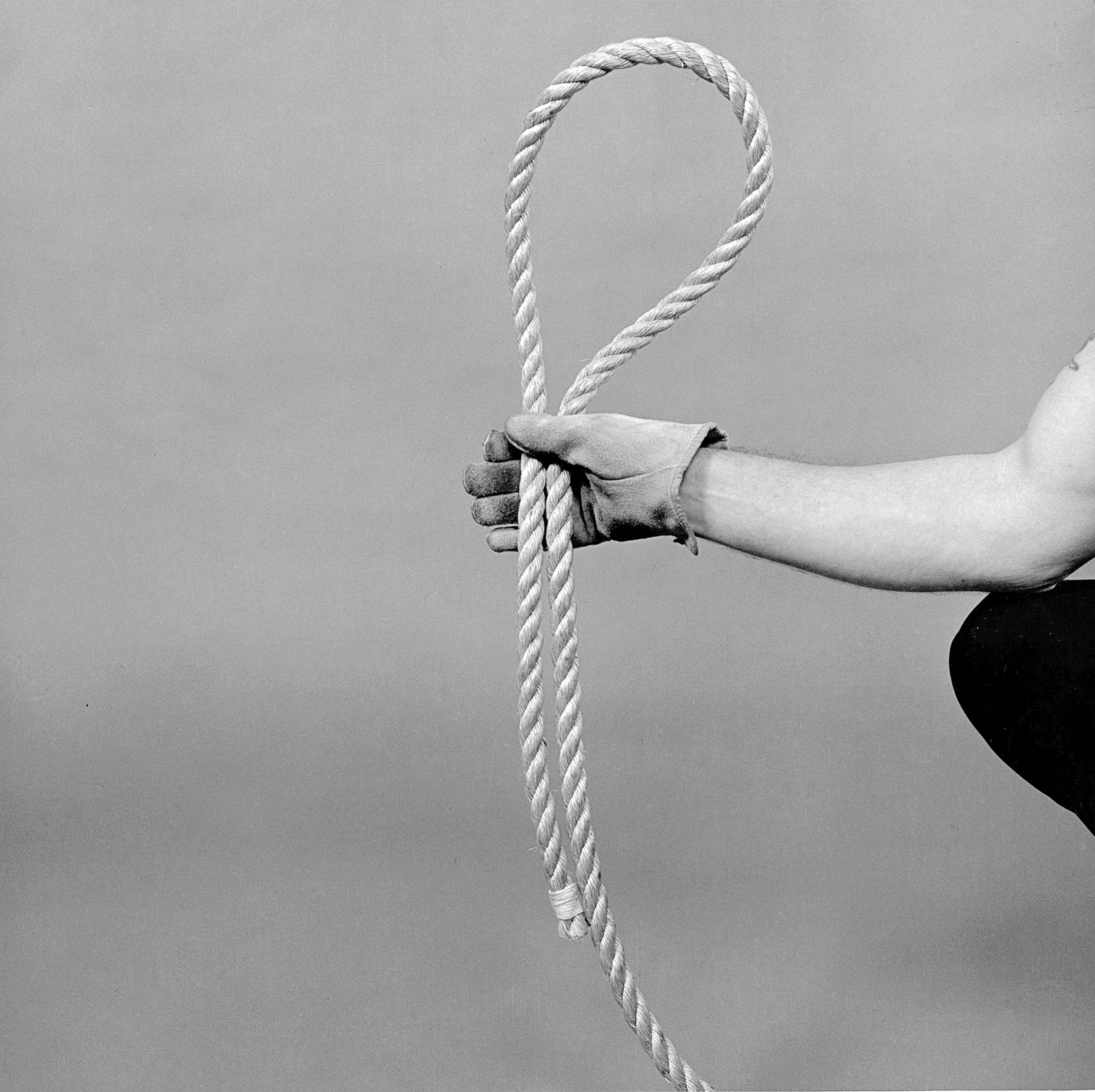 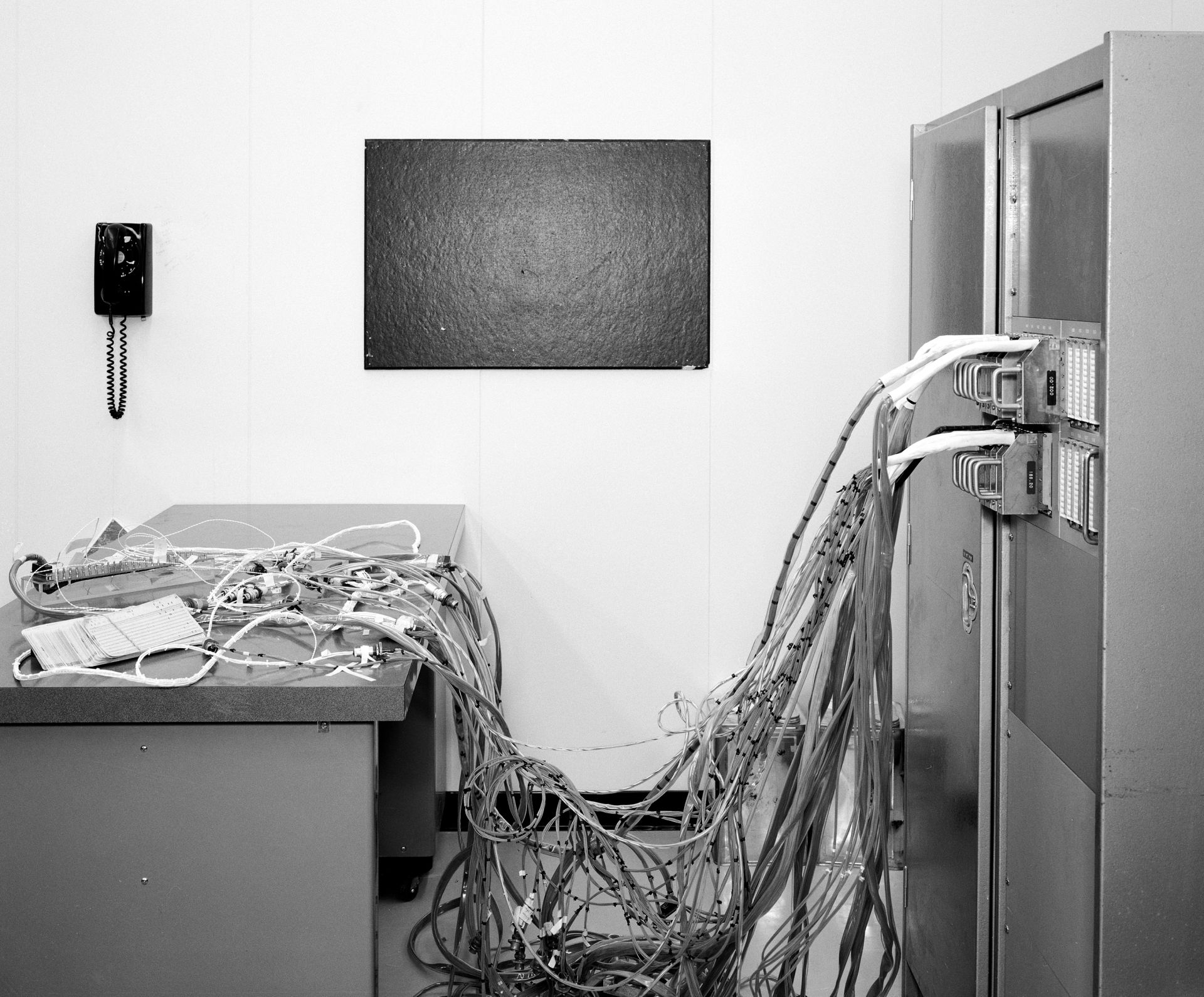 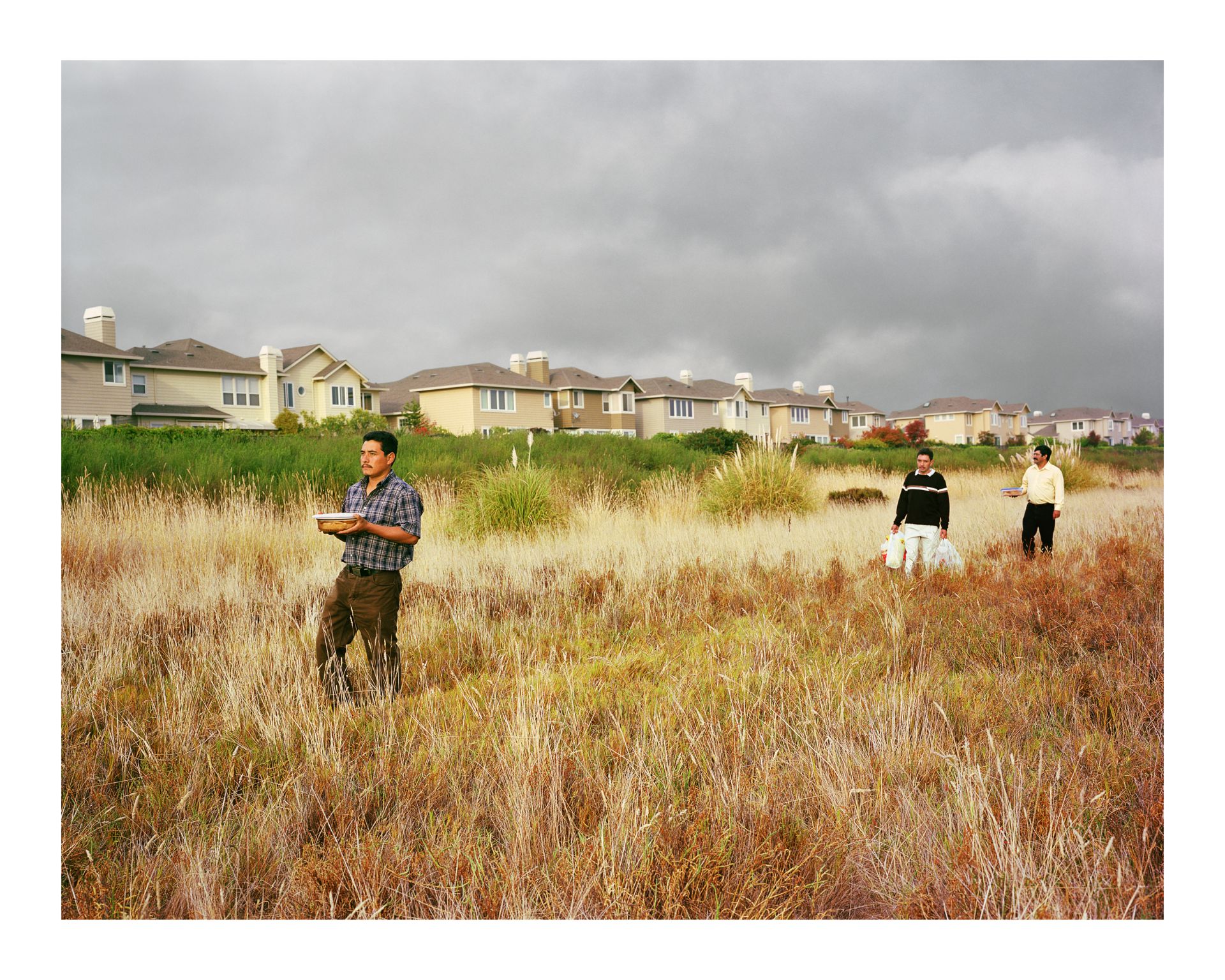 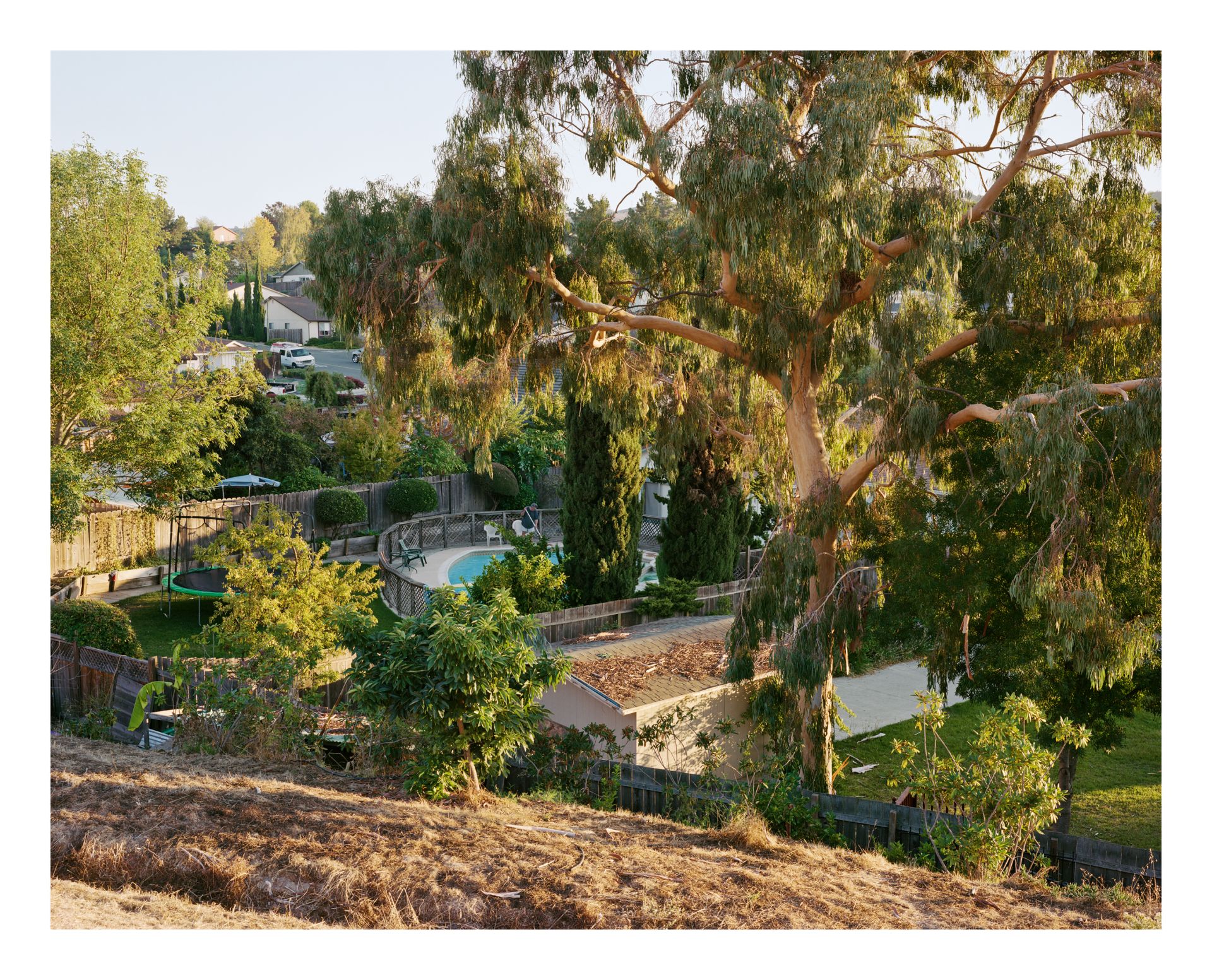 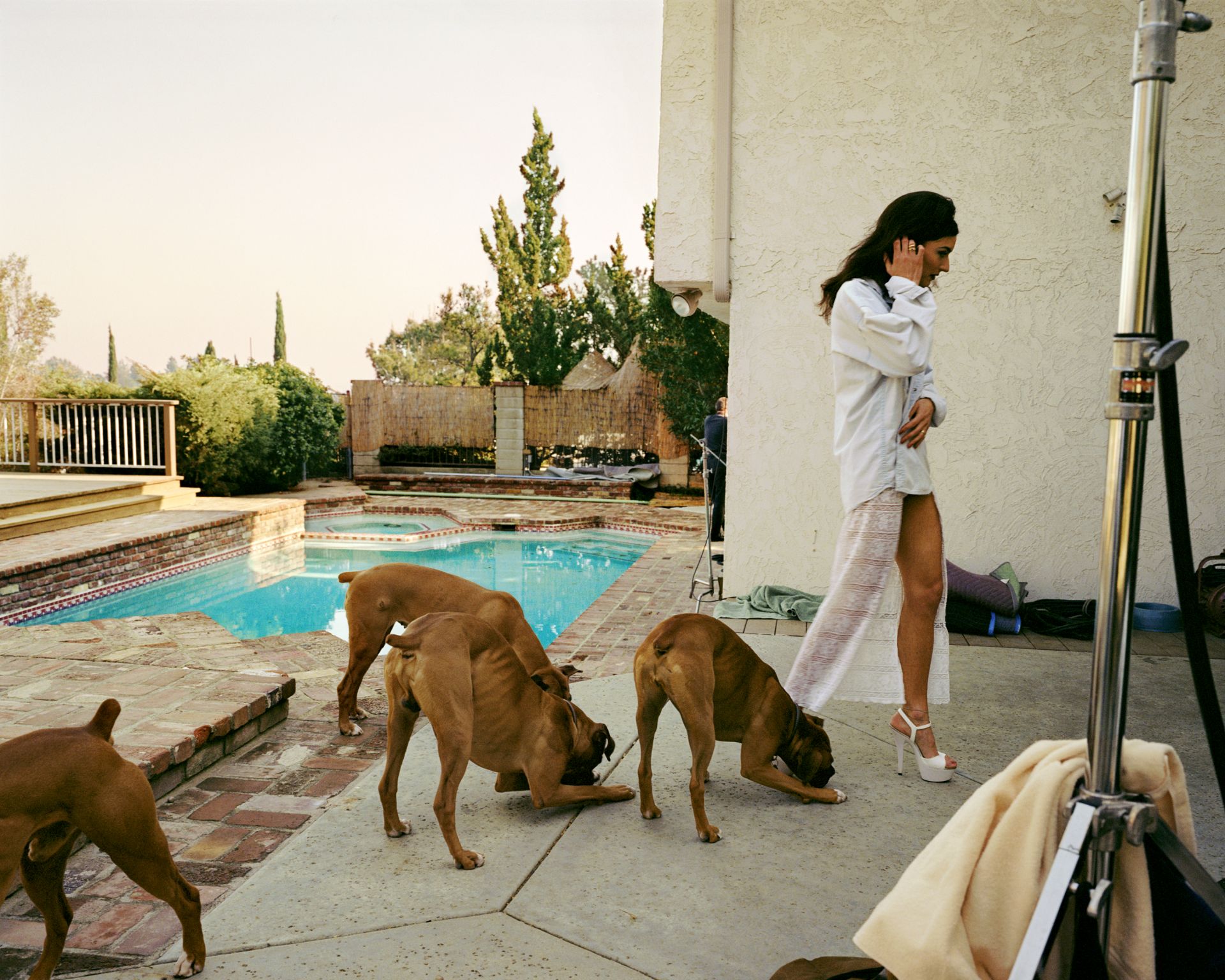 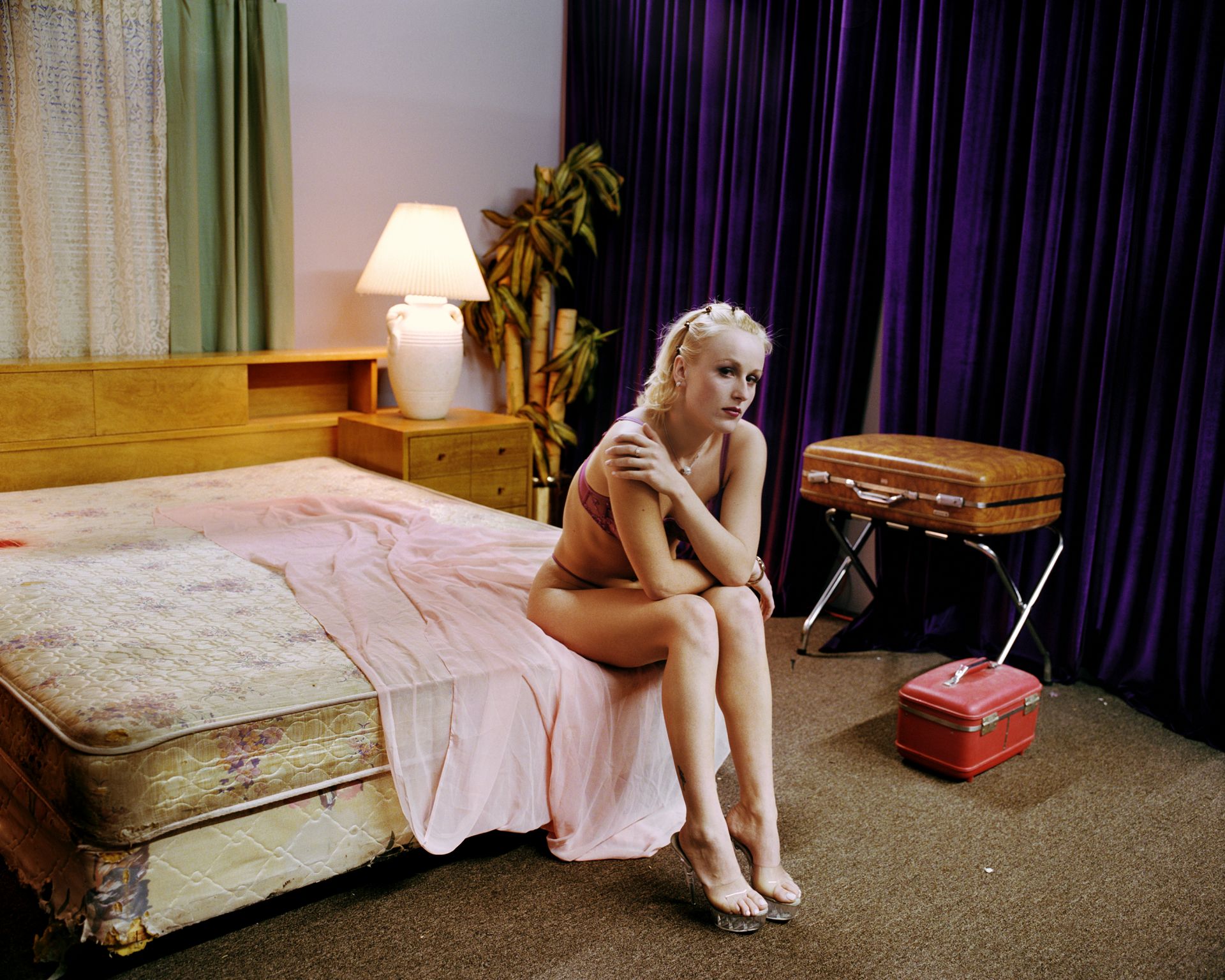 Sharon Wild, from the series The Valley, 2001.
Courtesy Casemore Kirkeby and Estate of Larry Sultan 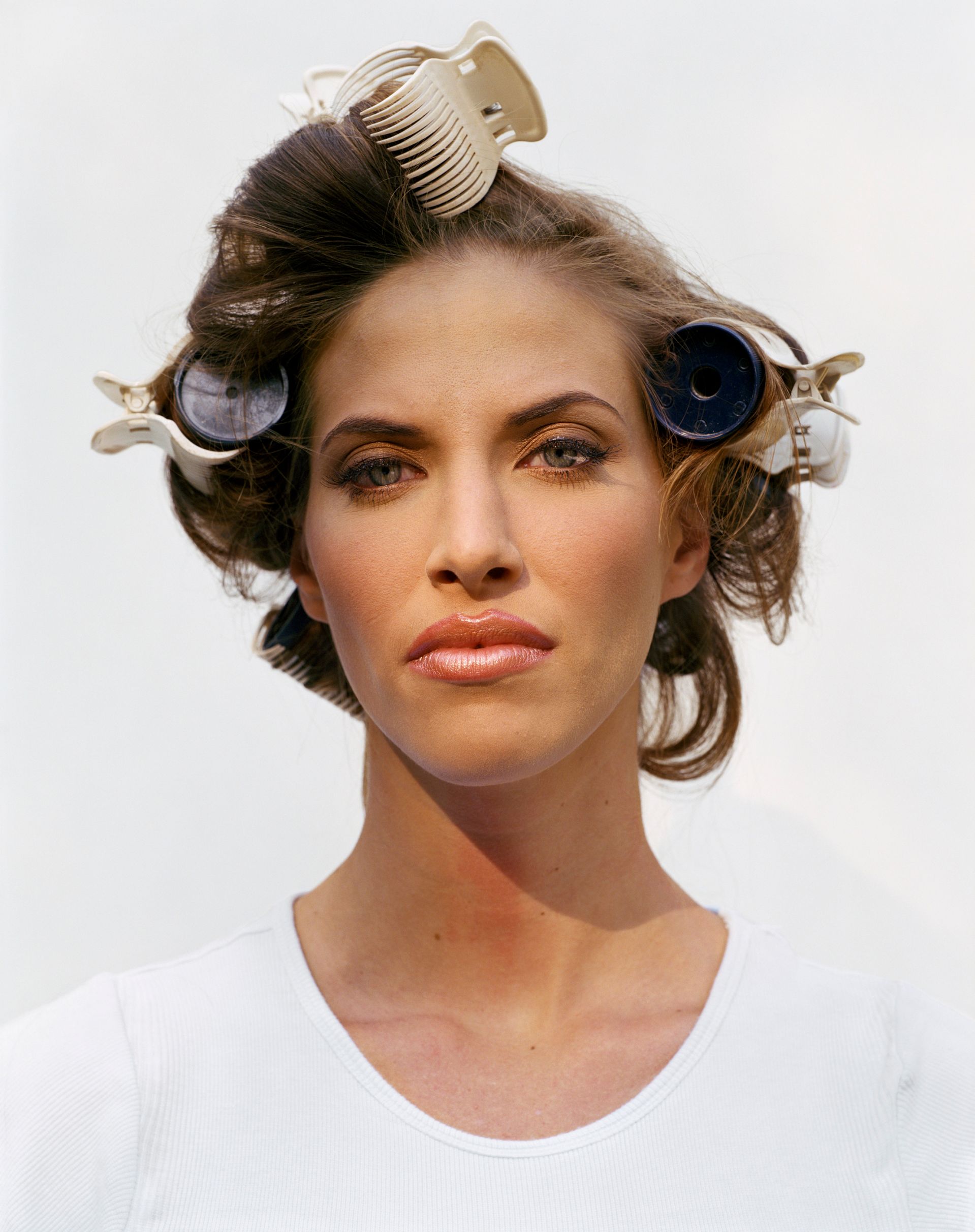 Larry Sultan, Woman in Curlers, from the series The Valley, 2002.
Courtesy Casemore Kirkeby and Estate of Larry Sultan 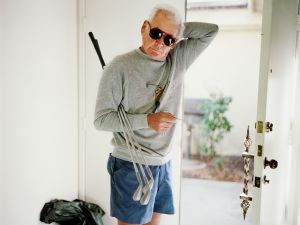 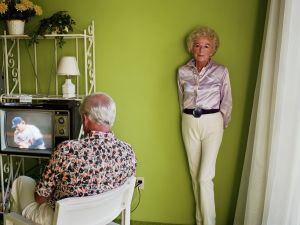 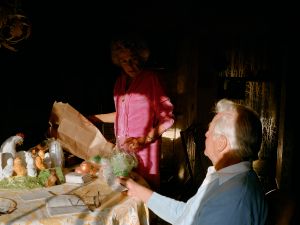 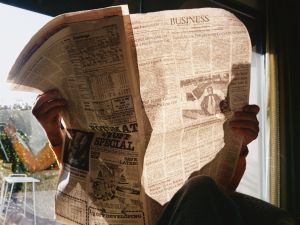 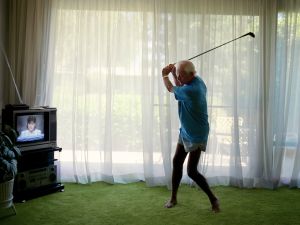 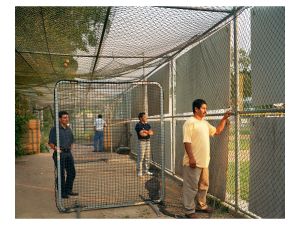 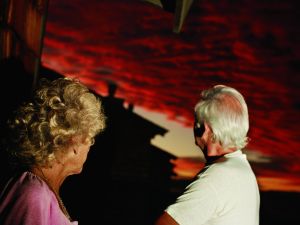 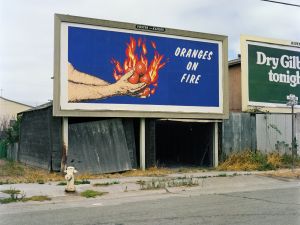 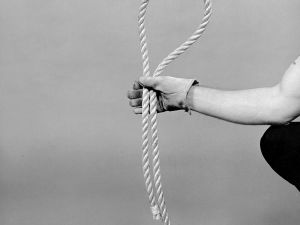 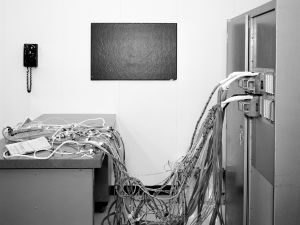 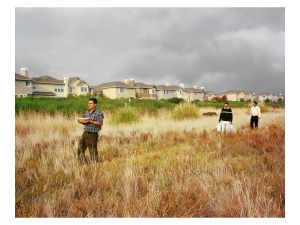 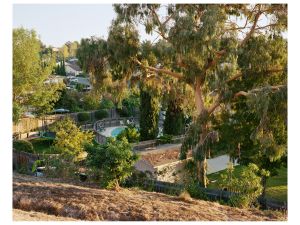 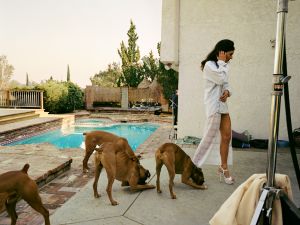 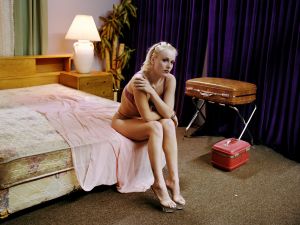 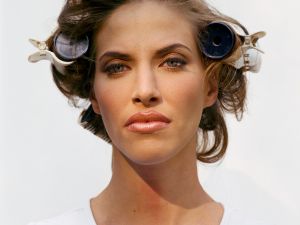 Larry Sultan was born in Brooklyn in 1946, but moved with his family as a young child to the San Fernando Valley outside Los Angeles. The artist, who died in 2009, always said that he had no memory of New York, and that Los Angeles was his home.

Home was an important theme for Sultan, a subject that inspired his best pictures. Sultan’s parents were Jews from Brooklyn who joined a huge migration west in search of some of the things that California has always represented—everything from sunshine to golf courses to a new identity. And they found a lot of those things there, although there was trouble in paradise, as Sultan’s pictures show.

The artist’s photographs, on view in the galleries of the vast San Francisco Museum of Modern Art in the exhibition “Here and Home,” range from the satirical to the public and from engineering archives to the deeply personal. Through SFMOMA’s galleries, we follow his path to those personal pictures. Sultan typically showed his early satirical work on billboards, and art galleries didn’t want any part of it. With another photographer, Mike Mandell, he became an archivist, exhibiting photos taken by the federal government for NASA stations near the Bay Area. Eventually he returned home to Los Angeles, to take pictures of his family and his neighbors.

“Photography was a natural outgrowth,” Sultan said in an interview done in 2003 for the Los Angeles County Museum of Art, which is excerpted in the last gallery of the SFMOMA show. “Endlessly looking at the world…I found a way of having a profession that seemed consistent with my personality.”

“Few people make a living as an artist,” Sultan said, “so instead of conforming to the model of what you should do, just get the demons out of one’s system, all the pleasures and all the fantasies, and run with it. That’s been terrible for my career, but wonderful for my soul.”

When Sultan returned home to his parents’ house, he went to work on his 1983-92 series “Pictures from Home,” a compendium of stills remixed from home movies to which he added posed scenes of his father and mother (separate and together) swinging golf clubs and watching television. The parents dressed the part of prosperous Californians, yet the mood is elegiac and muted. Sultan’s father was a self-made success, an orphan from Brooklyn who worked his way up the corporate ladder as a sales executive for Schick Razors. When the company relocated, and he chose to stay in California, the man who looked very much like his artist son never worked again. Both parents collaborated as Sultan staged images of their lives. Among the project’s inspirations was An American Family (1973), a once-famous reality show/documentary about the lives of the Loud family of Santa Barbara.

When Sultan took those family pictures around to galleries and museums, hardly anyone would look at them. Anything to do with family was considered a theme more appropriate for women. But eventually curators saw the emotion in those personal pictures. Today, the photographs feel as iconic as Willy Lohman from Arthur Miller’s Death of a Salesman, in a radically different palette.

Too comfortable? Maybe. Yet these scenes, as Sultan the documentary photographer discovered, were part of that region’s landscape. After all, when he started, “photography was just permission to do reportage.”

“The truth can be staged, and it can be found,” he said.

“Larry Sultan: Hear and Home” is on view through July 23 at the San Francisco Museum of Modern Art.