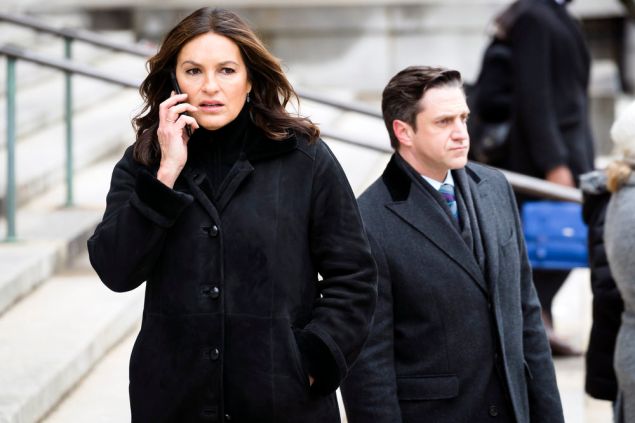 Whether we like it or not, there’s lots of personal information floating around about us. Sadly, it often seems like most of it is being used to manipulate us. Just who has access to this information, and how they get it, is currently fairly unregulated, meaning in the world of digital facts and figures about you, it’s a free-for-all out there.

This might just be the scariest thing about this episode of SVU, and that’s saying something about a storyline that contains rape and murder.

The episode opens with the SVU team briefing a squad room full cops about the details of a perp nicknamed “the 2nd avenue rapist” because that’s his hunting ground. Part of this guy’s pattern is to strike every two weeks, which would be in ten days, but……

As a meeting at a tech company takes place, it’s sadly clear that the next victim is going to be a young woman named Jennifer, and it probably won’t be in ten days, but sooner.

Fairly quickly, it’s revealed the Jennifer is dating her boss, David. The two of them seem a bit ethically challenged as they describe the data mining app that they’re working on as being like a gun – they just provide the material, they don’t police how people use it. If harm comes from it, so be it.

Just as foreshadowed, Jennifer’s body is found the next morning with trademarks of the serial rapist/killer,

Not long after, a woman calls police saying the dude she accepted a ride from could be the man they’re looking for. When the SVU team rolls up on the scene, they believe they have their man and escort him back to the interrogation room. It’s not really clear if the detectives are really that good or if the guy is not really that smart, but he gives it up pretty fast that he committed the crimes. BUT WAIT, Benson has a hunch that while he’s telling the truth about killing three of the victims, he really didn’t kill Jennifer.

The homicide detective assigned to the case is ready to call it a day and close the case, but Benson knows better than to do that. Benson suspects that Jennifer’s boss/boyfriend David is responsible for her assault and death. Jennifer’s sister Laura agrees.

Unfortunately, Laura is an alcoholic who’s having trouble staying on the wagon and David knows that and tells the detectives that she’s also paranoid. Laura seems to confirm this when she tells the squad that techie David was constantly spying on Jennifer.

When the only thing that will tie David to the crime is a rope (pun not really intended here), Fin reaches out to his rope guy to confirm. The rope guy, Dr. Bennett, at first confirms what the SVU squad suspected about David’s involvement in the crime, but then he changes his mind, saying he got some things mixed up.

This seems suspicious to Fin and the rest of the team, as Dr. Bennett hasn’t made a mistake in twenty years. Things take a turn when the detectives realize that David is blackmailing Dr. Bennett for something. When Fin and Rollins find him he’s on a bench sitting amid swirling snow with a gun in is hand. He mutters about something he did that was stupid that David is threatening to reveal. Fin talks him into giving the gun up.

Then, just as Barba is about to get Benson a search warrant for David’s tech company, his car and his home, he pulls up. Benson knows something fishy is going on with Barba but when she asks him what’s happening, he deflects.

Doing what she does best, Benson figures out that David has something on Barba and she sets out to do a little rogue investigating. But, when she isn’t able to put all of the pieces together, she confronts Barba and he owns up to doing something slightly shady to help a heroin addict get straight so she could testify at a trial. The witness later died of an overdose.

Benson, never one to be deterred, gets her warrants but still can’t get any dirt on David. Retracing their steps, the detectives head back to Jennifer’s apartment where they figure out that Jennifer’s TV recorded video that clearly shows David murdering Jennifer.

As David is taken away in arraignment court, he sneers at Barba.

In the final moments, Barba tells Benson that he’s told the DA about what he did and now he has to meet with the DA to discuss his future. Benson is crestfallen but signals her support as Barba walks away.

Let’s address that last scene first. While Barba may have done something questionable – he admitted as much but said he would do it again – it’s a pretty safe bet that he’ll still be around. It was kinda of fun when Barba said to Liv, “I love this job.” Well, that’s become pretty apparent, but it could have been Raul Esparza saying that to his pal Mariska. This is evidenced by the fact that he pretty much says this all the time (at least he’s said it to me each of the last three years at the season opening SVU press day.)

And, it was kinda sweet how in that moment Olivia called him Rafael, rather than Barba. We don’t hear that often, if ever really, and it was a nice departure from the formalities these two usually exchange (even when they’re fighting, er, disagreeing, about something.)

Moving back to the top of the episode, it was a little off putting to see Jennifer dead. It feels like there hasn’t been a flat out murder at the top of an SVU episode in a while. In recent years, it’s been more about dealing with live victims. This shouldn’t be jarring as this was the pattern for years, but for some reason it just felt that way this time.

Also, pretty shocking was the actual footage of David striking Jennifer. It was quite violent and absolutely cringe-worthy. But, in a strange way, it was also incredibly important to include that moment to show just how vicious it was, remembering that this sort of thing, sadly, happens in current society EVERY SINGLE DAY.

Along those same lines, while it was sort of cute and funny to hint that Carisi had a girlfriend because pop up ads for bras appeared on his computer after he claimed a friend used it, was it really necessary to call her Miss 34B the rest of the episode? I can admit I don’t know a better way to do this right now in this moment, but on a show that’s already pretty tough on women, consistently referring to a woman by her supposed breast size just isn’t cool. This could have been a time to talk about respect. Maybe Carisi could have as much, like, “Show some respect, please. Her name is ________,” or something like that.

Now, this is the part where we talk about the real theme of the episode – privacy.

At a time when people post vacation plans, photos of small children and what they’re having for lunch, there’s kind of a fine line between what’s personal and what’s public. You can think you control what’s online about you, but there’s probably more out there than you know, and that’s just plain scary.

If you shop online at all you have to know that companies are following that information closely. They claim it’s for marketing purposes, but there’s probably more to it than that.

(I always have to laugh when Amazon sends me a picture of something they’re encouraging me to buy and I have absolutely no idea what the thing is!)

Anyway, good on SVU for tackling the topic as best they could. They weren’t that far off with the voice activated TV capturing Jennifer’s assault as there’s a case right now in which the police think an Amazon voice activated device recorded a murder. (Amazon is arguing that interactions with the Echo device, named Alexa, are protected by the First Amendment.)

Combining assault, blackmail, and issues concerning privacy into one episode shows that SVU is just doing that thing they do — keeping it real. 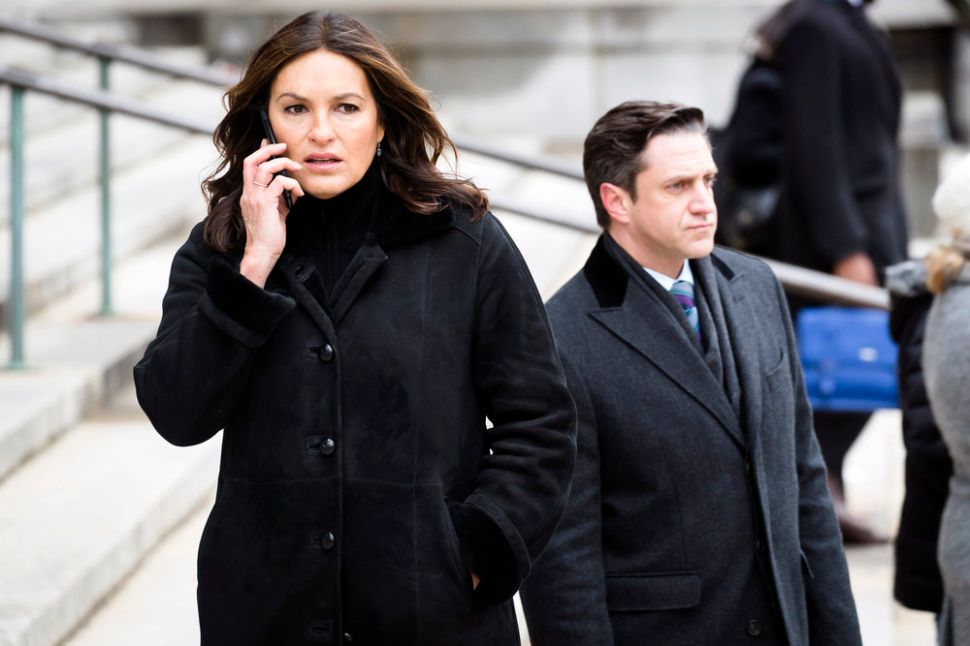