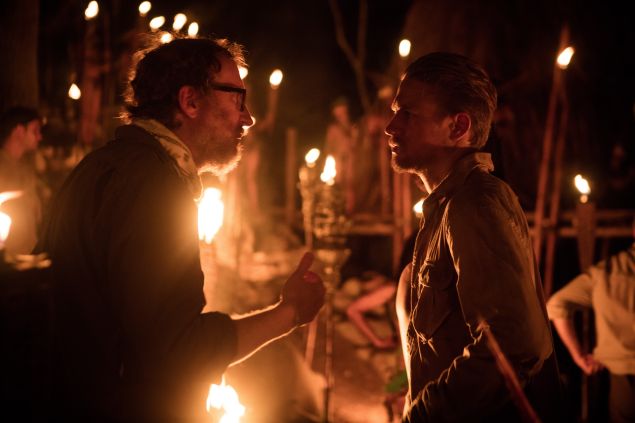 Director James Gray (left) on the set of The Lost City of Z. Bleeker St

When journalist David Grann settled into a New York screening room to take an advance peek at James Gray’s film adaptation of his 2009 book The Lost City of Z: A Tale of Deadly Obsession in the Amazon, he was gobsmacked.

The sweeping grandeur was on full display, the period details were exacting, the primordial jungle was captured in all its feverish intensity, Charlie Hunnam’s portrayal of British adventurer Percy Fawcett was uncanny. And yet. “The first time I watched it,” he said, “I spent most of the time going, ‘Oh, okay, they shot that scene — oh, wait, they didn’t include that — oh, wait, they did that — oh, look! Oh, wait! Oh, this scene! Oh my God!’ You experience it with a totally surreal quality.”

Then again, if you’re going to turn a nonfiction book into a movie, you might want to talk to Gray. “I have a weird history obsession,” the filmmaker admits during an afternoon chat at the Hotel de Rome last February, just hours before his film version of The Lost City of Z has its international premiere at the Berlin Film Festival in the luxurious Zoo Palast theater.

He’s not kidding: after arriving from L.A. the morning before, Gray fought jet lag by visiting no less than five landmarks in the German capital—including Hitler’s bunker, Checkpoint Charlie, the Kaiser Wilhelm Memorial Church, and Museum Island (home to The Pergamonn and Neues museums).

“We saw Nefertiti’s head,” he says. “And the Ishtar Gate of Babylon? That’s the greatest thing I’ve ever seen. Why is it in Berlin, by the way? That’s a total act of Imperialism. It’s like going to the British Museum and seeing the Elgin Marbles—where they have a pamphlet right there that says, ‘Why is it here? Is it right?’ No, it’s not right! You stole them off the Parthenon!”

Gray comes by his passion for the past honestly: in 1976, his grandfather, an immigrant who had gone through Ellis Island, took the then-7-year-old Queens native to visit the storied inspection center (just recently re-opened to the public and still in disrepair). “It was not restored yet, so you had half-filled-out immigration forms on the floor with footprints on them,” says Gray. “You felt the history in a way that was amazing. My grandfather took one step into the place and burst into tears.”

No wonder, then, that Gray wanted to tackle Grann’s sprawling narrative about Fawcett and his Amazonian obsession that climaxed with a doomed 1925 voyage from which he never returned. Then again, it’s also about other people’s obsessions over Fawcett, including James Lynch in the 1990s and of course Grann himself, who trekked to the Amazon and retraced Fawcett’s steps as part of his research.

“Look, I’m going to do digressions and go off in historical subplots, and do backstory,” says Grann. “I can do multiple expeditions, I can trace his childhood—and you’re just not going to do that in a film.” So how do you translate such a sprawling story onto the big screen?

“The book has a zillion narrative strands,” says Gray. “So where do you begin if it’s worthy of adaptation? What struck me was the core of this person. Why was he obsessed? What was the nature his obsession? It seems to me to be mostly about Fawcett’s dead alcoholic gambling dad, and that his family name was mud. He was driven by that feeling of his inadequacy, the terror of the class system and what kind of pressure it put on him.”

Coincidentally, those are the qualities that Grann admired in Gray’s earlier movies—dramas like The Yards, We Own the Night, and Two Lovers. “So many of his films are set in New York, so you’d think, ‘Well, this is completely different.’” Says Grann. “But then you see some of the similar themes playing out: class, outsiderism. So I knew the project was in a serious filmmaker’s hands.”

In fact, Gray’s screenplay encapsulates Fawcett’s anxiety in a delicious line of dialogue not found in the book. “He’s been rather unfortunate in his choice of ancestors,” sniffs one snarky aristocrat about the socially striving explorer.

It’s that kind of concision that put Grann at ease. “Your hope is that they get the essential truths right,” he says. I really see the process as being different. You want it filtered through somebody else’s artistic vision. Otherwise, it’s just the same thing.”

Grann’s book is a meta-narrative, one in which he plays a role himself and is constantly commenting on his historical characters. Gray eschews that post-modern approach and goes for a more immersive, almost mythic path.

“I decided to tell a story straight ahead with that emotional investment,” he says. “So I got rid of Gramm, got rid of Lynch. What about Fawcett? Okay, he’s gone on eight trips to the Amazon. Well, this is a movie and not a mini-series. How many acts are in a movie? Three acts. So there are three jungle trips. Three acts, three jungle trips, one guy. Simplify.”

Gray shot on location in Ireland and Europe, but also in the Amazon, despite the fact that they flirted with black caimans as well as a bug with an appetite for Hunnam’s eardrum. “The jungle literally takes you over,” says Gray. “The light is different, the level of green is different, the heat and humidity and air feel different. It’s an immersive experience whether you want it to be or not. And the camera does capture it.”

Was he ever tempted to shoot on a Southern California back lot? Gray never even entertained the notion. “It’s funny, I showed the film to an artist friend of mine,” he says. “And he told me, ‘The look on their faces. You can tell. It’s not Burbank.’’’

“I thought they did a really great job,” says Grann. “Your sensations are being overstimulated each way you turn. And you don’t know what you’ll find, both good and bad. It’s beautiful and eerie, and they captured that. It’s definitely a movie that lingers with you.”

Gray also made Grann reconsider his book. “The film made me think more about this search for something sublime, in a way,” he says. “And I think this movie was a quest for James, too, in the same way my book was a quest. In our own totally distinct, separate processes, we went through our own mad quests to get these projects done in our own ways.” 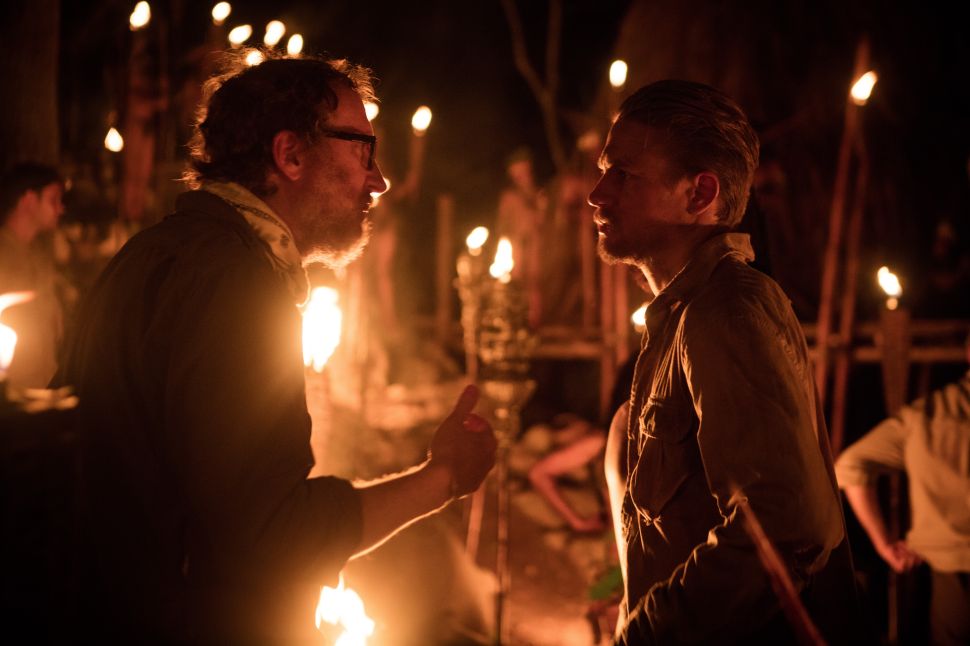