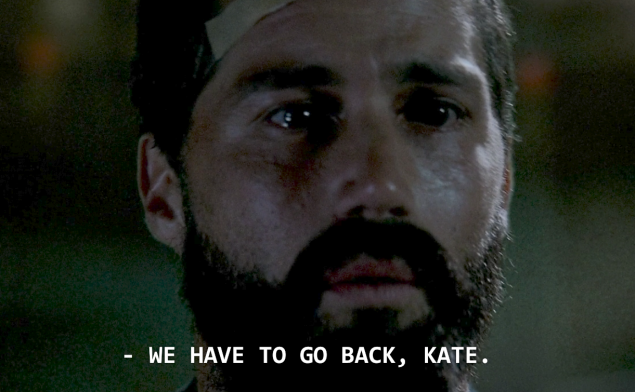 I’m sure Entertainment Weekly had pure intentions when reporting on the Lost-ending-that-never-was, a fight between Jack Shephard (Matthew Fox) and Smoke Monster Locke (Terry O’Quinn) inside a dead-ass serious exploding volcano, and thus couldn’t have known this story has now driven me quite insane over what could have been. Direct your eyes, dear readers, to co-creator Damon Lindelof‘s description of a finale scene so stupidly perfect that I will not rest until the entire Lost cast is reunited to film it/time travel is invented by H.G. Wells and we can course-correct this timeline once and for all.

“We were going to have lots of seismic activity, and ultimately, there was going to be this big fight between the forces of good and the forces of evil, which ended up in the series manifesting as Jack and The Man in Black, in the midst of magma. Magma spewing everywhere!”

According to the Lost creative team, their own personal Mount Doom was nixed due to a combination of budgetary reasons and Star Wars Episode III simply doing a lava-fight just that much better, marking occasion #156 in which the Star Wars prequels have negatively impacted my life.