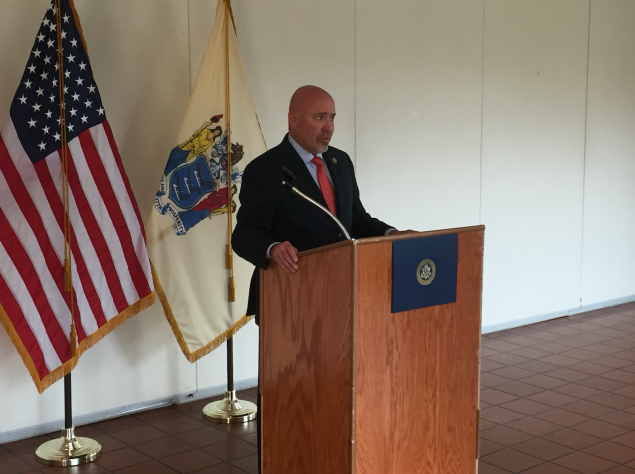 MARLTON — Facing a wave of critical ads from both sides of the political spectrum, Rep. Tom MacArthur on Wednesday called out several groups behind the attacks that are seizing on his support for the defeated Republican plan to replace Obamacare.

“Outside groups, in the last two weeks, have been attacking me with paid advertising dollars for working to improve this bill instead of just walking away,” MacArthur said at a news conference he held to rebut the attacks. “I have been attacked by the Club for Growth because they see the bill as not enough repeal of Obamacare. This week I’m being attacked with hundreds and thousand of dollars in paid advertising by Save My Care because they say there’s too much repeal of the Affordable Care Act.”

MacArthur, the lone New Jersey congressperson to say he would support the American Health Care Act before House Republicans scrapped a vote last month after a wide public backlash, took on critics from the right and left and said some protesters following him around lately are often paid or not his constituents. MacArthur was  one of the AHCA’s architects and a nexus in negotiations between House Republicans and the Trump White House.

The deep-pocketed and influential Club for Growth in Washington made a $500,000 ad buy to criticize MacArthur for his stance on the AHCA, while Save My Care, an alliance of several left-leaning advocacy groups, will be airing $200,000 worth of television ads accusing the congressman of not “fighting to protect coverage for preexisting conditions.”

That MacArthur could be so influential in the health-care debate in Washington as a second-term congressman, and at the same time take incoming fire from a rare mix of prominent conservative and liberal groups, shows some of the advantages and perils of being a center-right Republican in the nascent Trump era. The 3rd District voted for both Trump and President Barack Obama twice, and Democrats see MacArthur’s support of the AHCA as a weakness to exploit in the lead-up to next year’s congressional midterms.

“I got to a point where I felt that I had made enough improvements to the bill that I could support it. I’ll be the first one to say it’s not a perfect bill,” MacArthur said. He pointed to a series of amendments he negotiated that would have added $165 billion in funding to protect vulnerable populations from losing coverage: $90 billion to cover those age 50 to 64, $60 billion for the elderly and disabled on Medicaid and $15 billion for mental illness, addiction and maternity treatment.

MacArthur took aim at New Jersey Citizen Action, the liberal activist group that has staged weekly protests at his district office in Burlington County. He noted that Citizen Action organizers Maura Collingsru and Jerome Montes are not his constituents.

New Jersey Citizen Action and Club for Growth were not immediately available for comment.

MacArthur argued that leaving Democrats out of health-care negotiations is not an option for Republicans. Provisions that prevent discrimination based on preexisting conditions are already law, and the bill Republicans declined to act on doesn’t touch that popular aspect of Obamacare—a point that he said Save My Care’s ad fails to mention.

Although the AHCA itself does not touch those regulations on insurers, the White House and a group of congressmen known as the Freedom Caucus have discussed a proposal to revive the bill with changes that would disrupt the preexisting condition provision now in place.

Reached by email, Save My Care spokesperson Meaghan Smith defended the ad by pointing to a Washington Post story that called a similar ad aimed at Republican congressman Darrell Issa of California “technically correct.”

“The Washington Post fact checked it stating ‘this one is relatively careful about its language,’” Smith said. “If Congressman MacArthur is concerned about his constituents’ response to the ad, then this is his opportunity to publicly say he will vote against the House Republican leadership and the Trump administration’s proposal that would gut protections for people across New Jersey with preexisting conditions.” 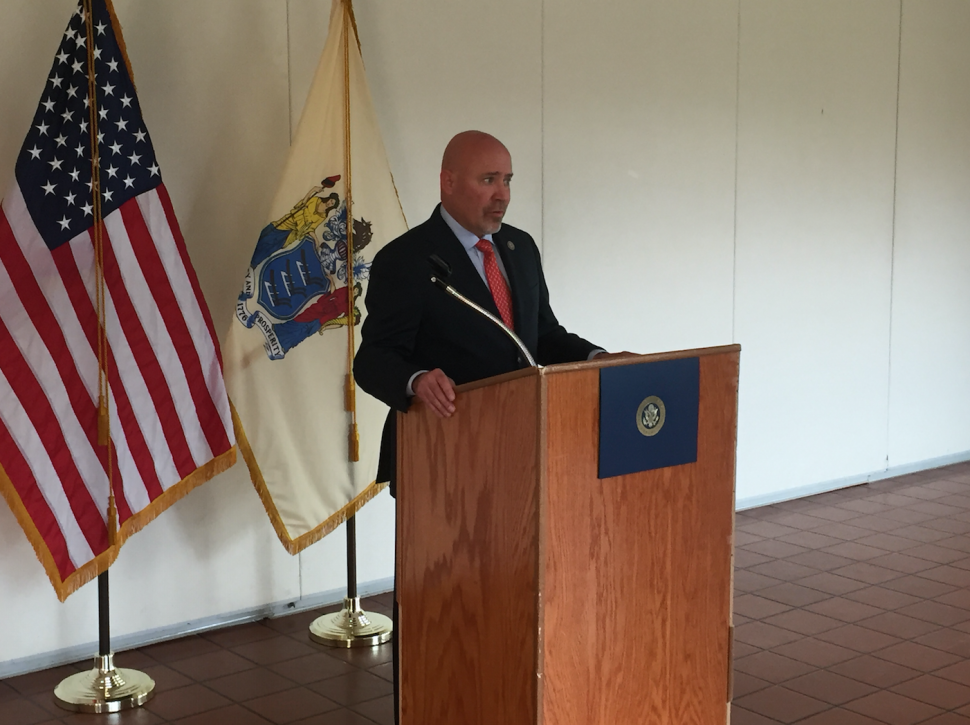