Former Clinton adviser and current Mayor of Chicago Rahm Emanuel recently released another out-of-touch, elitist proposal that will do more damage to residents of Chicago. His latest idea adds to his already long list of gaffes, corruption, and overt negligence that have plagued his tenure in office.

Emanuel unveiled a proposal that would deny students their high school diploma unless they showed an acceptance letter from a college, university, community college, military, apprenticeship or internships. The proposal is the first of its kind in the country, likely because it will produce damaging impacts and unnecessary bureaucracy. The proposal presupposes that students will be able to afford to go to college and doesn’t take into account students with special life circumstances, like disabilities or undocumented immigrants.

Emanuel’s neo-liberal solution adds a provision to high school graduates instead of strengthening school programs to provide students with options and opportunities upon their graduation. Some education experts have also expressed concerns over whether the proposal is legal and if Chicago’s local community colleges are equipped to handle a surge in students.

A few days after his proposal was released, Emanuel met with Secretary of Education Betsy Devos in Washington D.C. Emanuel did not respond to Chicago’s PBS affiliate for a statement, but Devos said in a press release, “I want to thank Mayor Emanuel for today’s conversation and for sharing his vision for education in the city of Chicago. I look forward to continuing to find ways in which the Department can work with the mayor’s office to ensure the students of Chicago receive access to the highest quality education possible.”

Devos came closer than any other of President Donald Trump’s nominee to being denied confirmation due to her questionable views and lack of qualification for her position. Emanuel shares a similar unpopularity on his education policies.

In 2016, the Chicago Teachers Union asked Emanuel to resign. His public schools executive chief plead guilty in October 2015 in a kickback corruption scheme. He appointed Juan Guzman, an anti-union, pro-charter schools advocate, to the Chicago Board of Education. More than 18,000 students in Chicago’s school system are homeless, while Chicago’s Housing Authority sits on a surplus of $379 million. Seventy-five percent of Chicago’s schools don’t have libraries of their own.

“Emanuel led the largest mass public school closing ever in one U.S. city—mostly in African-American and Latino communities—and has been accused of fostering educational ‘apartheid’ by the Rev. Jesse Jackson,” wrote President of the Chicago Teachers Union Karen Lewis in a January 2017 op-ed. “He also is known for his Rolodex full of prominent businessmen and wealthy entrepreneurs who have funded charter school privatization, which set the stage for the aforementioned closures.” She added, “The very people driving education policy—Emanuel, DeVos, and the phalanx of wealthy philanthropists subsidizing their ideas through the campaign-finance system—are blocking the most effective education reform available: equitable funding.”

Emanuel’s tenure in Chicago has been marred by several police scandals, including the Guardian uncovering an illegal interrogation and detention house used by police and a massive cover-up by Emanuel’s administration to prevent footage of police murdering unarmed 17 year-old LaQuan McDonald. Despite his abhorrent record, the Clintons and the Democratic establishment have stood by Emanuel throughout his administration rather than distance themselves from the corrupt and crooked establishment crony. 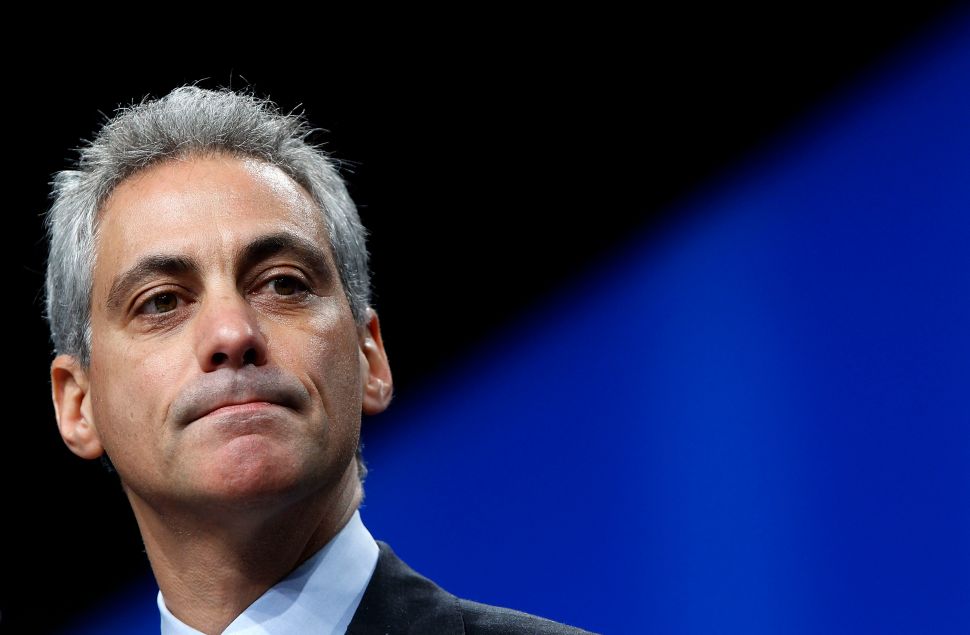