It used to be fun to joke about how reality was slowly but surely transforming into a Black Mirror episode–not even a plausible one, but one where you’re like come onnnn–but that was before a Keeping Up with the Kardashians star tried to lob Pepsi cans at racial injustice, an airline dragged a passenger from a plane to make room for their own employees and, right, right, the P.O.T.U.S is currently inciting nuclear holocaust courtesy of the world’s most insane dictator over social media. Now the comparison is just sort of…objectively true? Yeah, that’s it. If Netflix doesn’t snatch exclusive rights to the actual Hunger Games by the end of June I’d genuinely be surprised. Oh man, that’d be a hell of a get for Hulu, though.

So, yeah, this is all a way to introduce the fact that Marvel wants comic-book shop employees to dress up as super-Nazis and McDonalds workers will now look like they’ve been divided into separate factions based on whatever skill best serves The Overlord.

Let me explain…this, all of this. This whole dang mess. First, McDonalds, which as you can see above is rolling out a new look for its employees who totally 100 percent were not under any circumstances bred from birth in a laboratory to better serve Quarter Pounders. The uniforms, which you’ll soon see in all 14,000 McDonalds U.S. locations, focus on “comfort, fit, functionality and contemporary professionalism,” according to senior director of HR Jez Langhorn.

The statement, while possibly true, leaves out the part where a drab, lifeless grey-on-darker-grey color palate is the preferred look of near-future scenarios where the government hunts insurgents with drones and everyone wears eye-patches. I don’t want to eat McNuggets to a John Carpenter soundtrack. I don’t want children to find a note in their Happy Meal that says “the Fish Filets are actually people.” I look at those uniforms and know, just know, that one day soon a McDonalds employee is going to realize she’s The One to unite the Cash Registers with the Drive-Thru with the Flurry Mixers to overthrow The Manager.

It’s not an ideal look, is what I’m saying. Especially now. Right now, when we’re two Tweets away from building Mad Max cars where Los Angeles used to be. Couldn’t be worse ideas, right?

“Hail Hydra,” indeed, says comic-book juggernaut Marvel, currently leaning hard into its “Hydra takeover” to celebrate its Secret Empire event. You may have heard that Captain America, world’s most righteous hero, the symbol of all that is just and fair, the dude who straight up clocked Adolf Hitler in the fucking face…was evil the entire time. The whole time! Since 1941, Steve Rogers has been a secret Hydra plant. To commemorate this reveal, as reported by Bleeding Cool, Marvel released a special Hydra shirt only available to comic shop retailers (with the extra kick in the nuts of only offering Large and Extra-Large). 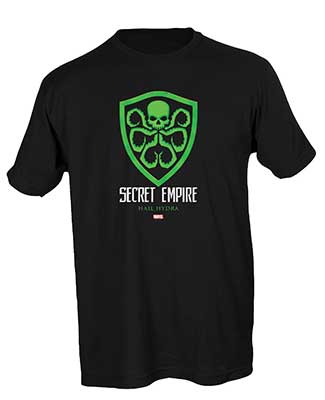 The problem being, as pointed out by many-a-person, that Hydra is and always has been Marvel’s Nazi adjacents, formed by the combined efforts of a former SS Death Head’s Squadron member named Baron Wolfgang von Strucker and Hitler’s literal right-hand man, the Red Skull, who was introduced to the world in 1941 looking like this:

I love Marvel, I do, and I’m also a big believer in letting a story play out to its eventual payoff; as long-time Spider-Man writer Dan Slott pointed out, wait-and-see is the exact advice he gave ad nauseam while pissing off Peter Parker fans with his “Superior Spider-Man” run. And I get that, I do, I do, but I guess then my biggest question would be…

Whyyyy now? Why right now, when synagogues across the country are getting bomb threats, hate crimes are on the rise and we are still talking with straight no-bullshit faces about building a 1000+-mile wall between us and Mexico do you look at Hydra and say “yes, that right there is what we need to be pushing”? Unless the payoff is Captain America literally leaping from the comic-book pages into reality and somehow ending racism itself with a roundhouse kick, what’s the benefit, besides an angry fanbase and a few more variant covers sold?

God. We’ve all lost our minds. At least I know if I quit now before the world ends I can make a cool $25 million, as long as I sexually harass enough co-workers on my way out the door. 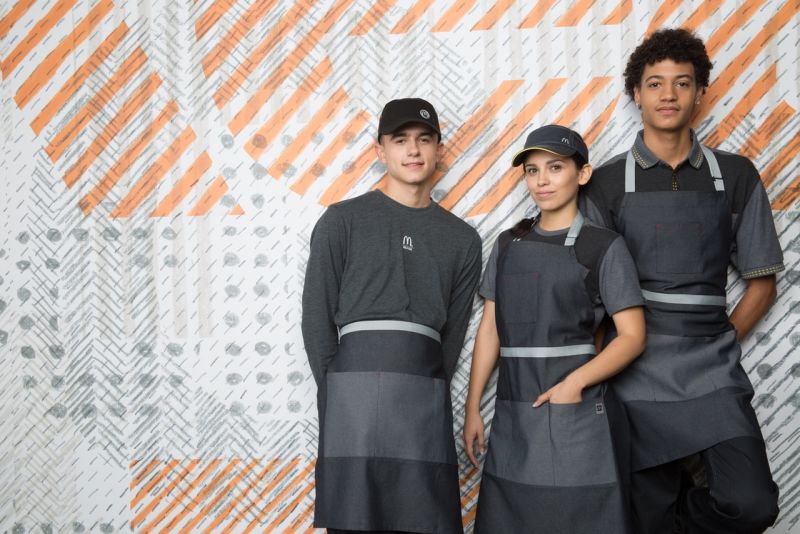