Meghan Markle seems poised to become a princess, and she’s seemingly perfect for the job. Sure, she might be an American actress, but she’s almost as philanthropic as Prince Harry, which is an impressive feat. But now, it’s possible that Meghan’s family members want to reveal less than perfect aspects of Meghan’s personality and childhood.

Meghan’s estranged half-sister Samantha Markle is threatening to write a tell-all. Her half-sibling is consistently tweeting less than loving information about her, demonstrating the exact kind of cyberbullying Prince Harry warned against. Perhaps Kensington Palace will issue a strong statement against Samantha.

While Meghan has been doing charity work, gallivanting with the royal family and inspiring a fashion blog that documents her every outfit, her half-sister has been tweeting up a storm. Samantha wrote on Twitter: ” Chill out #tabloids lol making up stories about my book. It is not embarrassing or slamming you’ll just have to wait and see!” Mind you, her book’s working title is The Diary of Princess Pushy’s Sister.

Samantha accused her half-sister of having a “hardened heart” and being a social climber who has always had designs on Prince Harry. But then again, back when Wills was engaged, didn’t everyone thing the same thing?

Hopefully, the tell-all rumors won’t deter the content couple from moving in together. 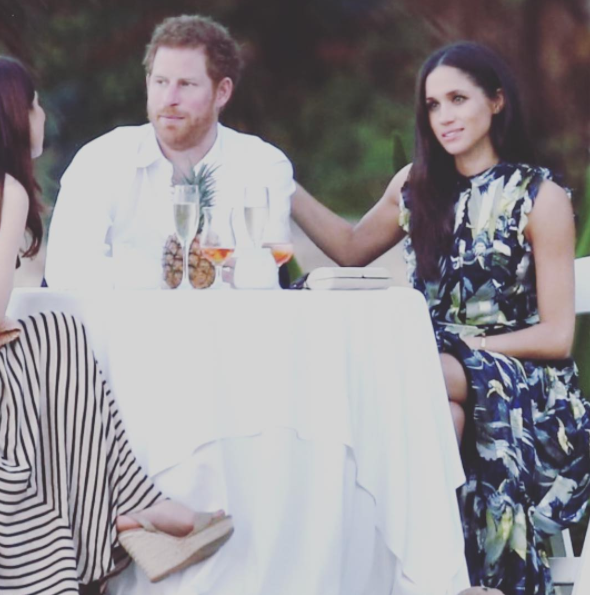