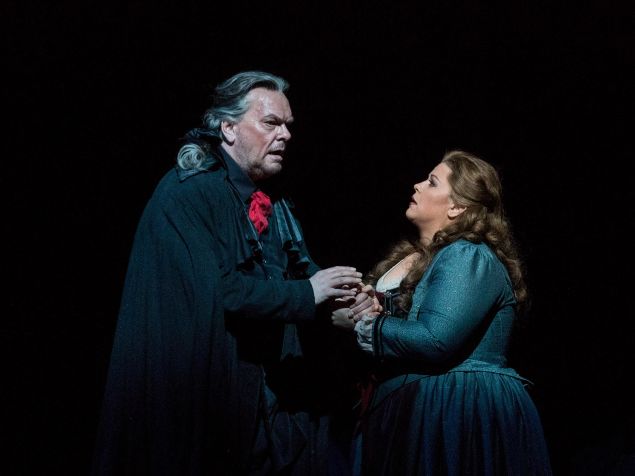 Over the years you get used to seeing all sorts of things in the opera house. I can remember a performance of Lohengrin in New Orleans back in the 1970s when the regal wedding procession to the Antwerp cathedral was interrupted not by the wicked sorceress Ortrud but rather by a paunchy stagehand in a wife beater who wandered on stage absent-mindedly.

But what happened at the end of last night’s performance of Wagner’s Der Fliegende Holländer at the Met was something close to unique in my experience. When the conductor, music director designate Yannick Nézet-Séguin, took his curtain call, dozens of roses erupted from the orchestra pit, pelting the maestro in a shower of red and gold as his eyes glistened.

The famously temperamental Met orchestra clearly adores working with their new leader, and in that they are only half a step ahead of the company’s audience. The cheers and bravos for the maestro both before and after the performances are a clear indication he is on track to become a Met superstar as beloved and important as Anna Netrebko or Placido Domingo.

For this performance, Nézet-Séguin deserved every decibel of acclaim and then some. In this setting of the gothic tale of the cursed Flying Dutchman and his zombie ship’s crew, more than two hours of intermissionless bombast and lyricism seemed to fly without pausing for breath. The momentum was irresistible.

Here and there your mind cleared for a moment, long enough to admire the conductor’s imaginative but respectful way with the score. What we heard was not Nézet-Séguin’s Holländer, but rather, it seemed, Wagner’s. The maestro’s brisk tempos and clean sonorities seemed to dissolve decades of accretion, as a fine art restorer will strip away dirt and soot to reveal the clean purity of the original stone.

The conductor was blessed with a superb cast, headed by the complementary talents of baritone Michael Volle, crackling with demonic energy as the cursed Dutchman, and Amber Wagner, her dramatic soprano at a constant slow boil as his loving and obsessed Senta.

Wagner—the composer that is—had a habit of assigning his opera characters punning monikers that suggest their personalities and attributes. In that spirit, he would likely have delighted in soprano Wagner. Her surname points to the music at which she will surely concentrate and excel in her career, and “Amber” aptly describes her voice: radiant yet complex, with a timeless repose suggestive of the great Wagner divas of decades ago like Astrid Varnay.

In this supernatural saga, even the mundane real-world characters shone. Bass Franz-Josef Selig sang the part of Senta’s father Daland with such easy nonchalance it was believable his character would promise his daughter in marriage to the creepy Mr. Volle. AJ Glueckert’s warm tenor as Erik made domesticity sound downright seductive, and the piece’s other tenor, Ben Bliss practically stole the third act with his adorably clueless Steersman.

Holländer is a chorus-intensive opera, and the Met’s indefatigable crew made this performance sound so fresh and energetic it was easy to forget we’re only a couple of weeks away from the end of the season. The men’s chorus in particular sang with such testosterone-soaked enthusiasm they could be jobbed out to do recruiting commercials for the Norwegian navy.

Emerging from the Met into the drizzle-drenched Lincoln Center plaza, I felt oddly optimistic. As with the story of Der Fliegende Holländer, there must be a light at the end of all that gray gloom. And that light, I venture to say, is named Yannick Nézet-Séguin. 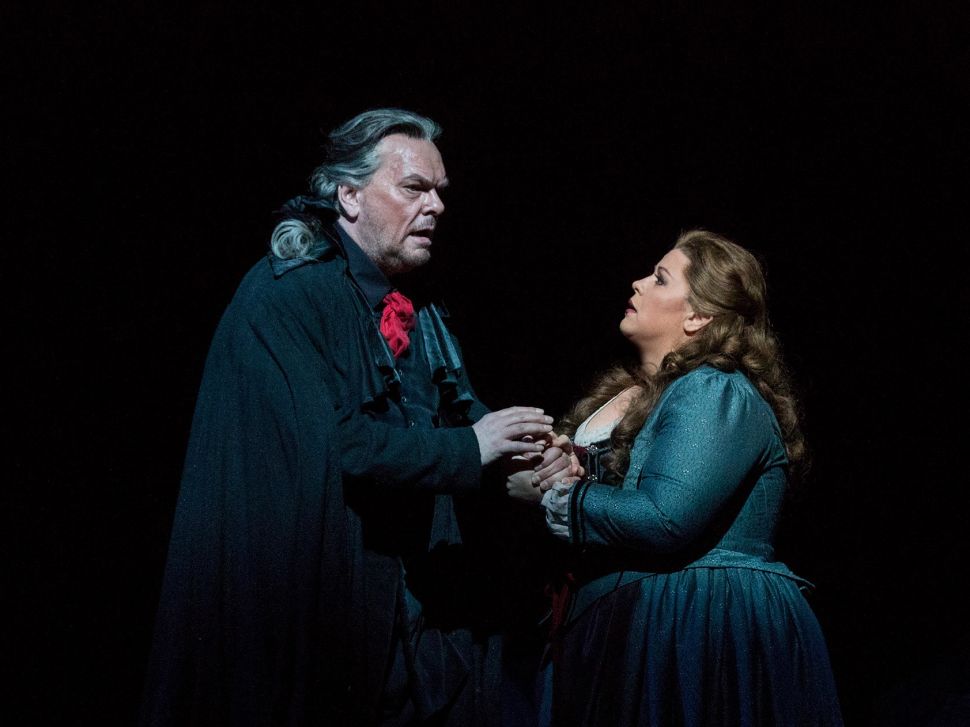