The recent statement by CIA Director Mike Pompeo that WikiLeaks is a fraud and an anti-American actor on the global stage has led to gnashing of teeth among fans of that celebrated “privacy organization.” Pompeo did not mince words, declaring that WikiLeaks is an enemy of the United States and Western democracies and he denounced its founder Julian Assange in unusually blunt terms:

The seriousness of the Trump administration’s outing of WikiLeaks and Assange as enemies of free societies has been demonstrated further by reports that the Department of Justice is seriously considering pressing charges against Assange over his role in recent leaks of CIA hacking tools. That Attorney General Jeff Sessions last week described Assange’s arrest as a “priority” for his department indicates that this is more than a theoretical debate for the Trump administration.

This represents a remarkable turnabout for the White House, particularly since last year Donald Trump professed his “love” for WikiLeaks when it was hurting Hillary Clinton by releasing emails that our Intelligence Community has assessed were stolen by Russian spies then passed to Assange to bolster the Trump campaign. Now, however, the president says he is okay with Assange’s arrest, and the rest of his administration has followed suit, abruptly changing its line on the fugitive who’s been holed up in Ecuador’s embassy in London for the last five years, on the lam from rape charges in Sweden.

Mike Pompeo stated a truth known to Western counterspies for years—that Assange is a Kremlin agent and WikiLeaks is a pawn of Putin— but his public utterance is a game-changer. Now we must reassess what WikiLeaks really is and whose bidding it’s been doing, at least since 2010, when it leaked hundreds of thousands of classified State Department cables stolen by Bradley (now Chelsea) Manning, a disaffected Army private.

Several members of Team Trump may now be facing FBI questions about their dealings with WikiLeaks, especially Roger Stone, the longtime Trump associate and self-described dirty trickster who repeatedly boasted of his relationship with Assange, including admissions that he had foreknowledge of WikiLeaks email dumps that were damaging to the Clinton campaign and Democrats. Collusion with shady political operatives is one thing, while collusion with hostile foreign intelligence services is quite another, legally speaking. Anybody who’s been playing footsie with Assange and his “privacy organization” to influence American politics with help from the Kremlin, should expect a visit by Federal investigators sometime soon.

Admitting what WikiLeaks really is puts certain events of the last several years into proper focus. In particular, the key role played by Assange and his helpers in getting Edward Snowden to Moscow in June 2013 must be reassessed in light of Pompeo’s statement. As I’ve explained for years, Snowden’s defection—first to Hong Kong then to Russia—was from the outset an espionage drama stage-managed by the Kremlin to harm Western intelligence. That Assange played a pivotal role, first in getting Snowden to steal more than a million classified U.S. and Allied intelligence files, then in shipping him to Putin, demonstrates that the official story about Snowden is a sham.

Last year, Congress admitted as much, blowing apart the carefully crafted fiction that Snowden was a pure-hearted whistleblower moved to expose the secrets of the National Security Agency out of patriotism. In truth, Snowden was a mere patsy, while the Snowden Operation was designed by Kremlin spies to harm the NSA-led Western intelligence alliance, the most powerful espionage partnership in history. For Putin, NSA and its global web of signals intelligence, which involves partners in all corners of the globe, represented a threat to the Kremlin’s plans in Russia’s “near abroad” and beyond. It was therefore imperative to strike blows against NSA and its friends.

There’s nothing new here. Moscow wanted to inflict pain on NSA and its powerful foreign relationships even before Putin came to power. Back in the 1990s, I was tracking Kremlin efforts involving Active Measures and disinformation against NSA, the agency I worked for at the time. This Russian ruse was based on ECHELON, an actual Five Eyes top-secret SIGINT program back in the 1970s that was used by pro-Kremlin activists as a catch-all phrase for allegedly illegal intelligence gathering by NSA and its partners.

Bolstered by Western activists-cum-journalists, the usual mix of Kremlin agents and useful idiots, ECHELON became a sensation, especially in Europe, resulting in public inquiries and even an investigation by the European Parliament. This was shaping up to be a PR debacle for NSA and its foreign partners, but it fell apart after 9/11, when Westerners suddenly had little interest in the supposed perfidy of NSA when terrorists were killing us.

Moreover, the ECHELON campaign lacked much detail. NSA counterintelligence assessed that Moscow wasn’t going to stop its efforts to smear Western SIGINT, and that if the Russians ever got their hands on top-secret files to bolster their propaganda, we’d have a big problem on our hands. We were just “one asshole away” from disaster, as I stated more than 15 years ago inside NSA—to deaf ears.

That asshole showed up, as he was bound to eventually, and his name was Edward Snowden. This was no accident, and armed with Snowden’s vast trove of classified documents, Putin inflicted incredible damage on Western intelligence, targeting NSA’s foreign partnerships one after the other over the last four years, causing unprecedented heartburn for American spies. WikiLeaks facilitated the Snowden Operation at every step, playing an indispensable role in what Russian spies surely consider one of their greatest successes of all time.

Of course, NSA is still there, and so is the Western SIGINT alliance, but the damage has been real. We also need to consider that Moscow, which thinks long-term, may have had plans beyond merely inflicting pain on NSA and its partners in the never-ending SpyWar between East and West. The Snowden Operation didn’t just hurt specific Western intelligence programs, it created a climate of doubt that sometimes verged on hysteria about anything Western spies do.

Thanks to Snowden and his battalions of cultish supporters in their echo chambers in all corners of the globe, any findings from the NSA-led Western intelligence alliance are automatically suspect. This has proved very useful to Vladimir Putin, since the lion’s share of evidence establishing collusion between his government and Team Trump comes from Western SIGINT. We now know that several Western spy services, including NSA, possess damning evidence of clandestine links in 2016 and before between Team Trump and Russian spies.

Although it will be nearly impossible to get such highly classified intelligence into American courts, these phone and email intercepts provide crucial lead information to the FBI and other agencies that are conducting the counterintelligence investigation of Donald Trump and his associates. When this top-secret information eventually comes to light, we can expect that Trump and his defenders will fall back on the time-tested script devised by the Snowden Operation:

NSA cannot be trusted. It violates the privacy of average Americans. Its foreign partnerships are illegal and skirt U.S. laws. NSA—not Moscow—is the real problem. You will have heard it all before—we’re already getting it from far-right outlets in their efforts to deflect attention from the current administration’s KremlinGate problem.

It was exceptionally convenient for Moscow that Ed Snowden, its star defector and all-purpose pawn, helped elect Donald Trump by creating unwarranted fears of American intelligence and insulating Putin’s preferred White House candidate against leaks of damning SIGINT. It’s even more convenient for the Russians that their worldwide anti-NSA campaign serves to keep Team Trump in the White House, even as evidence of their collusion with Moscow quietly mounts.

Admitting the truth about WikiLeaks, Snowden, and their pivotal role in American politics in recent years will be painful to some—accolades will be reassessed, awards may need to be returned, media stars will finally get the scrutiny they deserve—but this admission is here now, spurred by the work of the FBI and Congress, and the statement of our CIA director. 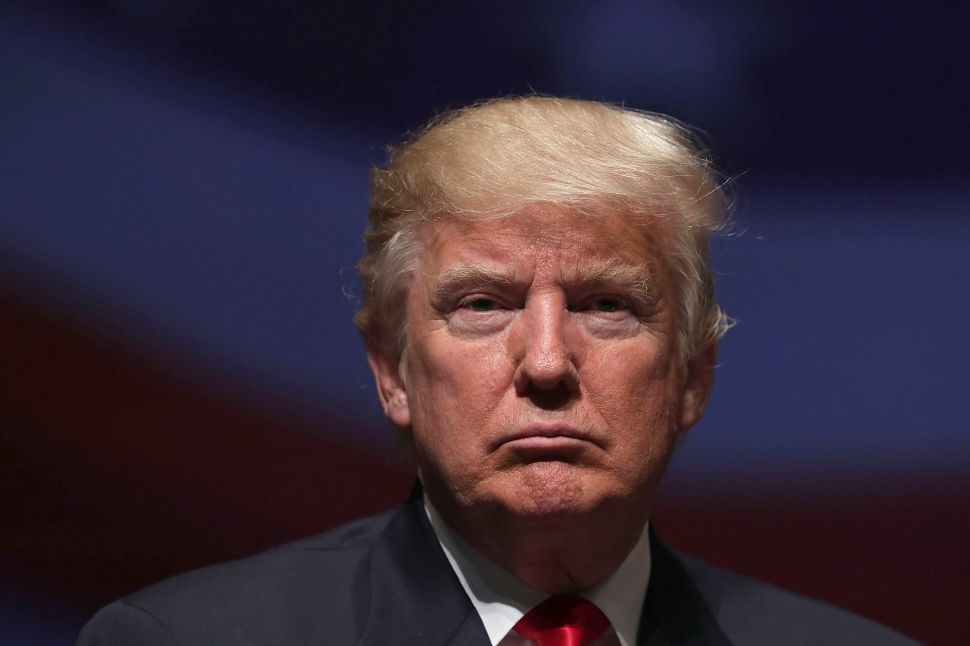