One major problem that hamstrings progressives is the inability of too many on the left to think strategically. For example, on my Facebook feed this week, I saw quite a bit of commentary on the decision of Sen. Joe Donnelly to support the nomination of Neil Gorsuch to the Surpreme Court. Donnelly, various posters noted, “needs to start acting like a Democrat” and generally judged him unworthy of progressive support in his upcoming 2018 election.

This is exactly the kind of inflexible, one-size-fits-all thinking that dooms Democrats and prevents the party from succeeding at election time.

Now, if a Democratic senator from a progressive state, such as Vermont, had supported Gorsuch, I would have been the first to suggest a primary challenge would be useful. But there’s a difference between Vermont and Indiana, and progressives would benefit from grasping that fact. Even more importantly, there is a difference between a moderate Democrat and any Republican, and that’s the choice progressives have in states like Indiana.

Whether you find senators such as Donnelly sufficiently progressive is not the proper litmus test in conservative states where Democrats are lucky to hold office at all. It’s important to consider what the real alternatives are to the three moderate Democrats who supported Gorsuch’s confirmation: Donnelly, Heidi Heitkamp and Joe Manchin.

If you’re a progressive in Indiana, North Dakota or West Virginia, moderate Democrats like Donnelly, Heitkamp and Manchin are the best you can hope for. A far-left liberal is not going to get elected in these places. These senators understand this, which is why they might not always act in accordance with the left. But while you’re grousing about the insufficient progressive bona fides of these senators, consider that the voting record of every Democrat in Congress is to the left of any Republican in Congress.

We faced a similar choice as a nation last fall. The Democratic nominee for president wasn’t especially beloved by progressives, and in the end, enough voters on the far left threw away their votes on Jill Stein or stayed home to swing Pennsylvania, Michigan and Wisconsin into the Republican column for the first time in a generation.

Firebrand progressives would benefit from a reality check: There are not enough pure progressives in America to win elections without help from moderates. Even though liberals are gaining ground, especially among young people, polling still shows that fewer Americans consider themselves liberals than conservatives or moderates.

By all means, if you’re in a progressive state or congressional district, hold your elected officials’ feet to the fire and throw them out at primary time if they’re not liberal enough. But if you’re going to apply the same test to senators like Donnelly, Heitkamp and Manchin, you’re only helping Republicans win their seats. And with a dozen or more Democratic senators facing difficult challenges in 2018, the last thing the left needs is to make the Democratic Party’s challenge any more arduous than it already is. Of the 34 Senate seats up next year, Democrats hold 25 and could lose as many as 14. Republicans hold only nine, and their worst case scenario is to lose two; Democrats’ third-best opportunity for a pickup is in Texas, where no Democrat has won statewide office since the 1990s.

A bad 2018 for Democrats could insulate Republicans from losing the Senate in 2020, when the map is far more favorable to Democrats. Democrats need to hold all the Senate seats they can, and progressive purity tests in deeply Republican states do not help the cause.

Democratic senators in deeply red states face a difficult task. Navigating between not alienating the moderate and conservative voters and not losing the progressive base is the political equivalent of trying to shoot the gap between Scylla and Charybdis. Sniping at them from the left isn’t useful when these moderates are the best you can hope for. 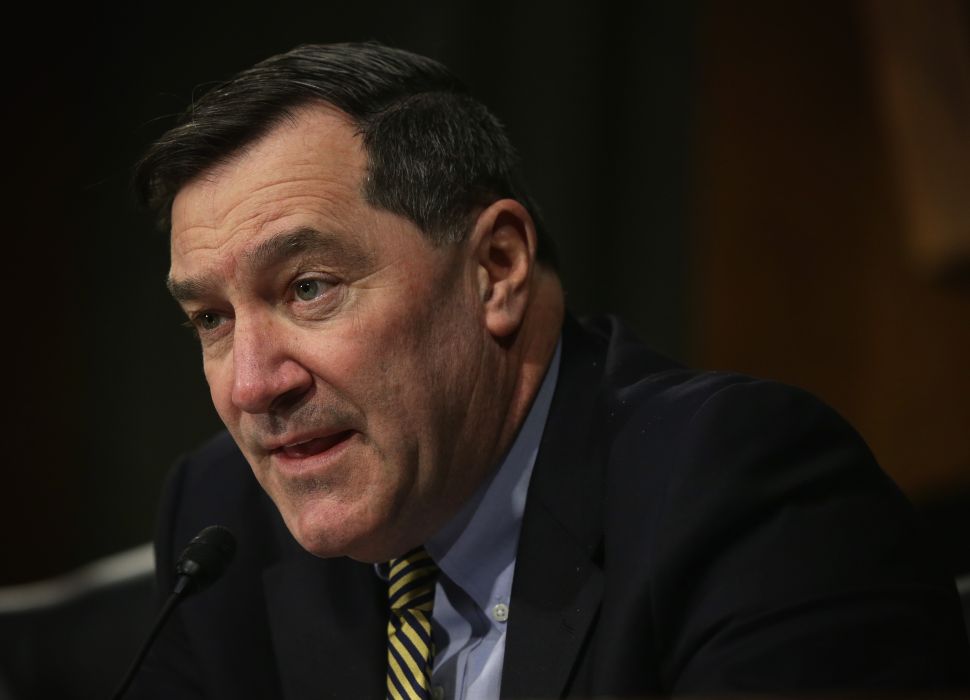