As a longtime Challenge scholar, I know that every season there is going to be one episode that is mostly padding. That one attempt to squeeze in an extra storyline to extend the season just a bit, just a tiny little more. I have made peace with this because the more episodes the better in my opinion. That said, last night’s no competition, no new elimination (the CT vs. Darrell continuation opened the show) was a masterpiece in finally giving the audience what they want.

So much of this season has been centered around these Underdogs. And it’s fine, they’re trying to build the next generation of stars. It’s like when Michael Jordan prevented a whole bunch of Hall of Fame basketball players from ever becoming champions. Johnny Bananas dominance has been fun but who is the next great guy competitor? Most of the dominant women don’t show up anymore. Laurel is only just back. Evie is gone. Rachel, Paula, Susie, Emily. Ashley K won on a Battle of the Seasons. Who carries the throne after Camila and Cara Maria? This was an attempt to elevate the younger cast. There were little peeks at the Champs. So we got to see Darrell again and he’s still jacked! And Cara and Laurel have a love triangle that is thrust onto us with no proper buildup in one episode. And Johnny gets eliminated which is always fun to see. And Dad-CT is there and he’s wonderful in the one line per ep that he gets. But we need more.

CT is arguably the fan favorite of all fan-favorites. He’s popular because he’s always been entertaining. Because he’s fought and loved and lasted way longer than most people stay on these shows. And we’ve gotten to watch him go from a charismatic troublemaker to a gorilla head-smasher to a manipulative older-sibling and finally to a mature and diplomatic grownup. And this was the CT episode of the season.

First, CT manages to beat Darrell by making the tightest, most ouroboros knot that probably still isn’t untied yet. I’m guessing they had to chop that rope apart and the number one rule of camping is “never cut your cord” so I’m sure it was devastating for things to have to go that far. But CT was so strategic here that TJ even said “that knot is beautiful,” which is maybe the nicest thing TJ has ever said in his entire life. CT also got the biggest laugh I’ve ever heard from TJ. After the first section of the elimination, CT was strung up in his knot, using it like a hammock. He looked like a marionette puppet that someone threw in a dryer. And TJ lost it. The best part of TJ is how differently he treats the Champs from the Underdogs. Granted, he’s known them longer. But they’ve also proven themselves as winners and more importantly, non-quitters. He actually seems to enjoy being around them.

As the episode goes on, CT serves us with a platter of the finest looks. Dad-CT is already a good look and should be cherished. But when Ashley has a last-minute, unprovoked meltdown after she thinks Nelson and Nicole are gossiping about her when they’re really talking about how Nicole really does looooooove Laurel, CT comes out with his purple velvet sleep mask and calms Ashley down. Later on, when the six remaining players get a special trip before the final starts, CT shows up rocking the finest of Thailand’s straw hats. Truly, this is CT’s moment. He’s made it to another final, which is all I ever want on any season.

The last bit of business is an old Thailand tradition involving lanterns which signify the letting go of your past and welcoming in your future. They “coincidentally” *ahem, ahem* (solid behind-the-scenes producing moment here) do the ceremony on the anniversary of Diem’s death. All and every Diem montage absolutely wreck me every time. It’s so sad but also, it’s so good to be able to see CT be okay after everything he’s been through. To put the past behind him and be able to move forward with his son and family. Even Nelson gets caught up in the moment. Although he spectacularly drops the bottle of champagne he pops in a way only Nelson could pull off.

And then finally, we get the long-awaited set-up for the final. They dissolve the teams. Every person for themselves, with rotating partners for each leg of the final. Which is going to last for three days—the longest ever. First place gets $100,000, which as CT puts it “is a lot of diapers.” I’m so ready for this final to start. And even though there was almost no action in this episode, it was all worth it because we finally got to spend some time with our favorite character. And that’s what this show is really all about. 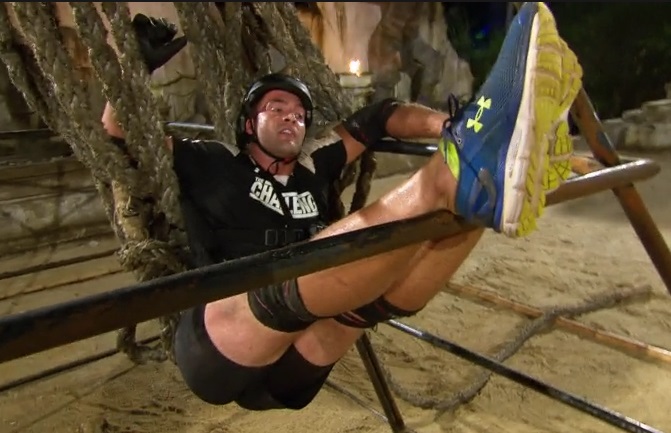