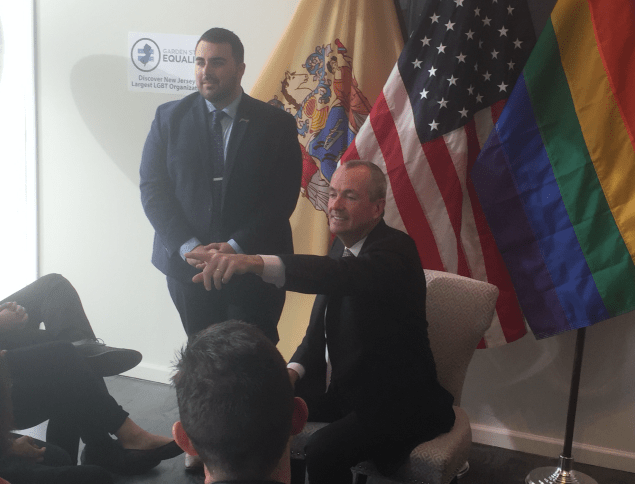 ASBURY PARK — With gay, lesbian and transgender protections facing an uncertain future under President Donald Trump, the Democratic frontrunner in New Jersey’s gubernatorial race said Thursday that he would preserve those safeguards against discrimination in access to healthcare, legal services and education.

Former Ambassador to Germany Phil Murphy told the crowd at LGBT advocacy group Garden State Equality’s office that he believes sympathetic governors will be the most important factor in preventing a potential backslide at the federal level. Murphy is leading in the Democratic primary after his sweep of the state’s county conventions.

Saying that he would expand transgender protections in schools to include statewide guidance rather than the independent enforcement policy favored by Governor Chris Christie, Murphy also pledged to ensure that any changes to national healthcare policy effected by a partial or full repeal of the Affordable Care Act would not take away equal access to care for LGBT patients.

“I think Chris Christie wakes up every day wishing he were Scott Walker,” Murphy said to the crowd. “I don’t think governors will ever have mattered more.”

In February, the Trump administration ended Obama-era federal protections that required schools to allow transgender to use bathrooms and locker rooms that correspond with their gender identities or risk losing federal funding.

Murphy also reminded attendees that the governor of New Jersey is one of the country’s most powerful, with the power to appoint a cabinet not subject to a general vote as well as propose appointments to the state’s courts. He will use that power, he said, to make sure there are more LGBT people in the courts and running for elected office.

“The governor of New Jersey appoints more people by far than the president of the United States,” Murphy said. “We will put on the field a team that is at least as diverse as the community we are serving. 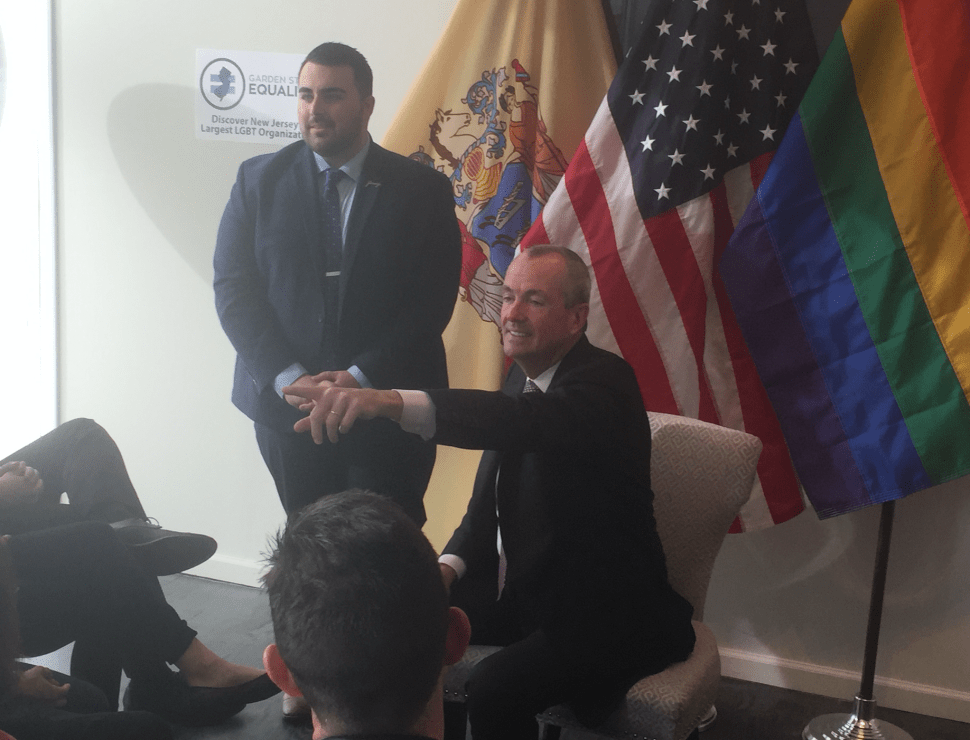