More than any other Democrat currently holding elected office, House Minority Leader Nancy Pelosi embodies how out of touch Democratic Party leadership is with voters. Under Pelosi, Democrats lost more than 60 seats in the House of Representatives from 2008 to 2016, and her tenure represents just how corrupt the party has become.

Following Hillary Clinton’s 2016 presidential election loss, Bernie Sanders‘ supporters scoffed at Pelosi’s re-election as house minority leader. Democrats had abandoned all hope of party reform, and Pelosi made it clear that the Party wouldn’t do much to reverse the drastic losses suffered throughout the Obama administration. At a private, three-day conference with billionaire donors, Pelosi doubled down on developing party strategy—without any input from voters.

In a December 2016 interview, Pelosi confirmed she would preserve the status quo, claiming, “I don’t think people want a new direction.” At at a CNN Town Hall in February 2017, she again revealed her disdain for progressives, telling a millennial Sanders supporter who asked if the Democratic Party would embrace Sanders’ populist message: “Well, I thank you for your question, but I have to say we’re capitalists—that’s just the way it is.” Pelosi then embarked on a tone-deaf rant, arguing that the solution was to make billionaires and millionaires more empathetic. “We have to change the thinking of people,” she said. “The free market is a place that can do good things.”

“Two words: Bernie Sanders,” Jaffe said in an interview with the Observer when asked why he was running for Congress. “My goal is to try to pull the Democratic Party away from the establishment, corporations, big money, big oil, big pharma, and return it to the people.”

Jaffe co-founded the South Beach District 6 Democratic Club in San Francisco, for which he currently serves as president, and has a strong record of fighting for grassroots efforts in the congressional district Pelosi represents. Recently, he’s been pushing to remove dark money from politics in the San Francisco area.

“Last fall I wrote and got the executive board to pass a resolution regarding the elimination of dark money from the clubs that are chartered by our Democratic Central Committee here in San Francisco,” he said. “There was one particular club that was essentially acting as a money laundering conduit. They raised almost $1 million from big corporate interests through the club and passed it out to developers, candidates, and causes that they liked. My resolution was intended to prohibit that.” After passing the resolution, Jaffe wrote another version for the San Francisco Democratic Central Committee to approve—which they did in late April 2017.

Jaffe has worked on several campaigns and initiatives in the San Francisco area and was recruited by Bernie Sanders‘ campaign as a senior attorney to observe and monitor the Nevada caucuses. “They were really chaotic. Lots of wild stuff was going on, which I personally witnessed—kind of underhanded tactics by a certain unnamed campaign opposing Senator Sanders. I worked on that, and when I got back I continued to help out with his campaign until he lost the nomination—which I don’t think he did; I think he was more or less cheated out of it,” Jaffe said.

Sanders‘ campaign, as it has done for hundreds around the country, inspired Jaffe to run for office, to become the change that the Democratic Party so desperately needs. “I think Ms. Pelosi has served long and—for the most part—well. But, from my observations of the last year or so, particularly in her Town Halls with voters, I think she’s really out of touch with the voters in San Francisco. I think the district needs to be represented by someone more in touch with the voters and the constituents here, and I think I’m that person.” 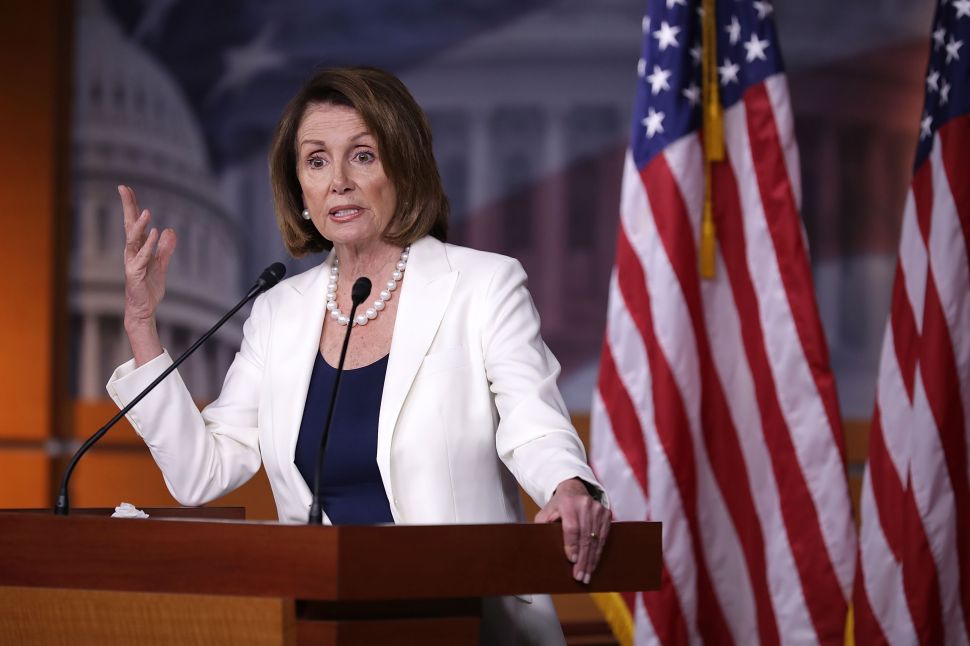