In a small galaxy 10.7 billion light years away, a mysterious flash of x-rays discovered by NASA’s Chandra X-ray Observatory are hypothesized to have been caused by some sort of destructive event, but astronomers have never seen or studied anything like it so they are unable to name the cause.

In October 2014, the galaxy’s brightness increased by at least 1,000 times and subsided after a day. NASA reported that for a few minutes the x-ray source produced more a thousand times more energy than all of the stars in the galaxy. Nothing like this event has ever been observed in the universe. In the two and a half months that NASA’s Chandra X-ray observatory studied the galaxy, no similar event occurred before or after.

“Ever since discovering this source, we’ve been struggling to understand its origin,” said Franz Bauer of the Pontifical Catholic University of Chile in Santiago, Chile, in a NASA press release. Bauer recently co-authored a report on the discovery of the x-ray explosion. “It’s like we have a jigsaw puzzle, but we don’t have all of the pieces.”

Out of three possible scenarios, two of them revolve around gamma ray burst events, which are explosions triggered by a massive star collapsing or a neutron star merging with another merger star or a black hole. Researchers have suggested that the event may have been a gamma ray burst directed away from earth, beyond the small galaxy, or that a black hole destroyed a white dwarf star.

These explanations don’t fit what astronomers typically observe. Gamma ray bursts only occur in a single direction, but the afterglow from these events would have been one hundred times more intense, unless the observed event was a weak outlier or occurred further away. If a black hole was the culprit, a different type of x-rays would have been detected.

This inexplicable x-ray event exhibited different properties from another mysterious phenomena, reported by Jimmy Irwin of the University of Alabama in October 2016, of cosmic objects emitting flares of x-rays. In that case, giant flares of x-rays that lasted a minute before returning to their normal x-ray levels were detected from sources at 12 million light years away and 47 million light years away.

Astronomers have stated that a lot more research and observations will be necessary to find additional occurrences of similar events to deduce what caused the x-ray flash.

“We had never anticipated that our observations would capture such a rare, fast transient. After convincing ourselves that it was not some weird instrumental effect, we reported it to the astronomy community,” wrote Franz Bauer for NASA about the discovery. “Unfortunately, there is no ‘smoking gun’ evidence that favors one scenario over the other here, and thus our only remaining chance to understand the CDF-S transient is to find similar events in old or new X-ray data from Chandra and other X-ray satellites.” 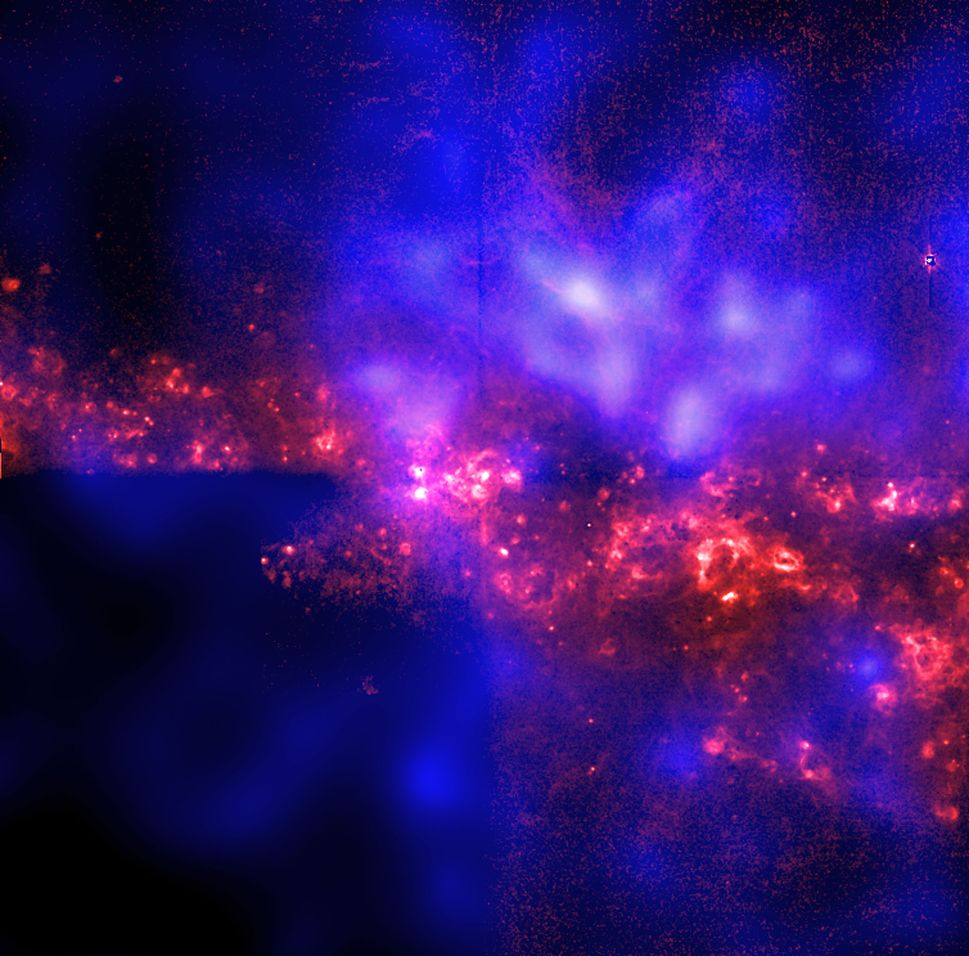