Coachella leads the slew of summer music festivals perpetually vying for a larger and larger mainstream audience each year. Plenty of audacious news stories came out of the Southern California desert this weekend ranging from the world’s worst phone thief to Post Malone’s big order of the day.

Hans Zimmer gave a legendary performance (as I predicted!). And plenty of new and never before heard live music came out of the first weekend.

Here’s what Kendrick Lamar and friends brought to the table in terms of new music and guest appearances.

Kendrick played most of DAMN.

DAMN. was released Friday to great acclaim. On Sunday, Lamar played eight of the 14 the trap-inspired tracks where he takes on the moniker of Kung-Fu Kenny. Every great rapper goes through their “I Am a God” phase (see that all white), but Lamar seems to be delivering it with grace and glory. (Maybe because—and just hear me out here—he is God.)

Although Joanne dropped mere months ago, Lady Gaga brought the heat with a new single.

It’s strangely evocative of ’90s pop, which is extremely nostalgic for millennials, so that’s already in a hit in my book. In the way only Lady Gaga could do, she got the crowd waving their hands in the air by the time the second chorus rolled around.

Future brought on Drake and Migos

The rap game is a collaborative effort. Future believes it and brought on two crazy huge guests on Saturday. There was former Coachella headliner Drake, who went on to perform “Jumpman” and a couple verses from More Life. Beating Drake in relevance was Migos. The hip-hop duo went up with Future to perform their smash hit “Bad and Boujee.”

Lorde’s Coachella set was wild. Even wilder was the secret tiny show she played the day before.

At both these venues she premiered a few new songs from the forthcoming Melodrama. “Homemade Dynamite” is set to be the next single from the album. She sure did it justice with this insane installation during the song that you can see in the video above.

Well, it was less of a crash and more of an accepted invitation. Either way, R&B singer Lauryn Hill came on stage to do a few little diddies of her own just for fun. “Ready or Not,” “Lost Ones,” and “Killing Me Softly” all made the short set from one of the most surprising appearances at the festival.

Pop singer Tove Lo debuted a new single at Coachella. It’s called “The Struggle” and it’s in the same vein as much of the other stuff off her 2016 album Lady Wood. Rumor has it there will be a second part to that album coming soon, so the similarities support that theory.

The AFI/No Doubt supergroup has only been performing together for a couple weeks. They brought this short but sweet set to Coachella that contains essentially their entire self-titled debut, slated for May. Fans got to here a boatload of new material as well as a cover of David Bowie’s “Moonage Daydream.”

That’s what they call songs in EDM speak. It’s a new track alongside frequent collaborator French DJ/Producer Florian Picasso. They cut together a music video from footage at Coachella and it looks like everyone involved had a fun time. 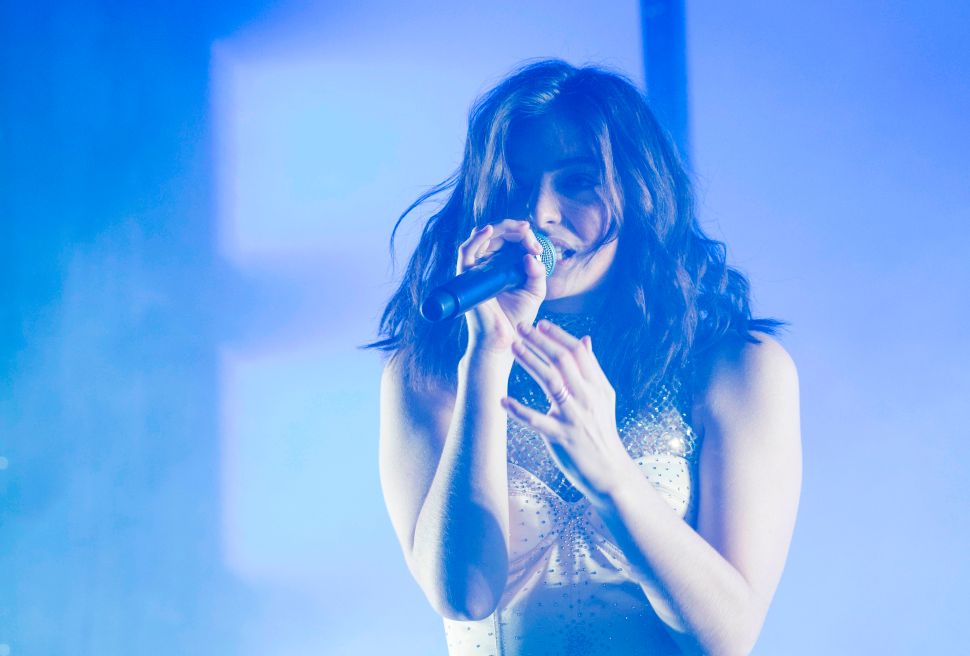