Dinkins, who was the city’s first and so far only black mayor, said that Johnson’s record as undersecretary of the U.S. Treasury Department and as a lawyer guided his decision. Johnson is the only black candidate running in the governor’s race this year.

“I know firsthand what it takes to challenge the establishment in order to make history,” Dinkins wrote in a statement. “Jim Johnson not only has what it takes, he has dedicated his life to fighting for justice and bringing about change. … Jim has challenged the powerful on behalf of the people, and brought diverse communities together to solve big problems.”

Johnson said that he was “honored to receive the endorsement of Mayor David Dinkins, who has been a role model of mine for years” and that Dinkins “paved the way for so many of us to run for office.” Dinkins won the Democratic primary in 1989 and served until 1994 after an electoral defeat to Rudy Giuliani.

Assemblyman John Wisniewski (D-Middlesex) and state Sen. Ray Lesniak (D-Union) are also vying for the nomination. The primary is scheduled for June 6 and the first of two primary debates is set for May 9. 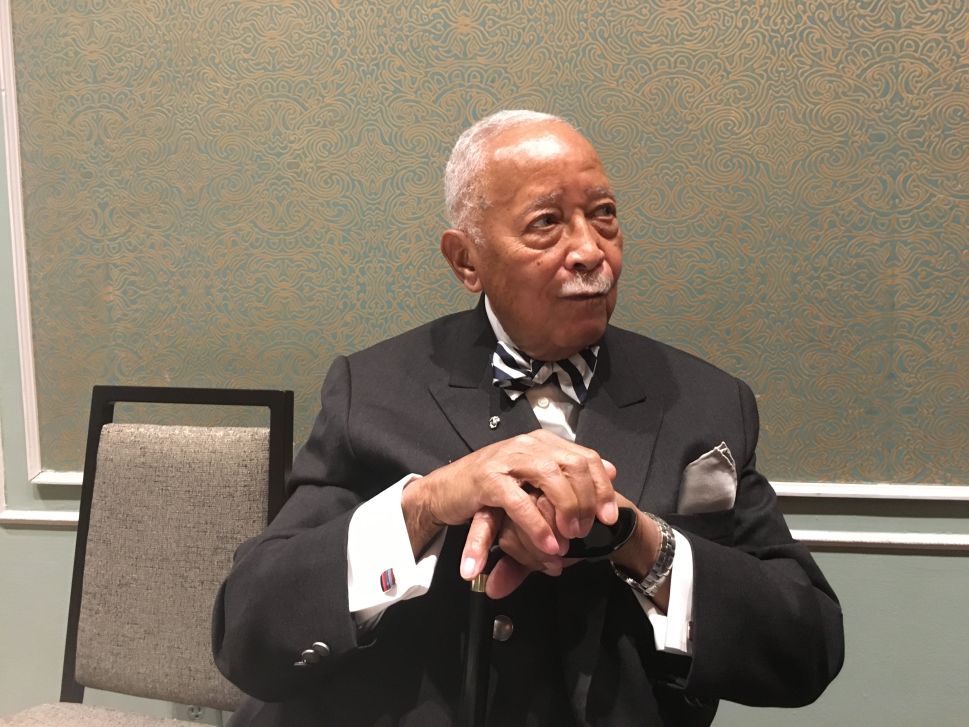