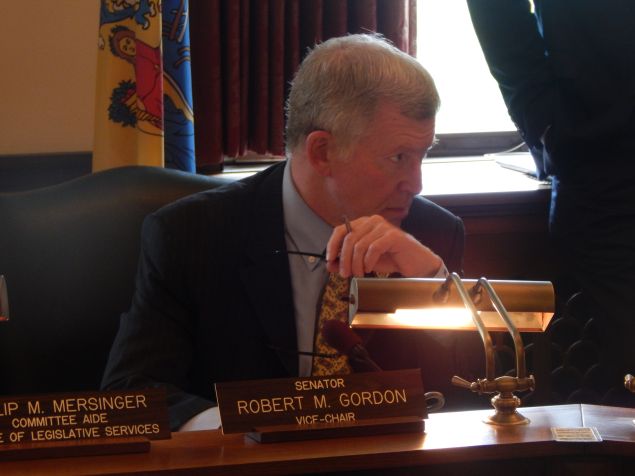 Following the derailment of a New Jersey Transit train at New York Penn Station this week, the state legislature will be holding a joint committee hearing to question officials from N.J. Transit and Amtrak about the likely cause of the derailment. State Senator Bob Gordon, D-Bergen/Passaic, and Assemblyman John McKeon, D-Essex, who will be chairing the hearing, criticized both agencies’ responses to the accident.

They said the hearing will focus on maintenance of Penn Station’s tracks and signaling system, both railways’ plans for preventing the long commuter delays that followed Monday’s derailment, which followed another at Penn Station less than two weeks earlier. The two lawmakers also found fault with what they described as a woeful lack of funding from the state for repairs and improvements to N.J. Transit.

“The derailment of two trains in less than two weeks at New York’s Penn Station raises serious safety concerns for both NJ Transit and Amtrak riders, and underscores the poor state of repair that has plagued both railroads and the hundreds of thousands of passengers who count on our mass transit system to provide safe, reliable and on-time service,” said Senator Gordon, who chairs the Senate Legislative Oversight Committee.

The two new incidents, he said, show the need for lawmakers to push for more funding in light of the fatal derailment in Hoboken last fall, which killed a young mother standing on the platform and injured over 100 people.

“It is no accident that NJ Transit increased funding to speed up the installation of life-saving Positive Train Control on NJ Transit trains after we questioned their spending priorities following the Hoboken crash. NJ Transit makes payments to Amtrak for use of the Northeast Corridor, and we have a right to expect a state of maintenance that keeps our passengers safe. But we also have a right to expect better contingency planning, communication and customer service from NJ Transit when accidents occur, no matter which agency is at fault.”

“Both NJ Transit and Amtrak have some answering to do, and I don’t want to hear excuses or blaming others,” said Assemblyman McKeon, the Assembly Judiciary Committee chairman and the leader of a separate Assembly inquiry into the Hoboken derailment.

“Amtrak needs to step up its maintenance and safety efforts, but Governor Christie has diverted nearly $3 billion in NJ Transit capital funding to day-to-day operations, and the increasingly unreliable and overcrowded mass transit agency he oversees is under federal investigation after suffering the most accidents among the nation’s largest commuter railroads. Commuters deserve better. Taxpayers deserve better. New Jersey’s economy deserves better.”

The hearing will be held in Committee Room 4 of the Statehouse Annex in Trenton at 10 a.m. on Friday, April 28.