Another week, another train derailment. Commuters stewed all week over NJ Transit after one of its trains derailed in New York Penn Station on Monday, causing days of delays. Gubernatorial candidates from both parties said they were feeling the pain and seized on New Jersey’s infrastructure problems. And Gov. Chris Christie went on defense, blaming Amtrak for the latest bout of commuter hell.

ATLANTIC CITY
Christie this week traveled to Atlantic City to announce that the shuttered Trump Taj Mahal would be reopened as a Hard Rock Hotel and Casino in 2018. After years of closings and downturns for the state’s gambling enclave, the high-profile opening is being touted as the most recent sign that things are on the up-and-up. Hard Rock plans to pump $375 million into the project and create 3,000 permanent jobs.

JOSH GOTTHEIMER
The rookie congressman from the 5th District raised more than $750,000 during the first three months of 2017, which may be a record for a House freshman, according to Politico.

FOREIGN POLICY HAWKS
Christie and members of New Jersey’s congressional delegation were mostly in agreement with President Trump’s surprise attack on a Syrian airfield Thursday night, a retaliatory missile strike after Syrian President Bashar al-Assad’s latest chemical attack on civilians. New Jersey Democrats and Republicans in Congress said it was important to stand up to Assad, although Democrats such as Rep. Bill Pascrell added that Trump could further protect Syrians by welcoming refugees into the United States, and Rep. Donald Norcross said Trump should consult Congress on further military action.

NJ TRANSIT
A second train derailment in as many weeks created a nightmare scenario for the hundreds of thousands of New Jersey residents who use the state’s railways. Amid extreme train delays, Christie pushed the blame from NJ Transit onto Amtrak. But as commuters grow more and more used to service disruptions, this week’s train issues highlighted infrastructure and funding issues for the agency.

BILL BARONI
The Bridgegate defendant—sentenced to serve two years in prison for his role in the scheme—got some more bad news this week when a judge ruled that he could not take a scheduled trip to Ireland. Baroni holds dual citizenship with the country and was an advocate in the Irish campaign for same-sex marriage. Separately, the state Supreme Court suspended his law license after his conviction in the federal case.

JOHN WISNIEWSKI
Outgunned by Phil Murphy at all the county conventions, Wisniewski’s campaign for the Democratic nomination for governor is in need of some other kind of firepower — say, an endorsement by progressive hero Sen. Bernie Sanders. Wisniewski ran point in New Jersey for Sanders’s presidential campaign last year, but Sanders so far has withheld his endorsement in the New Jersey Democratic primary. Not so in the only other state to hold a governor’s race this year, Virginia, where Sanders endorsed Tom Perriello this week in the Democratic primary.

RODNEY FRELINGHUYSEN
The congressman has been getting hammered by opponents in his district for his refusal to schedule town hall meetings, and did himself no favors when he agreed to meet with them Wednesday–in Washington. Conservative House Republicans who had supported Frelinghuysen’s bid to become chairman of the powerful Appropriations Committee took him to task for opposing the GOP health-care overhaul last month and issued a not-so-subtle warning that he’d better get behind the conservative agenda if he wants to retain the post. 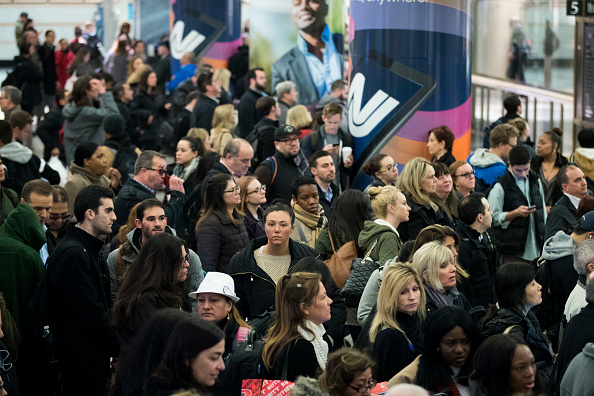