Here we go again. The latest twist in President Donald Trump’s never-ending allegation that the Obama White House was spying on Team Trump before inauguration day involves an arcane, highly classified issue about Americans who are mentioned in signals intelligence intercepts.

Trump and his supporters seek to paint any interception of American phone calls—or even discussions about Americans by foreigners—as improper and maybe illegal. That’s not true. Every day, the National Security Agency intercepts lots of calls between foreigners in which Americans are discussed. If they’re important Americans—top politicians, for instance—that intercept may have intelligence value. If it doesn’t, the intercept is deleted and forgotten.

More rarely, the NSA intercepts phone calls in which one of the interlocutors is an American. As long as this operation has been approved per the Foreign Intelligence Surveillance Act—meaning a top-secret Federal court has issued a warrant for this collection—this is perfectly legal SIGINT. Here, too, an intelligence report will be issued in top-secret channels if the NSA determines there’s foreign intelligence value here and somebody, usually the FBI, needs to know what the intercept reveals.

In all cases, the identity of the American or Americans discussed is masked in the top-secret reports issued by NSA. They are referred to as “US Person” or USP for short; if there’s more than one of them, a number is added. Such SIGINT reports look like this fictional excerpt:

(TS/SI) In a recent conversation with one of his top aides, Zendia’s foreign minister, Abu Jefferson, opined that it would not be in his country’s interests if USP-1 is named U.S. Secretary of State by the incoming administration of USP-2. In particular, Abu Jefferson noted the concern of Zendia’s Ministry of Foreign Affairs (MFA) that USP-1 is too close to the oil business and his appointment as America’s top diplomat may prove negative for Zendia’s rising LNG industry. He indicated that USP-3 would be a better choice as U.S. Secretary of State from the Zendian MFA’s perspective, and that actions should be taken to support USP-3’s potential candidacy.

Let’s say a few months back you’re one of the high-level people in Washington with the right security clearances and a need to know, since SIGINT reports which cite USP’s are not widely disseminated even in top-secret channels. Unless you’re clueless, you’d immediately realize that USP-2 is Donald Trump while USP-1 is almost certainly Rex Tillerson. But who is USP-3?

That’s an important question since Zendia’s foreign minister wants “actions” taken to support USP-3 as Secretary of State. Given the tricky state of American relations with Zendia, it would be good to know what’s going on here, particularly since past Zendian “actions” in Washington have included illegalities such as bribes to members of Congress.

If you’re a top dog inside the Beltway, you would then ask the NSA to let you know who the mystery USP-3 is. There’s nothing sinister about this—it happens all the time in Washington. When the NSA receives a request to “unmask” that American’s identity, to use the proper spy-term, the Agency office which issued the report is asked if they’re ok with the unmasking. The request then goes up a chain, potentially as high as the NSA director, for final approval.

As Admiral Mike Rogers, the Agency’s director, recently informed the House Intelligence Committee in open session, the number of NSA officials authorized to unmask USPs is only about 20—including the director himself. Neither is this any sort of rubber stamp. The NSA reserves the right to decline unmasking requests, if they think the request is inappropriate or would reveal sensitive intelligence sources and methods. Denials are hardly uncommon.

Even if unmasking approval is granted, the USP’s identity is shared only with the requester, in top-secret channels, and cannot be shared more widely. At all times, the NSA retains control of the information and it must be protected per stringent Agency regulations.

The above scenario is the backdrop for the latest accusation against the Obama administration proffered by Team Trump. The White House has jumped on a new report by Bloomberg which alleges that Susan Rice, National Security Adviser during Obama’s second term, on multiple occasions last year asked NSA to reveal the identity of Trump associates who wound up in SIGINT reports.

The report, by Eli Lake, is hedging and cautious, noting that most of the intercepts in question involved two foreigners, not any member of Team Trump, while adding, “Rice’s unmasking requests were likely within the law.” Lake’s exclusive illuminates the strange saga of Devin Nunes, the House Intelligence Committee chair, whose mysterious late-night White House visit turns out to have involved a Trump administration unofficial investigation of possible malfeasance by Rice, including top-secret information which White House officials wanted to share with Rep. Nunes.

It hardly needs to be explained that this report has been greeted warmly by those who wish to turn attention away from the president’s mounting Russia problems. Since the commander-in-chief has repeatedly stated in tweets that the whole Russia story is FAKE NEWS, this is a welcome development indeed for the White House, since it puts the spotlight on Team Obama rather than Team Trump.

That said, President Trump and his fans should be cautious, since it will be nearly impossible to prove that Rice did anything wrong by asking the NSA to unmask Americans in SIGINT reports. Most of the reports in question involve senior officials of foreign governments discussing the still-forming Trump administration, including speculation about potential cabinet appointments. As National Security Advisor, Rice had perfectly legitimate reasons to want to know the full story about those reports. This “scandal” appears to be a giant nothingburger, to use one of President Obama’s preferred descriptions.

Yet there are caveats. Although it’s all but impossible to prove, if Rice asked for those identities for political—not national security—reasons, there’s a problem. Then there’s the possibility that she may not have adhered to NSA’s rigid rules about protecting the identities of those unmasked USPs. If she informed White House staffers without a need to know who those Americans were, the FBI may have something to investigate.

Not to put too fine a point on it, but Susan Rice is a deeply unpopular figure with our Intelligence Community. Her abrasive personality and overall incompetence grated on the IC. Her habitually coarse language was inflicted on senior intelligence officials more than once, while nobody outside Obama’s inner circle considered Rice even marginally competent at her job. Simply put, she was the worst National Security Adviser in American history—at least until Mike Flynn’s dismally failed three-week tenure.

In addition, Rice didn’t like to play by the rules, including the top-secret ones. On multiple occasions, she asked the NSA to do things they regarded as unethical and perhaps illegal. When she was turned down—the NSA fears breaking laws for any White House, since they know they will be left holding the bag in the end—Rice kept pushing.

As a longtime NSA official who experienced Rice’s wrath more than once told me, “We tried to tell her to pound sand on some things, but it wasn’t allowed—we were always overruled.” On multiple occasions, Rice got top Agency leadership to approve things which NSA personnel on the front end of the spy business refused. This means there may be something Congress and the FBI need to investigate here.

Susan Rice and Team Trump are both despised by our intelligence agencies, albeit for different reasons. The prospect of a death-match between them is causing unusual emotions in the IC. “For us, this is like the Iran-Iraq war,” explained another longtime NSA official: “We’d like both sides to lose.”

It’s unfortunate that the Rice story is distracting from the far more important KremlinGate issue, since clandestine Russian interference in our politics is a considerably weightier national security concern than potential illegalities about SIGINT unmasking by the past administration. Nevertheless, President Obama may have gifted his successor and his Republican allies in Congress a genuine scandal, which could delay necessary resolution of the knotty issue of Team Trump’s alleged ties with Moscow. 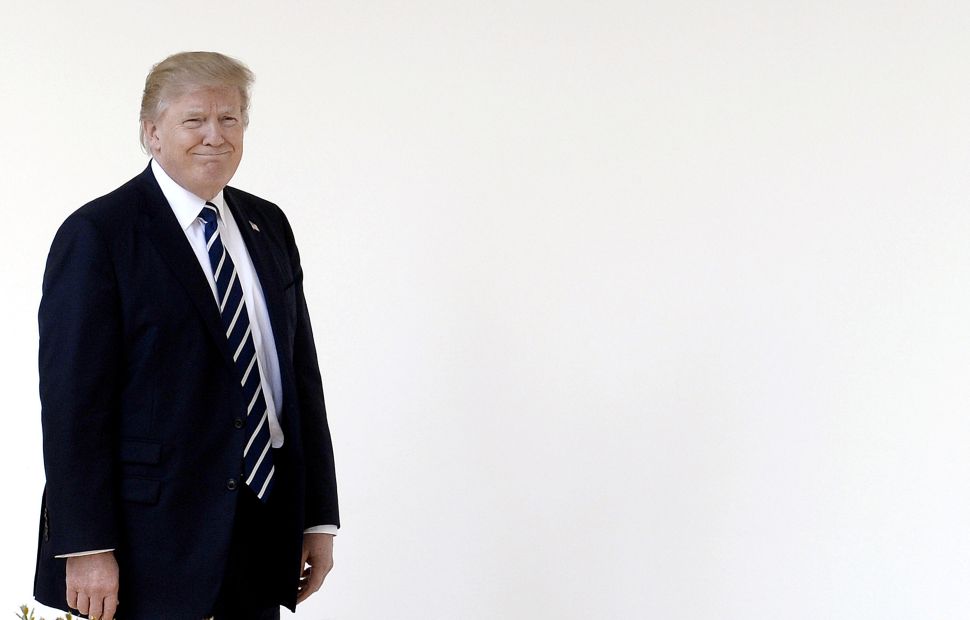