Last month the New York State Board of Regents eliminated a requirement that aspiring teachers pass a literacy test. The problem was that black and Hispanic candidates failed the test more often than white candidates did. And that, of course, must mean that the test was unfair.

That is what a group of teachers colleges argued in Federal Court two years ago. Southern District Judge Kimba Wood, however, said no. She ruled that the test was relevant and unbiased.

So, unable to have the test thrown out by courts on grounds of “disparate impact,” apologists and deans from teachers colleges—several of which serve largely black and Hispanic students—rallied their friends in the teachers union. And they leaned on Albany. This time they argued the test was expensive, onerous, redundant and was resulting in too few minority candidates getting certified. The overriding goal was to get more minority teachers into schools serving largely-minority populations. And the statistic they like to cite was that 80% of all teachers nationwide are white.

The exam, called the Academic Literacy Skills Test (ALST), was one of four that aspiring teachers had to pass in New York in order to get certified. It was first put into place in 2014 under the leadership of Chancellor Merryl Tisch. That year 64% of white candidates passed the test on the first try, but only 46% of Hispanics and 41% of black candidates did. That reduced the pool of qualified minority teachers by 20%.

Instead of asking why students were graduating from teacher colleges unable to pass a literacy test, apologists chose to down the standards. The test opponents argued that aspiring teachers were graduating from college, and to do so they had to pass English and writing courses. That should be adequate, they said. Plus all these certification tests were expensive.

Far too many children in New York’s school’s are reading, writing and doing math at levels far below adequate proficiency. And way too many who graduate are unable to do college-level work. We should not be lowering the standards of teachers; we should be raising them. We should not be judging prospective teachers based on the color of their skin but on the quality of their abilities. All children deserve teachers who are qualified. 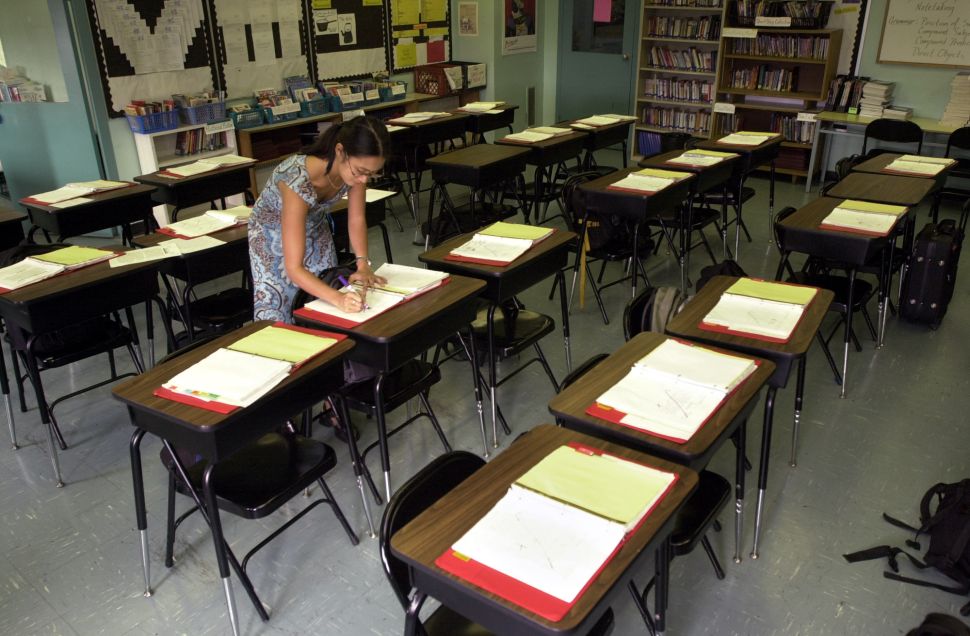