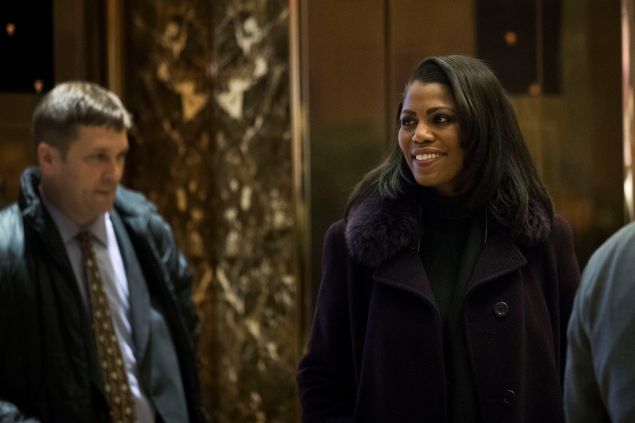 Applause greeted President Donald Trump aide Omarosa Manigault when she approached the podium at Rev. Al Sharpton’s National Action Network convention this afternoon—but the civil rights leader and political commentator Angela Rye offered a harsh reproach to her and her boss after she resumed her seat.

Manigault, formerly a contestant on The Apprentice, was one of Trump’s foremost African-American supporters during last year’s campaign and today works as director of communications for the White House Office of the Public Liaison. She was one of several prominent black women to speak during the “Power Luncheon” portion of the second day of Sharpton’s annual summit at the Times Square Sheraton.

The Trump attache, a member of NAN’s Los Angeles branch,  took boos when she mentioned the administration’s first 100 days—but assured the audience she had been working to direct the president’s attention to issues impacting black communities.

“I am so happy to be back where I consider ‘back home,'” Manigault said. “As I fight for you from the White House, I need you to fight from the outside.” We can’t do it by ourselves.”

In particular, she highlighted the president’s decision to move the executive branch’s program of oversight and assistance to struggling historically black colleges from the Department of Education to the White House, the Department of Justice’s emphasis on violence in the inner-city and the Environmental Protection Agency’s $100 million water infrastructure grant to lead-poisoned Flint, Michigan. The last, however, was in fact approved under former President Barack Obama.

But Sharpton issued a stern rebuke to Manigault from the lectern moments later, asserting the president had failed to show respect for the black community.

“I listened to sister Omarosa. And Omarosa said she knew where she came from. And I know where you going back to,” he said, eliciting gasps from the crowd. “You are in a very precarious position. Because you represent an administration that many of us here disagree with.”

“We as blacks and women are seeing a disaster in the first 100 days of the administration,” he continued, jokingly telling the White House aide to “exhale.”

Sharpton’s remarks were mild compared to those of Rye. The high-power advocate and a liberal pundit excoriated Manigault, who had exited the room, when she stood up to receive an award from NAN for her work.

She noted that many HBCU students receive federal Pell grants, which Trump has proposed cutting. She also slammed the president’s taxation and domestic spending priorities, which she asserted disproportionately would harm communities of color.

Rye also recalled Trump’s 1989 demand that the five falsely accused black and Latino youths in the Central Park jogger case receive the death penalty, which he has never recanted.  She also remembered that Trump and his father were the subject of repeated civil rights lawsuits that alleged they discriminated against black tenants, which were ultimately settled out of court.

Rye highlighted that Trump had also propagated the false claim that Obama was not an American-born citizen and thus ineligible for the office of the presidency, a claim the president retracted late in last year’s campaign.

“How you don’t fight for us is by pissing on me and telling me its raining! That’s not how you fight for me,” she said to a standing ovation.

Rye dedicated her award to black activists Angela Davis Assata Shakur—the latter of whom has take refuge in Cuba to avoid charges that she killed a police officer, which she denies—and to California Congresswoman Maxine Waters, among others. 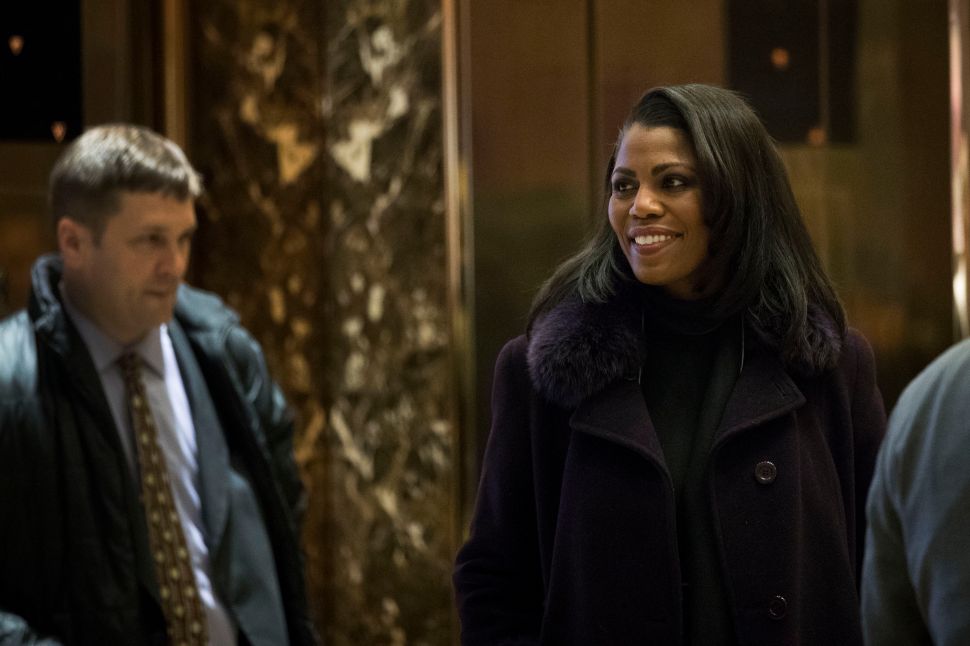