Nothing. I imagine the dark space of endless galaxies.

Scale is used in business as a defining characteristic of success. “How can we scale this?” “Is this idea scalable?” It is a word that brings with it more investment, more capital, a broader reach. More users, more engagement, more impact. But the reality of scale proves much more complex than its appearance of virtue. It also functions as a blinding device.

To “scale” is to produce a caricature: elevating similar characteristics found among many, while reducing the distinctions of personality that make us who we are. It removes the variation, pluralism, contradiction, inevitable nuance, the elements that create an individual identity.

Scale is opaque. It is impossible to see. It exceeds our cognitive limits.

The Scale of Tragedy

Who could those eight lives be—perhaps they are an entire family? What if they were a family that you knew? What if one person within that family had the same dreams for their future as you have, but now has to abandon them all and start over? We can have empathy for that individual, but we cannot produce empathy for 4,800,000, or even the 4,800,008. Our minds collapse at making meaning.

What does the number tell us about how each person experiences their journey from Syria? Are they crossing mountains? Where do people get ? Where do they sleep? What if someone gets sick, who takes care of them? Does anyone know how long it takes? One week? Four months? What have they left behind?

During one aspect of the journey, crossing the Mediterranean Sea, more than 3,800 people died in 2015. But a single image is what has the power to inhabit our minds—like an icon. The image of Aylan Kurdi, lying on a beach, face down with a red shirt and blue pants, sneakers. He is lifeless. After seeing that image, in late 2015, the world transformed from detached resignation to instant activation. Stories of his death, the war, and its inevitable victims increased in the news, propelling more conversations to occur, more donations given, more countries to rethink policies. Baby carriers, bottles, and formula were sent to Syria in an attempt to help parents and children in this impossible situation.

When the story became reduced to a single person, we could then relate to it. The image of the death of Aylan Kurdi was our entry to understanding this tragedy.

The Scale of Distance

The physical distance from the participants of the survey to the country of Ukraine—and the resulting vacuum of understanding—creates an illusion of unreality. The country exists somewhere “over there,” far away from our daily lives of going to work, taking the trash out, planning what we’ll eat for dinner. Simply knowing where Ukraine was located changed the way people thought the U.S. should respond.

“As a rule, strong feelings about issues do not emerge from deep understanding,” the authors of the study, Steven Sloman and Philip Fernbach, report.

“Build the Wall!” is chanted throughout the United States, referring to a desire to build a wall along the southern border of the U.S. and Mexico to ensure people don’t enter the country illegally. It is an easy phrase to say, a mere three syllables. The clarity of each word produces an easily accessible image in our minds. The word “build” (to make or create), “the” (reference to a singular object), and “wall” (something high and protective, producing a division of space).

But do the people chanting this phrase understand what “build the wall” means? The border is 1,989 miles long, covering mountains, deserts, rivers. Its physicality is shown through satellite images from the Pacific to the Caribbean in the six minute film Best of Luck with the Wall. The complexity of the images depicting where the wall would be built are in direct contrast to the simplicity of the phrase.

The Scale of Value

Estimates on the cost of a 1,989-mile-long wall float over $1 trillion. The amount of $1 trillion produces no effect or response in our minds, just as 4,800,000 people and 1,989 miles also fail to do. I read it only as “a lot” of money, more than I’ll ever know. There is no entry point for understanding — the figure itself is a barrier to comprehension.

But, if we put numbers in context, we can begin to see their meaning. The 2016 U.S. federal budget was $3.889 trillion, so we can conclude that if $1 trillion were allocated to building this wall in the year 2017, that would be equal to more than 25% of the entire budget. 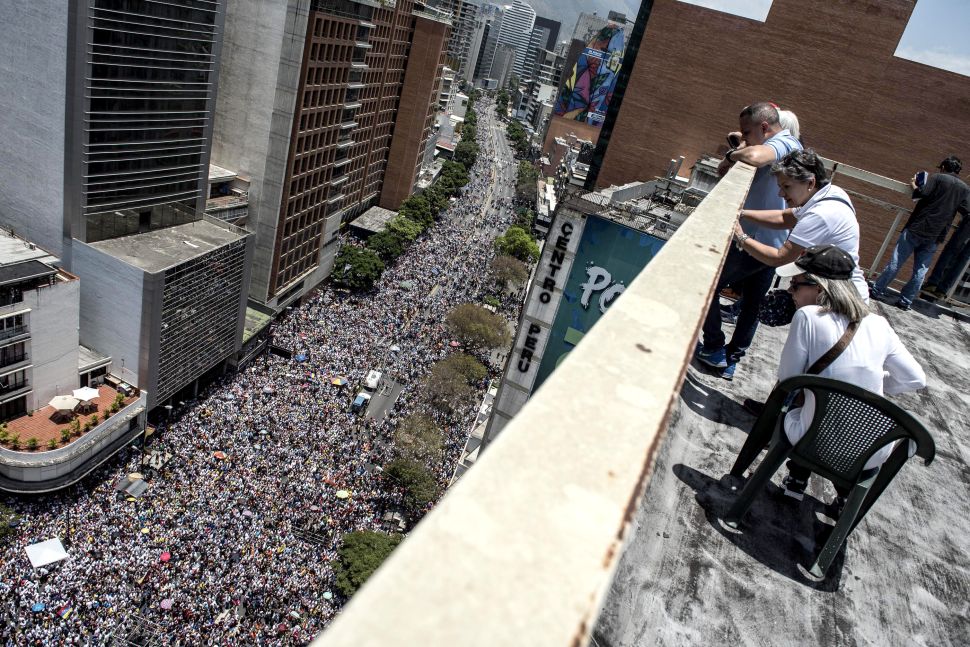