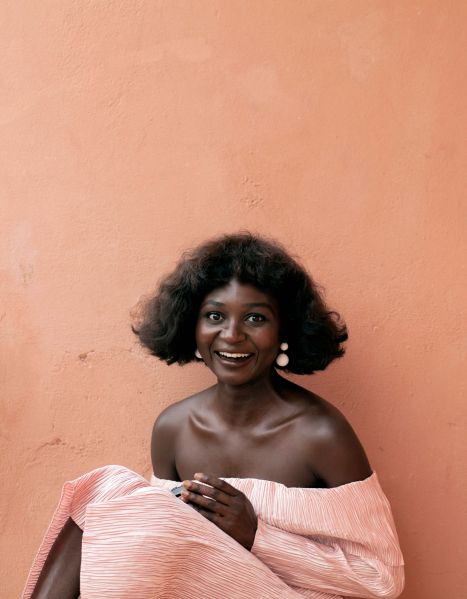 We live in an increasingly global world today, becoming more connected every second through social media and technology. The result? The fashion industry operates on a global stage more than ever before, being shaped and created by those located in places outside of the usual fashion capitals of New York, London, Milan and Paris. Condé Nast only recently made their foray into the Middle East with Vogue Arabia, though that venture is still in its formative period. One territory that has often been left out of that conversation is Africa.

“People are starting to understand Africa from a very individual point of view because they are starting to see all of these people like the architect David Adjaye and Lupita [Nyong’o] and everyone,” Oroma Elewa told the Observer over the phone. Elewa, who considers herself a transnational African, as she is Nigerian but has lived in New York since she was 15 years old and relocated to Marrakesh only two and a half years ago, has become known for helping to shape and depict a certain type of African aesthetic: one that is both African and cosmopolitan that appeals to both luxury consumers and global citizens.

Now as social media continues to rise, and more Africans are able to tell their own stories through social media, Elewa is transitioning into a new phase, as a performance artist who tells stories of her own. Ahead of her debut New York performance and talk with the Finnish brand Samuji, the Observer talked to Elewa about evolving perceptions about Africa and how she plans on telling her story.

Hey Oroma. Can you tell us a little about your background, because you’ve done quite a bit!

My background is in design and photography, first. In 2008, when I was still a student in school, I was really fascinated by magazines and some of my favorites were Acne Paper and Visionaire. I started to realize there weren’t a lot of stories being written about African cosmopolitan areas. Even in the black publications in the market, like Ebony, Essence and Jet, there was that disconnect where they were speaking to all black people, but it didn’t feel like Africans or African Caribbeans. Also, it felt like whenever other publications like Vogue talked about Africa, the stories were very trite and cliché. This was before social media.

I wanted to tell a renewed story about African cosmopolitans. I basically had to create that image from scratch, which is really how my magazine Pop’Africana came about [ Ed note: the magazine has since been closed]. It was for the very educated, well-traveled, cultured African, particularly those who were living in the world in global cities like New York, London, Berlin etcetera.

I also wanted to create a certain aesthetic that did not exist for African bodies in the magazine space. It was beautiful and comparable to other magazines in the market. It was sold in nine different countries and available in print and had online content.

But eventually you closed Pop’Africana.

I started that [when I was] was very young. So in 2014, with the popularity of social media and the ability for every single person, black, white or brown, to tell their own story and present it in a faster, more curated way, I didn’t think the magazine needed to exist anymore. With social media, we were all able to tell our own stories. So a magazine, for me, became a bad business model. I believe that being able to tell your own stories is more powerful than any magazine feature. 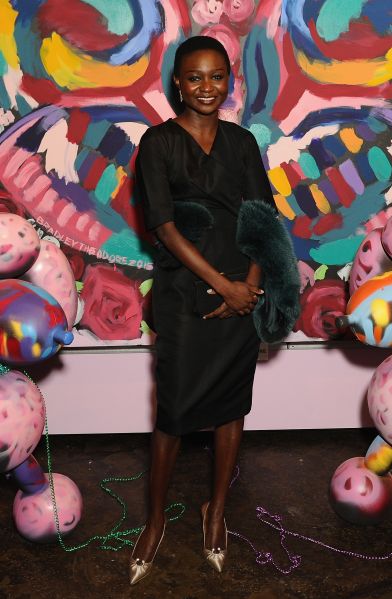 You mentioned social media and the rise of specific people from Africa showing an increase in visibility, but there’s also been this rise in African people working behind the scenes shaping their own images, like Mobolaji Dawodu, who styled Queen of Katwe.

I agree in terms of how Africa is changing; it’s about how individuals are changing the world’s view of us. The thing about how Mobolaji styled Lupita in Queen of Katwe, it was very traditional with all of the prints and all of the styling. When I did my publication, I was focusing on transnational Africans. So the way my mother and grandmother and my sister dressed. They used fashion and style in [different] ways. So it’s important to see Africa for all the beauty that it is, from tribal markings, etc. But also to see the individuals in the way that they view and navigate the world.

Then you began to transition into more of an artist like what you’re doing now.

I decided to go into performance and theatre and enrolled at [the Lee Strasberg Theatre & Film Institute,] where I’m still currently enrolled.

It was my art that drove me to shelter and canopy what was missing in fashion for the African cosmopolitan. After all of that, I decided I wanted to tell stories in a new way and in particular, I wanted to start by telling my own stories. As an editor, whether you like it or not, you’re telling the stories of other people and I felt like my personal story was getting lost.

I’ve always written, I’ve always taken pictures but the reason I had to take up photography and pick the models and style was because what I wanted to do [what] hadn’t been seen and hadn’t been done. There were times where I was telling photographers to submit work and the work was very cliché, so I had to do it myself. The very first issue was me doing a lot, because no one understood my vision. 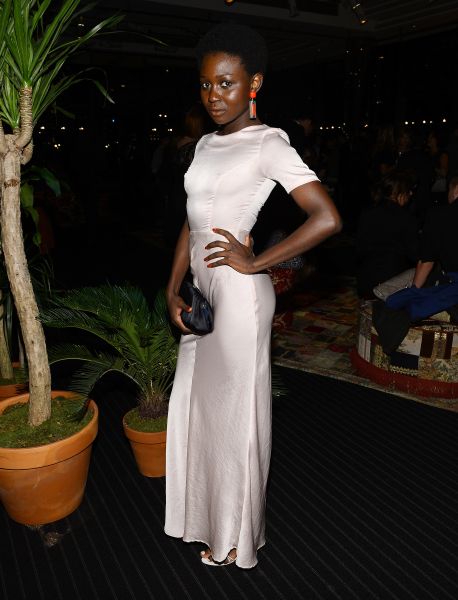 What will your performance art consist of on Saturday at Samuji?

For me, it felt like my story was a bit flat when it was just in writing so I wanted to be able to incorporate anything that I could in order to tell my experience as a transnational African going about the world.

It’s a collection of stories that can be performed either onstage or film. It’s onstage and there’s movement and sound; it’s not just someone standing [and] reading it. There’s so much that I’m incorporating to tell the stories. That’s why I enrolled in a theatre program, to train and learn how to craft powerful narratives and how to perform my stories and my experiences.

And what about some of the specific subjects that you’ll be dealing with?

It’s very personal and all very rooted in my social or social cultural experiences. Everything from how my identity has been informed and forged up to date, to all the experiences I have gone through in becoming the person I have become today. It’s all these personal, cultural and social experiences.

Oroma Elewa will be in conversation with journalist Pauliina Siniauer for a Samuji Talk Saturday, April 29 at 12 Prince Street in New York beginning at 2 p.m. RSVP information is here. 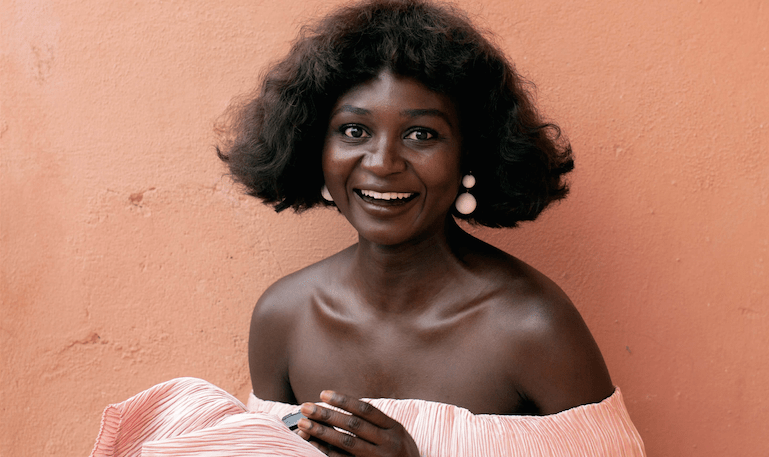