“I mean on a scale from one to excited, I’m excited,” Pearl Mackie said, all smiles, backstage at last year’s New York Comic-Con, mere months before she debuted as Bill Potts, Peter Capaldi’s newest companion on Doctor Who. “This is the most incredible thing that has ever happened to me. It’s like being welcomed into an amazing family. Also, I get to travel through time and space, which is pretty sick.”

But things weren’t always so sunny in Who-land for Ms. Mackie, a West End alum who had to keep a small secret– landing a role in one of TV’s most iconic series, as one does–to herself for months. In classic Doctor Who fashion, this ordeal also involved a secret midnight run from London to Wales for a rendezvous with The Doctor and some Daleks. “The secrecy around when I got the job was mad,” Mackie remembered.

“Even when we shot the trailer, I was doing a play at the time in the West End. [Production] stole me away in a car and drove me up to Cardiff, because they were like, ‘We can’t bring a Dalek to London.’ So we did that in the middle of the night. The car broke down on the way, it was mad. I had about three minutes sleep because I was so nervous. And then couldn’t even tell anyone after that! It was like, ‘I’ve just been to Wales for the night. Shot something that’s gonna be on TV, one of the biggest shows in the world, you know how it is.’ I wanted to tell everyone, but I couldn’t tell anyone.”

As of last Saturday, though, the world has been fully introduced to Bill Potts, an eccentric charmer who offers a reset of sorts on the Doctor/Companion relationship–on Doctor Who as a whole, really–simply with her wide-eyed reaction to every bit of it.

“Something about Bill that kind of allows her to encompass the iconic and the new is that she’s completely fresh to this world. She has absolutely no knowledge of it at all,” Mackie said. “That kind of allows the show to ask those iconic questions that haven’t been asked for a really long time. But it brings a freshness to it where Bill reacts in a way that the Doctor doesn’t expect her to, and the audience doesn’t really expect as well. So you get the show that you know and love, you get the lines like ‘It’s bigger on the inside than it is on the outside,’ but you also get a freshness as well.” 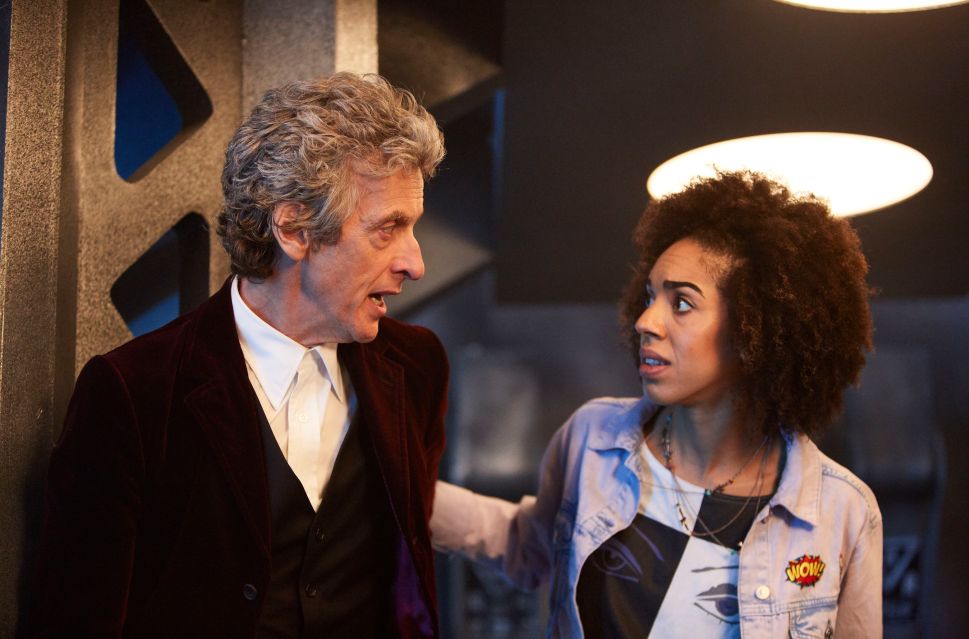