In the wake of the latest battle over the Supreme Court, it’s fashionable to lament (as always) what a shame it is that politics intrudes into a branch of government—the federal courts—that the founders never intended to be political.

Do you mean to say that political considerations enter into a United States Senate vote on some of the most powerful positions in the land? Say it isn’t so!

Next, we’ll be shocked—shocked!—to learn that gambling is taking place at Rick’s.

Expressions of dismay over the politicization of federal courts are especially rich when coming from politicians. Their complaints should be dismissed in the same way that a Kentucky chicken should dismiss entreaties by Colonel Sanders for a nice, relaxing bath in some warm oil.

For most who express discomfort at politics in the judicial branch, however, the sentiment is genuine—and a bit naïve. Let’s get real here for a minute: in what world would a selection made by politicians ever be anything but political?

Yes, ideally, it would be beneficial for judges to be neutral umpires calling balls and strikes, and the men who wrote the constitution were wise to strive for that ideal. Yet, they were also generous in their view of human nature and expected that their successors would put the interests of the nation ahead of partisan or factional disputes. That grand idea lasted almost until the ink was dry on the rulebook they created.

It’s inescapable that the president and the majority party in the United States Senate will attempt to stack courts with individuals who share their views. Because the courts have the authority to block or overturn laws that the president and Congress enact, it’s an absolute no-brainer that they seek to appoint judges who won’t block or overturn their laws—or who will do exactly that when their opponents are in the majority.

This elementary fact of power should come as a surprise to nobody, and, in cultures whose citizens are less credulous than our own, it doesn’t. In most places outside the U.S., it’s understood that those in power will attempt to solidify and hold onto their power. To quote the noted philosopher Plato: “Duh.” (Okay, Plato didn’t exactly say that, but you get the gist.)

Yet, in America, we naively expect otherwise. So too did the founders, who created institutions such as the Supreme Court, expecting nonpartisan jurisprudence, and the Electoral College, expecting that civic leaders would block the ascension of a dangerous demagogue. We see how well those ideas have worked out, haven’t we?

Herein lies the great paradox of American political discourse in 2017: we rail against government as a cesspool and deride those who run it as corrupt and power-hungry, and yet we are somehow shocked and offended when our government fails to function in a pristine manner.

It all goes back to the pernicious and pervasive mythology of America as something special, “exceptional,” uniquely blessed by God, and above the pettiness of mere mortals that one might find in the decadent, corrupted world beyond our borders. We rail against the “politicization” of the Supreme Court because the notion offends us; it transgresses against the myths that we have been taught about our nation and ourselves from the time we are old enough to absorb the idealized version of civics taught by Schoolhouse Rock.

It also goes back to the idea that there are certain things that should not be “political,” but, if you pay attention, you’ll realize that everything is political. There is almost nothing you do in life that is not in some way impacted by our politics: How much your vegetables cost is tied to policy written by legislators; how school much your gas costs has to do with our energy policy, which is driven by presidents and voted on by legislators; whether your teenagers are taught about birth control in school is decided by legislators; and if they aren’t taught prevention, their options in the face of unplanned pregnancies are also decided by those same legislators—or often by the courts, when legislators run afoul of what the courts consider constitutional. Everything that comes before the federal courts is in some manner a political question.

And there, in a nutshell, is why the selection of federal judges will always be political: because they will be called upon to decide whether what the politicians do comports with the Constitution or not, and that is as political of a question as there is. And what the courts consider constitutional depends entirely on how a majority of judges on the court interpret the constitution. That’s why we can never get away from politics at the judicial level: because conservatives and liberals both want the court to rule their way and will therefore appoint judges, when given the opportunity, to ensure that result.

The bottom line is that politicians selecting judges to decide political questions is as political as it gets. The politicization of the federal courts is nothing new and is in fact unavoidable in our system: any branch of a political system is political. Don’t be naïve. It’s all about power, and the people who have the power will do all they can to ensure that their referees are officiating the game. 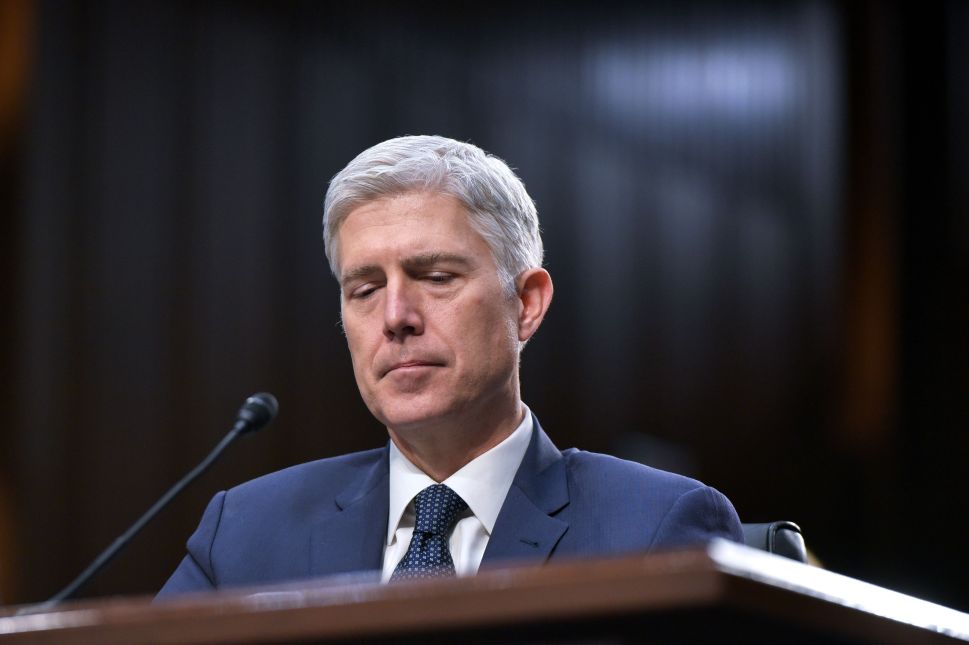