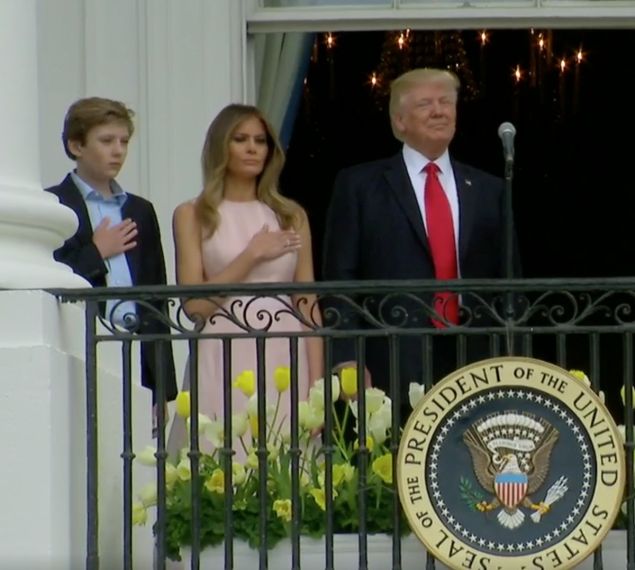 Today is the annual White House Easter Egg Roll, where the President and First Lady welcome children to the South Lawn for a day of fun and egg hunting.

Given that this is President Donald Trump’s first time hosting the Easter Egg Roll, all eyes were on the White House this morning—and onlookers immediately noticed several changes from the Easter celebrations of the Obama era. With fewer celebrities taking part this year, cabinet secretaries read to the gathered children instead—and the change was sometimes jarring:

Sign of the times: At last year's #EasterEggRoll, the cast of Black-ish read to kids gathered on the lawn. This year? It's AG Jeff Sessions.

Sean Spicer reads "How To Catch The Easter Bunny" to a group of kids at the White House #EasterEggRoll https://t.co/0Db4nKsmBQ pic.twitter.com/9zzpULoPxW

The most awkward moment, however, occurred during the National Anthem. Trump forgot to put his hand on his heart when the music started, so First Lady Melania Trump reminded him with a not-so-subtle nudge. Many on social media found this incredibly ironic, since the First Lady was born in Slovenia:

Wow, feels: The President forgot to put his hand on his heart for the national anthem, until an immigrant reminded him. pic.twitter.com/2s8R8iESRB

Melania "reminds" Trump that his hand belongs on his chest 4 the Nat'l Anthem @ #EasterEggRoll. To be fair, they salute in Russia. #BigDummy pic.twitter.com/aY3l8RrO6h

When you're so bad at being #POTUS, your wife has to remind you to respect the anthem.#EasterEggRoll #MAGA
pic.twitter.com/gkdrCZ58y4

So glad the president knows how to act, oh wait…#EasterEggRoll https://t.co/bcLb53KZ0L

Looks like the smaller crowd size won’t be the only thing people remember from this Easter Egg Roll. 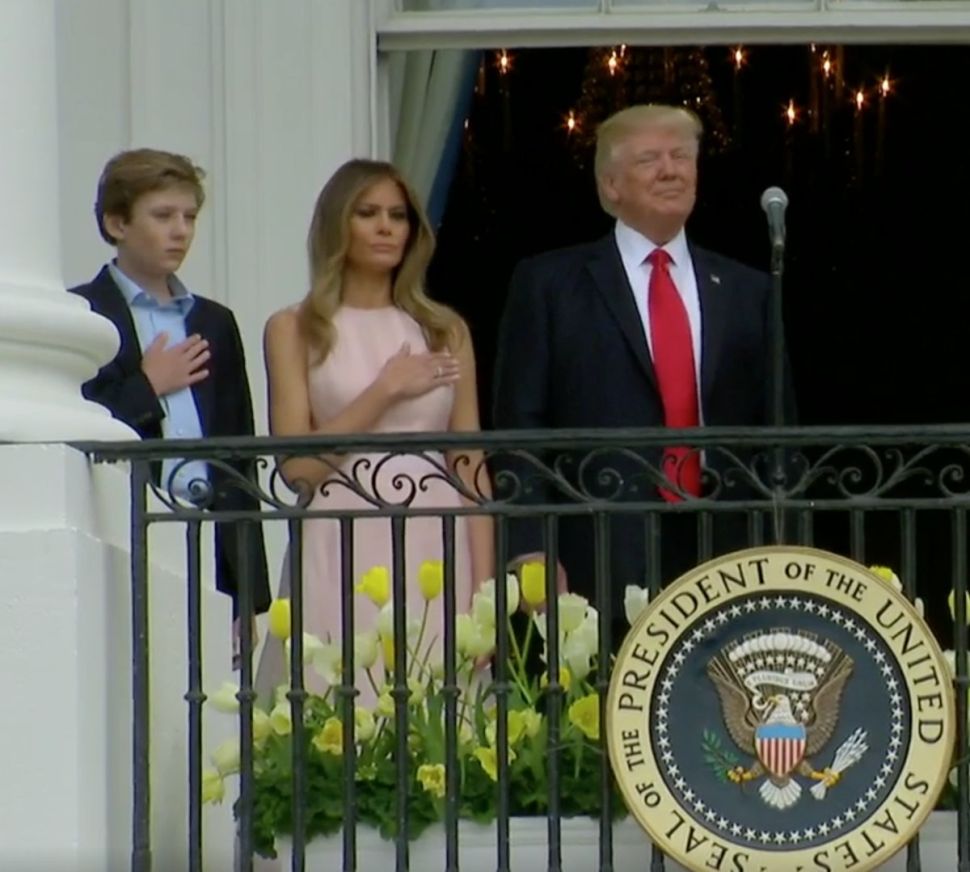