Running a marathon involves patience, perseverance and the ability to be hyper-focused—just think of everyone you’ve ever met who’s training and can’t stop talking about it. For those lacking the athleticism and intensity needed to register for a marathon (guilty), what kind of finish line prize would make running like you’re being chased worth it? Perhaps a selfie with Prince Harry.

This year, the prince has been more involved than ever in the London Marathon, which will take place this Sunday (meaning yes, there’s still time to fly to the U.K.). His nonprofit, Heads Together, is handing out headbands to runners. Runners will also receive a note from the Duke and Duchess of Cambridge and Prince Harry. How’s that for fitspiration?

The note will encourage the runners to make their run about mental health, an issue the royals have been focusing on. Prince Harry has been working with veterans who were training and even handed out race numbers to a few lucky athletes. He recently spoke out publicly on a podcast about his own experiences with mental illness.

If Prince Harry’s encouragement isn’t enough to make you consider stepping foot on a treadmill, think of Kate Middleton. The Duchess met with runners at the palace to wish them luck. Is a photo of yourself at a palace with an actual princess enough to make you start running? 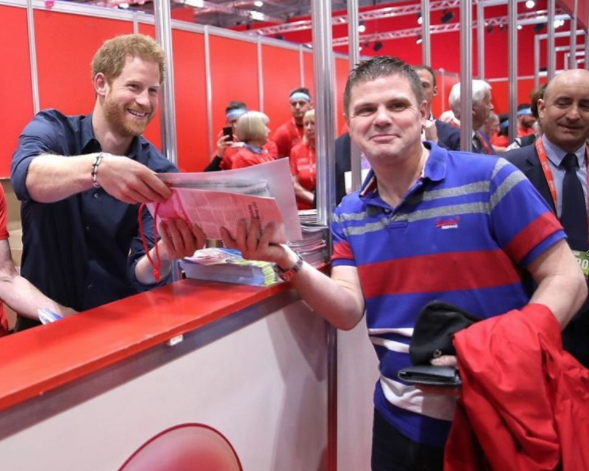