Perhaps more than any solo release since, Clark’s Death Peak is a composition, following a loose mood board narrative of flourishing life as it builds toward decay and death. His last full-length, 2014’s self-titled Clark, was a winter album. This one’s for springtime.

The Observer caught up with Clark recently about what watching Lane choreograph taught him about improv and composition, the liberation in working with cheap and degraded sonic forms, and how to keep an audience constantly engaged in the push-pull between beauty and abrasion.

I’ve been following you since 2014, when the S/T record came out. You played a really interesting night of electronica with Nosaj Thing on that tour, in a neighborhood that used to be known for culture and has fast become very ubiquitous and monotonous with music as content, music as car commercial soundtrack.

There’s no need for it, the inescapable slide toward homogeneous, bland, banal life.

Yeah, I’m really into having a clear idea about who I want to let in to take over those things, and who I trust to allow that to happen. I think I’ve let go of that idea that I have to do everything myself, because it’s quite self-limiting. There are areas of my music that I exercise psychotic control over, but they’re usually musical things. In terms of aesthetics, I’m very happy to work with Melanie, because we’ve done so much under the radar. I’ve scored nine works for her now.

Yeah, she’s a choreographer, and most of them are commissions. What was strange to me was, this seemed like a leap up from the last live show because there’s dancers, and I’ve never had dancers onstage before. But, and I hope this is obvious, it wasn’t like I just thought, “Oh, dance is cool, let’s get a marketing company to get some dancers.” Melanie and I have had a relationship for 10 years, so it felt intuitive and easy to grasp, the idea that she would so the choreography for the show. So it’s been really good. And I let her get on with it basically, she’s the boss…

[youtube https://www.youtube.com/watch?v=qb3zS-I7ImM&w=560&h=315]
That told though, I wonder how thinking about working alongside those different performative contexts affects your work itself, and your creative brain, when you get back with the programming and the beatmaking. What’s the simplest way that all this wide breadth of experience has creeped into your recorded work?

I think the idea that you condense…I’ve learned a lot about the process of improvisation and composition in how Melanie works, and also in my own work. How you draw certain boundaries around things. My albums are massively composed, but I improvise a lot. I make music all the time, and the album tracks are ones I have reiterative versions of, that I come back to again and again. And each of those versions is a kind of improvisation, but eventually you have to choose a distilled copy, you know? And you need to choose the copy that’s the copy, the legitimate version that makes the other ones irrelevant.

And then when you play live, you have all those stem tracks to pull from?

Exactly, yeah. Live is completely different. You can go murder live. Well not murder, exactly, but some fairly extended, Frankenstein monster versions of your music.

“There’s a lot of yuppie status symbols in music, people using incredibly privileged modes of production to create quite bland music. I like the idea of using whatever form’s available to create something compelling.”

That was the vibe when I saw you play a few years ago. It sounded warmer, but also brasher than the record. It was body music, whether I wanted it to be or not.

[Laughs] I used to go to raves as a teenager and dance all night, so music for me has to be physical in a club. Performing live, you don’t wanna be flippant, you wanna maintain control. If there’s anywhere that’s a test zone for mistakes, and mistakes that you then turn to your advantage, it’s live. If you do it in a way that’s kind of open and daring, then people respond well to it. If there’s enough raw energy around that certain brash element then people love it, I’ve learned. That’s what you’re there to do, you’re there to put yourself on the line. And sometimes things are a bit rough around the edges, but I’m a fan of that.

Well I know you released Clark knowing full well it was a bit of a winter album, and you make it clear early on that Death Peak is a spring record. How is it helpful to you to think of these song cycles in terms of seasons?

I just love having a next-level control over my audience’s minds. I like the fact that I’m telling a story and I’m not just putting out “Tech House Bangers Vol. 2.3.” and it’s not a DJ tour. I’m telling a story, I’ve got a narrative and yeah, I think about my records from every angle. I want my listeners to enjoy it on this big meta level, not just have this obscure, obtuse track title. Yeah, it is a springtime record.

What’s the story, what changes from beginning to end, building intensity aside, climax aside?

Well I like to think of it as a continuous musical wheel that doesn’t really feel as if it ends or begins. When the last track ends, it’s in the same key as the first one. It’s this tightly constructed wheel. There aren’t any lyrics, I can’t pretend I’m Nick Cave, you know?

I tell stories through melodies and rhythms, and I want those really strong foundations to be what carry it, rather than technique or surface complexity. I want it to have this thread of emotion. And I guess the thread for this record is, it starts out like a meadow romp, quite unassuming and for my quite easy listening. When I say “easy listening” people might raise their eyebrows…

But then it just turns, like a kind of spiral, into this world of much more heavy, emotional gear I think. I wanted to do that in a way that flirts with vulgarity, that flirts with pop music, and uses quite a degraded form. You know, the sound of “Hoova” is cheap as fuck, it’s one of my favorite sounds, but it’s like a comic book. I’m really influenced by Alan Moore, and you know Eddie Campbell did the graphic designs.

Yeah. He’s using a cheap and degraded form, but he’s telling emotional, complex stories with it. I would rather do that than have a 30-piece orchestra play the most bland-as-fuck string arrangements known to man. And there’s a lot of that about. There’s a lot of yuppie status symbols in music, people using incredibly privileged modes of production to create quite bland music. I like the idea of using whatever form’s available to create something compelling.

“It’s this constant circle—you wanna be nice with people, but you also wanna be a bit rough.”

I hear ya. Talked to Kevin, The Bug earlier last week about how industrial music is this genre that got ironically co-opted and perverted from its original context into something pasteurized. Much of your rawness asks the same questions, it hits you after a slow build of something especially pretty or tuneful.

Yeah, I like that contradiction. It’s this constant circle—you wanna be nice with people, but you also wanna be a bit rough. Nothing’s seductive if it’s too much one or too much the other, you have to have nuance with everything. Like the last track on the album, “Un U.K.,” the ending is quite schmucky, on one level. If I used a real orchestra it would be terrible, but there are these old tape machines called Nagras, and it’s just me on a workstation with a kid’s choir. It’s so lo-fi that any bombast is undercut by the fact that it’s just me on a tape machine.

It definitely sounds quite ancient. This is such a cliche I almost can’t believe I’m saying it, and I know I just made a big thing about telling a story, but I think if I could tell the story I wouldn’t write the music. But I just have this very strong sense of pathos and narrative in my music and that comes before anything else, really.

Not cliche at all. The cliche version of what you just said would be, “If I knew how to do anything else, I wouldn’t be doing this.”

Yeah, [laughs] there’s so many good ones! The best one is, “I just make music for myself, if anyone else likes it it’s just a bonus.” That’s in my all-time Top 10.

Aside from the fact that we’re both members of the creative class and being fucked over considerably by corporate infrastructure, being a writer has taught me that people who say shit like that tend to be the most narcissistic. This may be a thing for a lot of producers in particular, because there’s a singularity of vision involved and you’re the guy in the room with your sounds for so long, gettin’ high off your own supply.

There’s arrogance and humility involved at every stage in the game, and you’ve kind of got them both in a little humorous dance with each other. Anything good is ego-driven, you’ve got to have a touch of severity to it. And I’m distrustful of musicians that embark on it with a notion of, “I’m just doing this because I wanna sound like the next guy.” No, you should be doing this because you’re dissatisfied with everything except the sound of your own voice, surely. [Laughs] How does that sound? 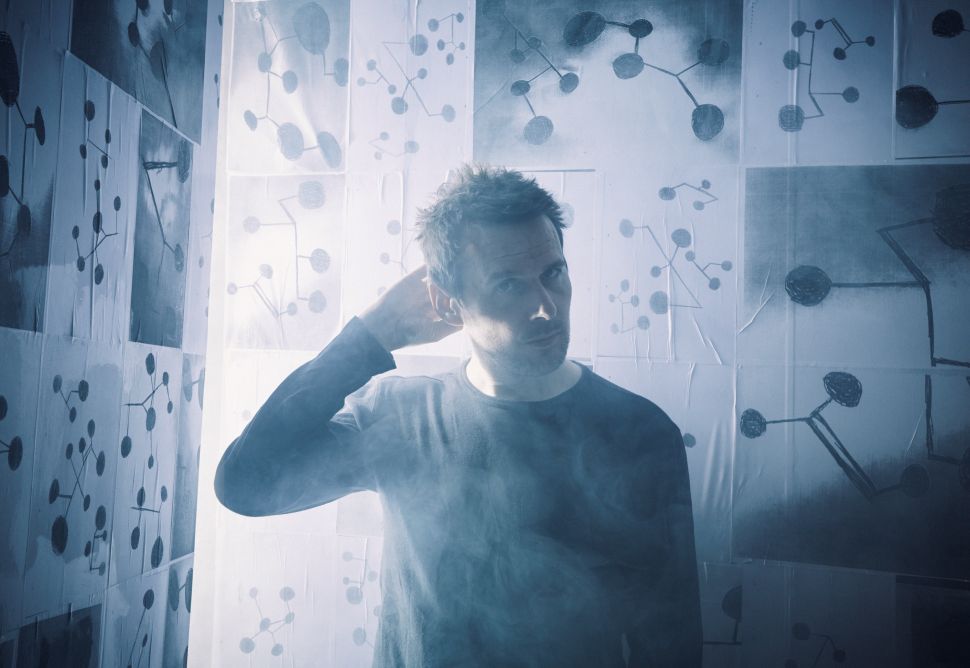