A group of progressive Democrats running alongside a State Senate hopeful challenging Democratic incumbent Bob Smith filed a lawsuit against Middlesex County Clerk Elaine M. Flynn Thursday. The group alleges that Flynn has refused to provide a print proof of the mail ballot, where they have been placed in the disadvantageous middle despite room at the top.

Senate candidate and Piscataway Board of Education President Bill Irwin cited an April 17th deadline for Flynn to provide proofs, saying ”the law clearly states that the dealine for the preparation of official primary election ballots for printing is 50 days before the election.” The clerk’s office will begin mailing ballots this Saturday.

“Taken with Ms. Flynn’s irrational decision to place our entire slate in Column C, when Column A is available and was publicly and verbally indicated by the Clerk as the logical place to put our slate during the ballot draw earlier this week, we cannot rule out that the Democratic Party is employing similar tactics to those used by the DNC to tip the scales unfairly against Bernie Sanders in the Presidential primary last year,” Irwin continued.

“We are concerned that the mail ballot, as we have been informed by staff in the Clerk’s office, appears substantially different to voters than the ballot that voters see on a machine located in a polling place. We are asking the Court to compel the Clerk to provide the same ballot to all voters, regardless of how they vote.”

Irwin told Observer New Jersey Politics last week that he and his bracketed group of nearly 500 legislative, county and municipal candidates hope to preserve the momentum of Bernie Sanders’ presidential campaign by getting more progressives into office and shifting the party’s priorities to emphasize economic inequality.

Smith, for his part, is a dependably left-leaning 15-year Senate veteran who frequently takes the lead on environmental issues. 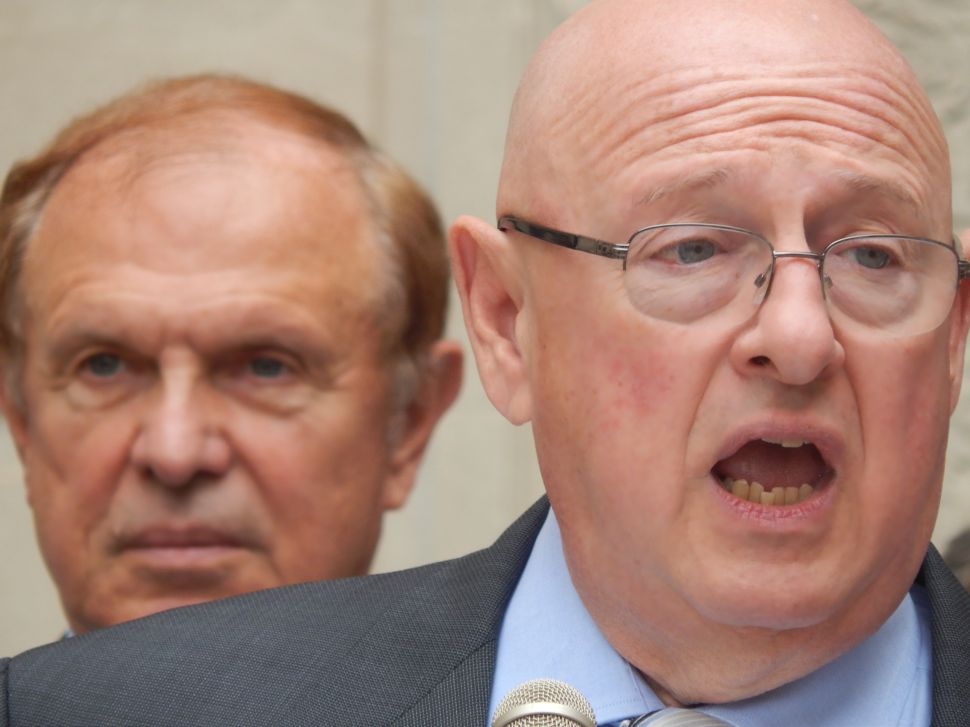