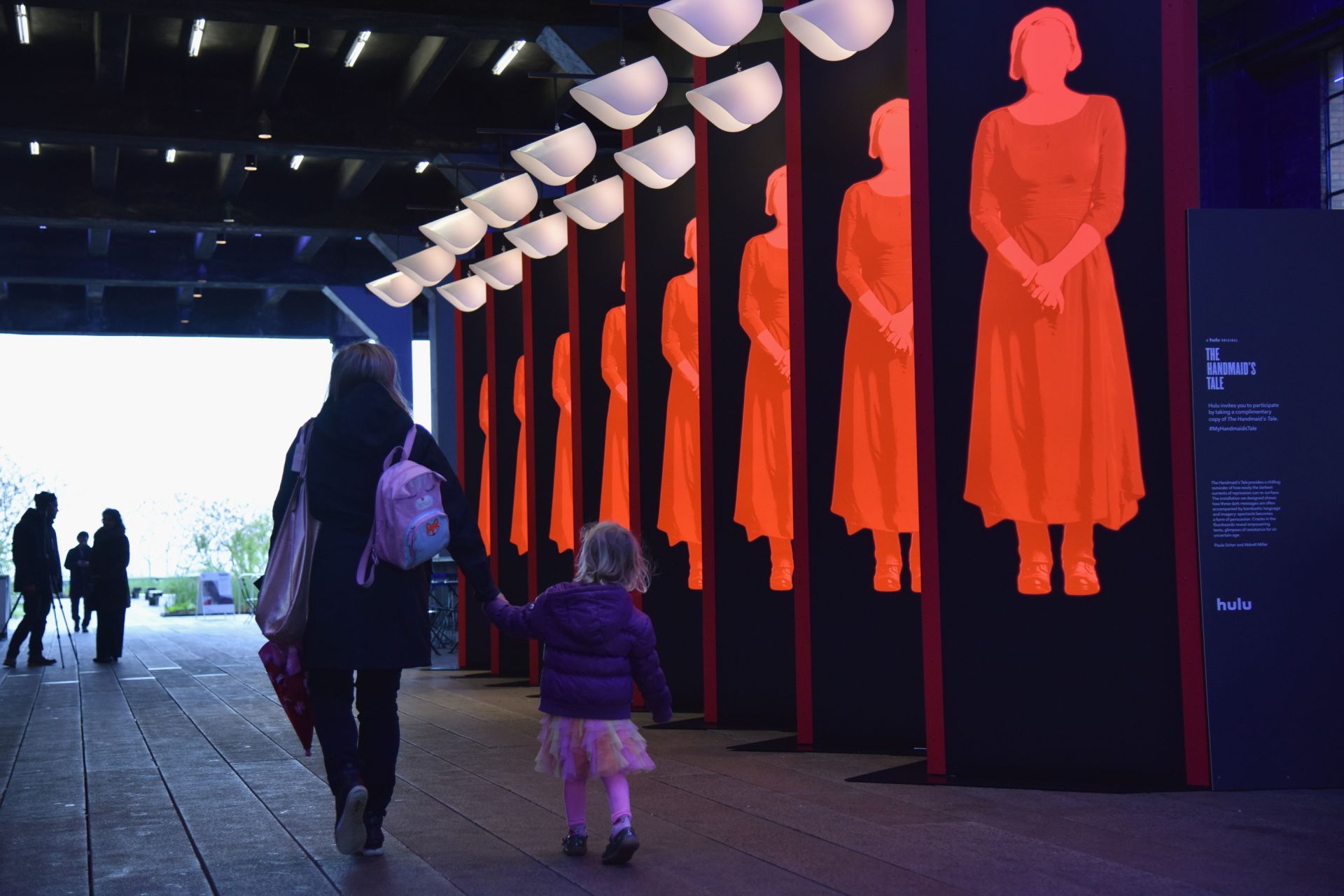 The public interacts with an art installation, designed by Paula Scher and Abbott Miller, and book giveaway celebrating Hulu's 'The Handmaid's Tale' on the High Line on April 26, 2017 in New York City.
Bryan Bedder/Getty Images for Hulu 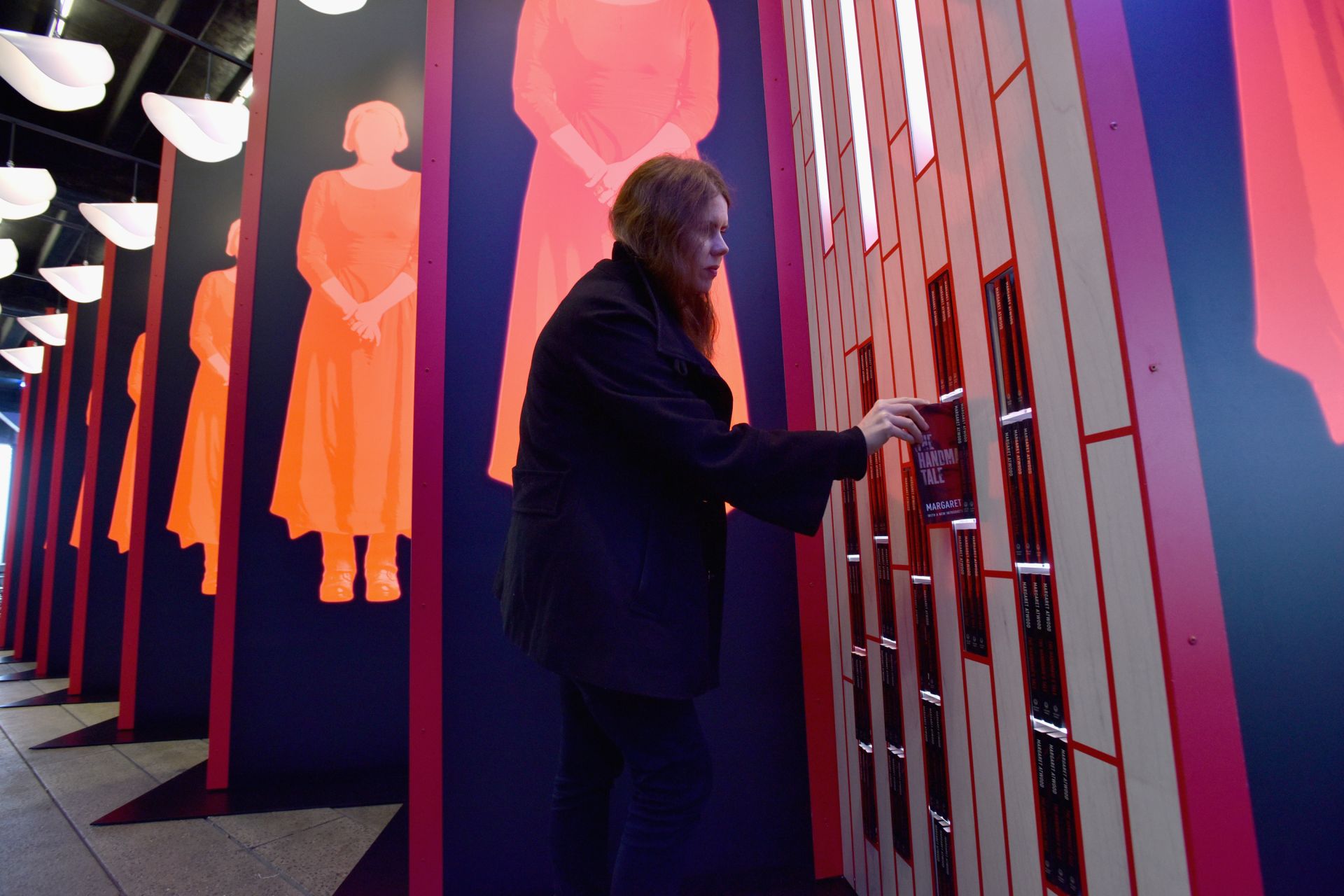 Visitors are encouraged to take one of 4,000 free copies of Margaret Atwood's book.
Bryan Bedder/Getty Images for Hulu 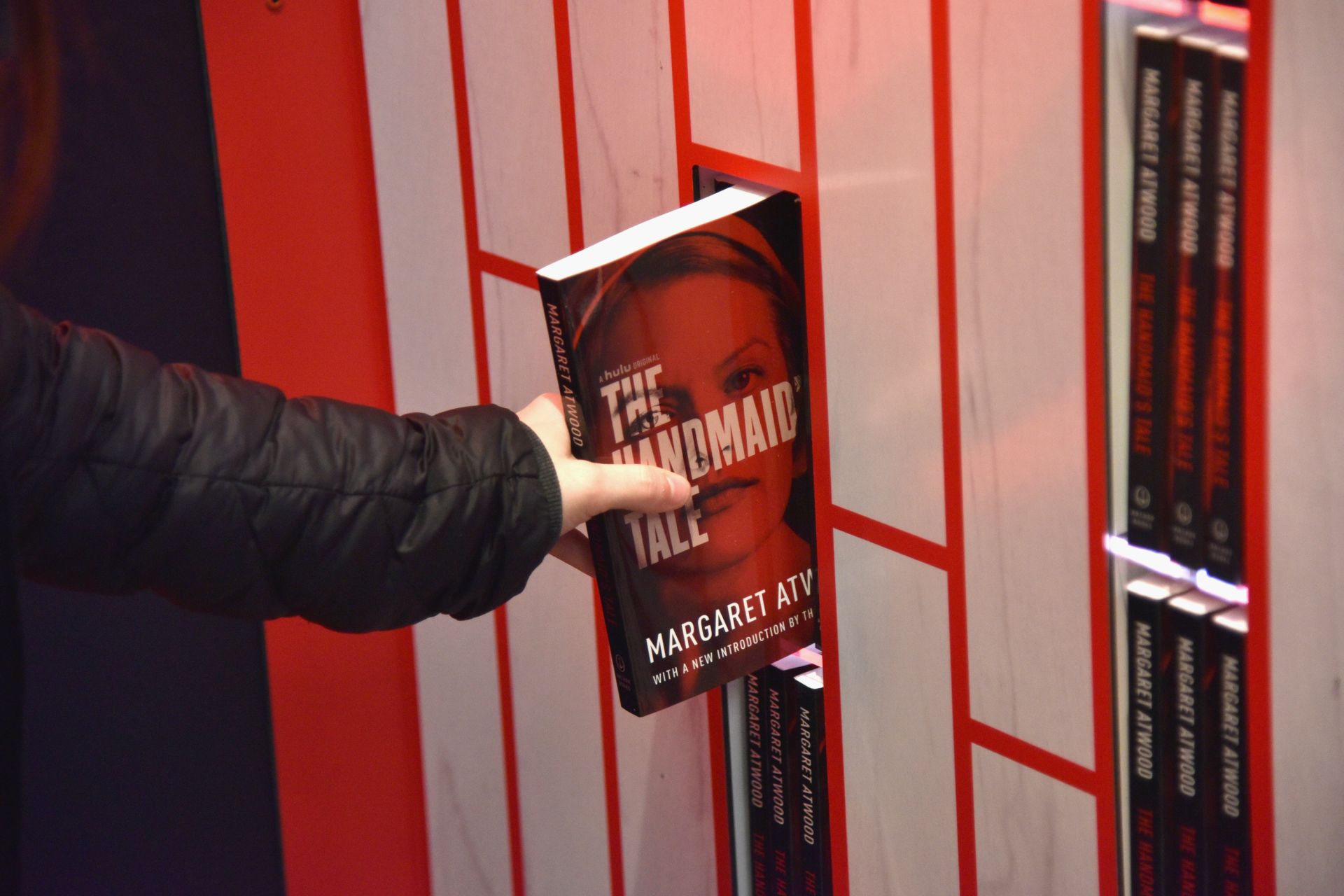 A view of the cover of Atwood's dystopian novel 'The Handmaid's Tale,' with a new design for the release of the film featuring actress Elizabeth Moss.
Bryan Bedder/Getty Images for Hulu 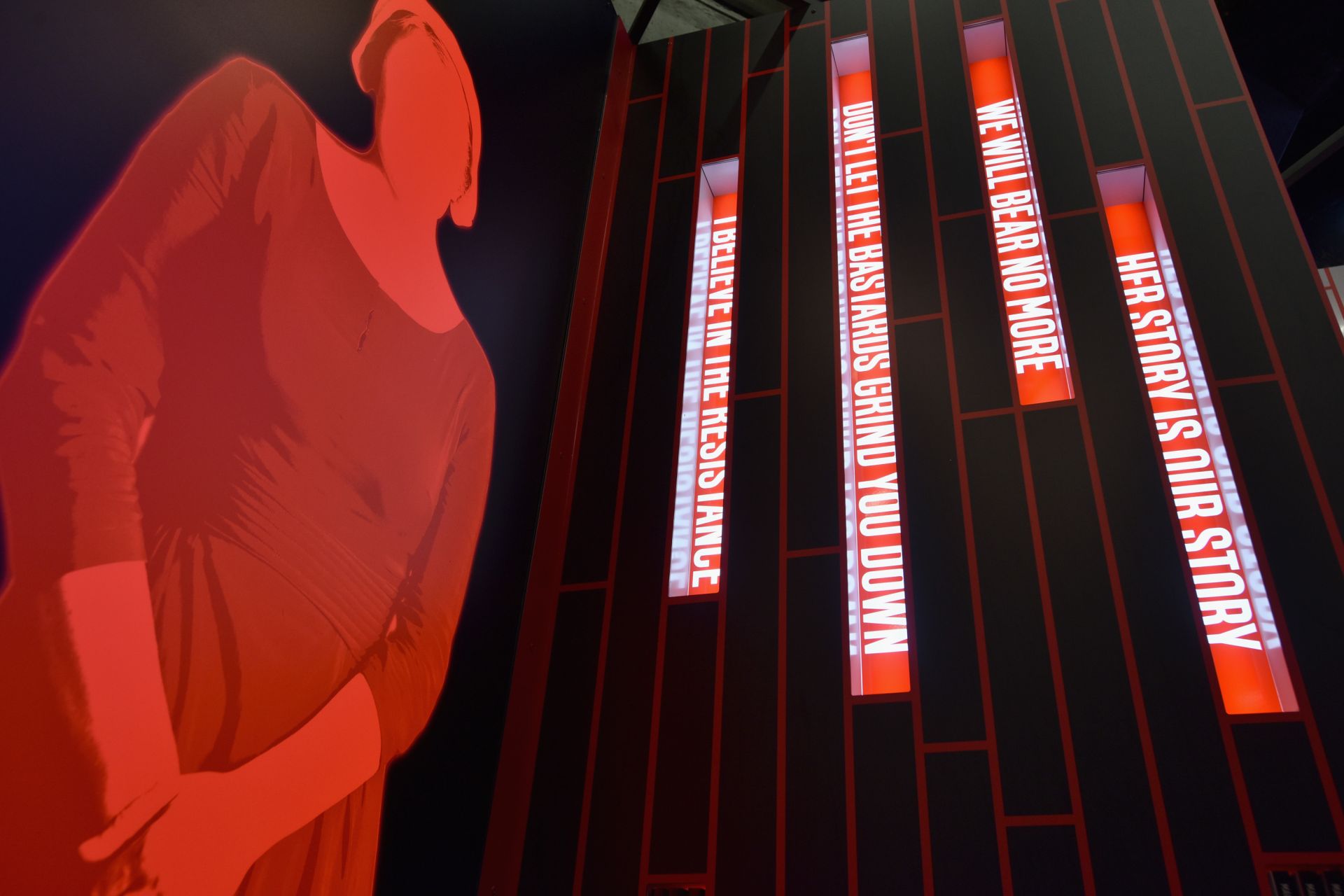 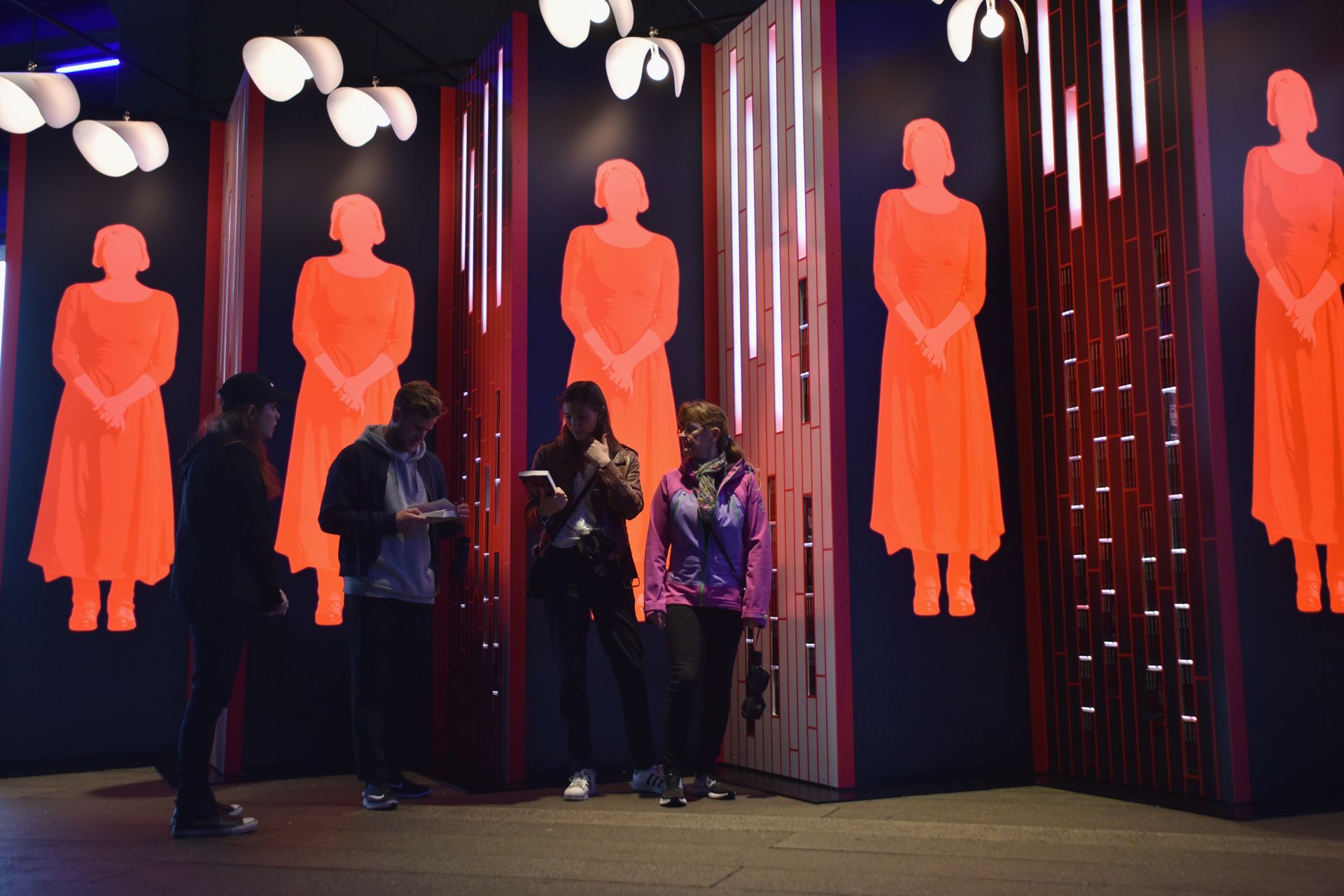 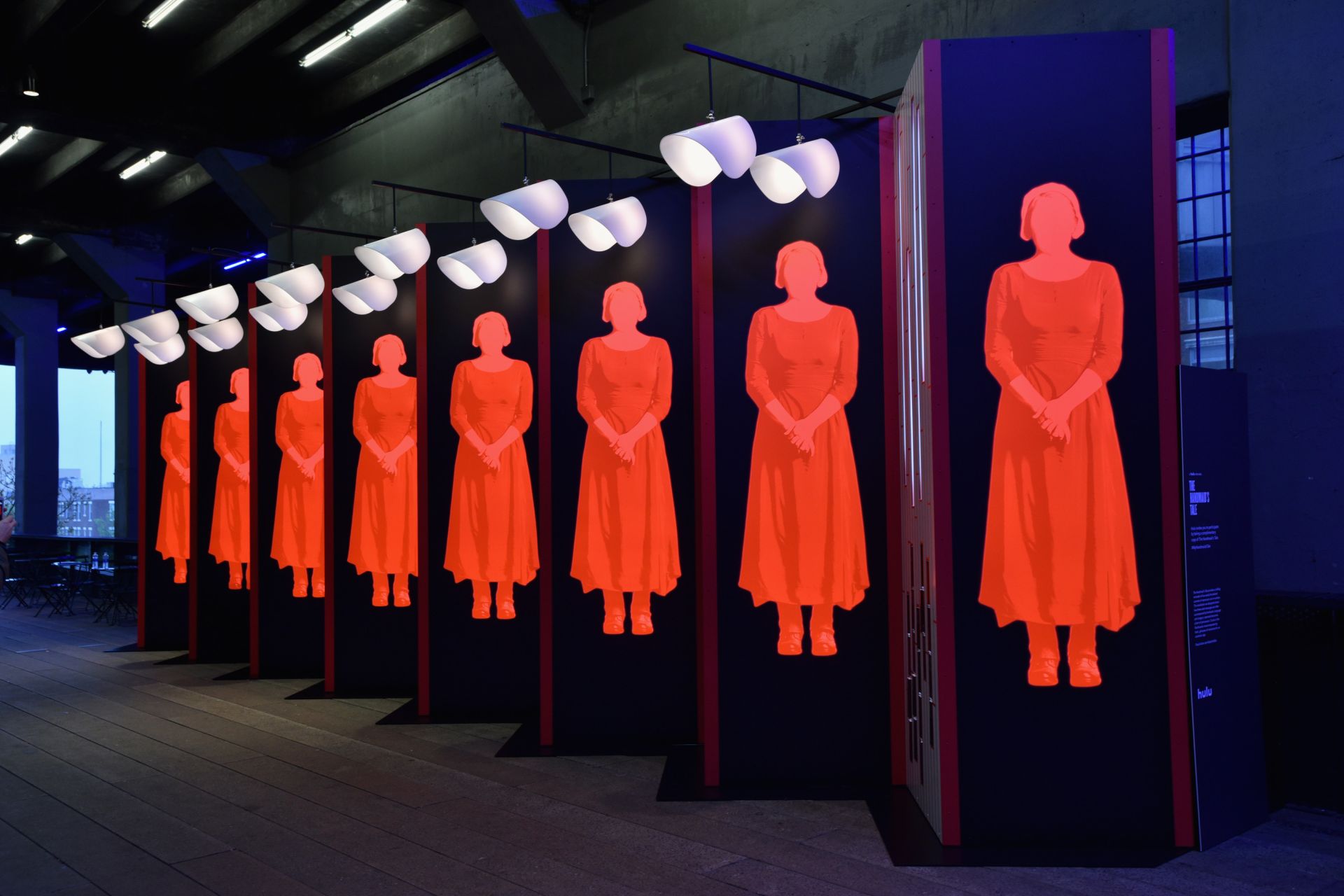 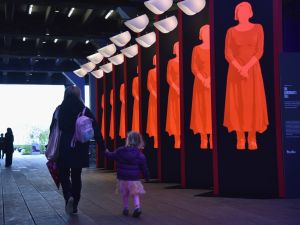 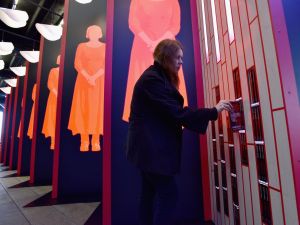 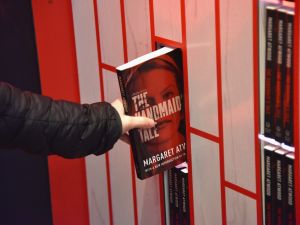 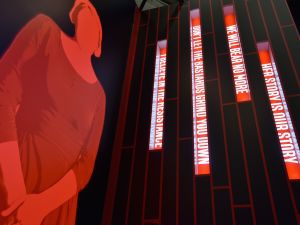 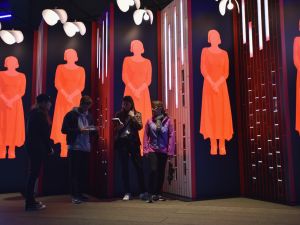 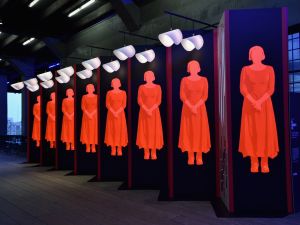 Visitors to New York’s High Line between April 26 and 30 will experience a small but unnerving taste of Margaret Atwood’s eerily prescient fictional dystopia Gilead through a temporary art installation offering free copies of the author’s book, The Handmaid’s Tale. To celebrate Hulu’s recently released adaptation of Atwood’s 1985 Nebula and Booker Prize-nominated novel, artist’s Paula Scher and Abbot Miller have created a large-scale installation inspired by The Handmaid’s Tale, according to the Huffington Post.

The artwork, titled Nolite te bastardes carborundorum (“Don’t let the bastards grind you down”) after one of the story’s central credos, features 4,000 free copies of Atwood’s novel for visitors to read and takeaway. People who choose to interact with the art by taking a copy of the book will reveal “messages of female empowerment and anti-authoritarian resistance, according to HuffPo, inscribed within the sculpture. The artwork prominently features imposing illuminated depictions of its central character, Offred (played by actress Elizabeth Moss in Hulu’s series), who is recognized in the book as a handmaid by her standardized uniform of a white bonnet and bright red dress. Scher and Abbott’s installation nods to Offred’s headdress with a fleet of bright white overhead lights, fashioned in the same shape, and red silhouetted figures of handmaids that tower over visiting readers.

In Atwood’s book, a totalitarian theocracy has replaced the United States government, severely limiting the right’s of women in the wake of declining birthrates. As a handmaid, Offred has been assigned to a bear children for a member of Gilead’s upper class. Scher and Abbot explain the inspiration behind their interactive design of their artwork in a statement by saying: “The Handmaid’s Tale provides a chilling reminder of how easily the darkest currents of repression can re-surface…The installation we designed shows how these dark messages are often accompanied by bombastic language and imagery: spectacle becomes a form of persuasion. Cracks in the floorboards reveal empowering texts, glimpses of resistance for an uncertain age.”