I was first punched in my late teens, playing football at the rec. I was a late developer in many ways.

The rec was divided from the park proper, ducks and all, by a wall. It was a mark of bravery to jump the six feet down from the park to the playing fields. Adults took the set of cobbled steps at the end, the stones littered with cigarette butts and empty cider bottles, evidence of what teenagers graduate to from football.

The stone-throwing kids, browned by the sun, held the high ground. I couldn’t be bothered to climb the steps and I didn’t have the upper body strength to pull myself up the wall. So, to an audience of a dozen or so friends in a rainbow of replica football shirts, I stood at the wall and shouted up at the kids.

I said they should stop throwing stuff. They looked down and listened and didn’t throw anything.

A boy, my age, emerged from a browning bush behind the stone throwers. It was like the reveal of the monster in a B film. He wasn’t wearing a shirt. He looked not just like a slab of flesh but a slab of flesh that could really hurt you. He held a stick in his hand. Not a stick that a child might drop from a bridge. A stick that could double for a baseball bat.

He jumped down without hesitation. The ground trembled at his impact. I stepped back. But not far enough to avoid his stick. It broke against my left knee, splitting in two, the freed half cartwheeling away.

My knee hurt but I didn’t say anything.

My friends watched. I dipped my head and charged. I don’t know what I was expecting to achieve. His skin was moist. We tumbled to the ground. We wrestled, I pushed the heel of my hand into his face. He rolled onto my chest and punched my eye.

The fight fizzled out. The boy and the stone-throwers went off. In some sense, I was successful. Stuff was no longer being thrown at us.

I could feel my eye closing with a tight bruise. My friends looked at it with their own tight eyes.

‘Do you want to play on?’ they asked.

I insisted we did, my legs shaking.

When I got home, I told my parents that I’d been elbowed while hustling in the six-yard box. An accident. Mum trawled through drawers for liniment.

This isn’t the childhood punch I remember most vividly. That punch is from Raiders of the Lost Ark. Indy has rescued Marion from the camp at Tanis. He comes across a Flying Wing and gets into a fight with a Nazi. Another Nazi, a huge Nazi, sees and, smiling, takes off his shirt. He looks like a wrestler. Indy and the huge Nazi fight. Marion gets locked in the plane. Wooden brake blocks are removed from one set of the plane’s wheels, initiating a slow spin, the plane turning like a stoned second hand. Indy throws a series of punches into the man’s face. Blood breaks from the Nazi nose, but he remains standing. He sends Indy to the dust with a right hand upper-cut. Indy covers his face as a huge propeller cuts through the space behind the Nazi. The poor bastard realizes too late what’s about to happen.

The camera, this is a kid’s film, remember, looks to the swastika painted on the plane’s tail. It is splattered with blood. It’s symbolic.

How old was I when I first saw this? 8? 12? Either way, it disturbed me. I’d never previously had cause to imagine what it’d be like if a man was struck by a huge propeller.

The Nazi was played by Pat Roach, a stuntman and wrestler. Imagine having him as a father. Imagine being dropped off at school by a wrestler.

I was next punched at university. Not my university. Oxford University. A friend of a friend was hosting a ‘P’ party. Guests were expected to attend dressed as something starting with ‘P’.

I went as a priest.

I thought it a funny response.

Somebody came as Pavarotti. A friend complimented the effort that had gone into the costume. The padding, the tuxedo, the teeth.

‘But these are my teeth,’ said Pavarotti.

Later on, I saw Pavarotti slumped in a corridor. In one hand was a half-finished bottle of whisky. His other hand fingered his teeth. It was a sad end for the opera singer.

I was punched in the eye, the same eye, by a friend dressed as a pixie. Sitting on someone’s bed, we were throwing mock punches in time to the party music. We were drunk. A friend’s girlfriend said that it would only end in tears.

I was hit in the eye but I never cried. A bag of frozen peas was found. The eye didn’t hurt, I’d been drinking, but it soon closed. The other one joined it when I collapsed on a sofa. Chasing Amy played on a tiny TV.

My father used to box. As a hobby, a way to keep off the streets, back when he was a kid. He likes watching the big matches now. He’ll pay the subscription fees without complaint. He’s even converted my mother. They know the names.

I liked that book about Muhammad Ali. When We Were Kings. I bought it for my dad.

Our town had a kebab shop. In 1990s Somerset, this counted as exotic. Not for us did the kebab end a night of drinking. It was a treat.

It’s what they eat in Turkey.

The shop didn’t deliver, so Dad would drive up and I’d pop out with a crumpled ten-pound note.

It wasn’t long after I was punched that I was standing in this kebab shop, waiting for the family’s order. These sort of adult interchanges made me nervous, they still do, so I didn’t instantly notice that the boy who’d punched me had entered. My mind’s tiny voice was repeating what I’d say when I got to the stainless steel of the front of the queue.

The boy touched me. A hand to my arm. I must have jumped because he laughed. A deep fat fryer of emotions. Was he going to hit me again? Was this God’s way of offering me vengeance?

Growing up is too full of choices.

‘I’m sorry about the other day,’ he said.

He said that we had a mutual friend. And the mutual friend said I was OK. The boy said I should have told him. That he wouldn’t have punched me if he’d known.

He offered his hand and, despite myself, I shook it. When I got to the front of the queue, I forgot what I was meant to say.

I didn’t tell Dad about the handshake.

Tom Mitchell is a full-time father, part-time writer. Tweeting at @cakesthebrain to an ever-decreasing amount of followers, he lives in south London with his wife and two sons. 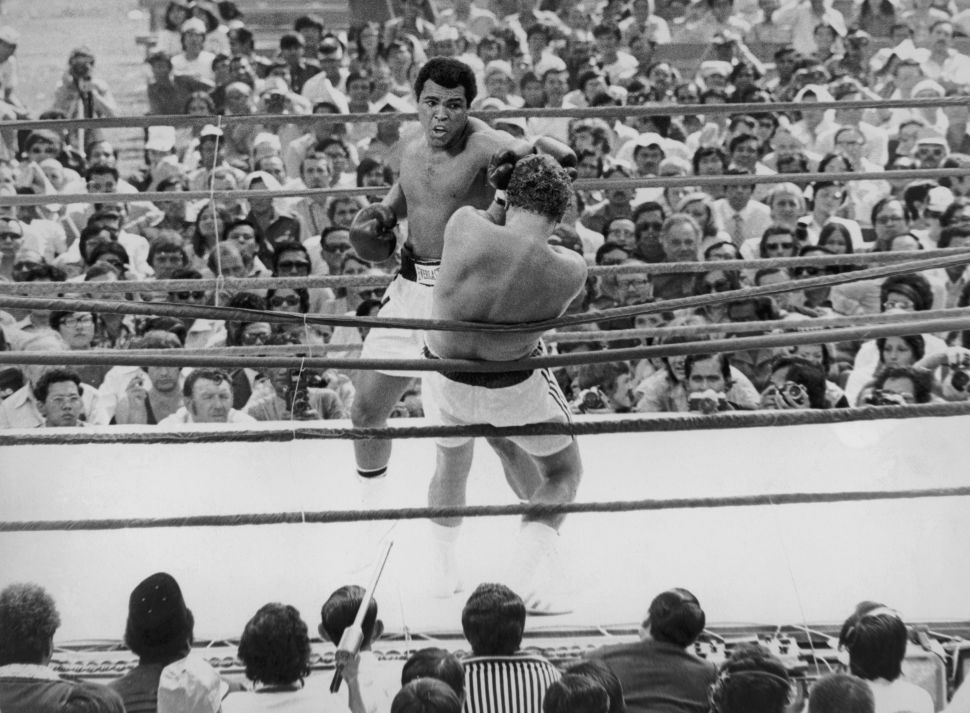