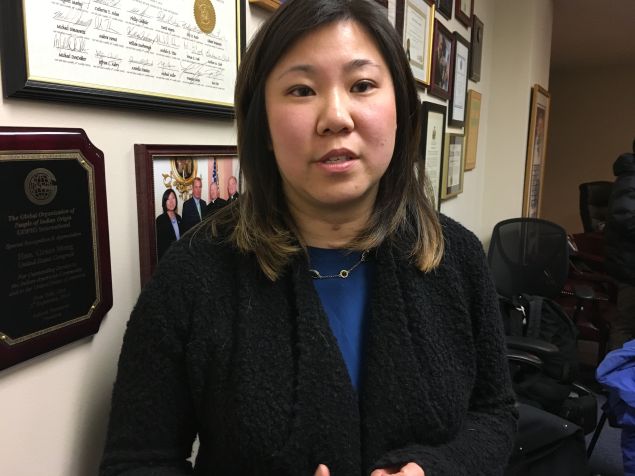 Queens Congresswoman Grace Meng, a Democratic National Committee vice chair, at her roundtable on the impact that President Donald Trump’s proposed budget cuts will have on Queens. Madina Toure/Observer

Queens Congresswoman Grace Meng, recently reelected as a Democratic National Committee vice chairwoman, argued to the Observer that new DNC Chairman Tom Perez forcing out the party organization’s current employees is part of a healthy effort to improve “the culture and the ecosystem of the party nationally.”

Last Wednesday, Perez—who was elected to his post earlier this year—asked all DNC staffers to hand in their resignation letters by April 15 as part of a revamping of the Democratic Party’s organization. Speaking to the Observer after an event in Queens last week, Meng asserted that the move is “actually pretty customary” after a new DNC chair comes in, and arguing that the layoffs was not a “reflection on their performance.”

But she claimed that many of those under the axe have been “operating in sort of a crisis mode” since the election, and that a new wave of hiring will come as part of a larger overhaul of the organization.

“Going forward, I think it’s not just about staffing but it’s about improving the culture and the ecosystem of the party nationally and I suspect we’ll even see some more effective changes within the infrastructure of the DNC and that may be more telling as to what kind of staff is hired and there may even be some staff that are retained and there will be new staff that will be brought in as well,” Meng said.

Meng also pointed to the “listening tours” Perez and Deputy Chairman Keith Ellison—the Minnesota congressman who lost his DNC chair bid to Perez—have inaugurated as evidence of a broad restructuring effort. The congresswoman said that the organization will collectively look to convey to both Democrats and Republicans that Trump’s policies on issues like immigration and federal spending are damaging to the country.

“We will be putting a stronger emphasis for example—and I’ve been working on this—developing an effective surrogate program,” Meng said. “We wanna make sure that the DNC is catching all parts of the country—rural, suburban, urban, communities of newer immigrants and newer Americans who may not have been touched by the DNC before and so that is going to be my priority.”

Perez—a Buffalo native—Meng, Bronx Assemblyman Michael Blake and Treasurer Bill Derrough—a Brooklyn native—bring the number of New Yorkers in the top echelons of the DNC to four. All won their bids for leadership roles in a vote among party insiders held in Atlanta in February.

Meng said she and Blake have already reached out to various state parties and chairs, as well as to Democrats Abroad, the party’s arm for Americans who live outside of the United States. She also said that they have arranged meetings and calls between members of Congress and local municipal officials nationwide

“I think what has really motivated and has really helped us is that our base is wider and broader than ever,” she added. “We have folks who have never had any interest or experienced working with the Democratic Party and people wanna be engaged more than ever so the numbers are on our side, the public is on our side.” 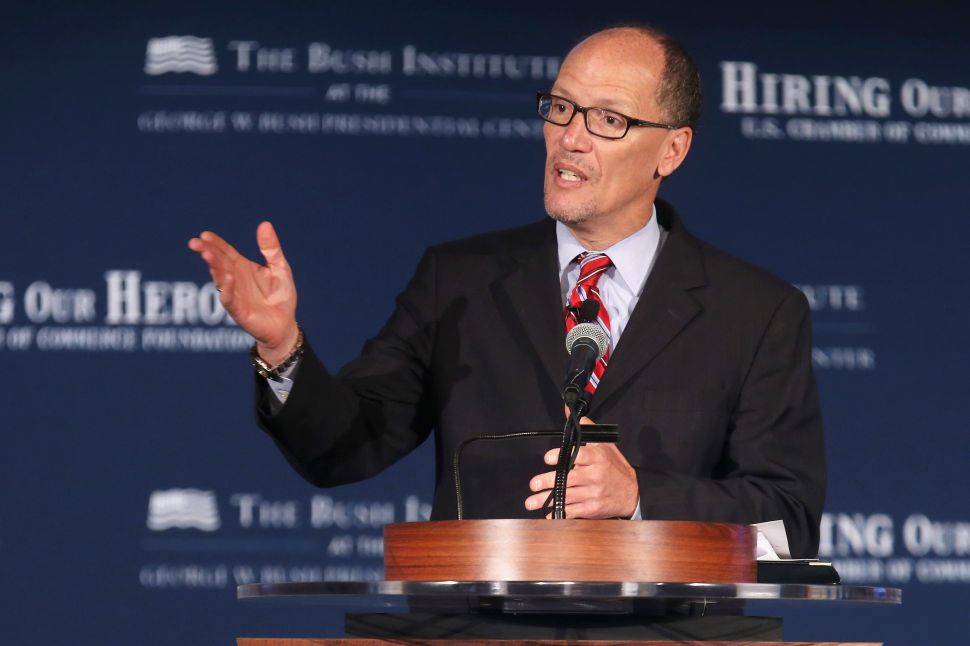