Neil Gorsuch is a qualified, almost middle-of-the road judge, respected by those on both sides of the aisle. Beyond partisan groups what will call anyone right-leaning “extreme,” and some incredibly lame attacks from left-leaning outlets, there’s no reason for Democrats to block Gorsuch’s nomination to the Supreme Court.

Right now they’re doing so purely out of spite. While Barack Obama was still president, he had the opportunity to nominate yet another Supreme Court judge (he already got Elana Kagan and Sonia Sotomayor confirmed to the highest court in the land), following the tragic death of Justice Antonin Scalia. Scalia died on February 13, 2016—nearly a year before Obama would leave office, and nearly 10 months before the 2016 election.

Obama nominated Judge Merrick Garland, a more moderate choice than Kagan or Sotomayor. Republicans likely could have been happy with Garland, but they decided to block his nomination until the next president took office. This was a huge gamble for them at the time, since Donald Trump hadn’t won the GOP primary yet, and Hillary Clinton appeared to be struggling against Vermont Sen. Bernie Sanders in the Democratic primary (except for her substantial lead among super delegates). Even with Trump winning state primaries, no one in the mainstream media or Republican establishment believed he could actually pull off a general election win.

Republicans could very well have paved the way for Clinton (or Sanders) to get a Supreme Court pick upon taking office. But 2016 worked the way it did, and Trump ended up with the pick. There’s no way Democrats would be complaining if Clinton had won and nominated her own choice for the Supreme Court. I also don’t believe Republicans would have filibustered her pick.

Obama nominated Sotomayor in 2009, when Democrats had a filibuster-proof majority in the senate. Even then, nine Republicans voted to confirm her (Sen. Ted Kennedy was not present, due to health issues).

Kagan’s confirmation vote was closer, but she still had little trouble becoming a Supreme Court Justice. When Obama nominated Kagan in 2010, Democrats had control of the Senate, with 59 senators—just shy of being filibuster-proof. Five Republicans voted for Kagan, and one Democrat voted against her.

Right now, Democrats, who complained endlessly last year about the Supreme Court having just eight justices, are keeping the court from having the full nine. It’s clearly in retaliation, since not only did Obama not get to pick another justice, but Clinton lost the election and therefore didn’t get her own pick.

Democrats look incredibly petty for blocking Gorsuch, but perhaps, as David Harsanyi wrote at the Federalist, they have an end-game in mind.

When Harry Reid still had control of the senate, he used the dreaded “nuclear option” to remove the filibuster from district court nominees in order to clear through some confirmations (Republicans were either blocking or dragging their feet, creating a backlog). Republicans eventually agreed to confirm seven of Obama’s appointees to avoid the nuclear option, but Reid (being Reid) changed the terms at the last minute to force Republicans to forgo filibustering any of Obama’s future appointees. Republicans couldn’t accept giving Obama a blank check to fill positions.

The new rule didn’t apply to Supreme Court nominees, but the slippery slope argument was there. Now that Democrats are blocking Trump’s pick, Republicans might extend the nuclear option in order to confirm Gorsuch. And maybe that’s what Democrats wanted all along.

“[Senate Minority Leader Chuck] Schumer probably also believes Republicans would nuke the judicial filibuster on the next Supreme Court pick, anyway. He’s probably right. So what downside is there for him in forcing the GOP to put the filibuster out of its misery?” Harsanyi wrote. “The fate of the justices remains unchanged. And, when back in power, Democrats would be free to function without the judicial filibuster. Schumer would almost certainly nuke it, as well. In the meantime, he forces the Republicans to officially kill a procedure that Democrats have been undermining for 15 years, at least.”

Democrats can’t block Supreme Court Nominees for four or eight years (well, they could, but that would be awfully childish), and if they block Gorsuch, Trump might nominate someone further to the right and nuke the filibuster anyway.

If Republicans do remove the filibuster for Supreme Court nominees, it could have grave consequences for the future. The party in control of the White House could start nominating actually extreme judges (Kagan and Sotomayor weren’t extreme, they were just rubber-stamp leftists), and the Supreme Court would be compromised. The leanings of the court and their ability to affect laws would vary drastically (once all moderates were gone) and depend heavily on the party in power’s “luck”—whether sitting members died or retired.

We could see a court that switches from extreme left one decade to extreme right the next, requiring every decision written about to include context for the current extreme leanings of the court.

Maybe I’m being too pessimistic, but the filibuster is there for a reason. At the same time, Republicans don’t have many options right now. If Democrats won’t confirm Gorsuch, what Republican nominee would they confirm? 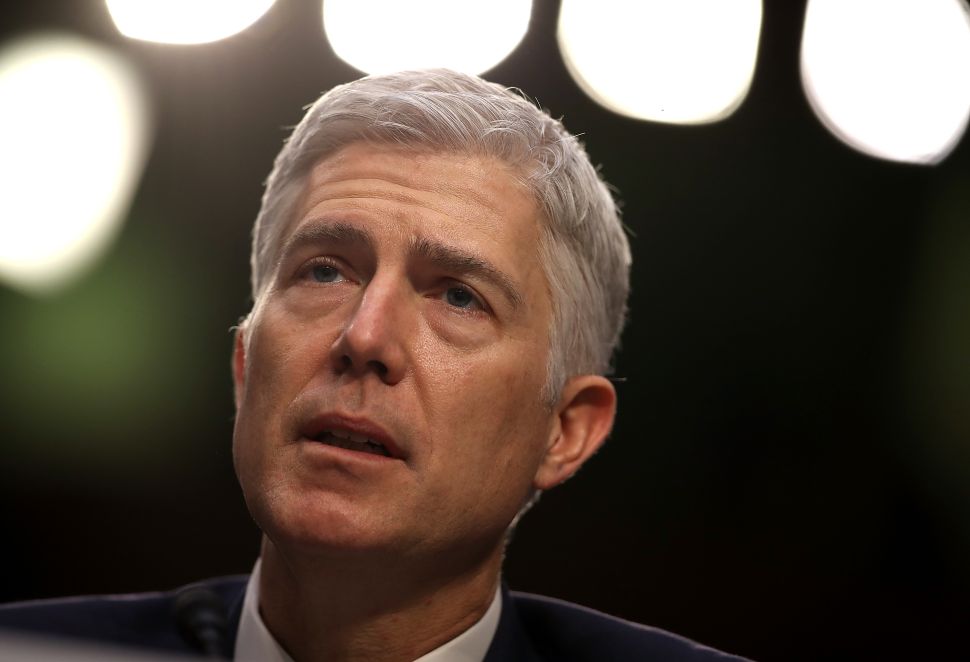