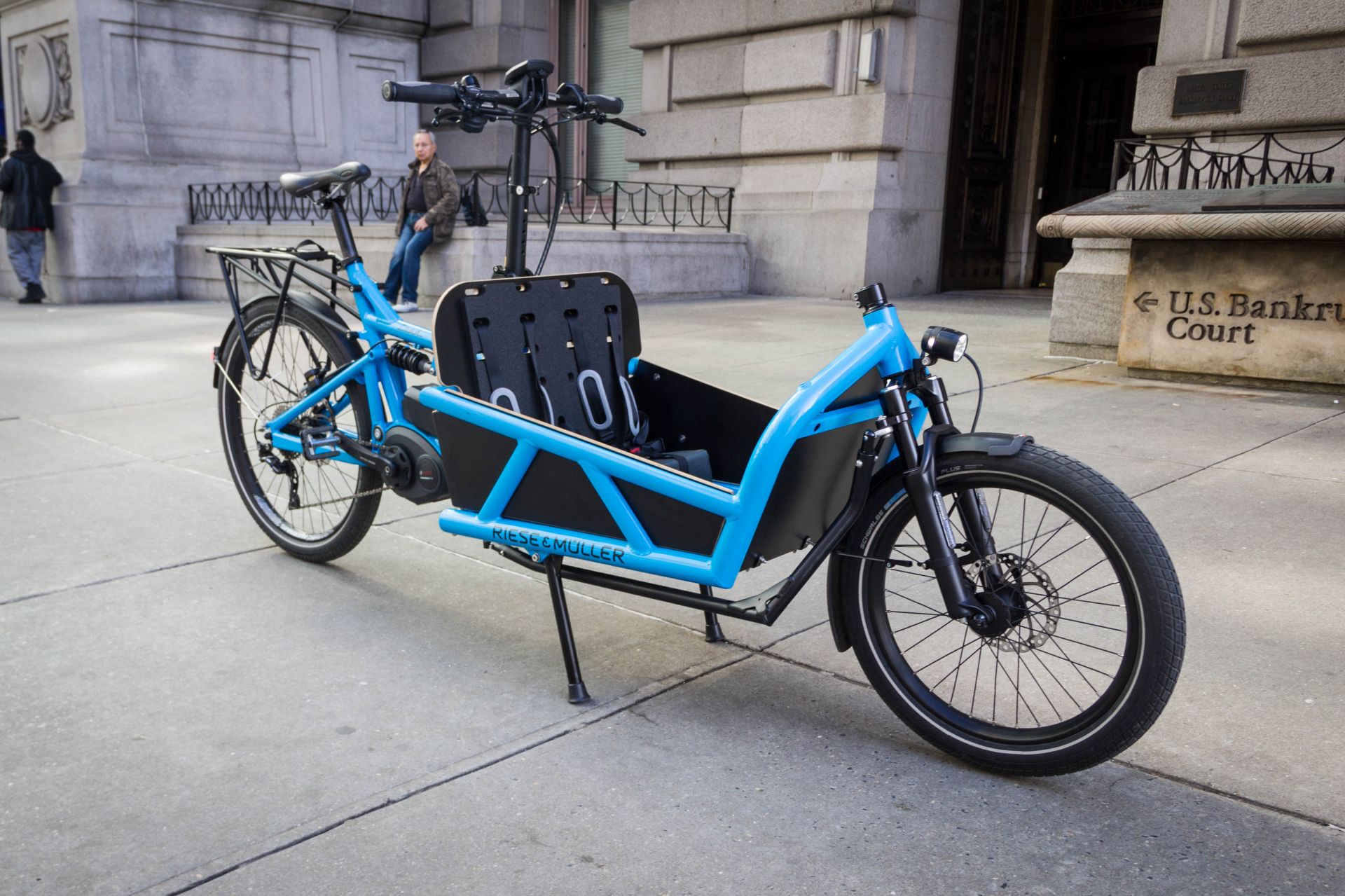 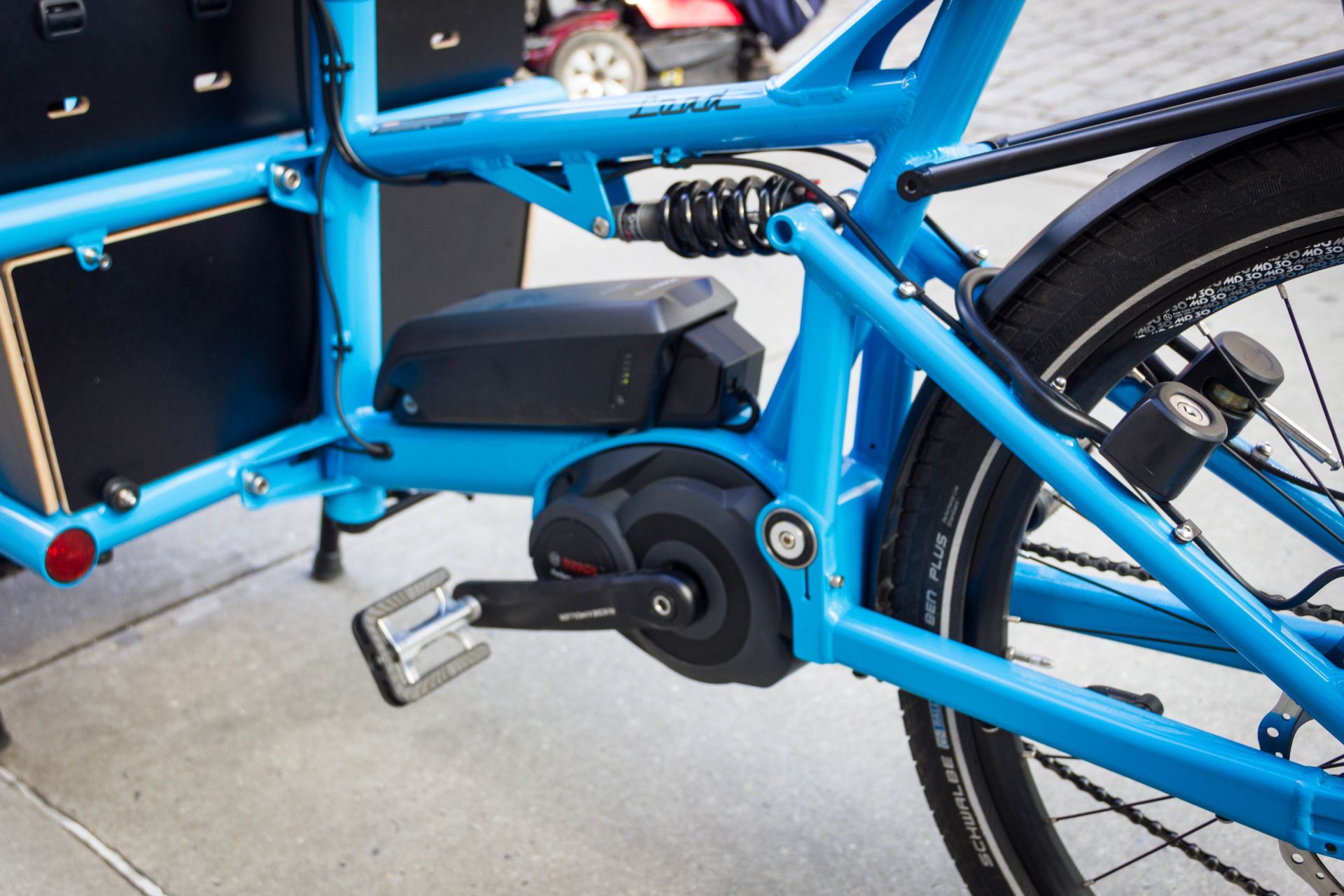 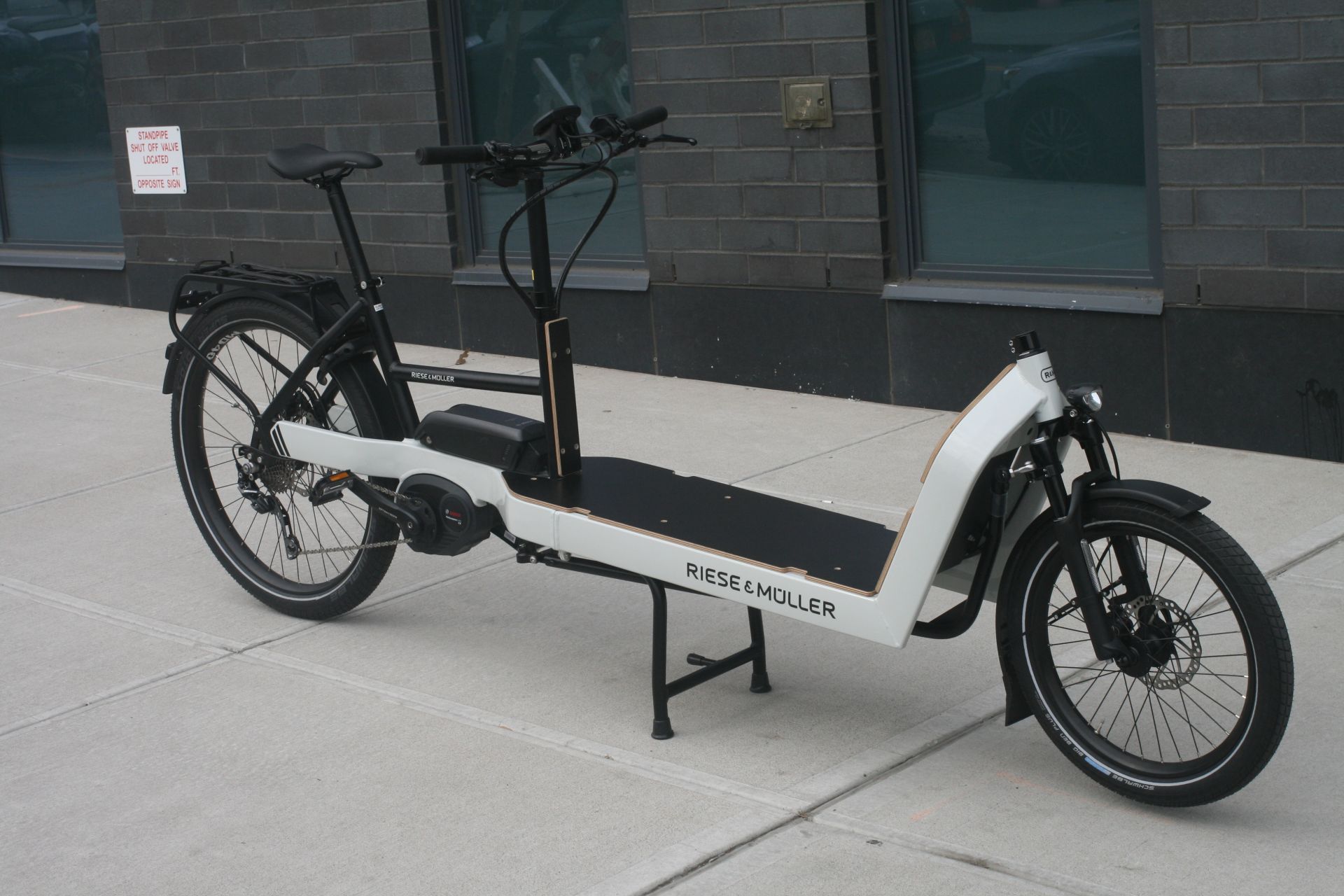 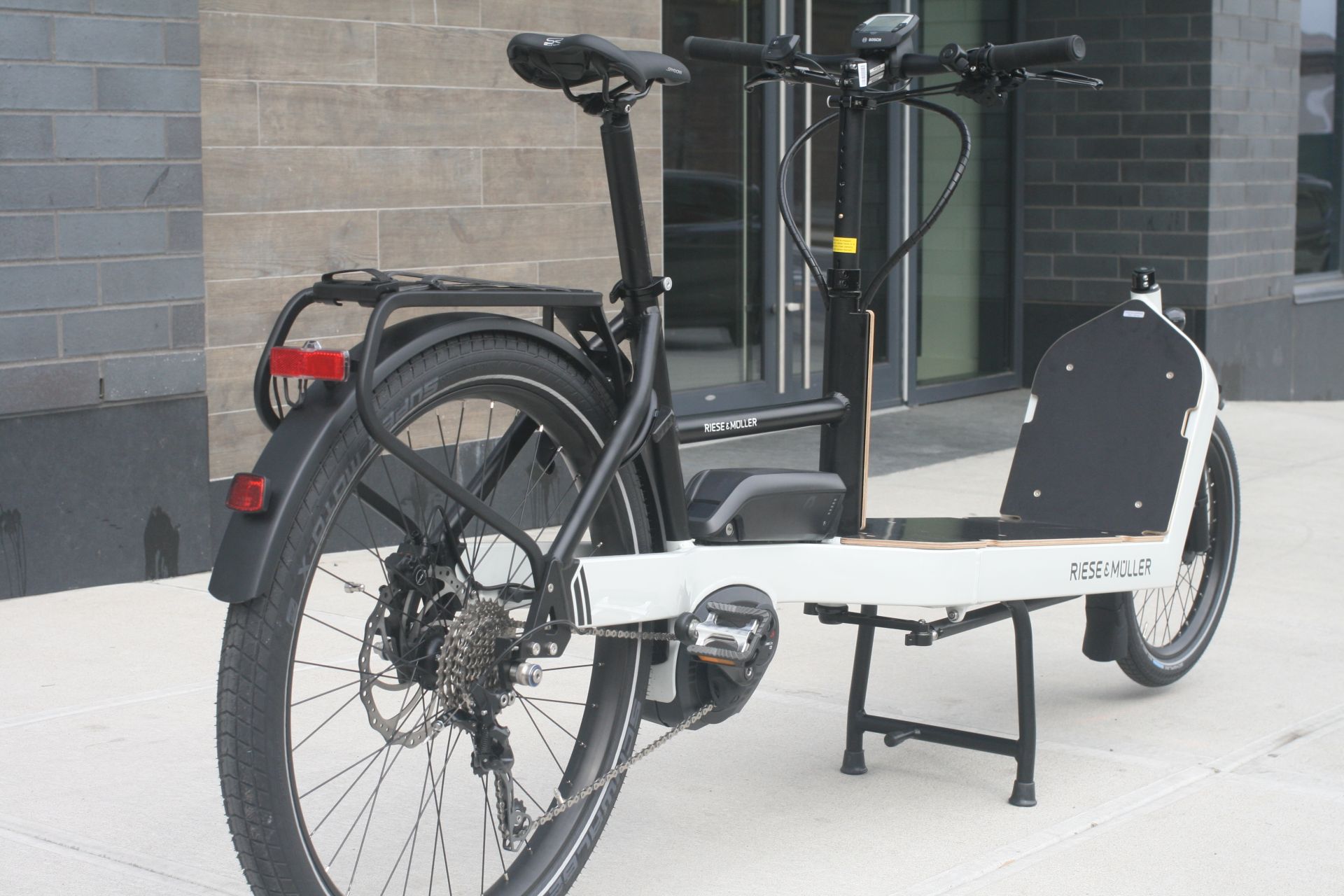 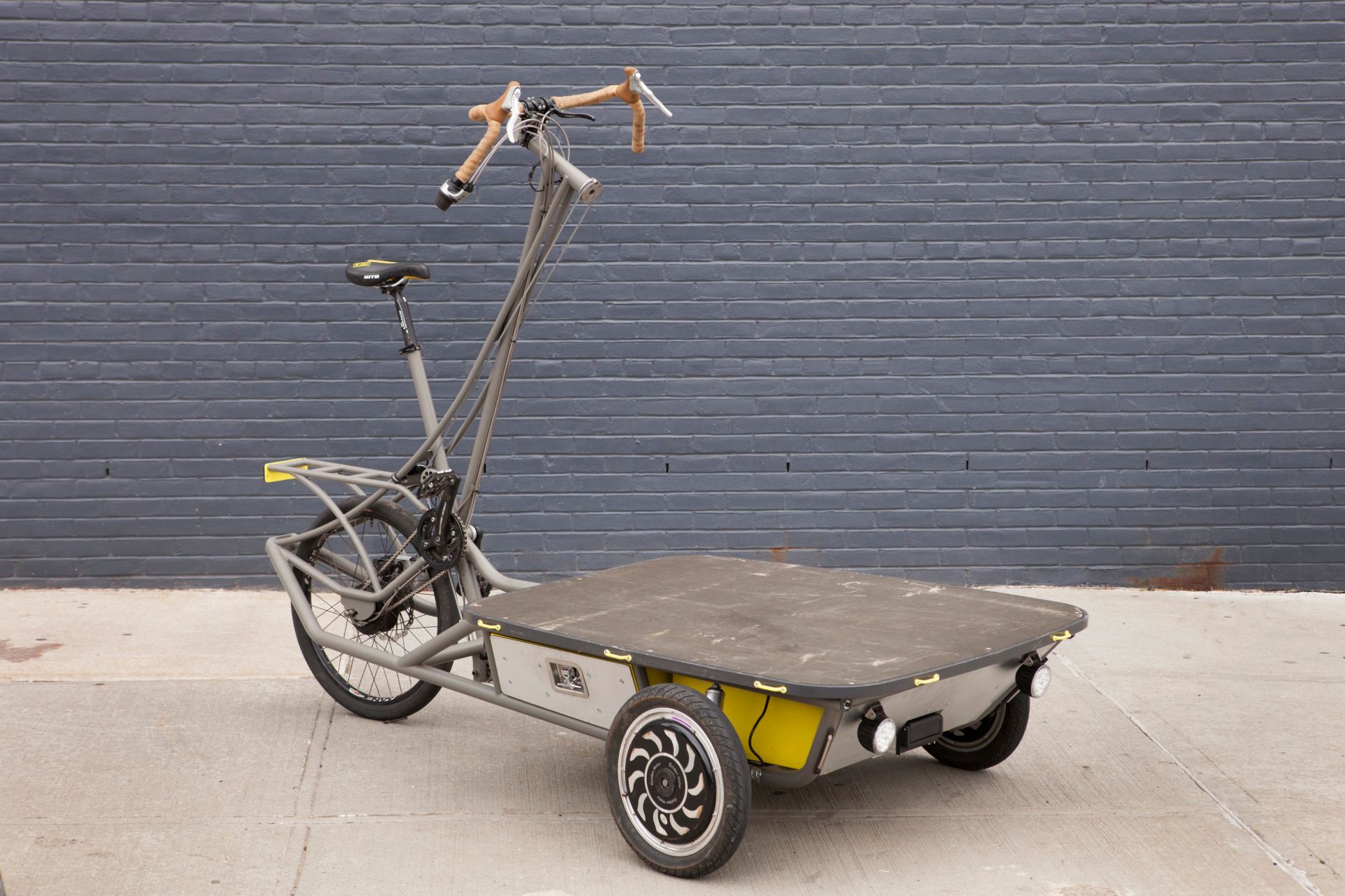 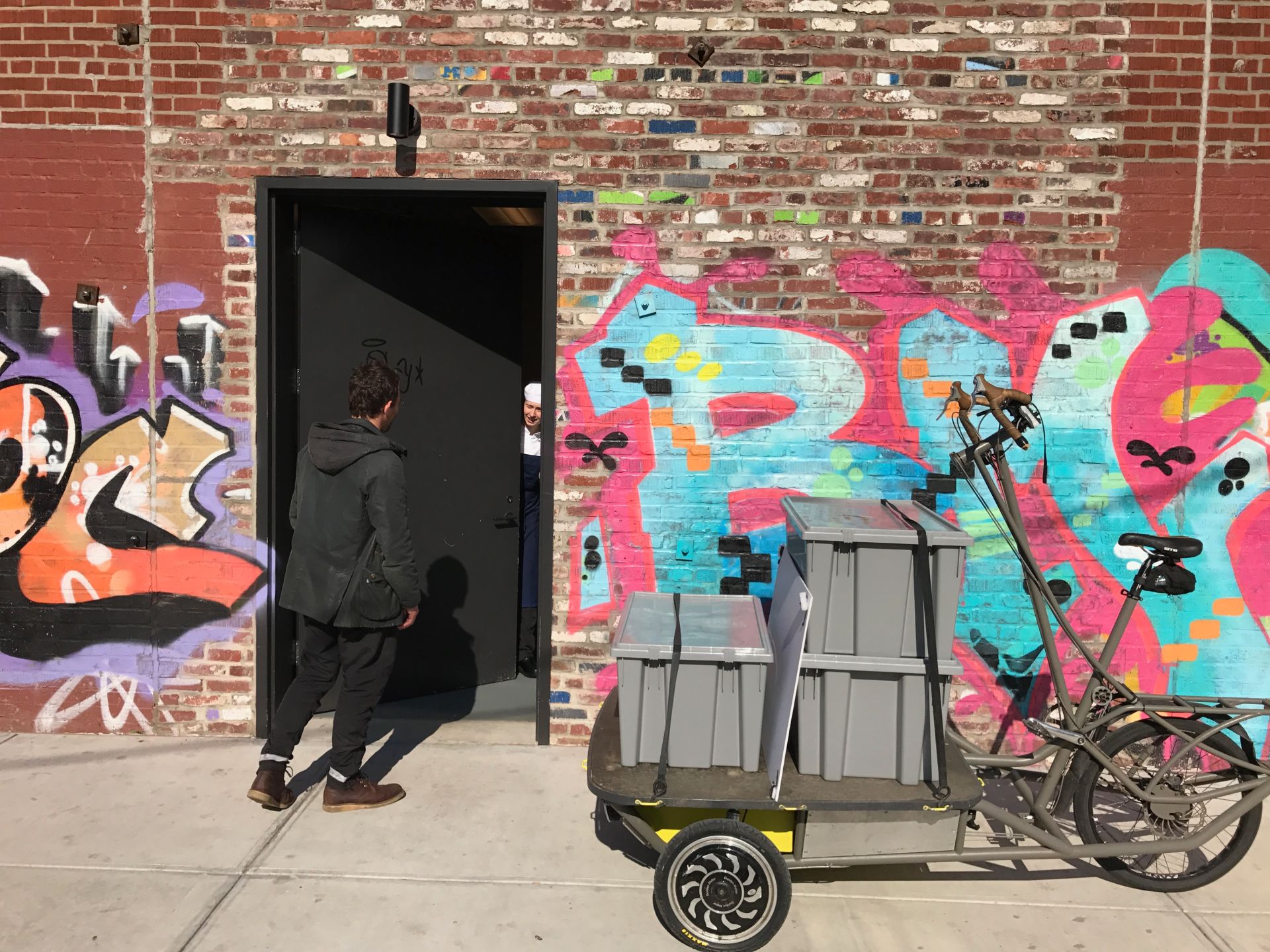 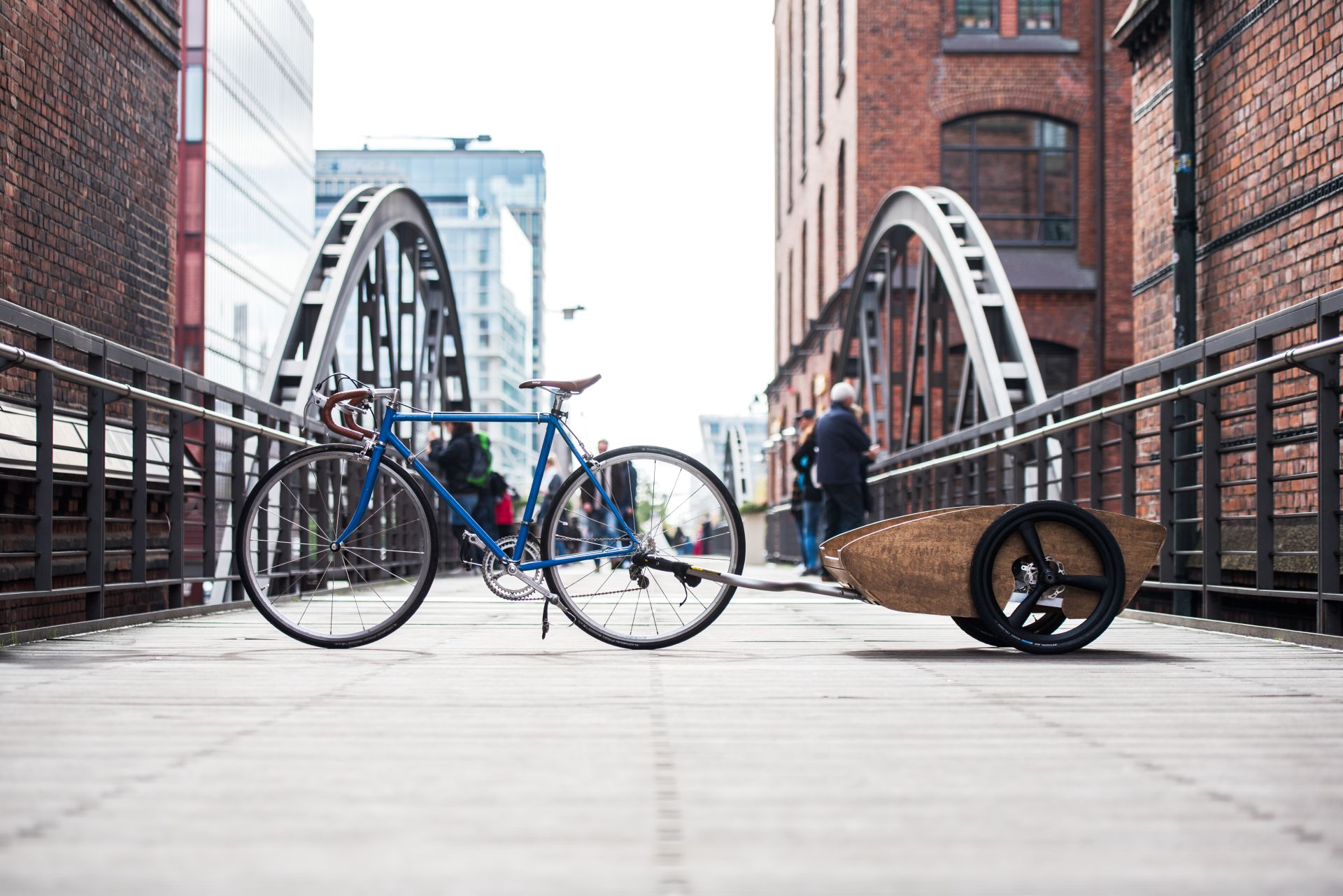 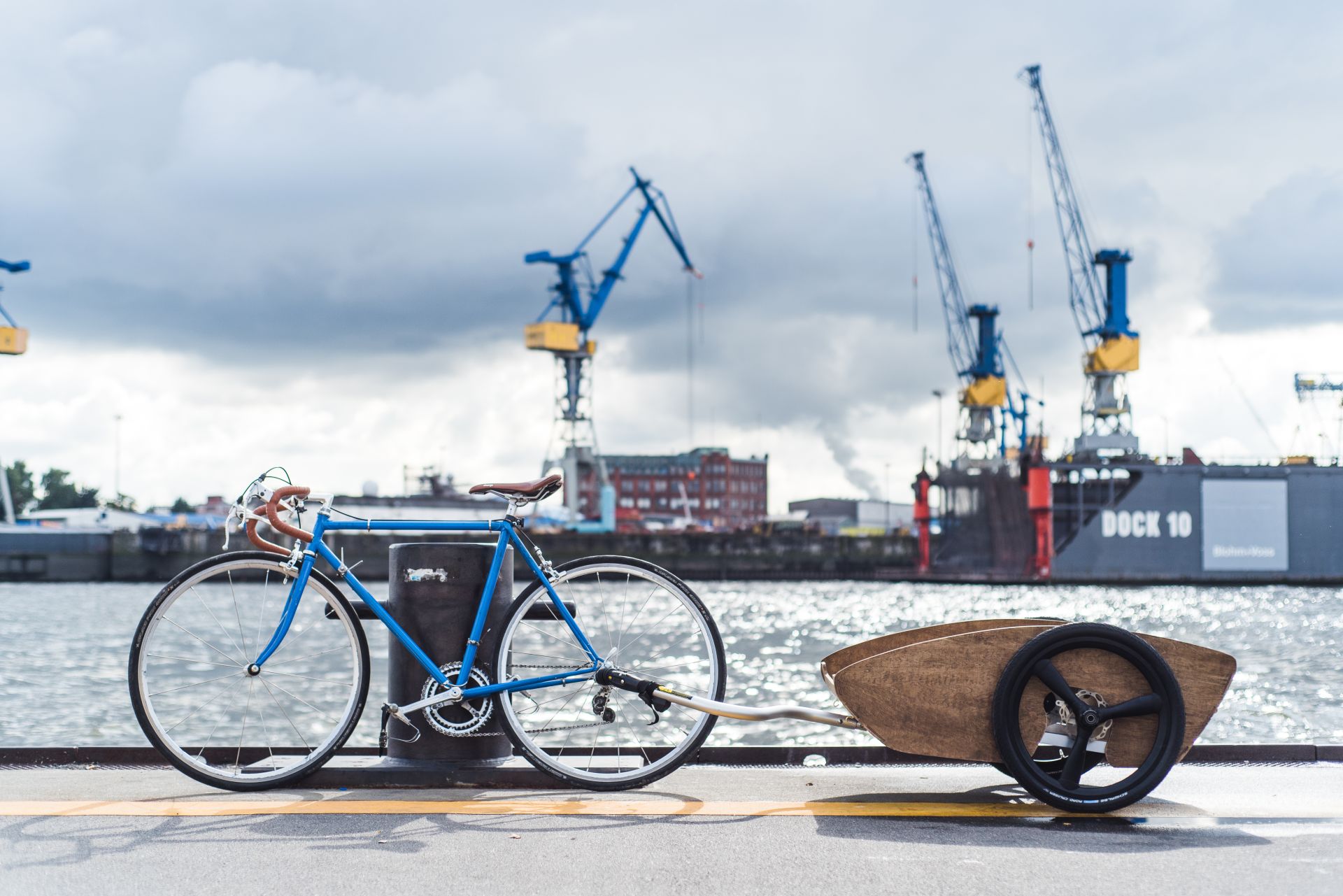 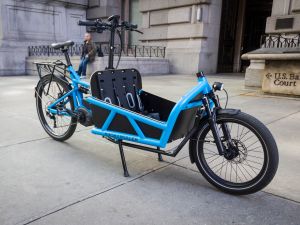 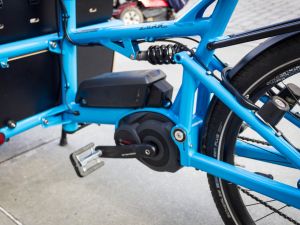 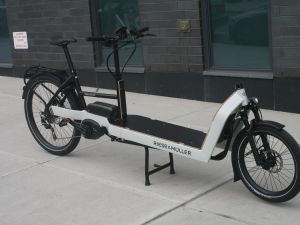 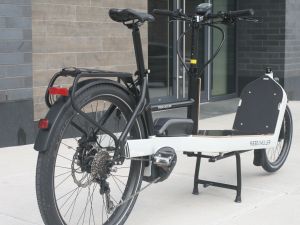 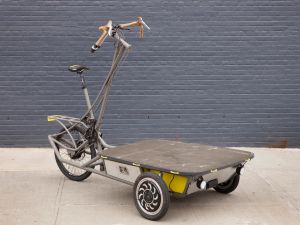 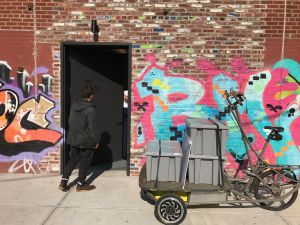 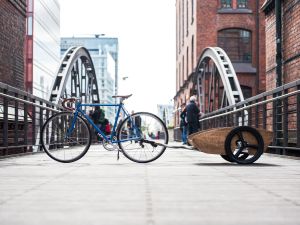 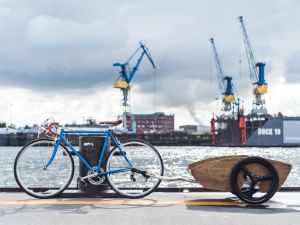 Lassen and Hennigs is one of those New York delis with racks of black and white cookies and tomato and mozzarella salad in big glass cabinets. It’s old school, but it has been shifting to delivering its catering orders a new way: cargo bikes. “As our company started getting busier, we started delivering outside the neighborhood,” Thomas Calfa, a co-owner of the deli, told the Observer in a phone call. It used its own van or car services to get its stuff around, but then Calfa tried out a Riese and Müller cargo e-bike for making deliveries. Within a couple months, he bought the shop a second one.

Now, the deli has three cargo bikes making most of its runs, but it hasn’t yet gotten rid of its van. The bikes get there faster than gas guzzlers on most trips, saves parking ticket and insurance costs and allows the shop to hire delivery staff without a driver’s license.

Delivering food in big cities amounts has become big money. In the early days of tech startups, home delivery of restaurant meals took off right away, and the merged giant of Seamless and GrubHub is now worth $2.9 billion. The question is: could delivery get done better and could more kinds of businesses benefit from service to customers’ front door?

“We have a solution that is ready for the market today,” Natalia Tomiyama, a co-founder of Nuwiel, told the Observer during an interview at SXSW. Nuwiel is one of three companies we spoke with that are building a business around the idea of human-driven bicycles built for big loads, with electric motor assistance. They each have a slightly different take on the nascent industry.

Operating from a small city outside Frankfurt, Germany, Riese and Müller has been making electric-assisted bikes since 1993. The company has 200 employees selling 30,000 e- bikes all over the world (but especially Europe) every year.

The Observer got a chance to ride its full-suspension bike, the Load. Heiko Müller, the company’s co-founder, argued that it a cargo e-bike is the right bike for an urban dweller. “You don’t have to think about whether you have to transport something or not,” he argued. “You can just take it and you are open for all options which the day brings.”

The Load is a full-suspension bike with a rider-assisting engine, a big front-loading cargo bay and a built-in security system. We took it for a little spin around Battery Park and up along the Hudson River bike path. It was easy to feel the engine pouring on speed as you hit the acceleration, though it was a bit disorienting having the front wheel so very far away from my handlebars.

With the big cargo basket out front, it has a very different turning behavior when you steer than a traditional bike, but Müller contends that by making a two-wheeled e-bike, rather than a tricycle, it’s considerably more nimble.

According to Chris Nolte of Propel Electric Bikes, an e-bike shop in Brooklyn, delivery businesses have favored another bike from the company a bit more, the Packster. It is available with 60 or 80 cm loading area, with various customizations available to specialize for particular kinds of cargo.

Upcycles envisions itself as an off-the-shelf logistics solution for companies that want to move into the e-bike delivery business. We first encountered the company when we checked out Urban-X in Greenpoint, a space incubating companies building businesses around cities’ intractable conundrums.

Upcycles has spent the last several years designing and building an electricity boosted tricycle with a giant loading platform. It has built two prototypes so far, with a third version closer to a final product on the way. It’s early models are currently doing daily runs between a Greenpoint bakery and two neighborhood restaurants.

“The local aspect fits into how we see urban distribution,” Wong told us. “We want to provide the hardware, the tools and the teams.”

When it is through, entrepreneurs in other cities could buy both bikes and Upcycles’ dispatching software to set up a business moving a neighborhood’s goods around. To understand that business, it has undertaken providing those same services around north Brooklyn now.

This Hamburg-based startup aims to make any bike into a cargo bike. It offers a smart trailer that can attach to most bicycles and knows how it should behave. It can accelerate, decelerate and brake. It can even provide a little bit of extra push to help cyclists get up a hill.

Tomiyama said that the company has focused entirely on the commercial market now because its trailer is still too pricey for consumers. “It is 50 percent faster to deliver goods on bikes with trailers,” Tomiyama asserted. “Hopefully, from May on, our trailers will be seen on the roads in Berlin and Hamburg.”

From there, the company will market in all the bike-friendly, dense cities, aiming to solve the final step in the delivery process for the world’s logistics companies.

Self-driving cars will change the way people and stuff move around cities dramatically, but they aren’t ready yet. In the meantime, cargo e-bikes don’t generate smog and they lower traffic congestion. New York City Councilman Ydanis Rodriguez has become so convinced by cargo e-bikes that he’d like to see cargo trucks banned from the city between 7 AM and 7PM. Cargo e-bikes, he argues, can handle personal deliveries in the city at that time. He’s called for an update to state law to allow cargo delivery by bicycle.

Before self-driving cars make deliveries on the road, six-wheeled droids might do it along the sidewalks—if they really work and if cities permit them to do so.

“All of that is solutions for tomorrow,” Tomiyama said. “What we offer now is the clean transportation solution that one can use today.”