Following every RuPaul’s Drag Race, the Observer gets the scoop from one of the contestants. Next up: Charlie Hides.

Observer: When you sized everyone up on day 1, who did you think was your biggest competition?

Charlie Hides: I knew Peppermint was a phenomenally talented “all rounder” with a gorgeous face and an infectious laugh.

The show is increasingly presenting Eureka as loud and overbearing. Was it that way in real life?

More! You are only seeing her in short bursts. We spent 18 hours a day with her. She never says 3 words when she can say 35, LOUDLY. But outside of the competition she’s got a heart of gold.

Who would you have done for Snatch Game?

Joan Rivers or Lana Del Rey. My versions of them on YouTube are spot on.

Did you feel that it was fair that Cynthia got to come back?

Absolutely. She was a fan favorite and has a lot more to offer than what we saw in Season 8.

Until recently drag in the US was much more polished but the UK has caught up quickly. In the UK, almost all the acts that work regularly are live singers and accomplished comics who do hour long shows but British audiences don’t tip.

What did you find strangest about America when you moved here?

In the UK they use humor and sarcasm every day to smooth out daily interactions and to defuse tension. Americans use handguns.

It was very confusing. But I’m a night owl and only see the sunrise at the other end of the day, so I’m not too worried about ruining my chances of being a Morning TV host.

That lip sync–Was the idea that you knew you wouldn’t be able to out dance Trinity so you tried to convey the emotion of the song in other ways?

Partially, I had a cracked rib from the cheerleading challenge so I couldn’t move. I thought I’d offer authentic Britney 2007, dressed like a slut, dead behind the eyes and lip syncing badly. 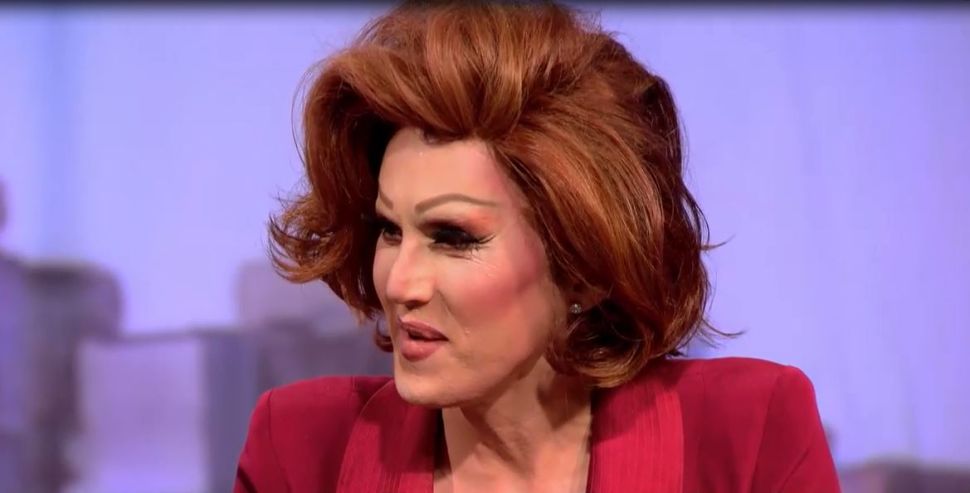