This year’s Snatch Game is a massive improvement over last year. Though there aren’t any hilarious standouts like Ginger Minj’s Adele or Sharon Needles as Michelle Visage, the smarter queens picked well and delivered. Sasha confesses to not being particularly funny, and her mistaken belief that talking in academic jargon is even remotely droll is quickly corrected by RuPaul. Instead, the cerebral Ms. Velour took a big risk in doing Marlene Dietrich, but her flawless and subtle accent—and her subtlely played jokes—was excellent. The temptation on Snatch Game is to do broad, and to be understated yet hilarious is very hard to do.

It’s obvious that Alexis Michelle has been waiting to do Liza in the same way Jinkx Monsoon had been champing at the bit for probably decades in order to perform as Little Edie in season five. She’s fun, she’s goofy, she’s silly and her impression still read even if someone didn’t know who Liza was. A real standout from start to finish.

As the judges later pointed out, having a queen do another queen is kind of a cheat. Aja as Alyssa Edwards has been done before—and better—by Violet Chachki. Heck, even Alyssa Edwards as Katy Perry was funnier in a car-wreck sort of way. But Nina Brown wasn’t merely doing an impression of Jasmine Masters but a caricature of her. She managed to kill two birds with one stone. First, she delivered an absurd character that wasn’t just one note. Second, by playing such a bitter Betty she was poking fun at her own dour energy in recent episodes and began to redeem herself.

What’s bizarre was that Cynthia walked in last season claiming that comedy is one of her skills. Making people laugh and being intentionally comedic are not the same thing. Cynthia’s attitude and bubbly personality are infectious but they aren’t jokes—and neither was anything she did on that stage. It was cringeworthy, as was Farrah’s turn as Gigi Gorgeous. Speaking of which: it is getting harder and harder to see Farrah going much further this season unless it’s in an under-the-radar sort of way.

Let’s talk about the runway, Night of A Thousand Madonnas II. Last year several of the queens chose the same Madonna look, the kimono. It was hardly one of Madonna’s iconic outfits, so it was quite odd. Who knows, maybe they’re given a dossier of choices? That would make more sense than a coincidence. In any event, Acid Betty got sent home that episode despite having the most creative and conceptual outfit on the stage.

This year was an improvement, with a few of the queens really hitting it out of the park. Sasha Velour as Erotica Madonna was both in keeping with her own persona and delivering a very Madonna look. An androgynous outfit (tied into her Snatch Game character) is actually hard to pull off as a male, as Milan learned during his/her season. The most clever look this week was underappreciated: Valentina as naked hitchhiker Madonna, down to the black censorship bars covering her private areas. Her Snatch Game wasn’t as good as Alexis’s, but her “outfit” was out of the box (phrasing!) and the most memorable one up there.

Now let’s talk about the lip sync between Peppermint and Cynthia. Peppermint hasn’t done anything particularly interesting, funny or memorable this entire year. Her winning look for the fairy tale princess challenge was good but hardly something that stands out this season, let alone in general Drag Race herstroy. She’s a polished veteran yet despite years of experience hasn’t seemed to have amassed any sort of great wardrobe. She doesn’t even really have a look, per se.

When we interviewed Sasha Velour pre-season, she dropped that queens would be revealing hidden talents—and that is exactly what Peppermint did. Peppermint isn’t a high-energy kicks and flips dancer like Kennedy Davenport or Chi Chi DeVayne. But as she switched from the robot to the MC Hammer it was effortless and entertaining. The smile on her face was infectious. She seemed to be having the time of her life, and watching her flow was one of this season’s highlights so far. The fact that Cynthia didn’t know the words and tried to compensate by moving her mouth around in an exaggerated manner made it all the more one-sided. Somewhere, Willam was screaming “Nurse!” as it was simply a massacre on that stage. The eliminated Cynthia was one of the sweetest queens of all time, and her consolation might come in being the first person to Miss Conventionality twice. 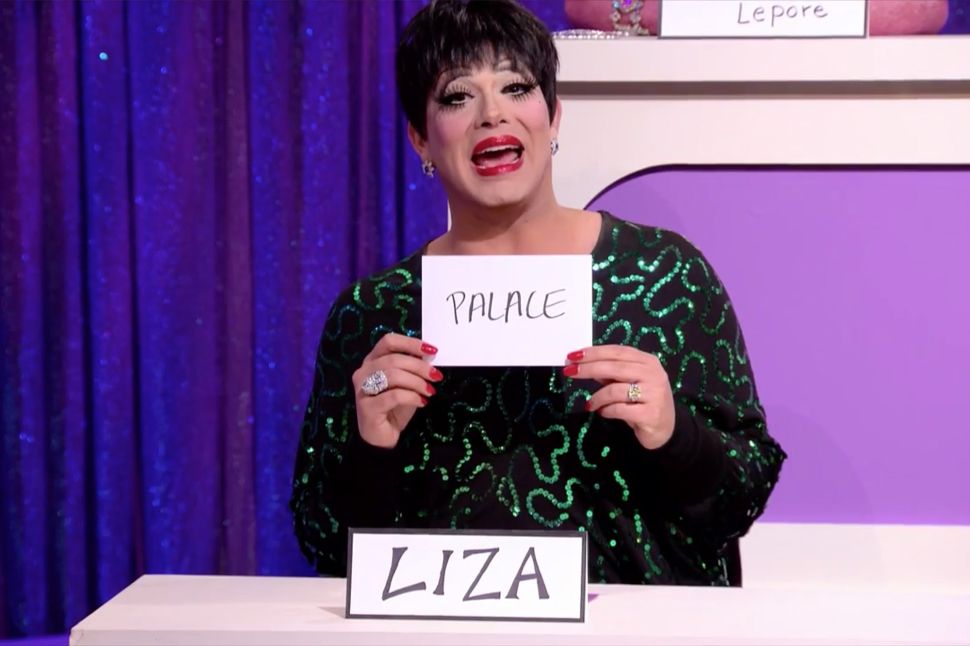