The Russian election interference narrative has devolved into Clinton loyalists attempting to rehabilitate the Clinton brand, so it was inevitable that the narrative would be used to attack Sen. Bernie Sanders and his supporters. These attacks have ranged from baseless allegations that Sanders supporters are Russian stooges to reducing their criticisms of Hillary Clinton to being the result of Russian bot-fueled propaganda.

Months after the election, Clinton supporters are still re-litigating the argument that she was a good candidate, which is, in essence, the effect of their claims that the Russian government hired people to pose as “Bernie Bros” to inflame progressives’ criticisms of Clinton. There has not been any evidence to support these claims, yet the allegations have been sustained throughout the past several weeks.

A few weeks ago, the Huffington Post published an article speculating that Russian trolls infiltrated Bernie Sanders groups to post fake news and news critical of Hillary Clinton. Instead of citing evidence, the authors of the article relied on conjecture and anecdotal evidence from a few people from Bernie Sanders Facebook groups, two of whom complained that their quotes were taken out of context and used to develop the narrative that Russia was manipulating the groups. These administrators’ complaints were more against hyper-partisan and unreliable news sources that people were sharing—many of which solely dealt pro-Hillary Clinton news, including PoliticusUSA, Addicting Info, and Blue Nation Review, which was funded by pro-Clinton Super PACs. This important nuance was ignored because it didn’t fit into the authors’ narrative.

The reporters failed to acknowledge that the poorly constructed fake news websites—that either poached articles from other sources or wrote fake news of their own—were created solely for-profit, not to manufacture negative opinions about Hillary Clinton. In December 2016, NBC News and other news sources reported on a Macedonian teenager who made $60,000 through a fake news website he managed.

Then, the FBI announced that they were looking into Breitbart and InfoWars. Clinton Watts, a former FBI agent, claimed during a Senate testimony that Sanders supporters were targeted by Russian bots, though he provided no evidence for his opinion. RawStory published a misleading article, using the pejorative term “Bernie Bros” and claimed that former General Keith Alexander said during a Senate testimony that Sanders supporters were “unwitting agents” in a Russian disinformation campaign. Alexander, who left the NSA in 2014, said, “I think what they were trying to do was drive a wedge within the Democratic Party between the Clinton group and the Sanders group, and then in our nation between Republicans and Democrats.” Alexander was only speculating that this was the Russians’ strategy, but RawStory transmogrified it into a smoking gun headline to attack Sanders supporters.

Claims that the Russian government created pro-Bernie bots to spread propaganda diminish the validity of criticisms of Hillary Clinton and the Democratic establishment. These claims also distract from similar campaigns conducted on behalf of Hillary Clinton during the election, which there is evidence for. Clinton Super PAC Correct the Record implemented their Breaking Barriers campaign, which included spending at least $1 million on internet trolls to “correct the record” of claims against Hillary Clinton.

This false narrative was quickly repeated by ShareBlue, a pro-Clinton media outlet owned by David Brock and run by former Clinton staffer Peter Daou, which didn’t offer any evidence to substantiate the claim and resurfaced the Bernie Bros smear campaign as well. The phrase “Bernie Bros,” despite being coined by a white male, was used to portray Sanders supporters as sexist white males. The term is still used in disingenuous attacks against progressives, who Clinton partisans would rather blame for Trump’s victory than taking responsibility themselves. 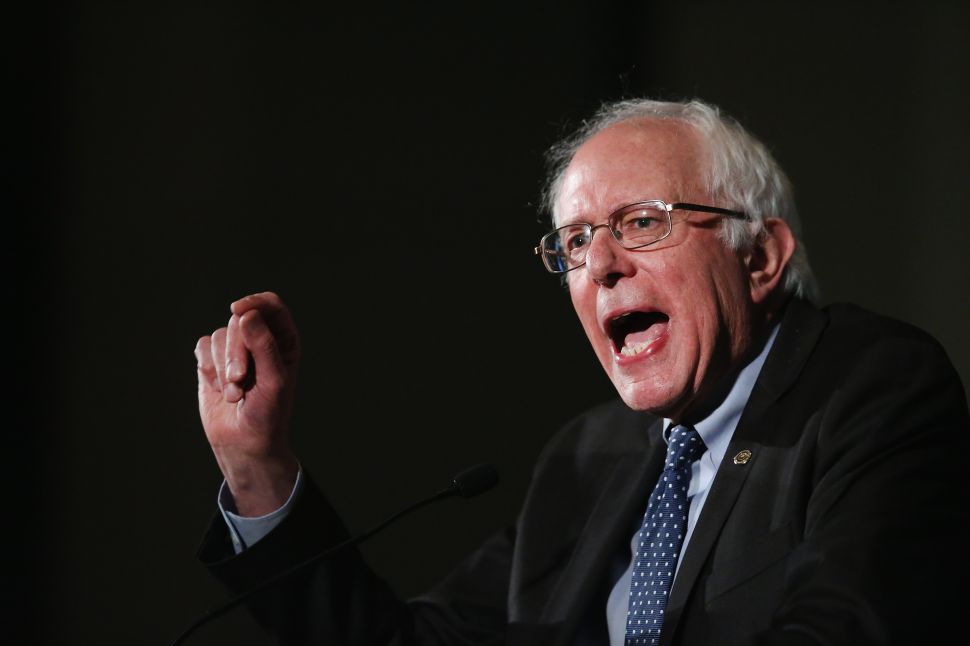