Senate Minority Leader Charles Schumer took today’s tax filing deadline as an opportunity to bash President Donald Trump for his refusal to open up his personal fiscal history to the public.

Trump broke with all other candidates for White House last year, Republican and Democratic alike, by not releasing his past tax returns during the primary or the general election—using the spurious excuse that he was under audit. By not divulging his financial information as president, the Queens-born commander-in-chief has broken an Oval Office tradition dating back to Richard Nixon.

Speaking at an unrelated rally in Manhattan today, Schumer asserted that the resistance to disclosure would prove a tripping point in negotiations over Trump’s proposal to slash the corporate tax rate.

The event at a public housing complex in Chelsea, led by the activist group Community Voices heard, highlighted Trump’s proposed cuts to the Department of Housing and Urban Development’s budget. Ironically, Trump’s own family business is a longtime stakeholder in Brooklyn’s Starrett City complex, which operates under a federally funded Section 8 contract—meaning it is likely the president himself has derived some income from a program he hopes to slash.

The exact amount of revenue Trump has seen from those subsidies, however, will remain unclear so long as he does not disclose his tax returns.

The senior senator from New York’s remarks echoed comments he had posted to social media earlier in the day.

If POTUS is serious about passing real tax reform to help the middle class, he should start by releasing his own full tax returns. #TaxDay

Until Pres Trump releases his full tax returns, a cloud of suspicion will remain & make it much harder to pass tax reform through Congress.

Schumer did not allude to suggestions by other Democrats that the president is concealing his business dealings in foreign nations, particularly Vladimir Putin’s Russia. 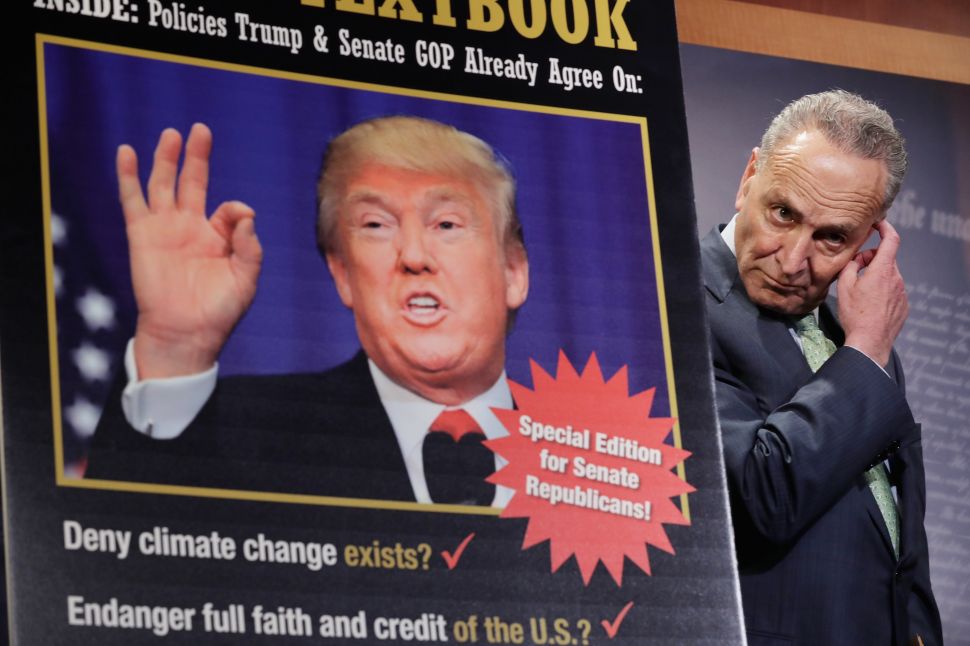