The Roman emperor Caligula—who ruled ever so briefly between 37 and 41 AD until he became the first emperor to be stabbed to death by his own people at the ripe age of 28—is remembered for a few things: excessive spending, torturing senators and sex parties. Clockwork Orange actor Malcolm McDowell famously portrayed the eccentric and depraved emperor in a 1979 biopic which so explicitly depicted Caligula’s fetishes that, while it has achieved cult status in some circles, remains banned in several countries, according to History. Nevertheless, Caligula continues to fascinate the public, and McDowell’s gloriously pornographic Hollywood portrayal of the emperor’s many sex times has done nothing to dampen the public’s fascination with the mad ruler.

Fast forward to today, and Alberto Bertucci, the mayor of the Italian town of Nemi, has enlisted police divers and research scientists from the country’s civil protection agency to search the bottom of the town’s volcanic lake with the hopes of finding one of Caligula’s 400-feet-long, 2,000-year-old boats—which were mostly utilized for orgies in their day. Divers will use high-tech scanners and ground-penetrating sound waves to search a portion of the lake where two smaller ancient boats were recovered in the 1920s, reports History. Those boats, which were discovered after the Fascist leader Benito Mussolini ordered the lake drained, contained advanced technologies such as piston pumps to produce hot and a folding anchor.

But Bertucci has revived the search now after being inspired by the accounts of a 16th century fisherman who once reported finding ancient objects and spotting a much larger vessel in the depths of the undrained section of the lake. With the aid of new scanning technologies, Bertucci believes divers will have better luck searching beneath the lake’s muddy bottom.

If divers do uncover the boat, what exactly can we expect this pleasure craft to look like? Caligula’s biographer Suetonius provides some clues: “Ten banks of oars…the poops of which blazed with jewels…filled with ample baths, galleries, and saloons, and supplied with a great variety of vines and fruit trees.”

Well, that certainly sounds like it would have been a lot of fun. For those interested, the trailer for the 1979 film features a quick glimpse at what Hollywood imagined the ship might have looked like: 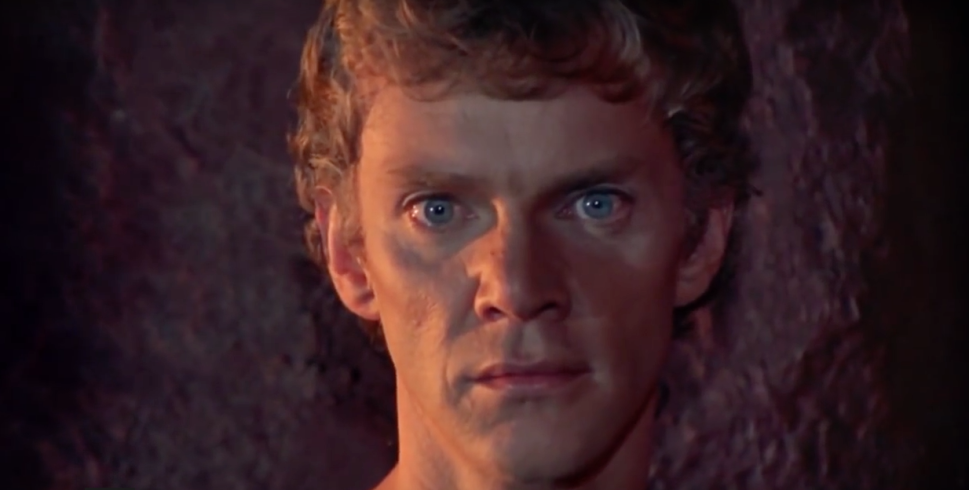