Scientists now believe that approximately 13,000 years ago comet fragments struck the Earth, sparking a dramatic change in the planets climate which led to the development of farming and permanent settlements, reports the Telegraph. This new consensus among experts, which follows theories first presented in best-selling author Graham Hancock’s 2015 book Magicians of the Gods, comes after close scientific analysis of stone carvings from Turkey’s Göbekli Tepe complex.

The site, which is believed to be the world’s oldest temple site (it’s 6,000 years older than Stonehenge and dates to 9,000 B.C.), likely served as an observatory, according to Dr. Martin Sweatman, who spearheaded research on the carvings at the the University of Edinburgh’s School of Engineering. Sweatman’s team found while studying symbols carved into the temple’s pillars that depictions of animals correlate with constellations and astronomical alignments associated with a comet strike.

“One of its pillars seems to have served as a memorial to this devastating event—probably the worst day in history since the end of the ice age,” Sweatman told the Telegraph.

Sweatman’s team used computer simulations of the night sky, as it would have appeared above the temple around the time it was constructed, to date the comet strike to 10,950 B.C., at approximately the same time as a worldwide dramatic drop in temperature known as the Younger Dryas. The mini-Ice Age is historically significant because it was during this period that the first agricultural Neolithic civilizations were established, a result of harsh climate conditions forcing nomadic groups to band together into tight knit communities that relied on farming, irrigation and the domestication of animals to survive.

“I think this research, along with the recent finding of a widespread platinum anomaly across the North American continent virtually seal the case in favor of (a Younger Dryas comet impact),” said Sweatman.

Other carvings found at the site include an early form of writing, and images depicting a headless man, which could be evidence of large loss of life following the comet strike, according to scientists. 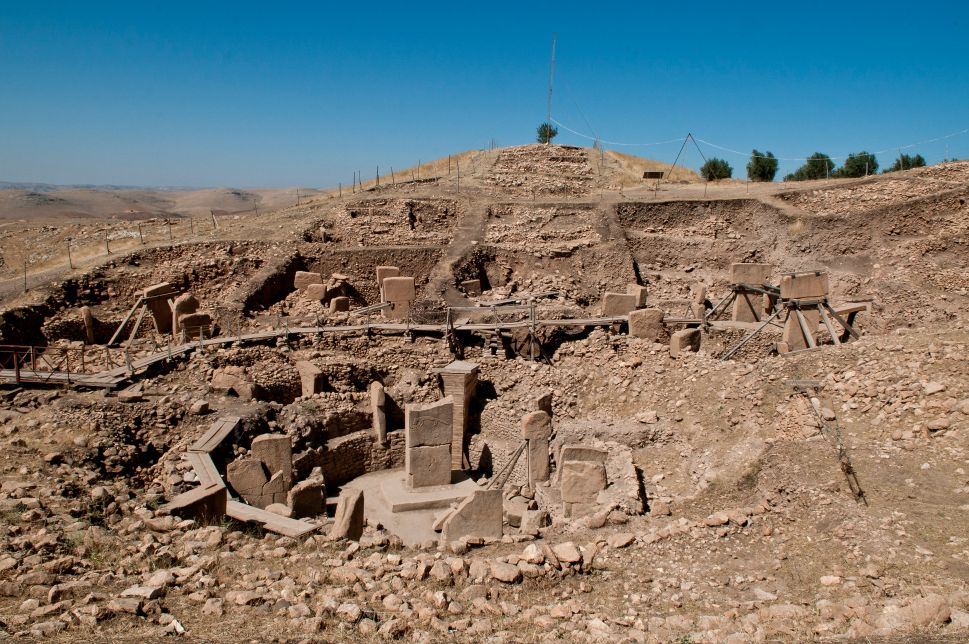